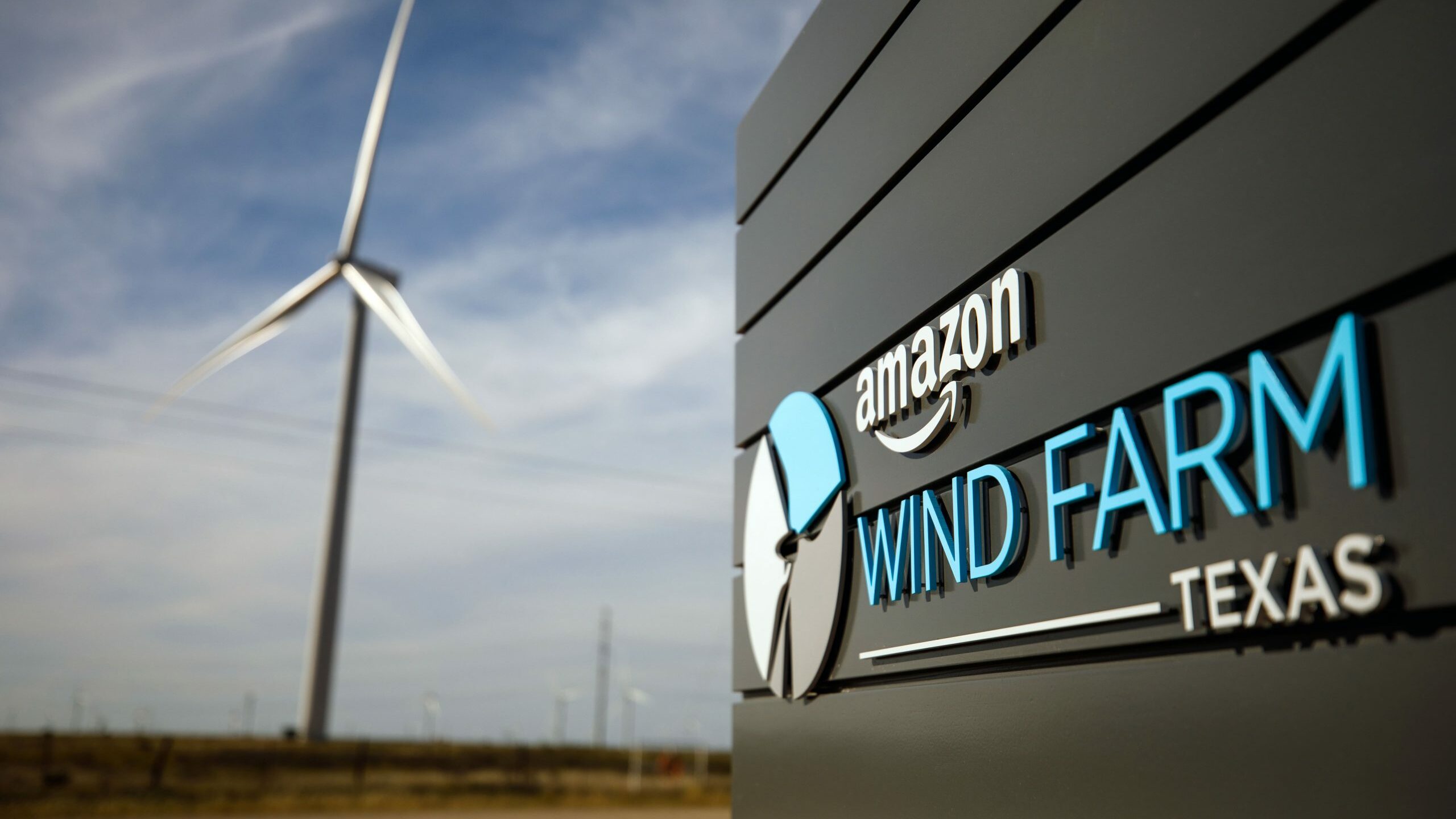 Amazon promises to become CO2-neutral by 2040 with The Climate Pledge and calls on other companies to follow suit. A sense of duty or marketing?

With The Climate Pledge, Amazon commits to becoming CO2 neutral by 2040. Among other things, through the use of renewable energy. Photo: Amazon

In Germany, Amazon has around 44 million regular customers. That is more than half of all Germans. To supply them, nine logistics centers with 11,000 permanent employees are spread across the country. Such a large company has a correspondingly large responsibility: to its employees, but also to its customers – and to the environment. And Jeff Bezos’ company now wants to take on this responsibility – as a co-founder of The Climate Pledge. Find out here what it says, who else is taking part, and whether it’s all just marketing. 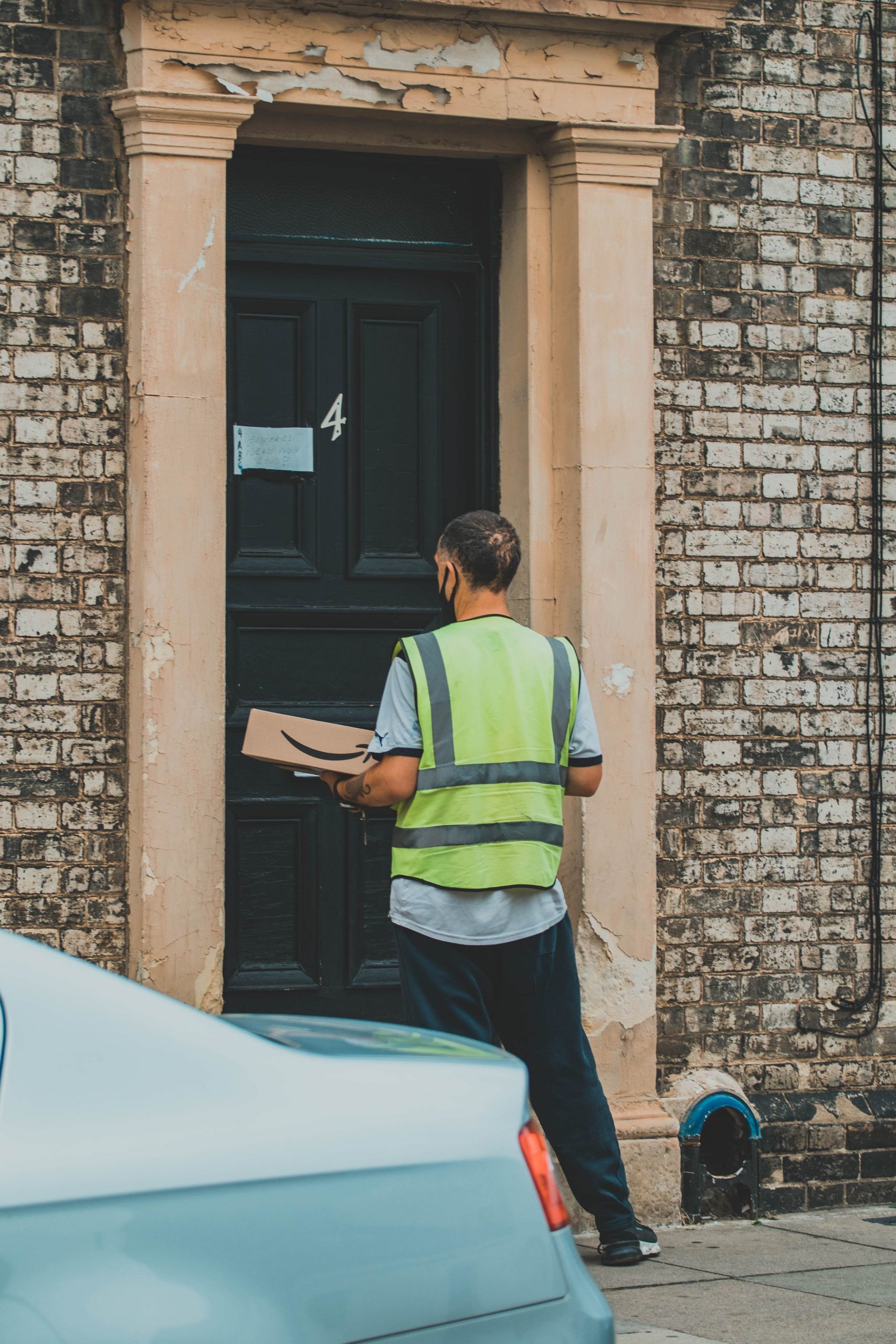 Usually, it does not bode well for the online retailer Amazon when its name appears in the headlines. This happens, for example, because of Covid-19 outbreaks in Amazon distribution centers or its low tax payments. Currently, the online retailer is under fire because an investigative reporter from German television broadcaster RTL infiltrated Amazon as a driver. Or rather, he infiltrated the subcontractor of Amazon’s subcontractor. The working conditions he uncovered in his report are unpleasant: impossible time pressure, excessive control, payment beyond the minimum wage. Amazon responded with a statement and a promise to investigate the allegations.

So it’s no wonder that the company that made Jeff Bezos the richest man in the world would like to see its name more positively associated. To do so, it uses, among other things, various commercials that do not promote Amazon’s products. Instead, they show what the company does for society. For example, in a spot that says that around 2,000 Austrian companies sell their products through Amazon, which means that the service provider secures around 10,000 jobs. One of the other undertakings with which Amazon is currently increasingly promoting a better image is “The Climate Pledge”. But what is behind The Climate Pledge?

The Climate Pledge by Amazon – what’s behind it?

The Climate Pledge is an initiative that Amazon founded together with the organization Global Optimism in 2019. Its goal is to get companies worldwide to join it and commit to CO2 neutrality. By comparison, the countries that signed the Paris Climate Agreement are pursuing the same goal. But their deadline is 2050, ten years later. So The Climate Pledge is an ambitious undertaking. As a founding partner, Amazon is the first company to sign The Climate Pledge, committing to implement its measures.

Three measures of The Climate Pledge:

Companies that sign on to The Climate Pledge voluntarily agree to the following three provisions:

But beware: companies will not be sanctioned should they fail to comply with the measures. Unlike the Paris Climate Agreement, The Climate Pledge does not impose penalties if a company fails to meet its targets.

Amazon has made Jeff Bezos the richest man in the world. Photo: Amazon 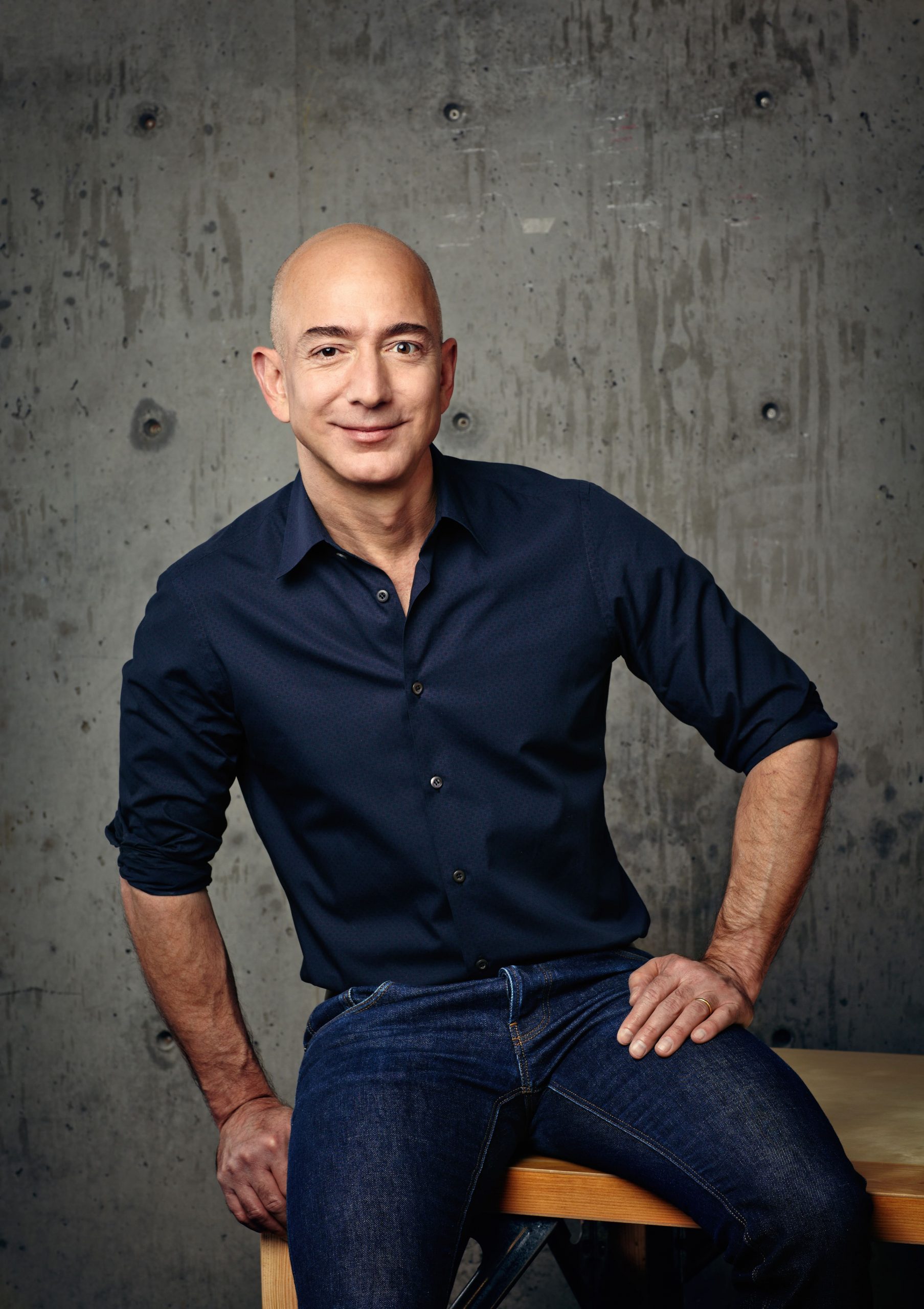 In addition to Amazon, 114 other companies have signed The Climate Pledge

It could be that this fact makes the commitment to The Climate Pledge low-threshold enough. Because at the moment – two years after its launch – a total of 115 companies, including Amazon, have already signed The Climate Pledge and thus committed themselves to working in a CO2-neutral manner by 2040. These include financial companies such as Klarna and Visa, beverage manufacturers Heineken, Pepsico and Coca-Cola Europe, and technology companies such as Philips, IBM, Microsoft and Siemens. In addition, there are companies that have shaken up the mobility industry in recent years (Lime, Uber), as well as the British TV broadcaster ITV and the shoe and clothing brands Brooks Running and Vaude. Other big names include the British corporation Unilever and Mercedes-Benz.

Is The Climate Pledge more than just greenwashing?

All of these companies have answered Amazon’s call to commit to the climate. On its website, Amazon writes: “Scientists tell us we have a limited window of opportunity to make unprecedented progress to limit global warming to 1.5 degrees Celsius by 2050. No one company or organization can do this alone, and everyone must do their part.”

But when a much-criticized company like Amazon suddenly positions itself as a climate protector, it doesn’t take long for accusations to fly that it’s a PR stunt and greenwashing. Is there any truth in this?

The Amazon Sustainability Report 2020 (only the second of its kind) lists, among other things, the following successes that the company was able to achieve last year:

In addition, there are other ambitious goals. By 2025, Amazon wants to work with 100 percent renewable energies and deliver half of its shipments CO2-neutral by 2030.

But the Sustainability Report also serves to measure and report on Amazon’s greenhouse gas emissions. And this picture looks somewhat different from the one painted by Amazon’s successes and goals. The company did not reduce its carbon dioxide emissions in 2020. On the contrary – they increased by 19 percent.

Amazon explains this with increased sales during the pandemic. In the Sustainability Report, the company points out that as a growing company, it does not pay attention to absolute emissions, but to carbon intensity. That is, to the amount of carbon emissions per unit of another variable. In Amazon’s case, that variable means per U.S. dollar of gross merchandise sales. So Amazon makes the following argument: They have increased their sales so much in the last year that their CO2 emissions have increased, but they have actually decreased relative to their sales. Namely, by 16 percent.

So if you ask Amazon, the company is in the fast lane when it comes to sustainability. However, the environmental organization Greenpeace sees things somewhat differently. As recently as 2017, Amazon failed Greenpeace’s Green Electronics Guide (which refers to Amazon’s own electronic devices). Among other things, this is due to a lack of transparency regarding the supply chain and chemicals in the workplace, as well as the use of non-renewable energy.

Greenpeace writes in the report, “Amazon remains one of the least transparent companies in the world in terms of its environmental performance, still refusing to disclose the greenhouse gas footprint of its own operations.” Today, four years later, Amazon has turned around its transparency strategy and discloses its emissions. 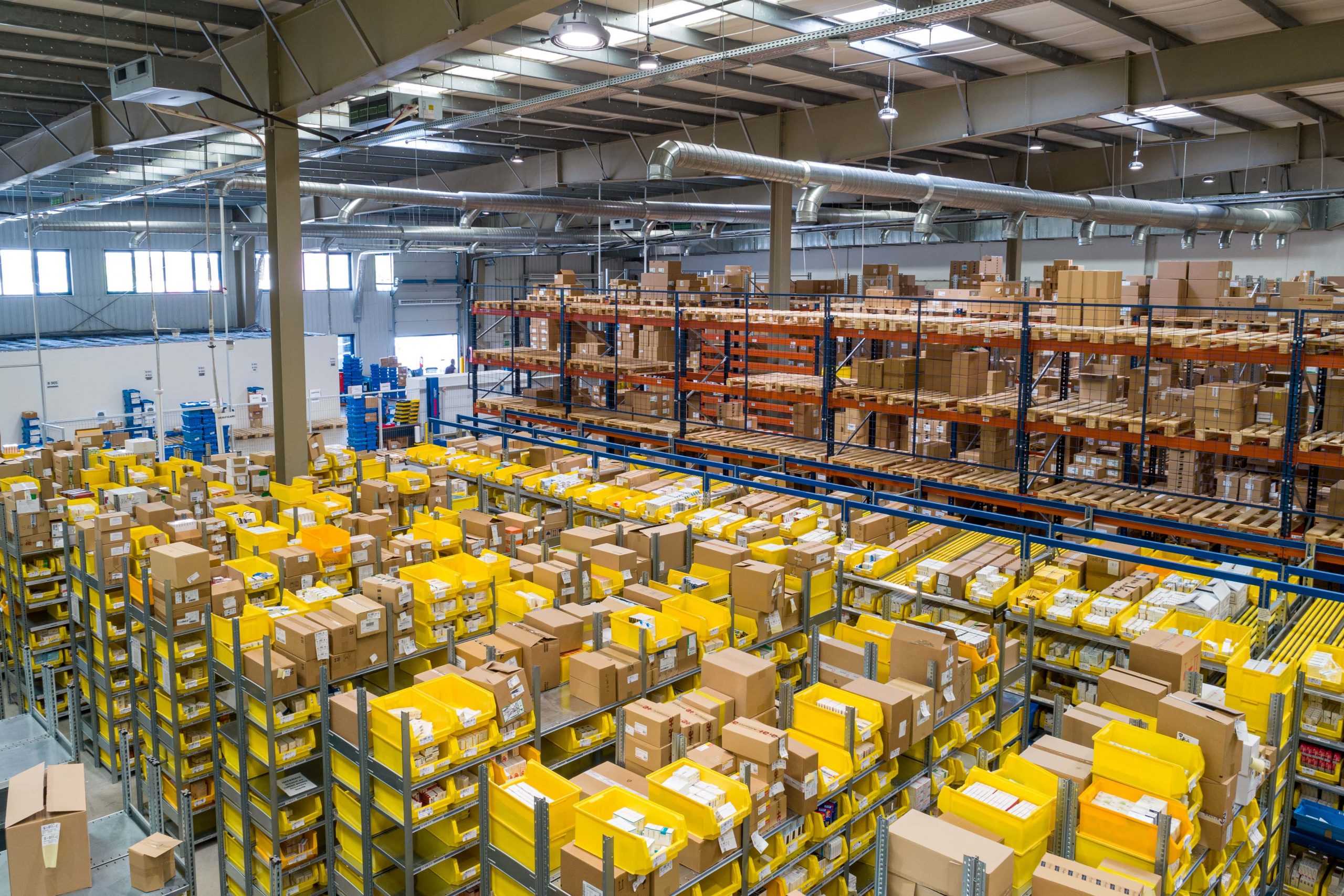 Amazon earns a lot of money from fossil fuels

Nevertheless, Amazon continues to fall behind other tech giants like Google and Microsoft when it comes to transparency. Greenpeace criticizes Amazon for not disclosing much. For example, the way in which the company plans to procure renewable energy or the strategy with which it intends to reduce its carbon footprint from 44.4 million tons of CO2 annually to zero. Amazon also did not provide even basic information about its energy needs, making it impossible for Greenpeace to realistically assess the impact of Amazon’s renewable energy projects.

What makes matters worse, according to Greenpeace, is that Amazon’s efforts to rely on 100 percent renewable energy are limited to its own operations. The supply chain, which accounts for over 75 percent of Amazon’s carbon footprint, is left out. Furthermore, Amazon claims sustainability while supplying oil companies like BP and Shell with AI technologies. These allow them to drill for oil more efficiently to produce fossil fuels. This is not particularly consistent with their newfound love for climate.

But criticism is not only coming from Greenpeace. ITV – the British television station that also signed The Climate Pledge – also published disturbing images in June of this year. An investigation by the news team showed that Amazon destroys millions of items a year in the UK – including electrical goods such as unopened Apple products, books and jewelry. As many as 130,000 items had to be destroyed weekly by Amazon employees at Britain’s largest warehouse, most of them in pristine condition.

The Climate Pledge is win-win for Amazon

All of this makes Amazon’s sustainability promise much less credible. The suspicion suggests itself that the company has other motives than environmental protection to commit itself to sustainability in such a high-profile way. In addition to polishing up its own image, there is certainly also an economic interest behind it. As SWR reporter Julian Gräfle put it in the program Marktcheck: measures that make a company more sustainable initially entail high investments. But in the long run, they can also save a lot of money – and if there’s one thing Amazon can do, it’s save money. If the savings can be combined with climate protection, and the company is put in a more positive light, it’s a win-win situation.

Should The Climate Pledge be viewed critically accordingly? Perhaps. It’s definitely a positive development that companies are publicly committing to doing more for the environment and reducing their greenhouse gas emissions. And they are doing so with greater transparency and clearly defined targets. But it is worth taking a closer look and not accepting every success story at face value.

During the 2019 UK General Election, the Labour Party put the issue of tree planting at the top of its agenda. The media response showed how important it is to educate the public about tree planting. Find out more. 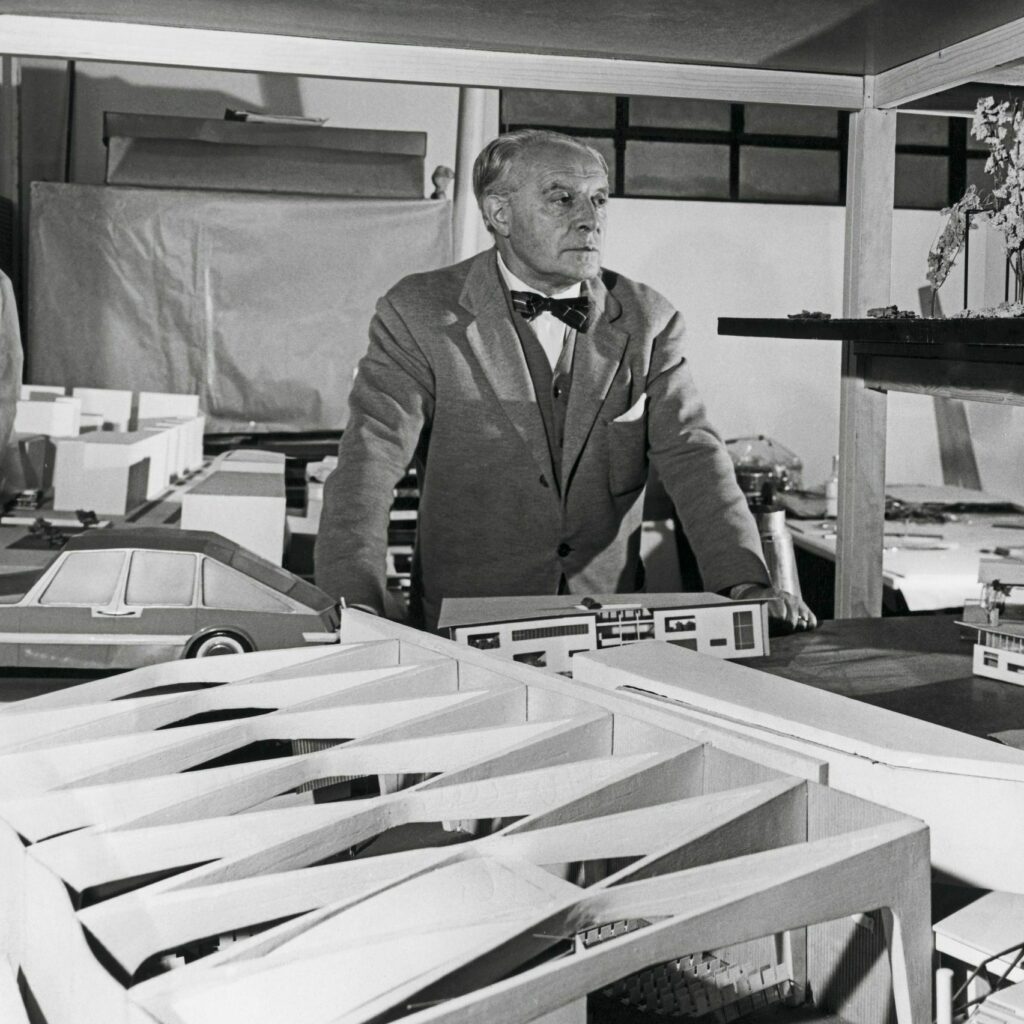 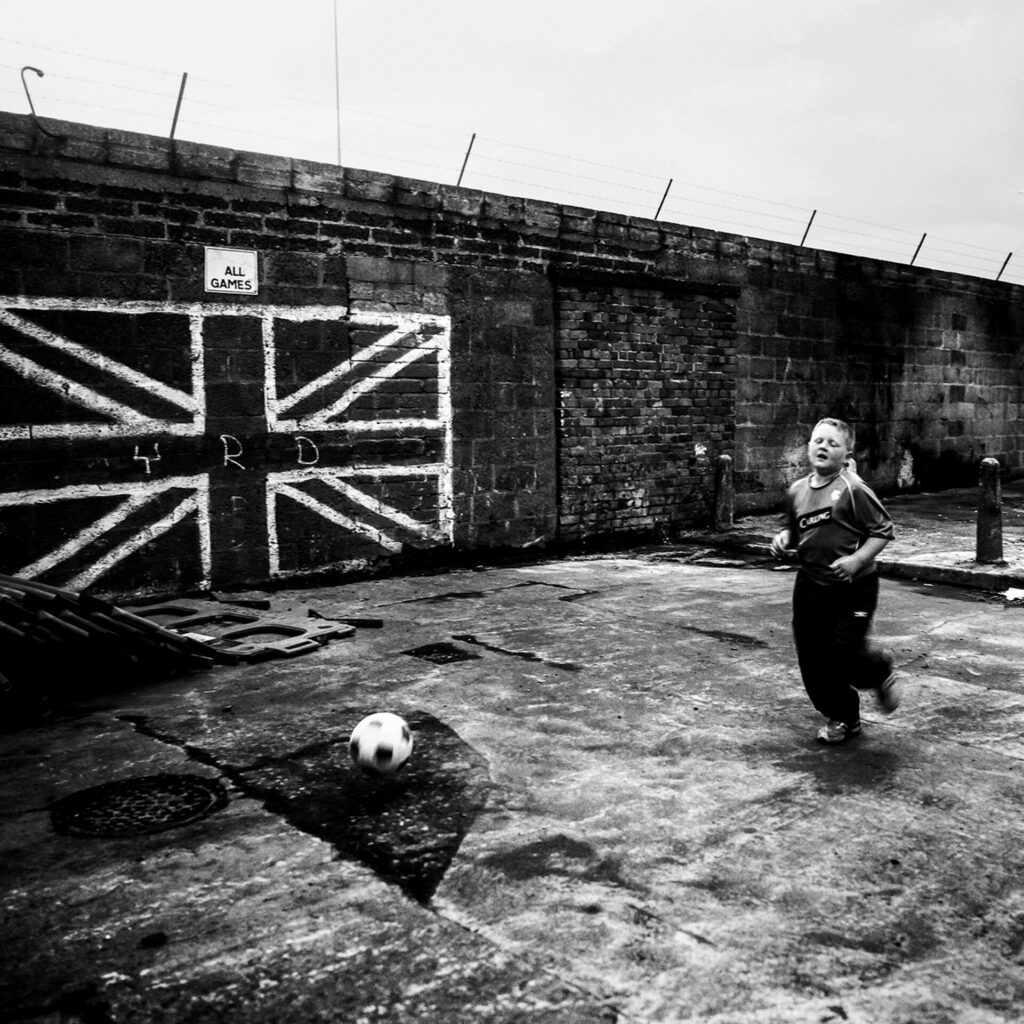 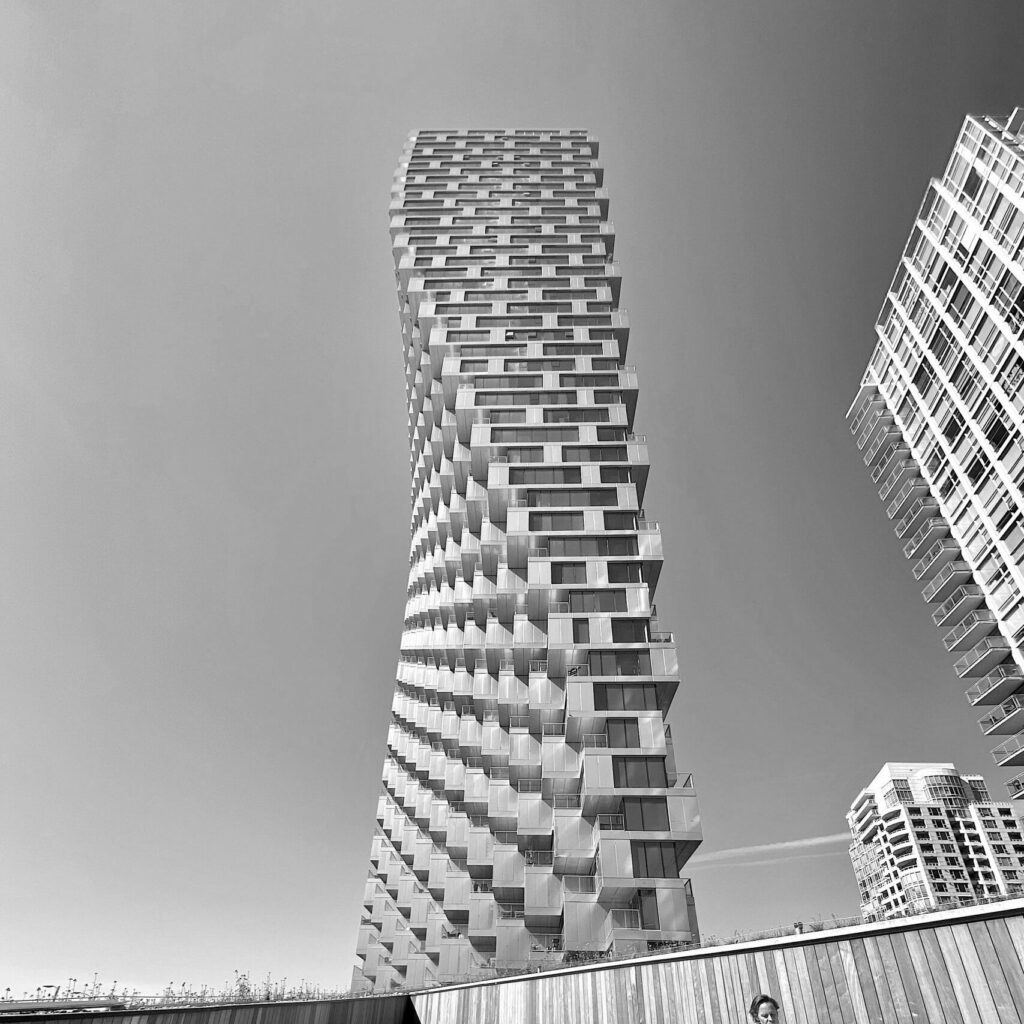 The UNESCO has decided on the new World Heritage Sites 2021. Here you can find an overview.