Battersea Power Station in London is being transformed from a traditional power station into an attractive public space.

London is usually associated with Buckingham Palace and the Houses of Parliament, but to most visitors to the city, Battersea Power Station is certainly not familiar. However, even the famous landmarks need electricity – and this is where the power station came in handy for a long time: before it’s shutdown in 1983, Battersea supplied one fifth of the city with electricity.

The iconic building is preserved

The site around Battersea measures around 42 hectares. The power station itself is the flagship of the £9 billion urban redevelopment. It is to be transformed into a visionary new riverside district. The plan is to create a vibrant community of 4,239 homes, offices, restaurants, cultural and leisure facilities, and 19 hectares of public spaces. Since its connection to the public transport network, the district is now part of the London Underground Northern Line. A new spatial concept for Battersea

The new spatial concept for the listed Battersea Power Station includes 100 shops, as well as restaurants, cafés and an event venue. In addition, the former power station also incorporates office space and 254 new residential units. A unique highlight is the chimney lift. “Lift 109” transports its guests to the north-western tip of Battersea, offering a 360-degree panoramic view of the London skyline. To execute this ambitious concept, WilkinsonEyre architects worked closely with the Battersea Power Station Development Company. After almost a decade of dedicated work, Battersea Power Station opened its doors on 14 October 2022. It is now open to the public for the first time in its history. In the former boiler house, two gigantic, spectacular atriums welcome visitors arriving at Battersea from the north and south. To preserve the original southern entrance wall to the power station, arched trusses behind the wall add the necessary stability. New skylights reveal the chimneys from below. For the reconstruction of the towers with poor substance, the architects used the original construction method from the 1930s and 1950s. Although this process took three years, it preserved the towers as the dominant feature of the power plant. The turbine halls, which, like the towers, do not originate from the same period, also show little change. Turbine Hall A is from the 1930s and still conveys an Art Deco feel. In the course of reconstruction, the architect supplemented its windows inside next to custom-made galleries with balustrades. These are connected by bridges and enliven the large volume. Carefully restored skylights also fill the hall with natural light. Meanwhile, Turbine Hall B, has a more minimalist aesthetic, dating from the 1950s. Both halls now feature curated brands from around the world. Similarly to the towers and turbine halls, the Power Station had two control rooms. From here, the station managed the power distribution from Carnaby Street to Wimbledon as well as the power supply to Buckingham Palace and the Houses of Parliament. Thanks to the restoration, Control Room A now serves as a unique event space. The architects also demonstrated a great deal of flair in the conversion of Control Room B. Here, guests of an exciting, all-day bar concept can experience the original dials and controls up close.

However, the power station’s main switchgear, meeting rooms, laboratory and battery are located in two other parts of the large building complex: Switch House West and Switch House East. After their careful refurbishment, these buildings eventually became the new home of the 254 residential units. The original builder Sir Giles Gilbert Scott inspired the WilkinsonEyre team, from the drama and scale to the choice of materials. In reference to the existing building, the entire project combines brick with glass, historic ceramic tiles and steel. Brickmakers Northcot Bricks in Gloucestershire and Blockleys in Shropshire already produced the bricks for the Battersea building. Now they also supplied the approximately 1.8 million bricks needed for its restoration. There are fully planted gardens on the roofs of all the main buildings and the reimagined outdoor areas around the power plant. The former coal storage area in front of the power plant and the area that used to be there for railway sidings form  a renaturalised park that invites visitors and residents of the district to linger. The legacy of Battersea

Almost 40 years after the proverbial plug was pulled on Battersea Power Station, it is making its comeback in a new context. It is among the most extravagant leisure destinations in London. The condition and size of the power station did not discourage the architects. Instead, they took on the challenge of repair and transformation. They first translated the building’s industrial heritage into a contemporary context. Then, they also highlighted historical features without changing its character. But by no means do they only celebrate Battersea’s original features. The interventions in the internal structure of the building create a new, modern spatial effect and bring everyday life into the power station through the event space, bars, offices and shops. Meanwhile, the rooftop garden space and adjacent parkland provide a balance to the hustle and bustle. The result is architecture that demonstrates courage and that people can enjoy in a beauty that enhances both Battersea and its surroundings. Find out more about Battersea Power Station here. 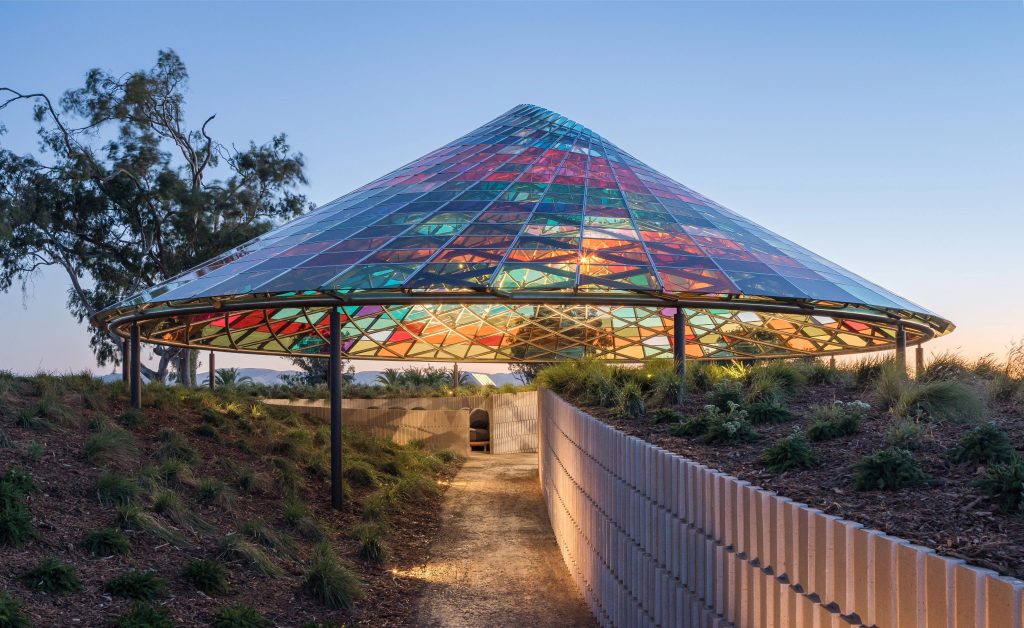 Olafur Eliasson and the Vertical Panorama Pavilion in California 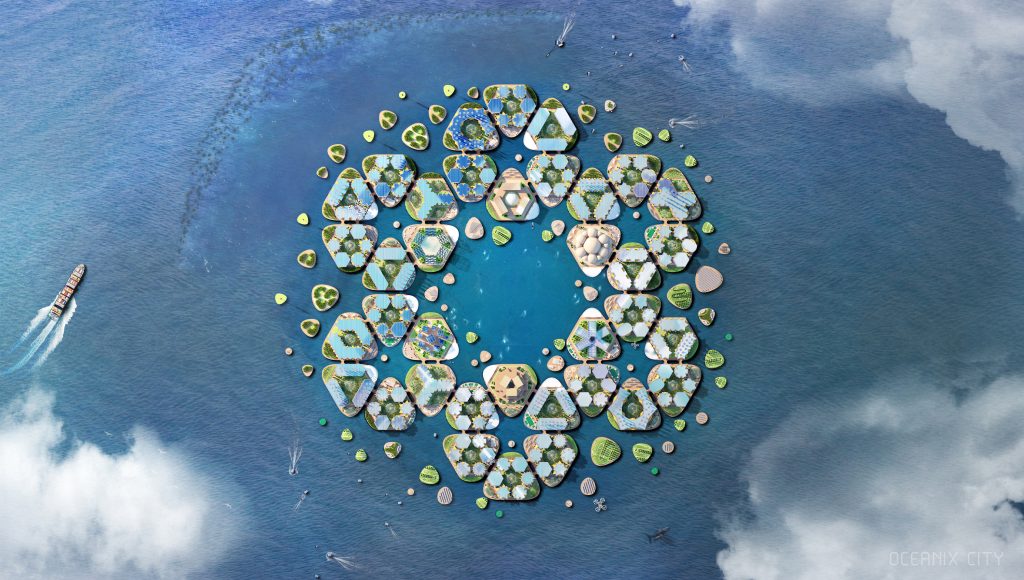 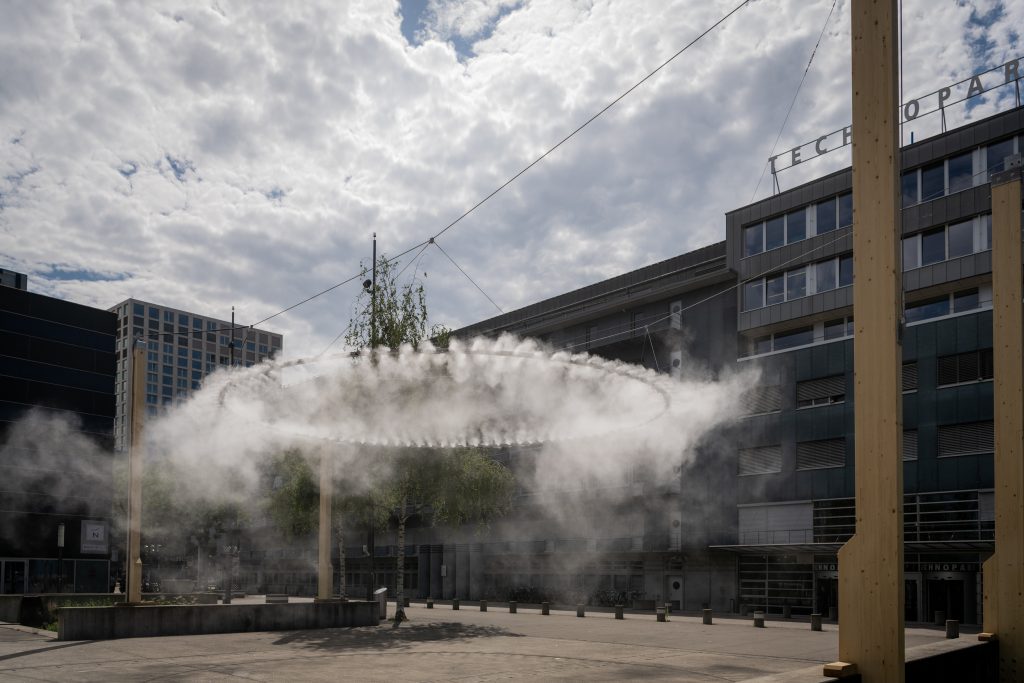