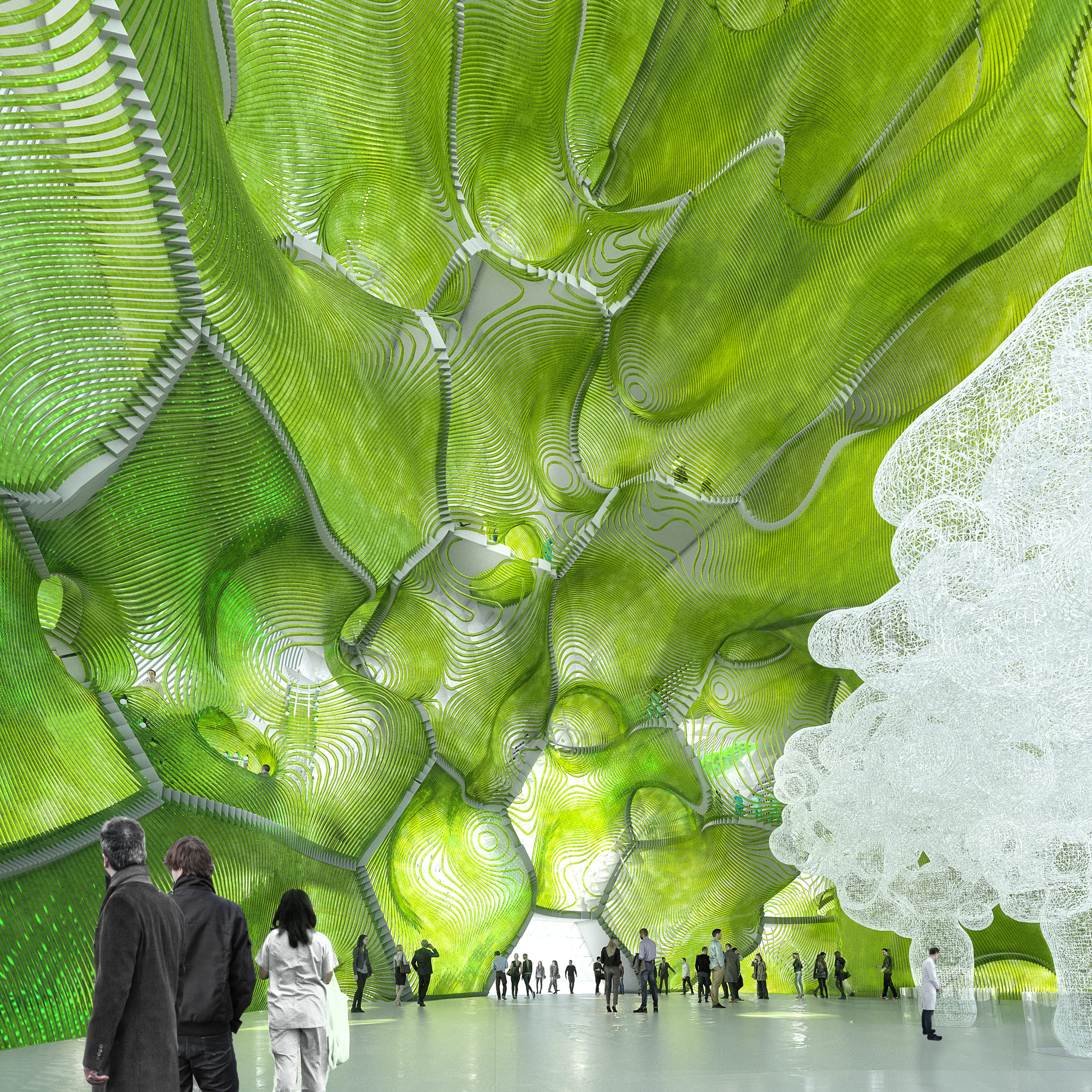 How does green technology evolve in a creative framework unburdened by dualistic or picturesque notions of the human and the natural?

It is timely in the Anthropocene, and even more so during a global pandemic, to search for a non-anthropocentric mode of reasoning, and consequently also of designing. Adapting to a post-coronavirus world means re-designing our society from the point of view of the viral ecosystems that are now inhabiting it. From this new perspective, nature appears as disconnected from its picturesque image and becomes hardwired into the complex infrastructures and non-linear digital processes that drive organisation in contemporary cities, the so-called Urbansphere. How does green technology evolve in a creative framework unburdened by dualistic or picturesque notions of the human and the natural?

The current rush of many cities to develop blue-green plans dealing with future threats of climate change is a testament to the obsession of our society with searching for ‘true’ answers within a problem-solving framework. The current global pandemic, however, highlights the urgent need for a new perspective to design innovation capable of engaging the systemic nature of the urban landscape and its architecture. Architects and planners often rely on a ‘sanitised’ and therefore highly aestheticised vision of the world’s ecosystems, exemplified by the very notion of green planning and its focus on greening cities. This notion may be one of the most enduring aspects we have inherited from modernity.

And if bacteriological control was at the origin of its sanitation efforts, modern architecture and urban design turned it into a style; in other words, modernity did in fact embed sanitation into an aesthetic value system. The contemporary paradigms of green cities and green technology are the direct consequence of the evolution of that value system. However, urban systems today are non-linear and composed of billions of interlocking feedback loops, they are an Urbansphere. Waste production, pollution emission, food and water contamination are some of the most intense processes within the Urbansphere and a critical part of its contemporary metabolism.

These processes often constitute the dark side of urban ecology, a side that is often invisible to the human eye; it is confined to restricted zones of our cities and it is often transferred to poorer regions of the world. And, most significantly, it is erased from the consciousness of most urban dwellers in our developed world. 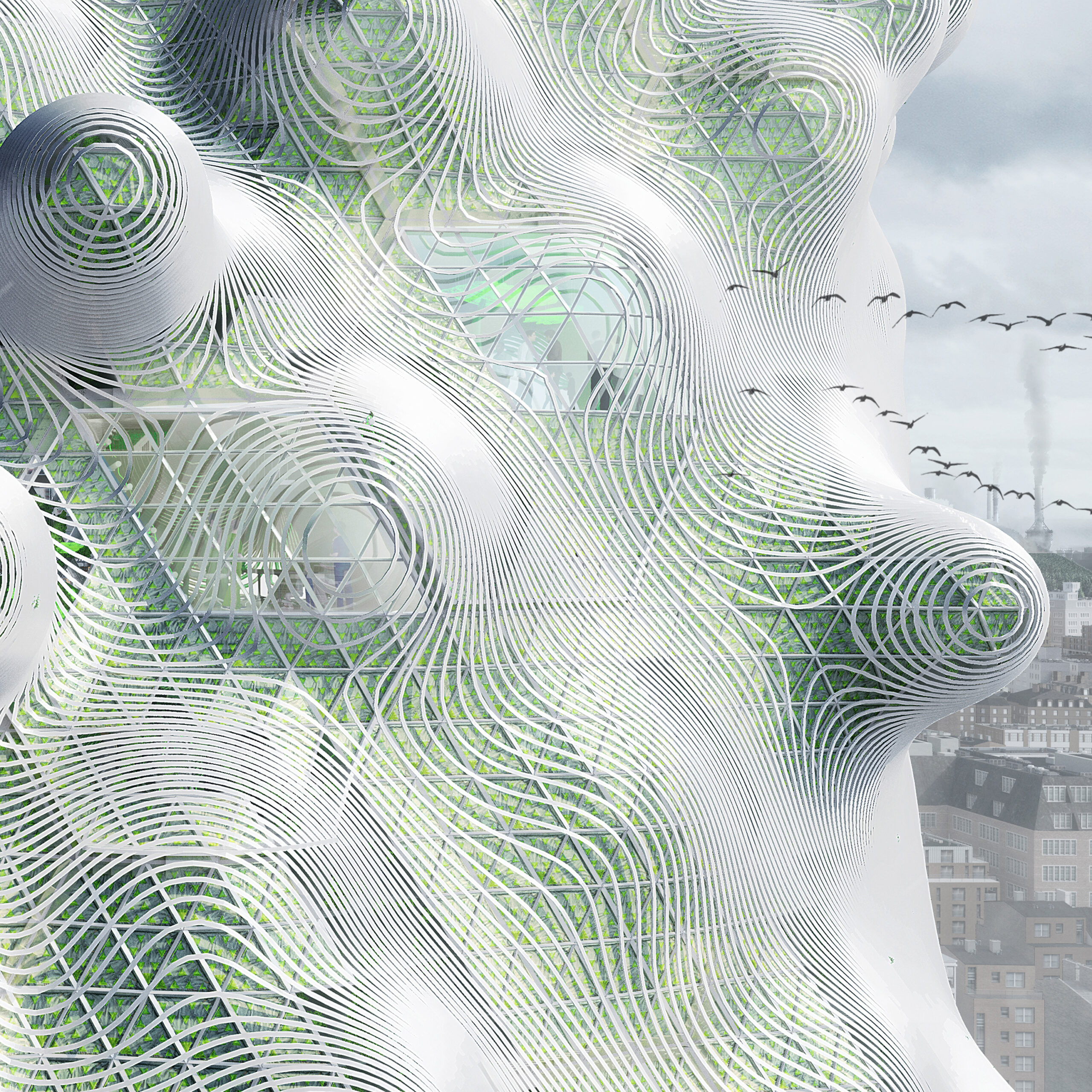 Reassessing the dark side of urban ecology implies bringing to focus a new aesthetic of nature and, consequently, of the urban landscape. This new aesthetic of nature projects the design practice into the realm of urban “waste”, the byproduct of urbanisation, where micro-organisms such as virus, bacteria and fungi become protagonists. These creatures induce fear because their tactics often elude our comprehension; however, their intelligence endows them with exceptional properties. For example, they can turn what we consider waste and pollution into nutrients and raw material. This realisation has pushed the cutting edge of green technology innovation today to work directly with the living urban micro-biome.

Among the most promising micro-organisms, cyanobacteria certainly stand out as one of the favourites among researchers and bio-designers alike. In the work of design innovation practice ecoLogicStudio, for example, algae emerged as a design medium already in 2006. Early research focussed on bioinspired computation, essentially developing new digital techniques to draw biological patterns, as well as the mapping and simulation of key environmental factors affecting the urban realm. In other words, researchers were trying to draw the invisible, giving form to the kind of forces that often escape the tectonics of architecture but that are nevertheless spatial. The urban heat island effect is a good example.

At the urban scale, it is the product of the interplay of anthropic emissions, urban morphology and local microclimatic forces; as such it is a complex system that can only be explored with the support of high-resolution satellite monitoring and digital thermal modelling. At the local scale however, people intuitively adapt to its manifestations, for instance by changing clothing or moving towards shade or greener environments. Integrating sensors give buildings similar abilities. Soon, however, it emerged that plants have exceptional abilities to register and respond to these gradients as, for instance, many species are phototropic. In addition, with their metabolism, they can affect these fields, for instance through evapotranspiration and oxygenation. In other words, plants could function as integrated sensors as well as actuators and, since they are living systems, they could do that efficiently within their own metabolic energy budget. But just how efficiently? Researchers discovered that micro-algae, or mono-cellular cyanobacteria, could be on average ten times more efficient at photosynthesis than large trees by unit of biomass. Also, their microscopic nature offered another interesting opportunity.The team at ecoLogicStudio, in an academic partnership with the Synthetic Landscape Lab at Innsbruck University and the Urban Morphogenesis Lab at the Bartlett UCL, was able to design artificial growing habitats and very efficiently integrate them in the built environment, even in very dense urban conditions or over existing buildings.

Cyanobacteria such as Spirulina platensis then became one of the most exciting media to actualise computational environmental drawings and simulations into the physical realm of architecture, essentially by evolving into living bits of bio-digital information or into “bio-pixels”. In the years to follow, ecoLogicStudio built a long series of urban algae gardens, creating biological maps of light and radiation intensity in the urban realm, and more recently also of air pollution and carbon dioxide emissions. In all of them algae respond, activating photosynthesis and growing new biomass. What can be considered – in the computational realm of environmental engineering – a simulated abstraction of the real, actualises in ecoLogicStudio’s installations into a complex bio-digital assemblage. From this perspective, cyanobacteria are the perfect organism to interface efficient engineering, aided by advanced computation, with the beautiful designs of the living world, thus short-circuiting the ethical and aesthetical imperatives that fuel most of green technology’s desire to innovate. Designing living “bio-pixels” promotes the emergence of a broader notion of “pixelated nature” in the urban realm and the emergence of the concept of synthetic landscape. At this level of abstraction, nature appears as disconnected from its picturesque image and becomes hardwired into the infrastructural and digital processes that drive organisation in cities and in the Urbansphere. In the Anthropocene age, this new perspective on nature and its aesthetic value system has a crucial role to play in the innovation of the disciplines of architecture and urban design. Aesthetic here is intended as a form of meta-language enabling a deeper level of communication between multiple ecological systems.

This crucial realisation has recently gained significance within the international debate. For many years the focus of design research has been firmly on the conception of new biomaterial systems. Recently however, their aesthetic actualisation has gained much attention. This is not so much in connection to traditional ideas of style, or provocation through image, but rather in connection to the notion of intelligence, of ecological intelligence. In many living systems, the patterns that they exhibit, which we often recognise as beautiful, are essentially a manifestation of their internal organisation, or the way they deal with material flows and how they optimise their metabolism. They are evolutionary traits emerged out of their interaction with the environment. The same can be said of contemporary green technology. Developing a specific bio-digital language is a way of enhancing intra-systemic communication. A communication that is not just digital or verbal, but is enabled by a visual language that people as well as non-human species and intelligent machines can read and reproduce. It may be a provocative language to many, since it questions their assumptions about the concept of nature, or the relationship between nature and technology in the Anthropocene age. 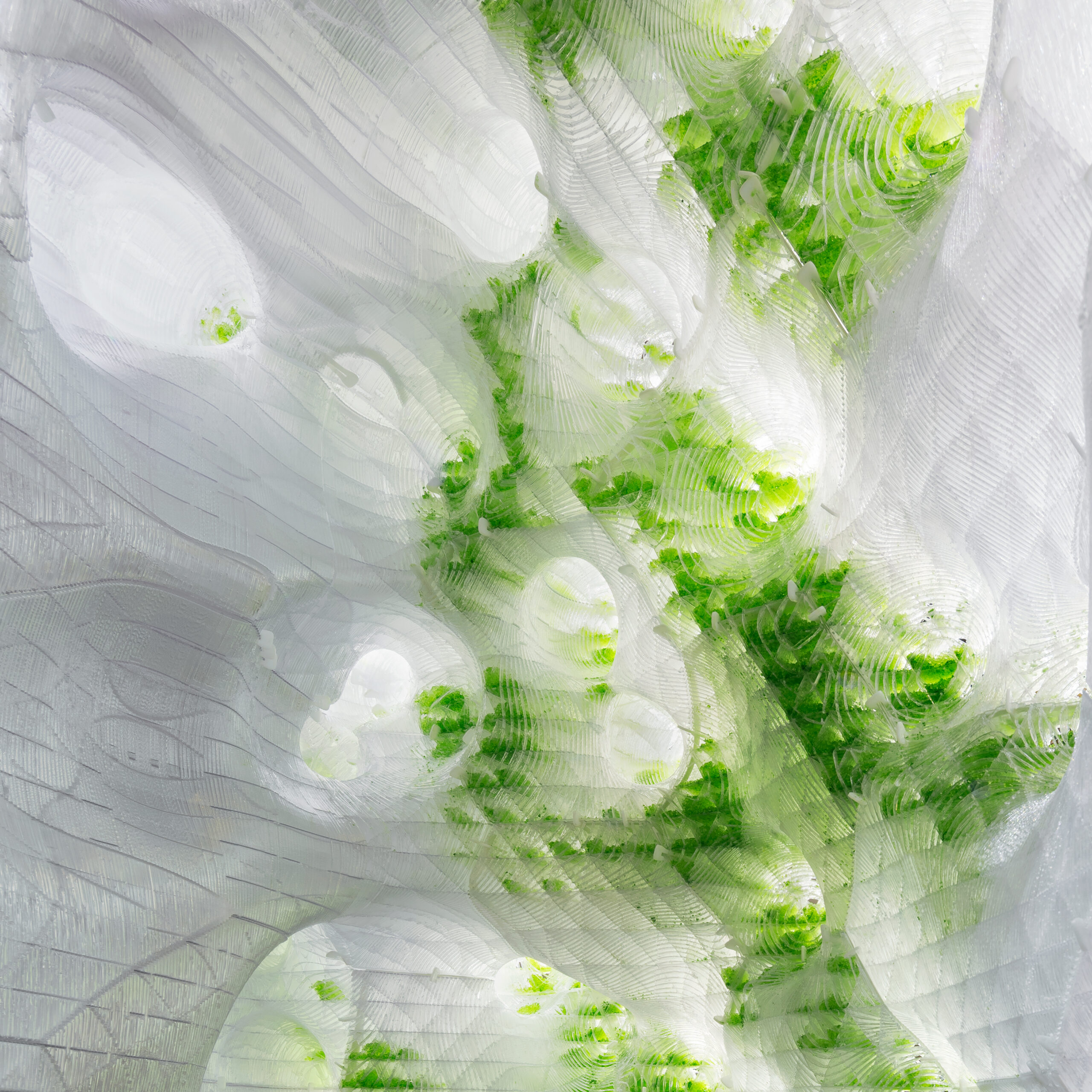 What does it mean today for architecture to be green and sustainable? And what does it mean to be green for the green technology we use to design, built, feed and power our cities? Contemporary researchers strive to have an impact. Today there is certainly more urgency. That urgency however should not let us forget that to have a positive impact, innovation needs to go through a profound cultural transition that technology alone cannot support. Hence the importance of design aesthetics, to open a window into the unknown, or a window into the natural world that, as we are now realising, we have collectively been misunderstanding for most of modernity.

Significant questions for example arise in places where it is impossible not to see and not to face the reality of the landscapes of the Anthropocene. ecoLogicStudio has recently been involved in a research project on the application of Artificial Intelligence to urban re-greening in collaboration with the United Nations Development Program. The project focussed on several test cities, one of them being Guatemala City. Guatemala City is situated on a complex and highly unstable terrain surrounded by mountains and volcanoes, some of which are still active. Its ecosystems, originally rich in biodiversity, are now made fragile by unchecked urbanisation and, given the region’s climatic zone, the effects of climate change. In Guatemala City this scenario is exacerbated by a serious lack of waste management.

The Guatemala City garbage dump is the biggest landfill in Central America, containing over a third of the total garbage in the country. Ninety-nine per cent of Guatemala’s 2,240 garbage sites have no environmental systems and are classified as “illegal”. Consequently, the terrain of Guatemala City is today a synthetic landscape composed of several layers of plastic and other man-made contaminants interlocked with layers of soil, rock and living vegetation.To unpack the complexity of this scenario, ecoLogicStudio created an interface registering and connecting the bottom-up processes of self-organisation, such as the many local waste recycling activities that are emerging out of necessity in the areas closer to the dumping sites, with the strategic decision-making that occurs at municipal, national and international levels. The aim is to find new synergies and direct investments where they have the most potential to engender positive change. 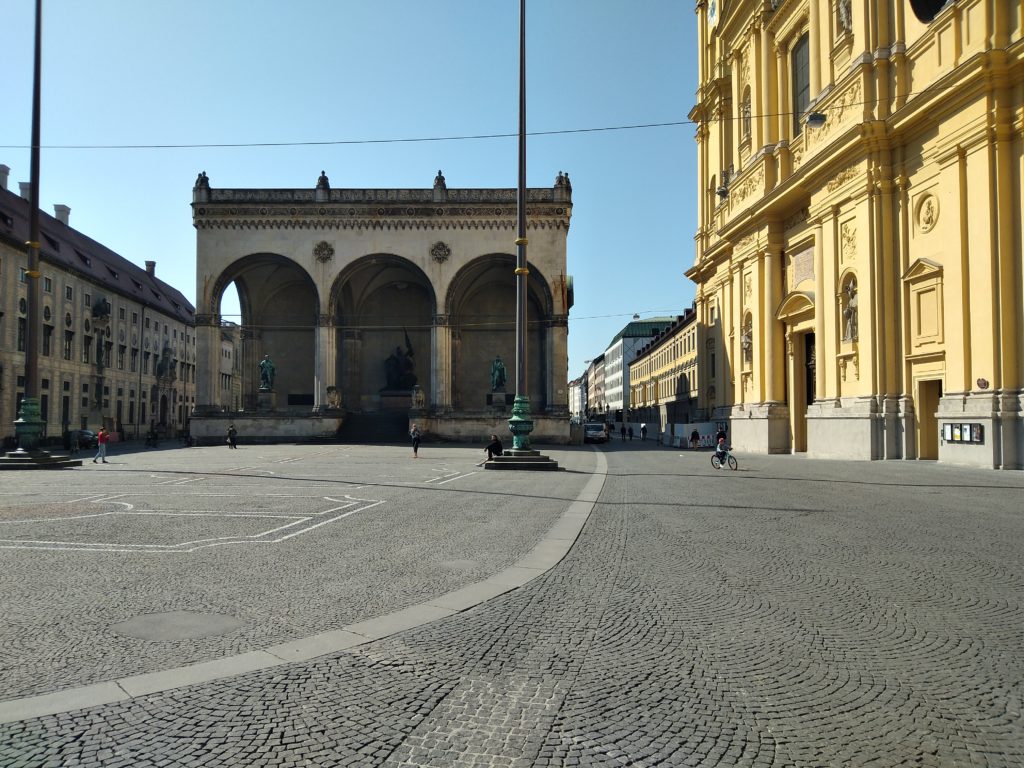 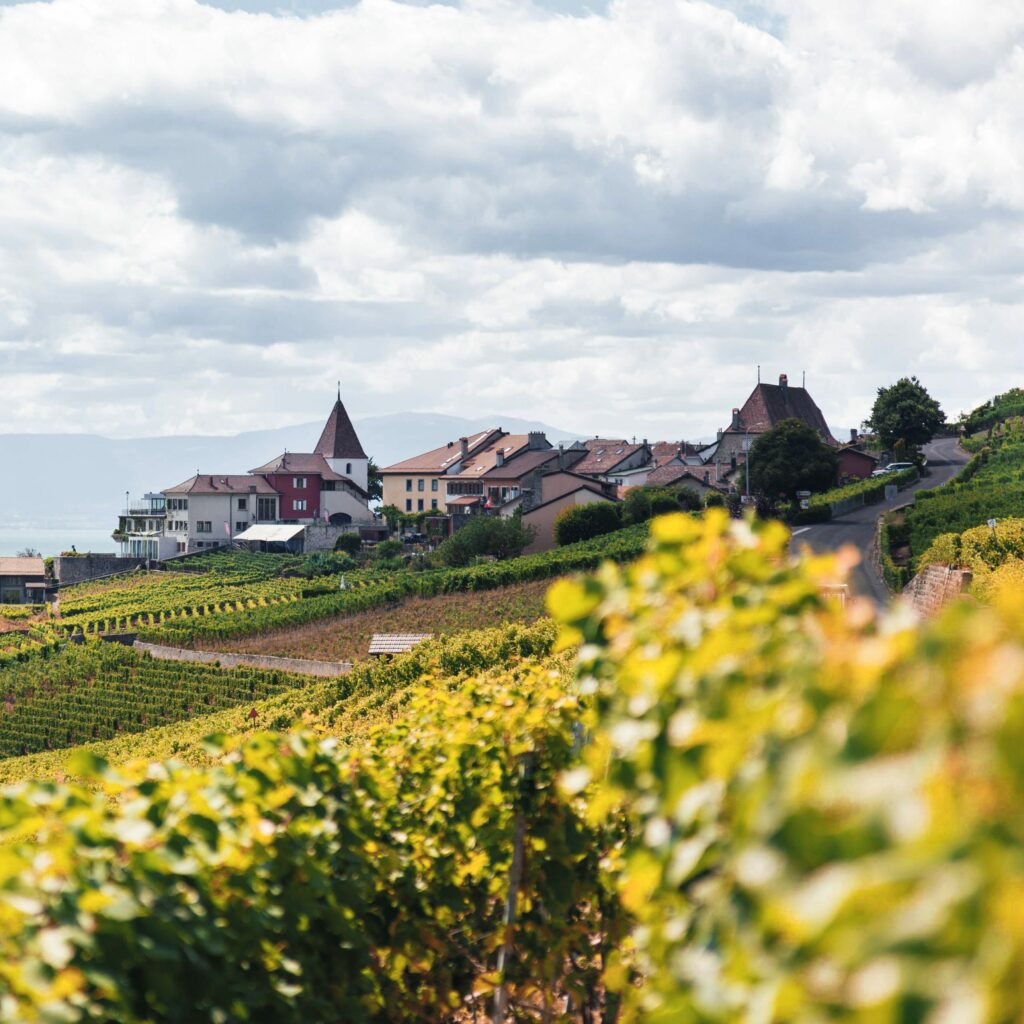 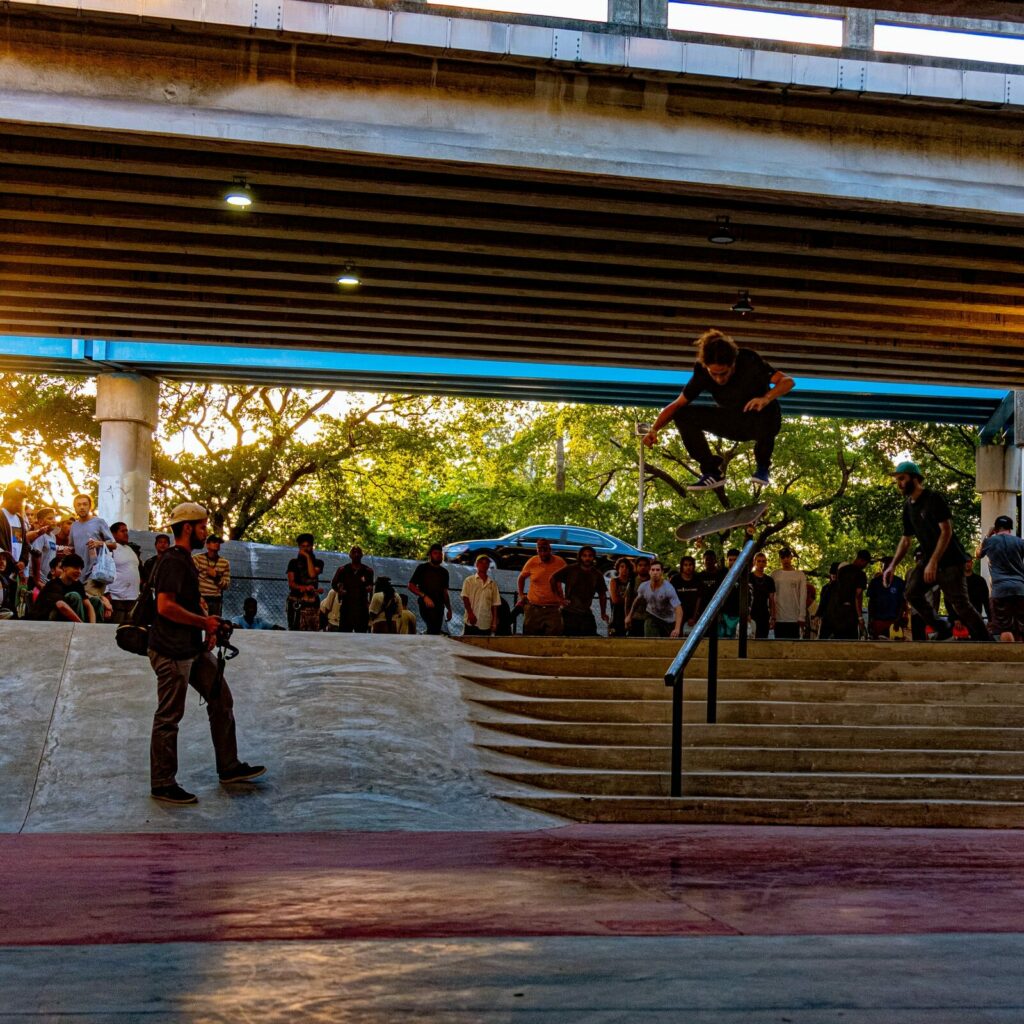 Renewing a Public Site with BIM