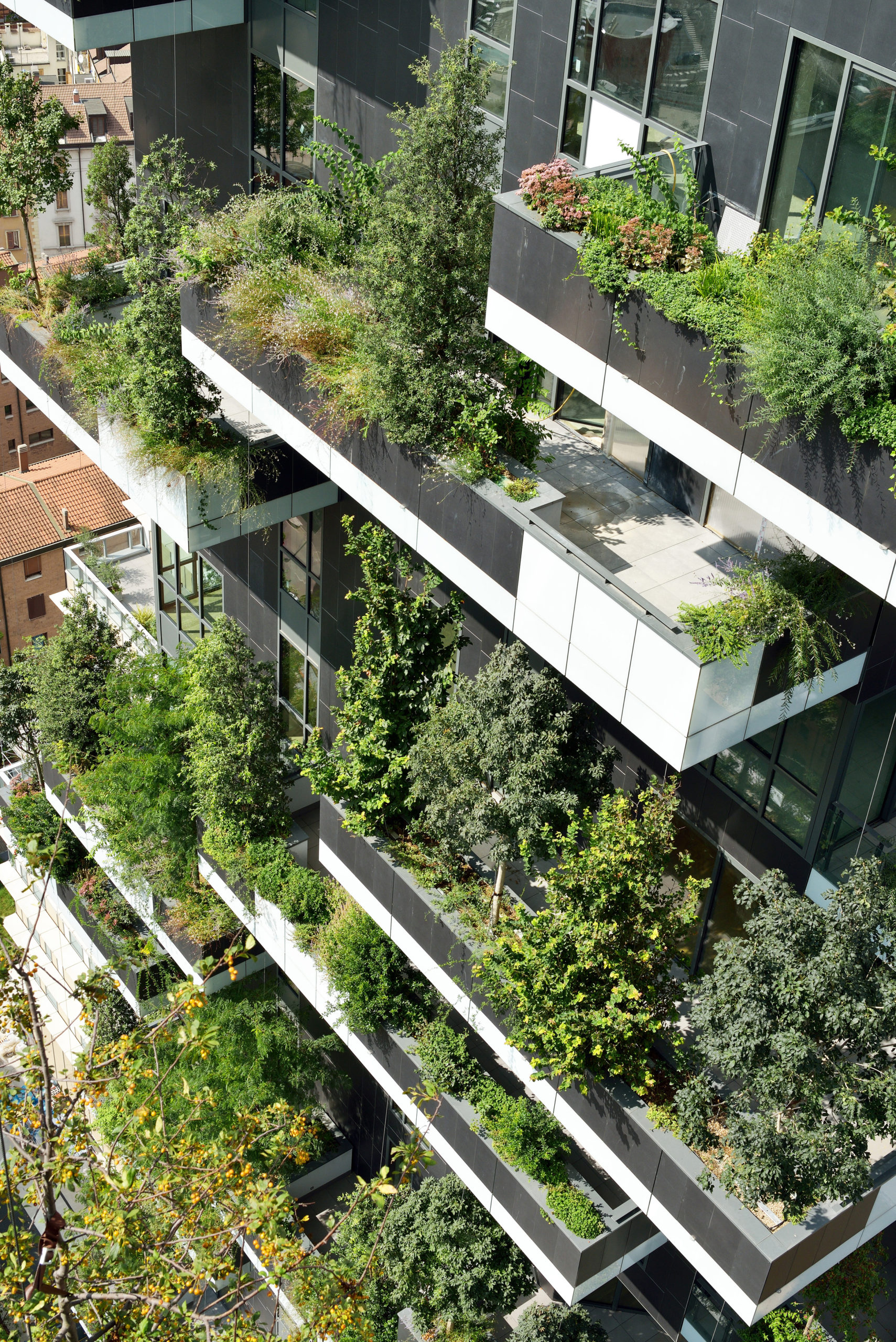 The residential highrise Bosco Verticale in Milan, Italy, has won the International Highrise Award (IHP) 2014 for the world’s most innovative highrise.

The residential highrise Bosco Verticale in Milan, Italy, has won the International Highrise Award (IHP) 2014 for the world’s most innovative highrise. Choosing for the Bosco Verticale designed by Boeri Studio, the IHP 2014 awarded a project that blazes the trail for greened highrises and can be considered a prototype for the cities of tomorrow. The project was featured in Topos 83 on “Plants and Design”.

This year’s winner convinced the jury at several levels: The two greened residential highrises are based on simple rectangular footprints and differ in height, the one being 19, the other 27 stories high (80 and 112 meters respectively). Each of the 113 apartments in total is equipped with at least one balcony, which resembles a small garden or a small forest: several hundred trees, along with bushes and shrubs cover the facade. The plants ensure a natural climate in the apartments and provide outstanding residential conditions. The pioneering work necessary to green a highrise façade in Europe was undertaken by Boeri Studio along with agronomist landscape consultants Laura Gatti and Emanuela Borio.

“Bosco Verticale is a marvelous project! It’s an expression of the extensive human need for green. The “wooded highrises” are a striking example of a symbiosis of architecture and nature,” pronounced the jury of experts chaired by last IHP prize winner Christoph Ingenhoven. The project represents, they continued, definitely a role model for construction in densely populated zones in other European cities.

From over 800 highrises that were commissioned worldwide over the last two years, Deutsches Architekturmuseum (DAM) nominated 26 outstanding buildings from 17 different countries. An international jury of experts consisting of architects, structural engineers and real estate specialists selected the final five for the short-list. The prize is worth worth EUR 50,000,.

The 26 nominated projects are presented in the exhibition on “Best Highrises 2014-5 – International Highrise Award 2014” at Deutsches Architekturmuseum (DAM ) in Frankfurt until February 1, 2015

Interested in the interdependencies between highrise construction and vertical transportation technology? Read the interview with Bill Baker, an American structural engineer and consulting partner at Skidmore, Owings & Merrill (SOM) in Chicago, USA, who has been working on tall buildings since the early 1980s and is best known for the engineering of the Burj Khalifa, the world’s tallest highrise structure. 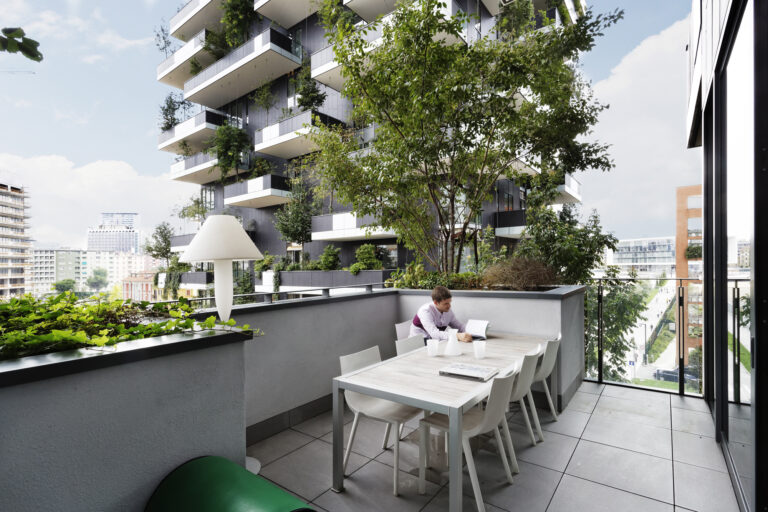 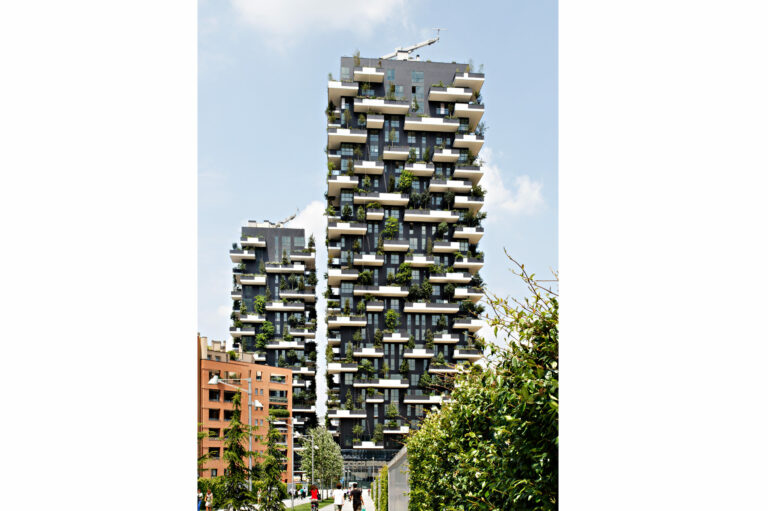 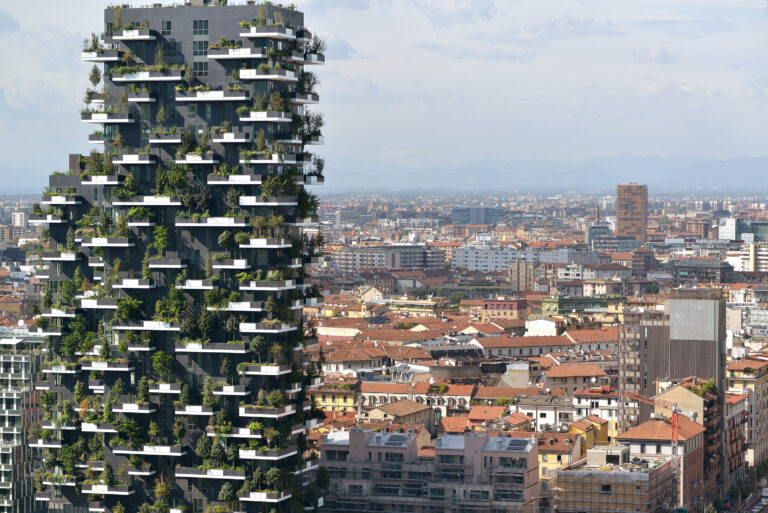 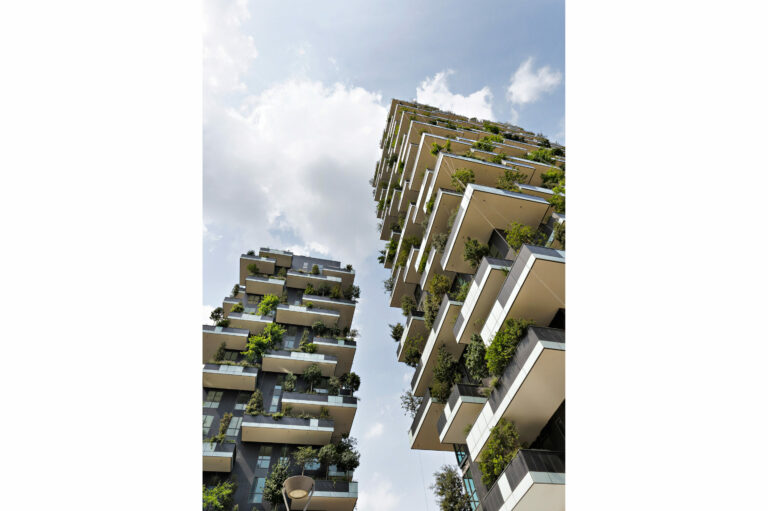 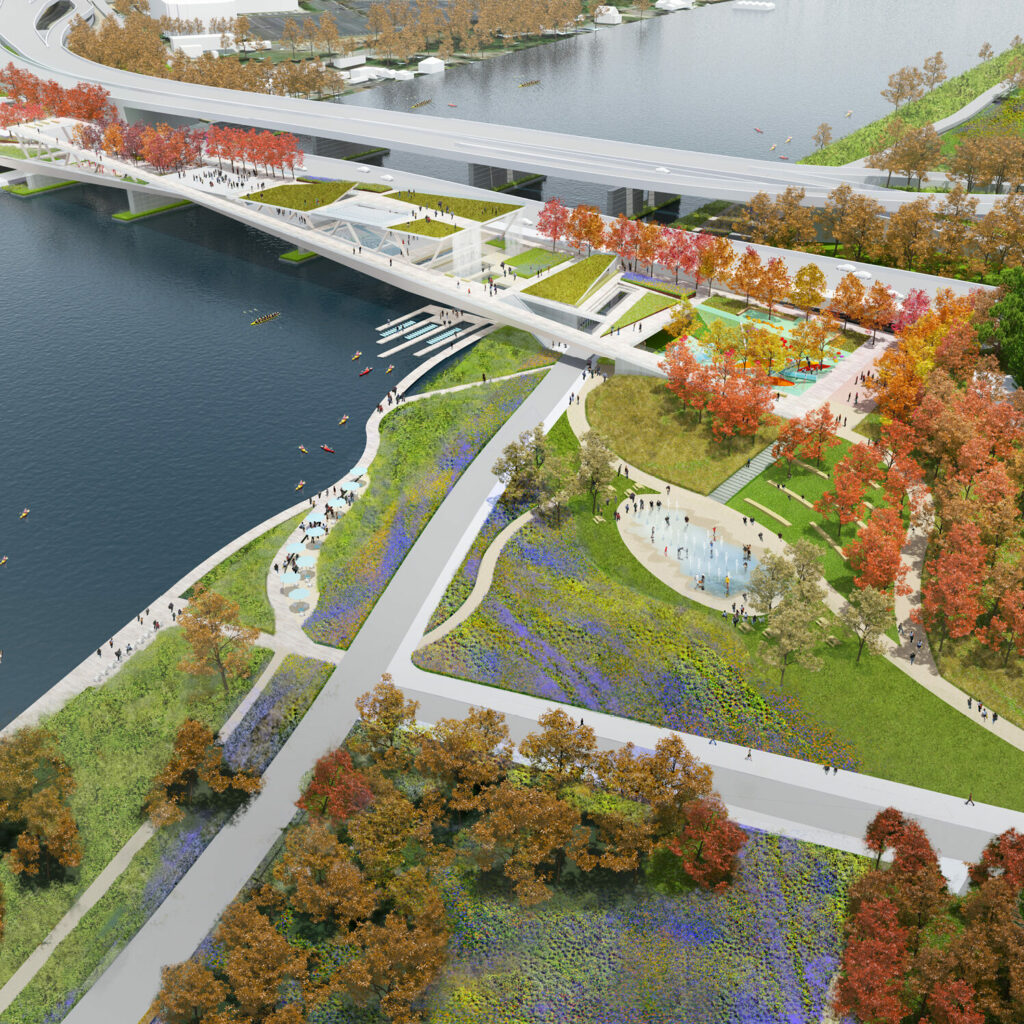 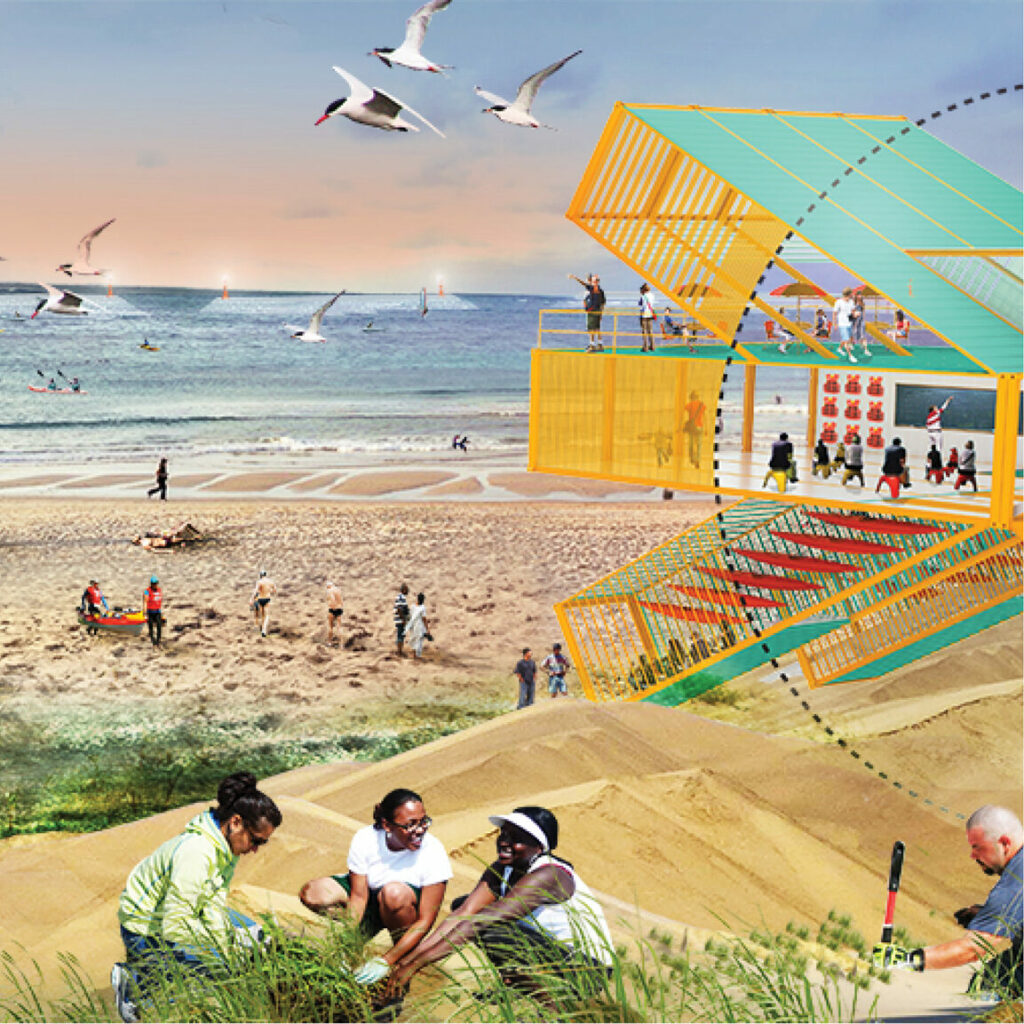 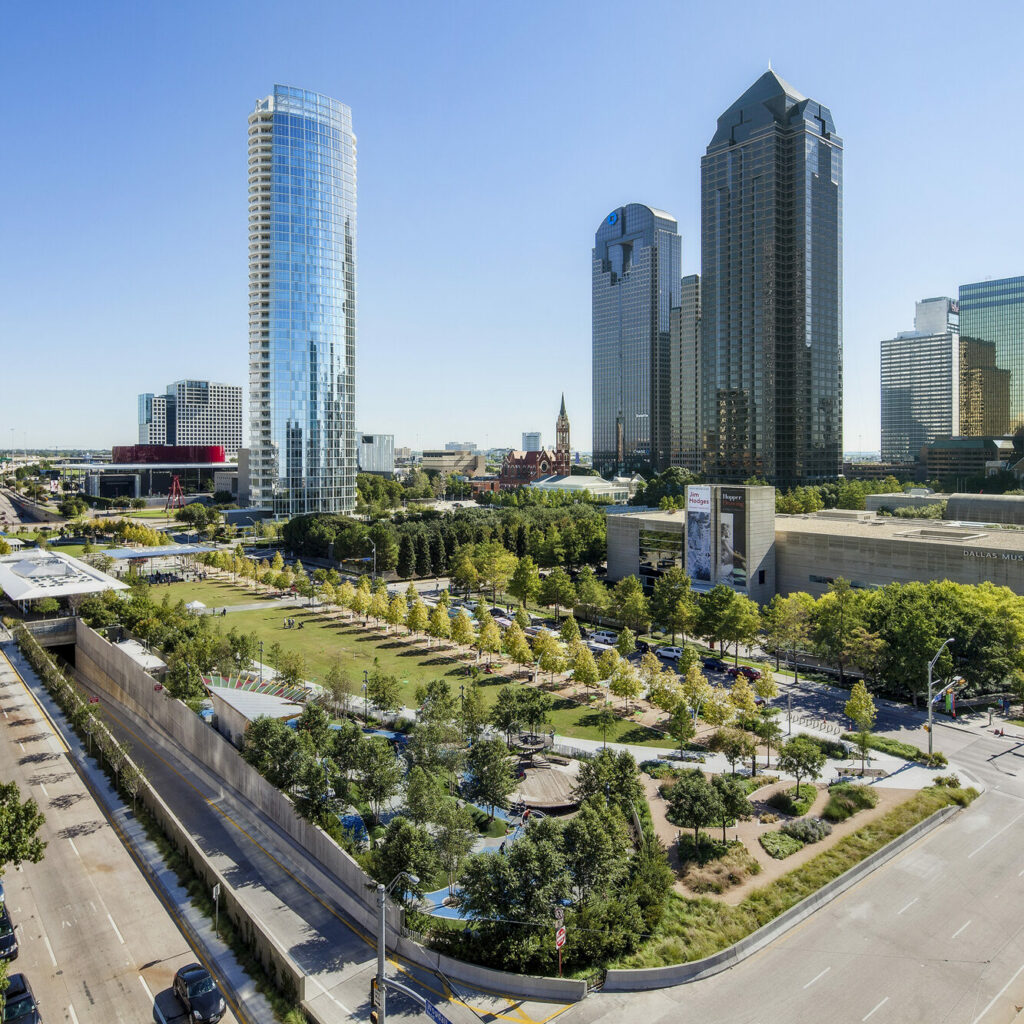 NORD Architects Copenhagen won the competition for a new Marine Education Centre in Malmö, Sweden. The winning proposal for the new centre blurs the distinction between architecture and landscape.