Monaco, its densification and environmental protection 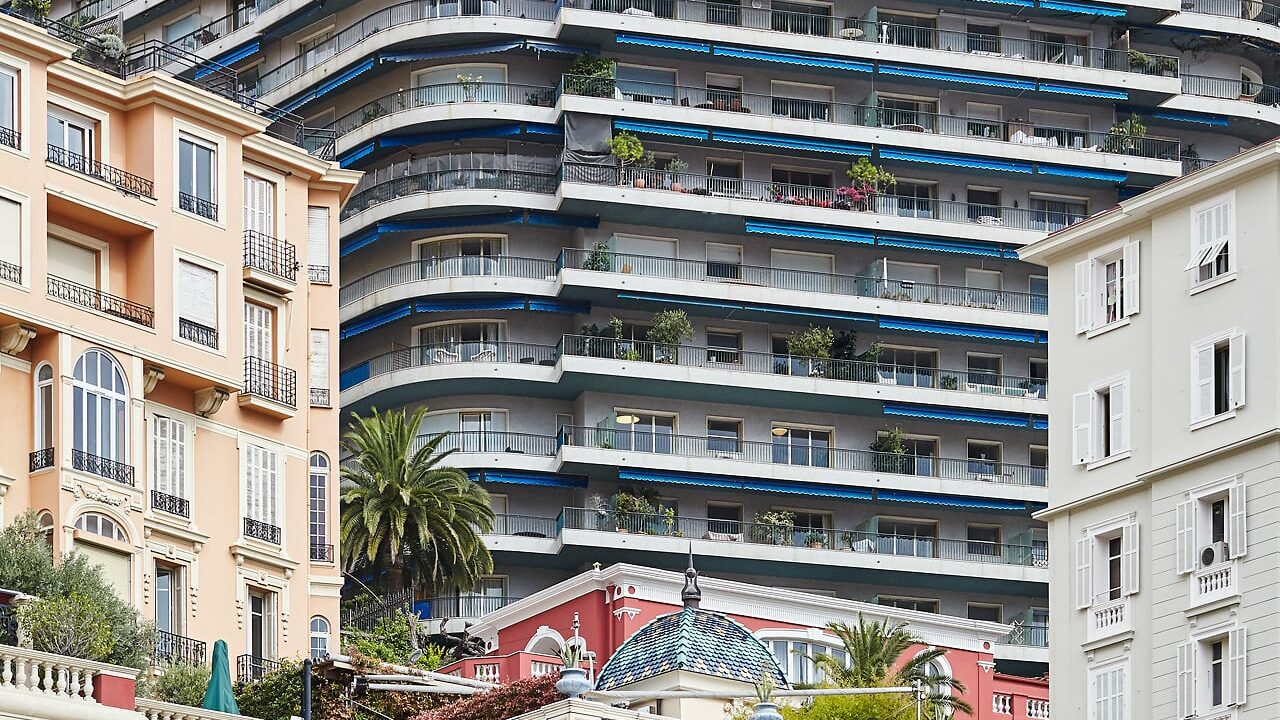 We spoke with photographer Philip Kistner about Monaco, how the City uses its limited space and what role environmental protection plays there.

A new urban district called Mareterra has been under construction in Monaco since 2015. Completion is planned for 2025. The district is to be about six hectares in size. It is also known as “Anse du Portier”, “Le Portier” or “Portier Cove”.  Mareterra’s project team is called S.A.M. L’Anse Du Portier and is led by architects Denis Valode, Renzo Piano and Michel Desvigne, among others. This team is responsible for the design, development, financing and marketing. We spoke with the German architectural photographer Philip Kistner who has published an illustrated book. It shows how the small principality of Monaco uses its limited space and what role environmental protection plays in this.

topos: Monaco is currently building a new six-hectare urban district called “Mareterra” into the Mediterranean Sea. It will extend the urban area in a southeasterly direction. Even before construction began, your book documented how the second-smallest state in the world is dealing with its space problem. How did you experience the two-square-kilometer principality when you were there?

Philip Kistner: Even then, I experienced and photographed the consequences of strong growth on this extremely limited area. That’s why I made this very topic the title of my illustrated book: densification. The architectural responses to the challenges faced by developers and citizens particularly fascinated me. Bringing luxury real estate and generosity into harmony with quasi-non-existent living space seems an almost insoluble task. Nevertheless, creative architects, urban and landscape planners seem to keep finding new ways to solve the city’s contradictions. I therefore remember Monaco as extremely rich in contrasts: impressive and oppressive at the same time. 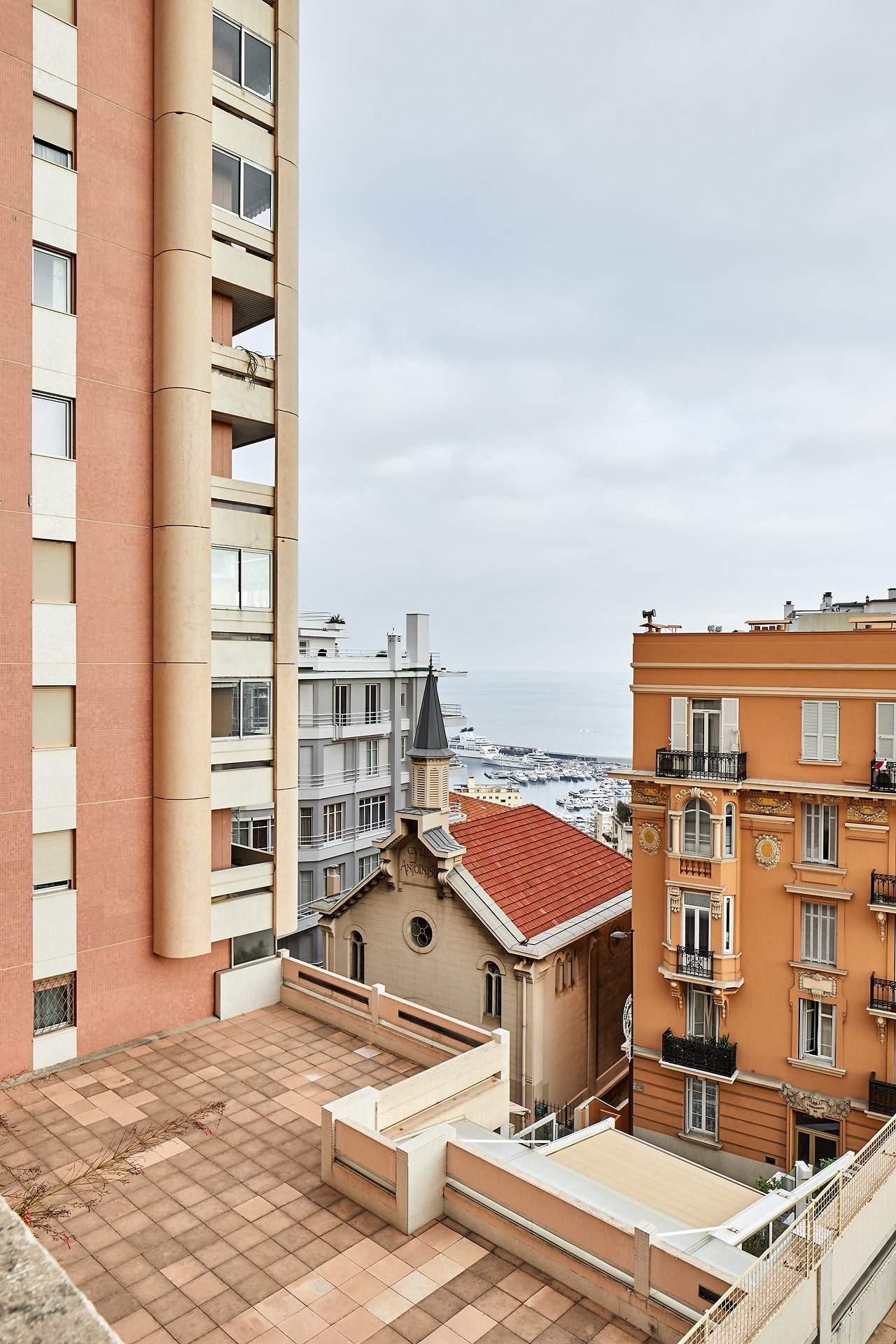 Climate protection seems to be a very important issue for Monaco’s head of state, Prince Albert II. His foundation “Fondation Prince Albert II de Monaco” (FPA2) commits to environmental protection and sustainability worldwide. He is the patron of the “Association Monégasque pour la Protection de la Nature” (AMPN) and the UNEP’s “Billion Tree Campaign”. Is this visible in the city?

Prince Albert II’s environmental commitment shows, for example, in the 3D-printed artificial reefs in the Larvotto marine reserve off the Monegasque coast. From the beginning of 2019 to the end of 2022, the project will investigate whether the alternative reefs will allow fauna to colonize them. In addition, there are a number of pilot projects as part of the “Extended Monaco” program. In particular, the topics of e-mobility and smart city will permanently change the cityscape.

Environmental protection and sustainability seems to run in the family. After all, the Oceanographic Museum and Institute on the slopes of Monaco-Ville, opened as early as 1899 by Prince Albert I, has been an official partner organization of ACCOBAMS – an international environmental agreement, among other things, for the protection of the Mediterranean Sea – since 2002. Not only does it display numerous marine biology exhibits, but it also conducts research in the field of oceanography.

Prince Rainer III, Prince Albert II’s father, was also considered an environmentalist. Thus, with the RAMOGE agreement for the protection of the French-Italian Mediterranean coast, he founded an environmental zone as early as 1976. Prince Albert II seems to want to continue the work of his ancestors. The Foundation’s other projects are not visible in Monaco itself, as they are being implemented in other regions of the world. 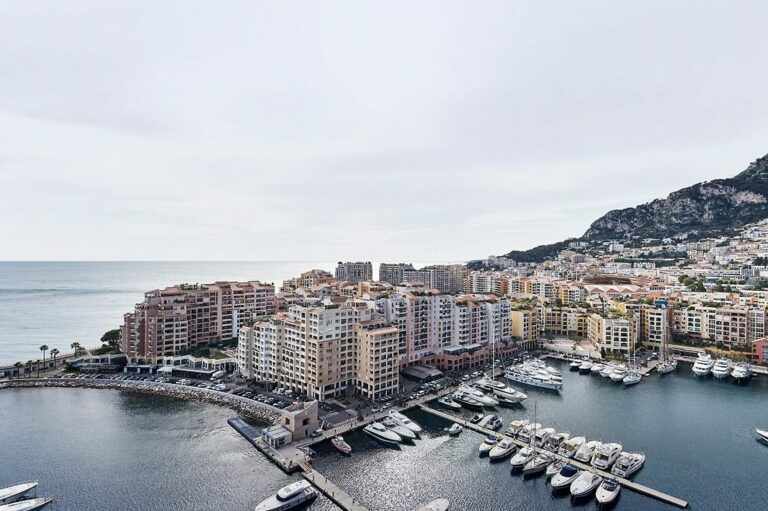 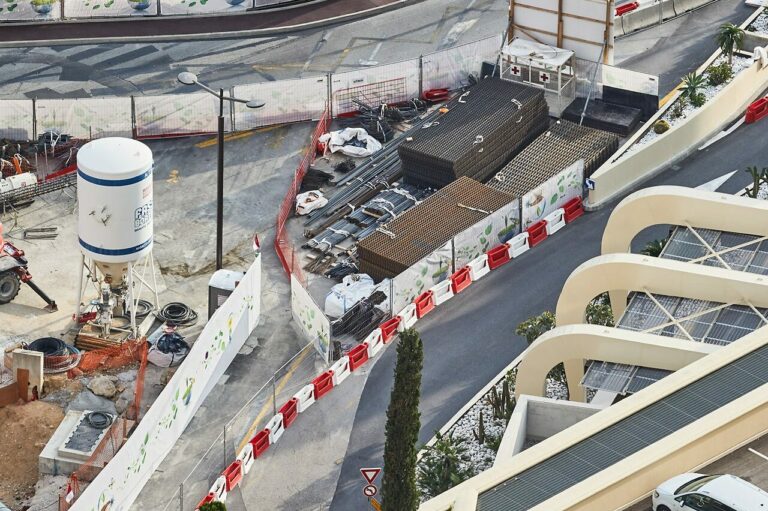 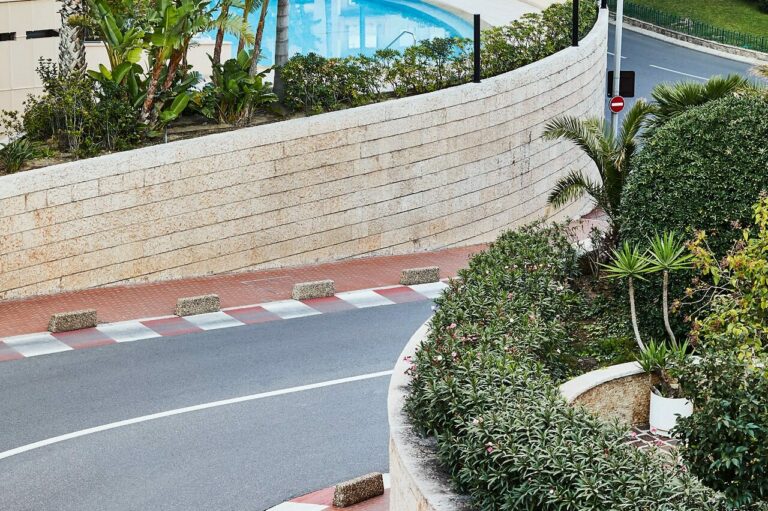 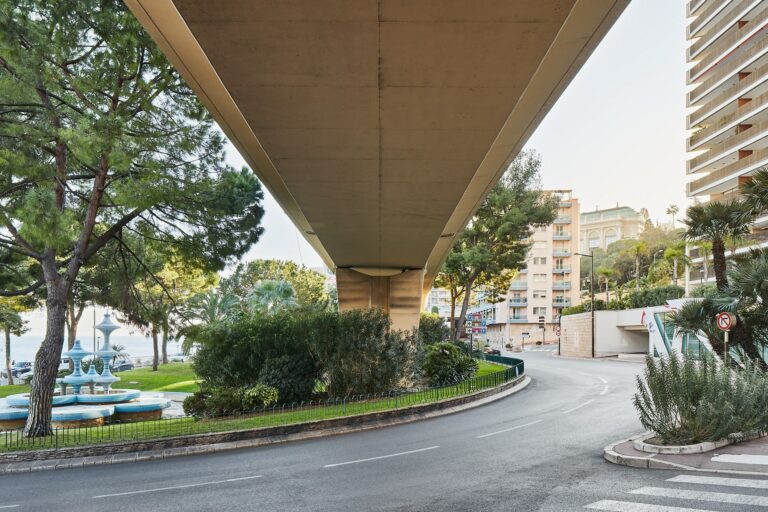 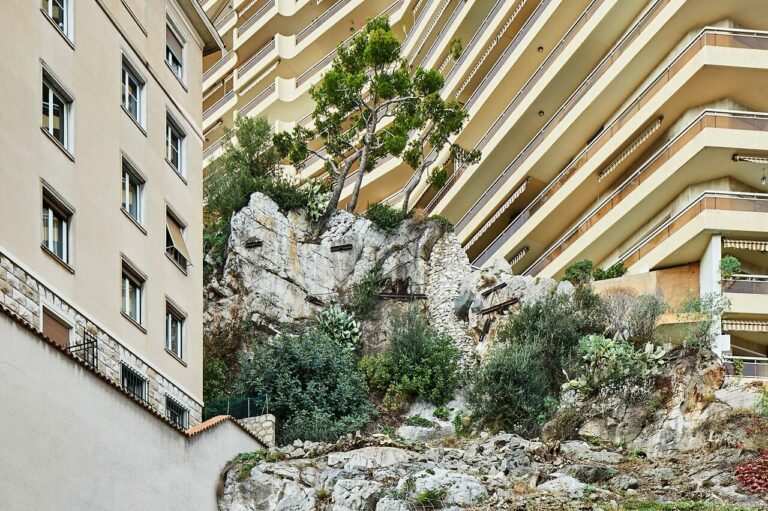 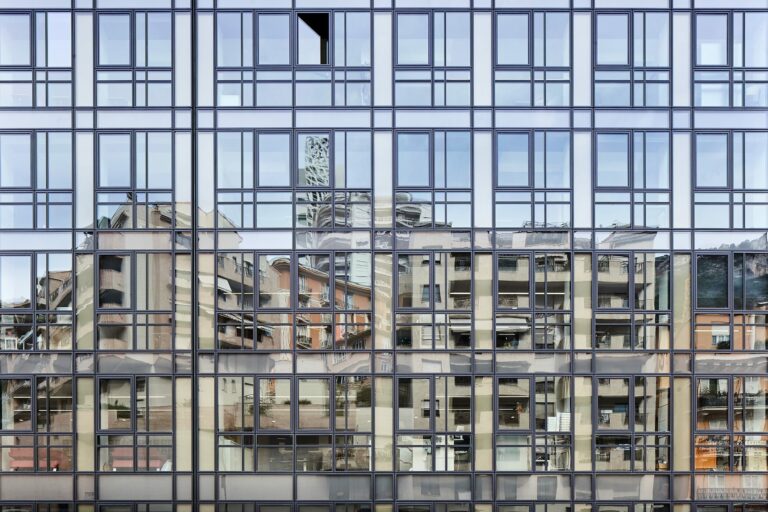 “To date neither those responsible for the construction project, nor the Monegasque foundations, nor even Prince Albert II himself have commented on the possible ecological consequences”

Doesn’t the Mareterra project conflict with climate protection and sustainability efforts, particularly those of Prince Albert II and his foundation?

There are definitely some conflicts. After all, the project involves land reclamation across the Mediterranean Sea – so those responsible are interfering significantly with the habitat of animals and plants. It is true that a marine biologist and his team have been commissioned to relocate all marine animals and plants – including three protected species – to pristine locations in the Mediterranean. However, according to an interview with ZEIT, the marine biologist will not be able to judge whether they will survive this involuntary move for several years.

On the other hand, the concrete pylons on which the six-hectare urban district develops have a rough surface, so hopefully marine animals and plants will soon settle there again. In addition, different marine biologists and environmentalists will oversee each phase of construction to maintain environmental standards, according to the project website. Two parks with a total of 800 trees are probably planned: La Pinède and La Vallée. They are located in the middle of the new urban district. Throughout the district, 9,000 square meters of solar panels and 200 charging stations for electric cars are to be installed.

Half of the rainwater is to be reused. A 600 cubic meter pond is available for this purpose. Based on the planned measures, one can thus definitely recognize the sustainable signature of the Monegasque prince. What I find alarming, like most critics of the project, is that to date neither those responsible for the construction project, nor the Monegasque foundations, nor even Prince Albert II himself have commented on the possible ecological consequences. The corresponding environmental impact assessment cannot be viewed.

In Monaco, there is the so-called “Extended Monaco” program, which intends to promote technological progress in the city and also the subject of sustainability in the principality. What measures can you see this taking?

In terms of sustainability, the program is primarily about digitalization, connectivity and mobility. Here, the self-driving, electric shuttle bus for up to 15 passengers in summer 2019 stood out. With the pilot project, Monaco tested a possible future scenario for mobility.  The technological progress shows among other things, at the 33 smart bus stops that went into operation during 2019. Not only do 32-inch touchscreens run 10-second commercials, but they also offer real-time arrival and departure times, as well as interactive city information and news.

The bus stops offer Smartphones charging stations and built-in free Wi-Fi hotspots. They will also have sensors to measure something like air quality and forward it to the appropriate authority. The other projects in the program are not recognizable from the cityscape. They mainly relate to the expansion of infrastructure and educational opportunities for children: for example, since 2019, children have been learning to program in elementary school.

Back in the 1970s, about 30 hectares of land were reclaimed from the sea and the Fontvieille district was built. After protests, the Larvotto reserve in the east of the principality was expanded as “compensation” back then. Are there similar efforts for the new project?

In fact, land has been extracted from the Mediterranean Sea in Monaco since 1880. The principality has been enlarged in this way five times so far, by a total of more than 40 hectares. Mareterra is thus already the sixth project for new land reclamation by means of marine construction and expands the territory by another six hectares. This means that new land reclamation created more than 20 percent of the territory. So far, there have been no public protests against the project in Monaco. Perhaps this is because the entire new district is designed as an Eco District, is quite lushly greened, and Larvotto Beach was redesigned by Renzo Piano Building Workshop. Or it could be because Prince Albert II involves himself in many (other) environmental protection efforts. Not even Greenpeace or the French Fondation Nature et Environment (FNE) have commented on the project yet. 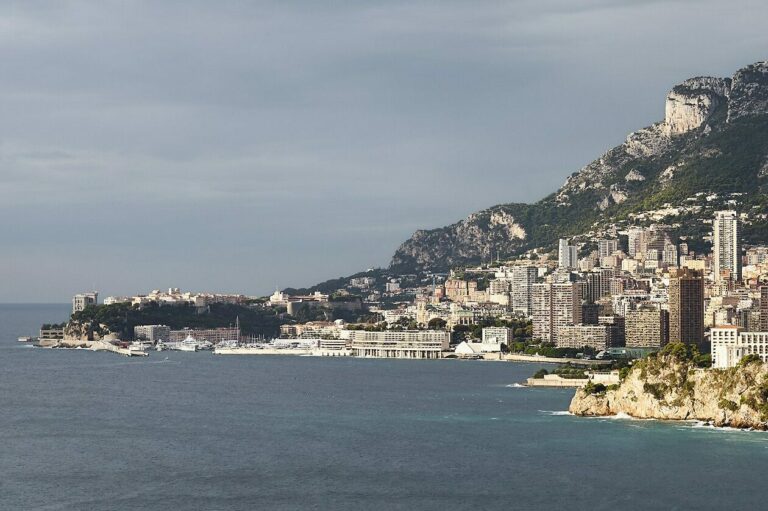 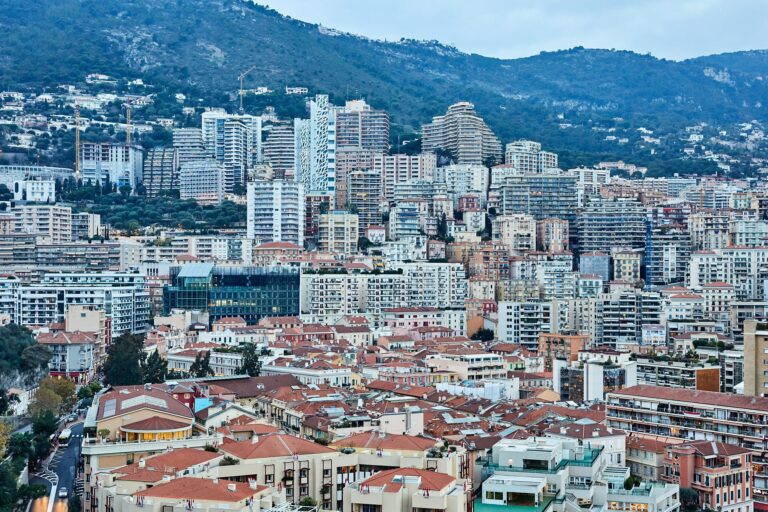 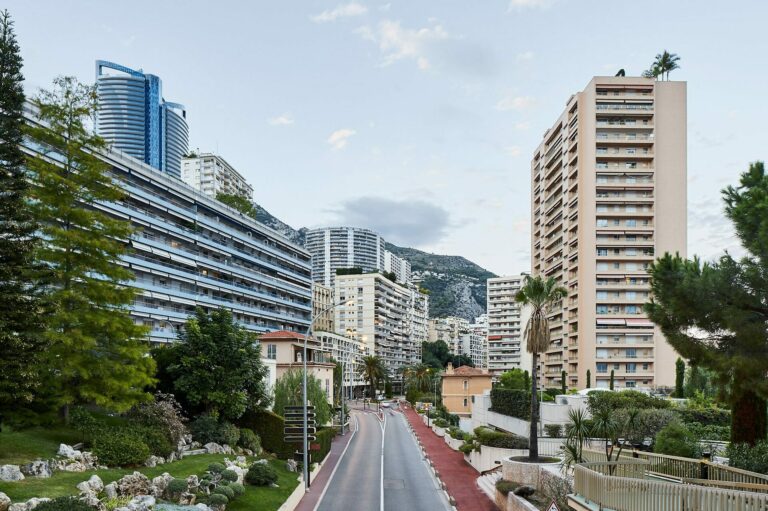 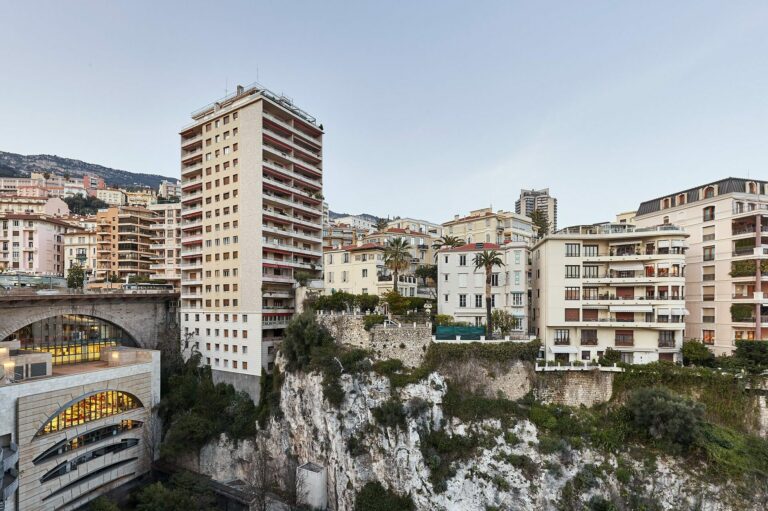 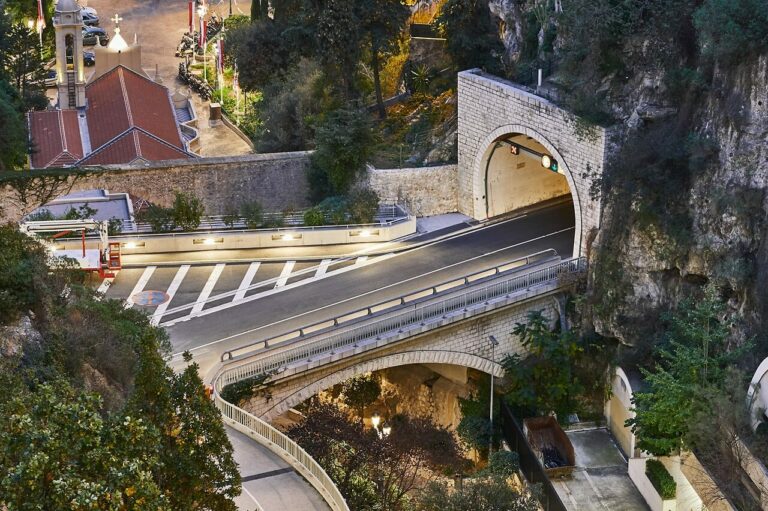 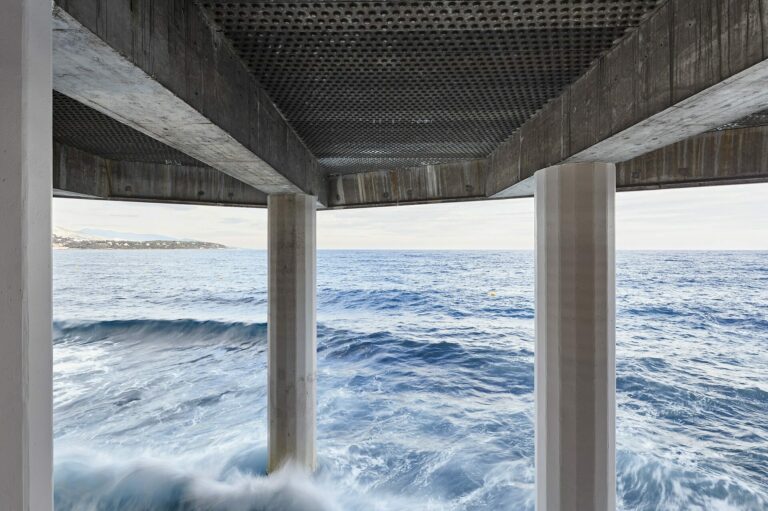 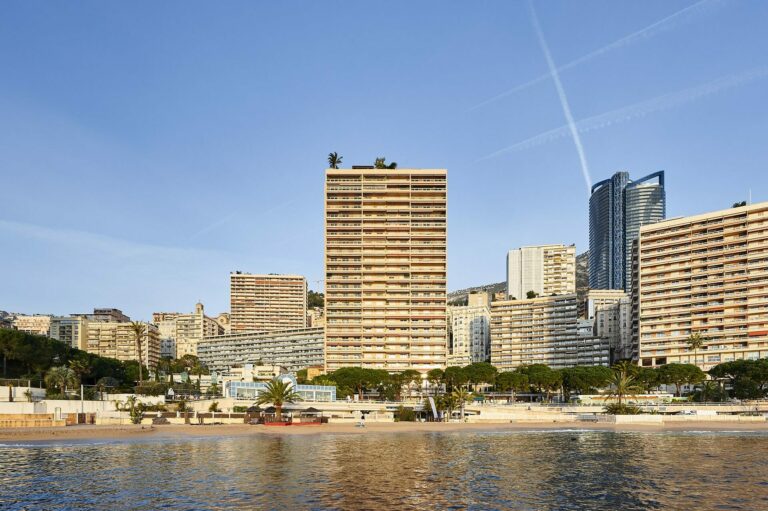 “Monaco is a prime example of economic scarcity of supply.”

You have recorded the urban development photographically in a coffee-table book, what particularly struck you about it?

It was only when I was there that I noticed how close-knit and dynamic the city-state really is. Of course, the self-imposed theme focused my gaze so that I almost only paid attention to signs of densification. With the theme in mind, however, it was especially easy for me to recognize and depict Monaco’s contrasts and contradictions. The many construction sites further enhanced the dynamic image.

Why did you choose Monaco in particular?

Because of the strong urban contrasts, for example the tension between luxury domiciles and scarce living space: In contrast to the images we are familiar with from glossy magazines, which portray Monaco as a desirable luxury enclave worth living in, I noticed a completely different side of the city. Namely, the crumbling facade of an urban phenomenon and problem in many places. Besides architecture, I’m also interested in economics: in Monaco, a high demand for housing meets a supply limited by natural factors. So it’s a prime example of economic scarcity of supply – and thus constantly rising prices.

Over what period of time did you take your pictures? And were you already able to recognize changes or conspicuous features?

I was there for the project a total of three times for one week each time. All in all, I was able to follow the process of change in the city for a little more than a year. What was striking was the constant construction activity lurking around every corner – barriers, scaffolding and construction cranes reaching into the sky. Hardly anything emphasizes urban change more strongly. So it is foreseeable that many places in the Principality will be unrecognizable in a few years. For example, compared to the last time I was there, the view of the sea has already been obstructed: Just off the coast of the Monte-Carlo and Larvotto districts, after all, the new Mareterra neighborhood is being built.

Will you be returning in the near future, for example to capture the latest developments in the city-state?

Absolutely! Since I invested in a high-end drone at the beginning of the year, entirely new perspectives are now possible, which I was unfortunately unable to realize for my first illustrated book. Even though drone photography would be a big challenge due to the busy helicopter traffic, the new perspectives already excite me a lot.

Here you can find the project “MONACO – Die Verdichtung” by Philip Kistner.

Here you can find another photography project by Jérémie Dur conserved Paris. 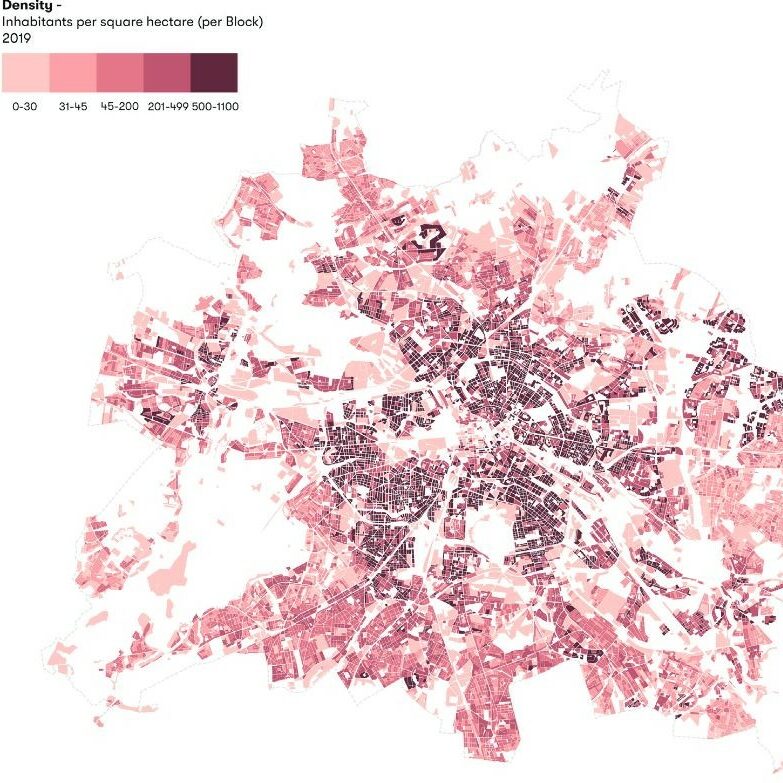 A Question of Density? 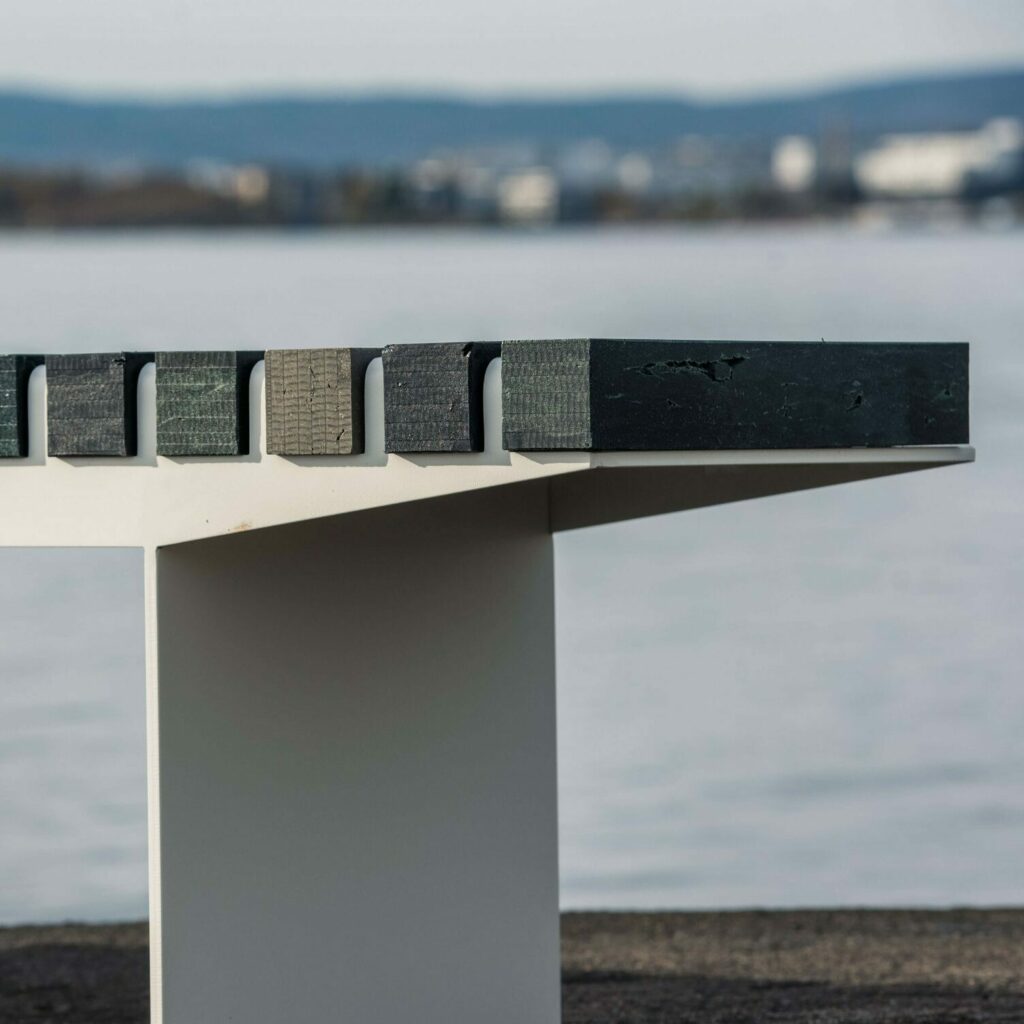 The world’s first bench made from ownerless marine plastic 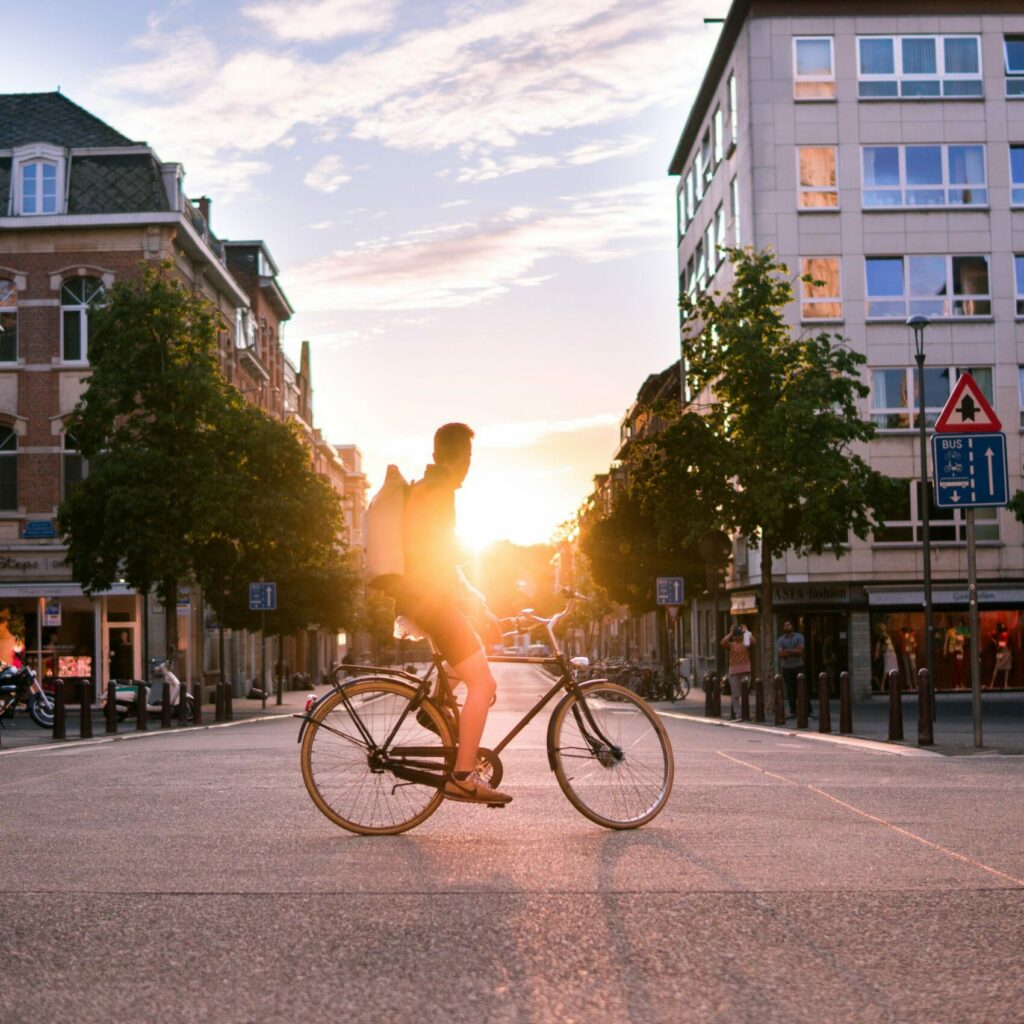 Collaboration as key: No “us and them” philosophy

How to hire a city leader

How would you embark on the process of recruiting the right city leader? Read what Gerald Babel-Sutter, founder and CEO of URBAN FUTURE Global Conference, thinks about this.