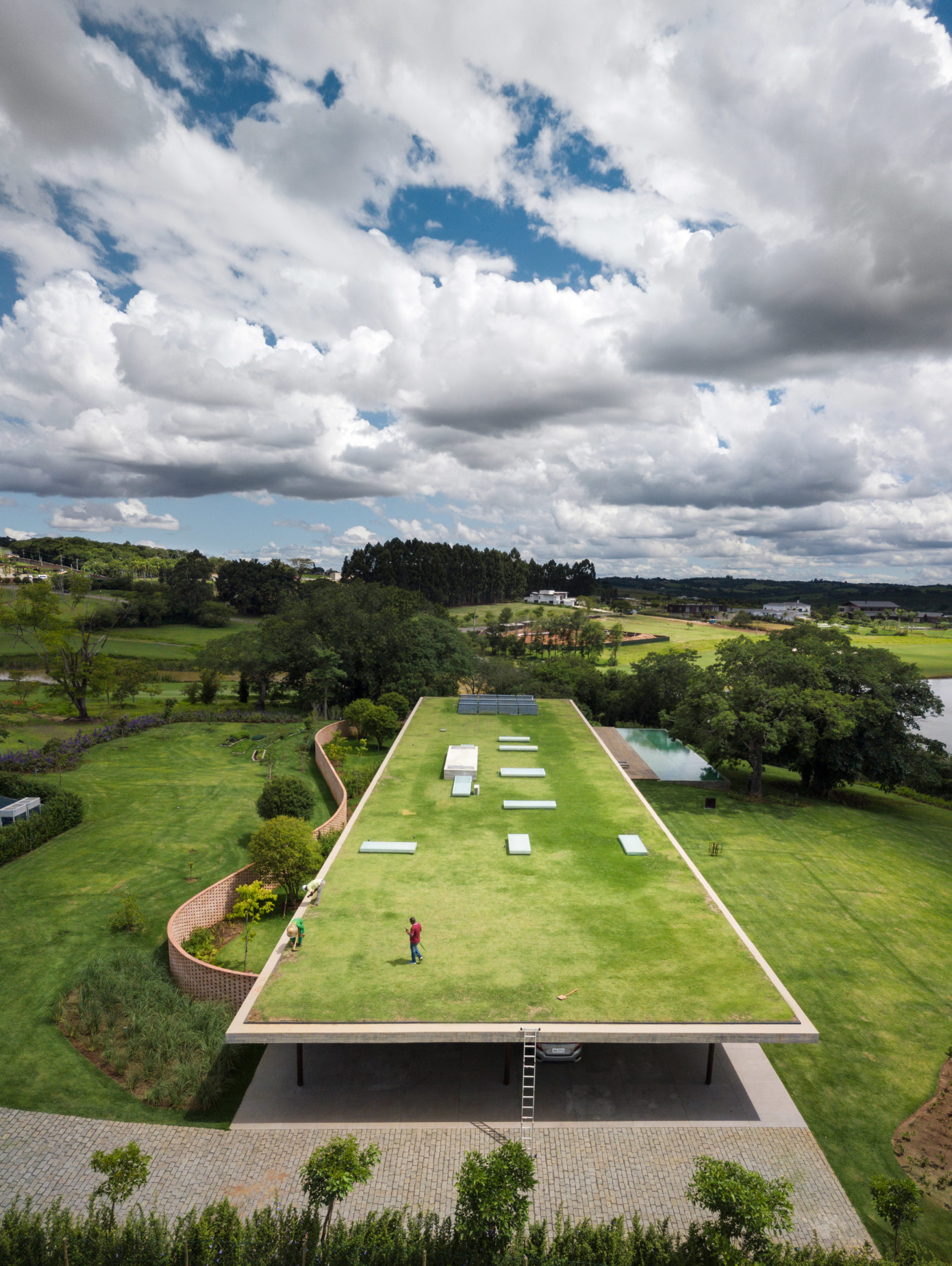 With the Planar House, Studio MK27 raised roof greening to the next level. The 1,000-square-meter roof is barely identifiable as part of a building.

Roof greening and plantings are an almost mandatory part of nowadays developments. For a good reason: Green roofs not only have an appearance, they also have an impact on the urban climate. Rainwater is collected and used by the plants, while the roof cools down in the urban heat island.
With the Planar House, Studio MK27 raised roof greening to the next level. Laying outside of São Paulo, the building isn’t struggling with heat islands and surface sealing, it’s a radical horizontal design, which try to hide in its grassy surroundings. Most remarkable feature is a vast 1,000-square-meter roof, barely identifiable as part of a building.

The lack of visible support beams and the large overhang seem to let the roof flying. From some perspectives of the surrounding hills, the building seems to disappear completely. The roof appears to be a rectangular grass area. Also, from the side view, the top panel is the defining element of the structure. “This type of insertion on the plot demanded care and attention with the design of the rooftop, which is the fifth facade of the building,” the architects said. On aerial photographs, only the terrace and the solar panels reveal the presence of a building.

As vast as the roof, so is the interior. A central corridor divides the house in two volumes, both oriented north-south. While the first contains a kitchen, a gym and service rooms, the other one houses five bedroom suites. A large living room is situated at a corner and can be completely opened by sliding glass doors, transforming the entire space into a terrace. The only curved element is a brick wall, which meander around the building and closes the property to the rear. Despite its building material, the wall seems permeable through voids between the bricks. 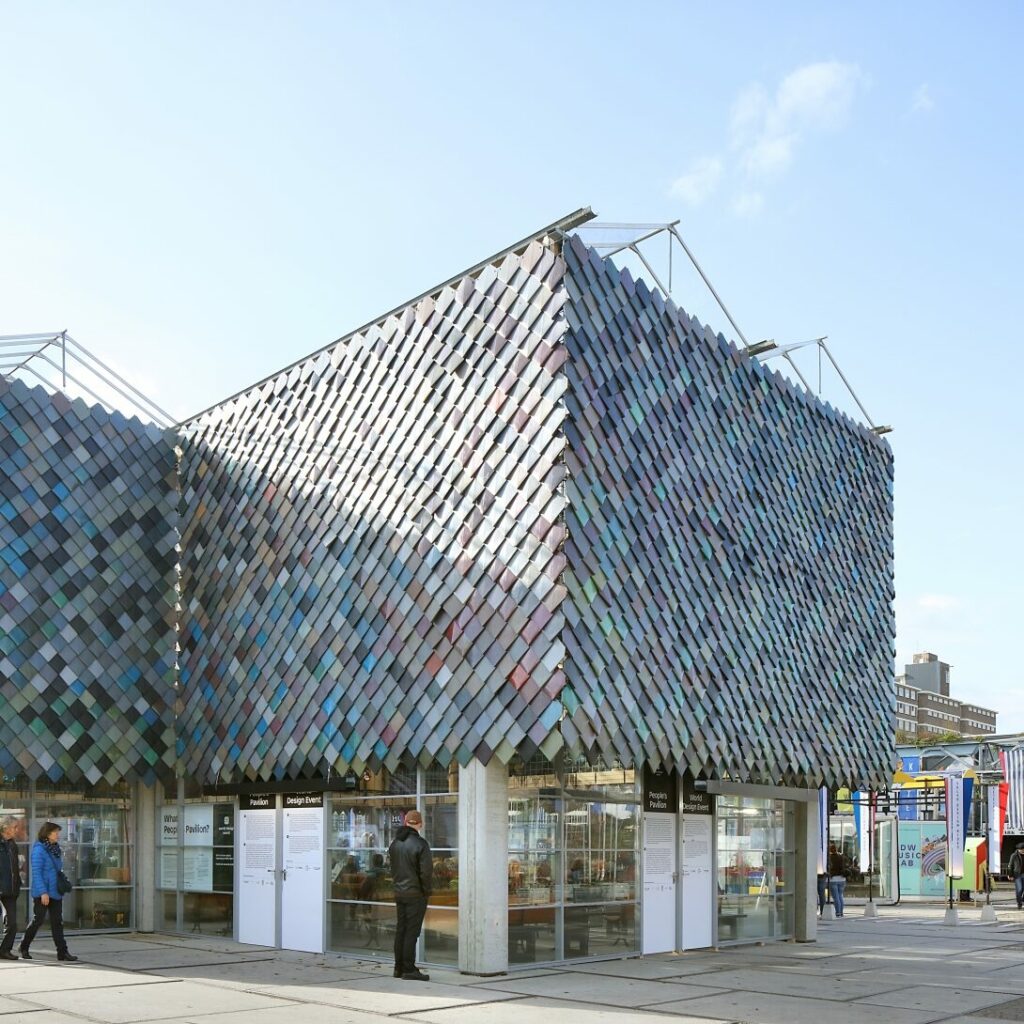 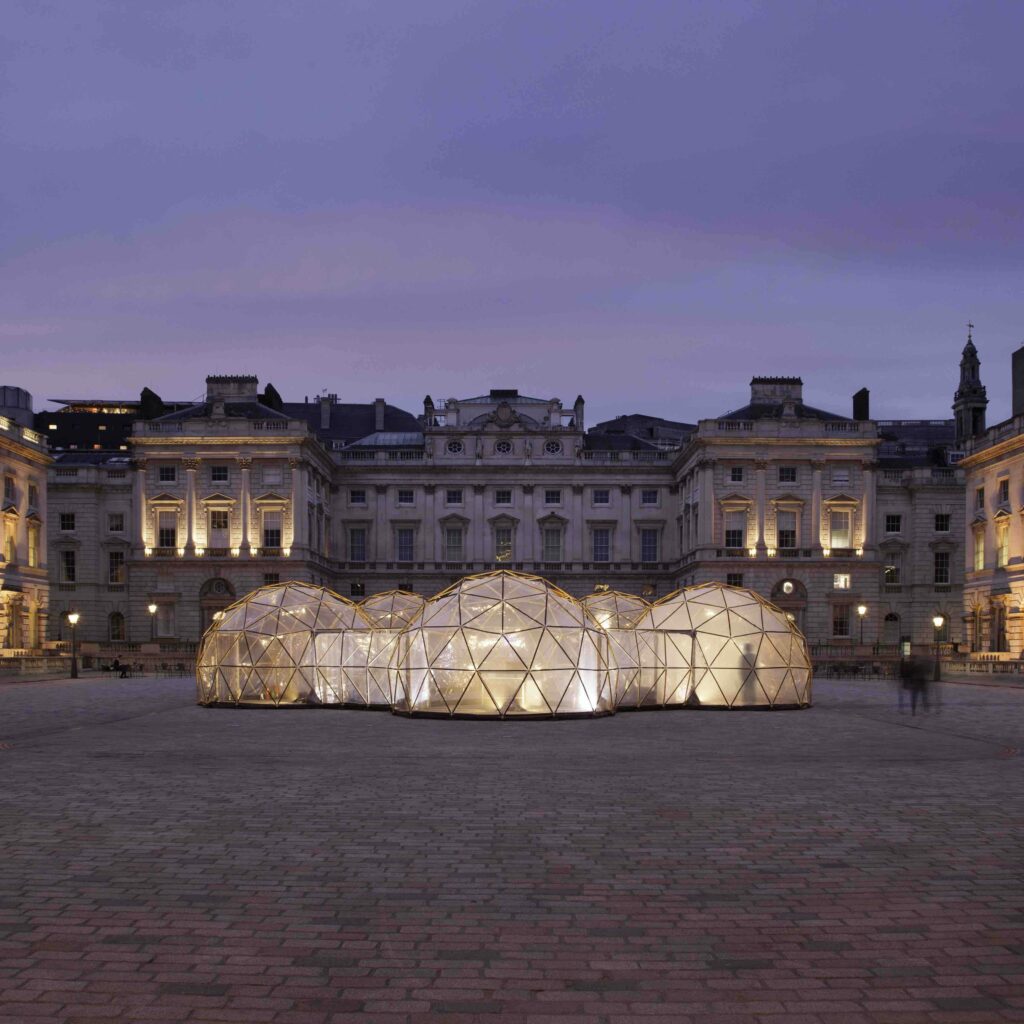 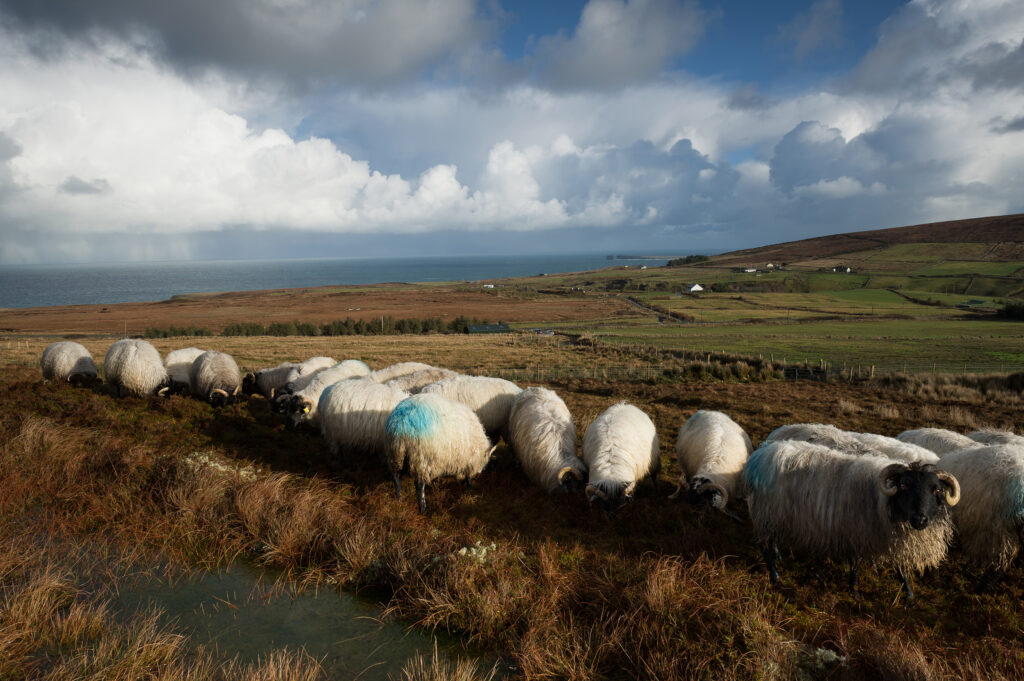 Guardians of the land

The Austrian lab [applied] Foreign Affairs has been working to implement measures for sustainable village growth together with local residents from Guabuliga, Ghana.