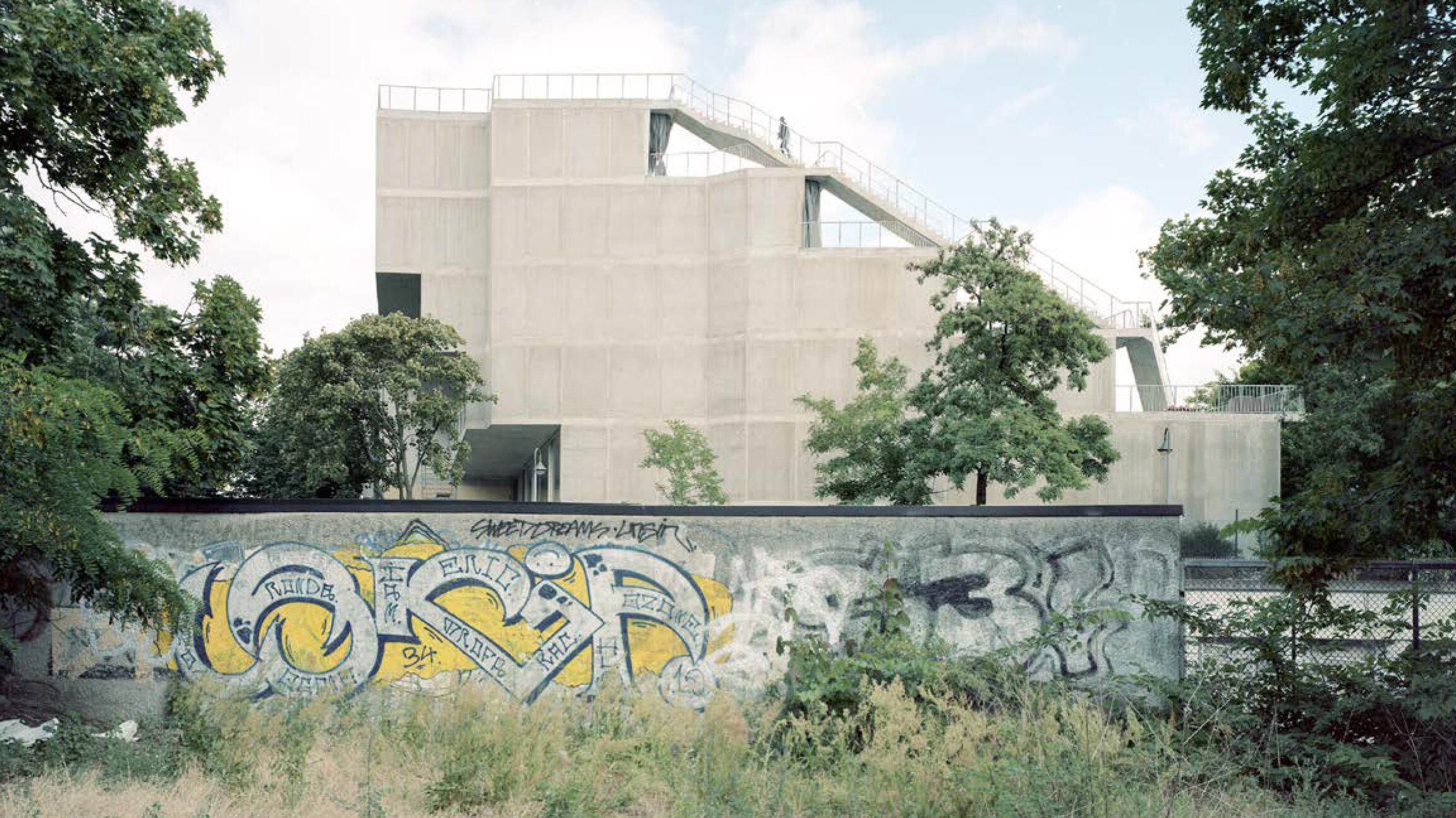 A summary of the themes during the MakeCity Festival in Berlin and the possibilities and potentials of a diverse and mixed city.

The iconic Lobe Block by Brandlhuber+ Emde, Burlon with Muck Petzet will be opened in September. The cost of construction was about 6 million Euro. Credit: Olivia Reynolds

The second edition of the Berlin MakeCity Festival for Architecture and Urban Alternatives dealt with the mixed city and illuminated the role of open space for a diverse city.

While land prices in Berlin have risen by up to 800 percent in recent years, the so-called “Berliner Mischung” (Berlin’s Mixing) is declining. This Berlin-specific, but equally nationally and internationally relevant development was behind the theme of the festival “Stadt Neu Gemischt” (“Berlin Remixing”). MakeCity demands change and presented models for a mixed city:

The festival focused on the following themes: Architecture/Space, Structures/Processes and City/Nature. Thus, typologies as well as urban landscapes and the materiality of architecture were illuminated. City/nature focused on the possibilities and limits of an open space mixture: What role does open space play for the mixed city? How can architecture and landscape architecture integrate openness for typological overlaps and flexibility for changes in use?

Possible ways of mixing architecture and landscape were shown with several new buildings. The new stepped building Lobe Block in Berlin-Wedding shows how densification can help to include open space uses. Instead of maximizing profits, the project wants to be part of the open city by allowing for mixed and open space utilization.

Commissioned by two artists, Lobe Block is one of Berlin’s most typologically exciting new architectural projects. The multifunctional creative center, a step pyramid with 6 meter wide terraces and a roof terrace, is designed by Brandlhuber+ Emde, Burlon with Muck Petzet. Lobe Block combines studios, co-working spaces and an artist residency on 3000 square metres. The maisonnette groundfloor and the floor above it, which amongst others includes yoga rooms, are publicly accessible.

In order to achieve a more common, more public use of the exterior space, the entrances are fitted with two external staircases. The vision behind the building is to turn the concrete into flourishing green and to cover stairs and terraces with plants. Lobe Block is thus an important test case for Arno Brandlhuber’s approach: we can simultaneously densify and cover the city with greenery.

City as a Lido

Nature also plays a central role in the urban development project “Flussbad Berlin”, which aims to transform the Spree Canal in Berlin’s historic centre into a clean water body. The project revolves both around bathing in the largely unused Spree Canal and the design of the adjoining open spaces through open staircases and renaturation. 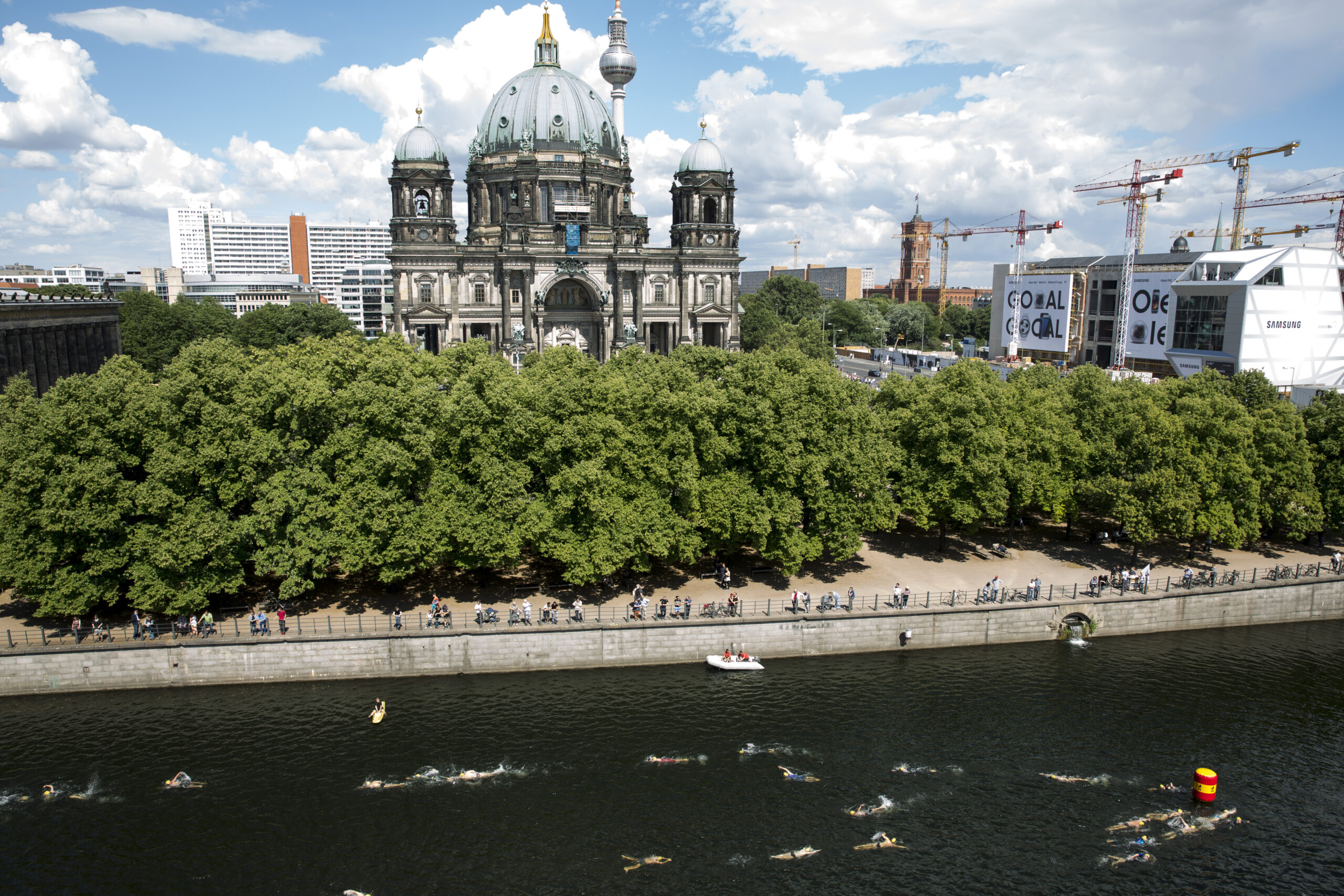 Flussbad Berlin is set to reactivate the Spree Canal and closely connect its banks with the city. Credit: Axel Schmidt

Is there a parking lot for the jungle?

“Is there a parking lot for the jungle?,” asked Topotek1 at their Studio Talk about the relationship between city and nature. They wanted to discuss what nature means today and what role it plays in the city. The hypothesis was that common spatial typologies have become more and more interwoven and thus indistinguishable. According to the landscape architects, we must break down the boundaries of conventional definitions to reach an enhanced interpretation and wild, alternative syntheses. 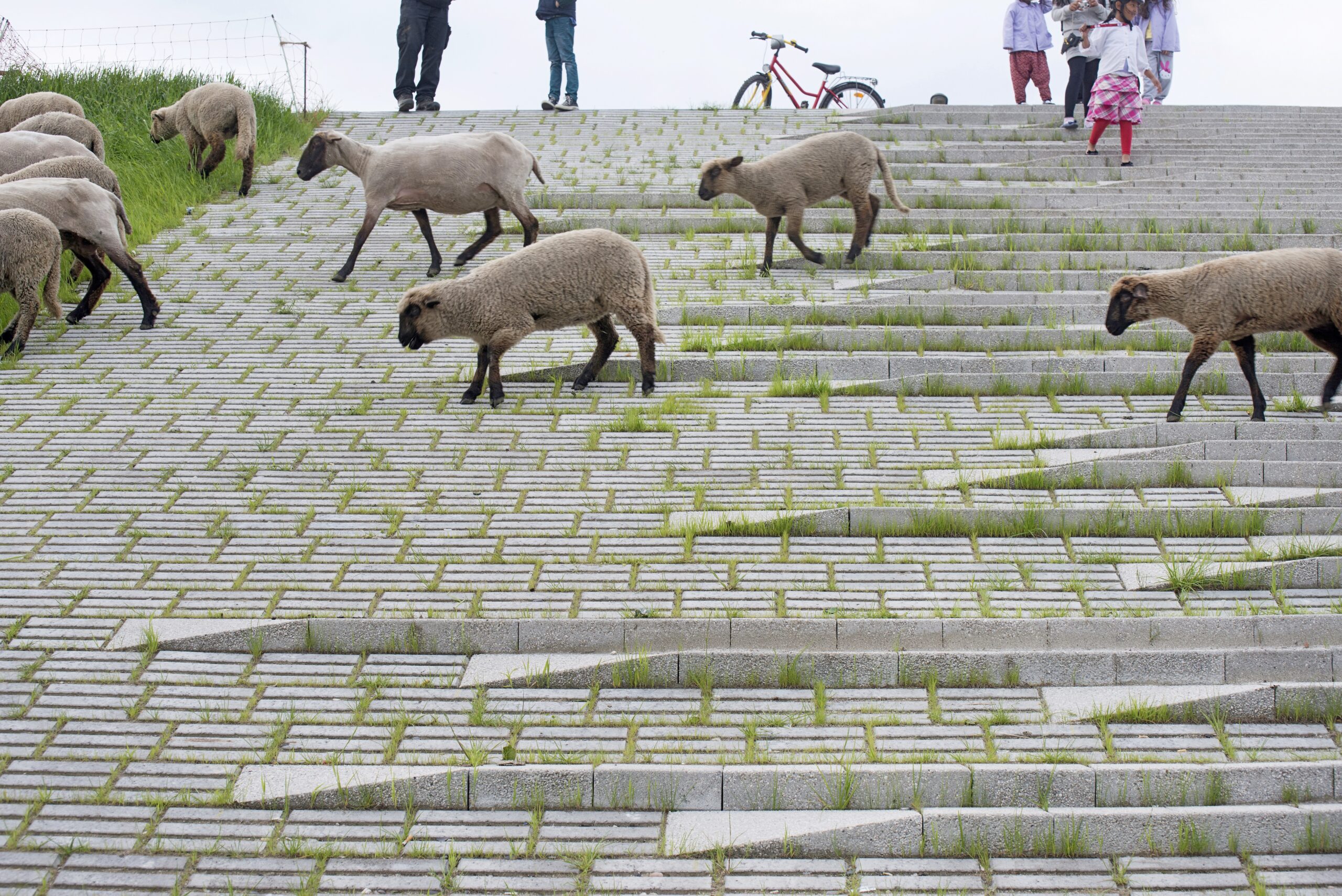 In Berlin, the monofunctionality of the car-dominated streets is to be constricted to return the roadways as a place for public life, in the form of meeting areas. A24 Landschaft who are designing two of these meeting areas – in Maaßenstraße and Bergmannstraße – had a panel debate to discuss visions for a new city. The event showed that it is possible to turn streets into multipurpose space: a social space for exchange and to dwell on, an ecological habitat, an economic area, mobility space and room for political manifestation and representation. 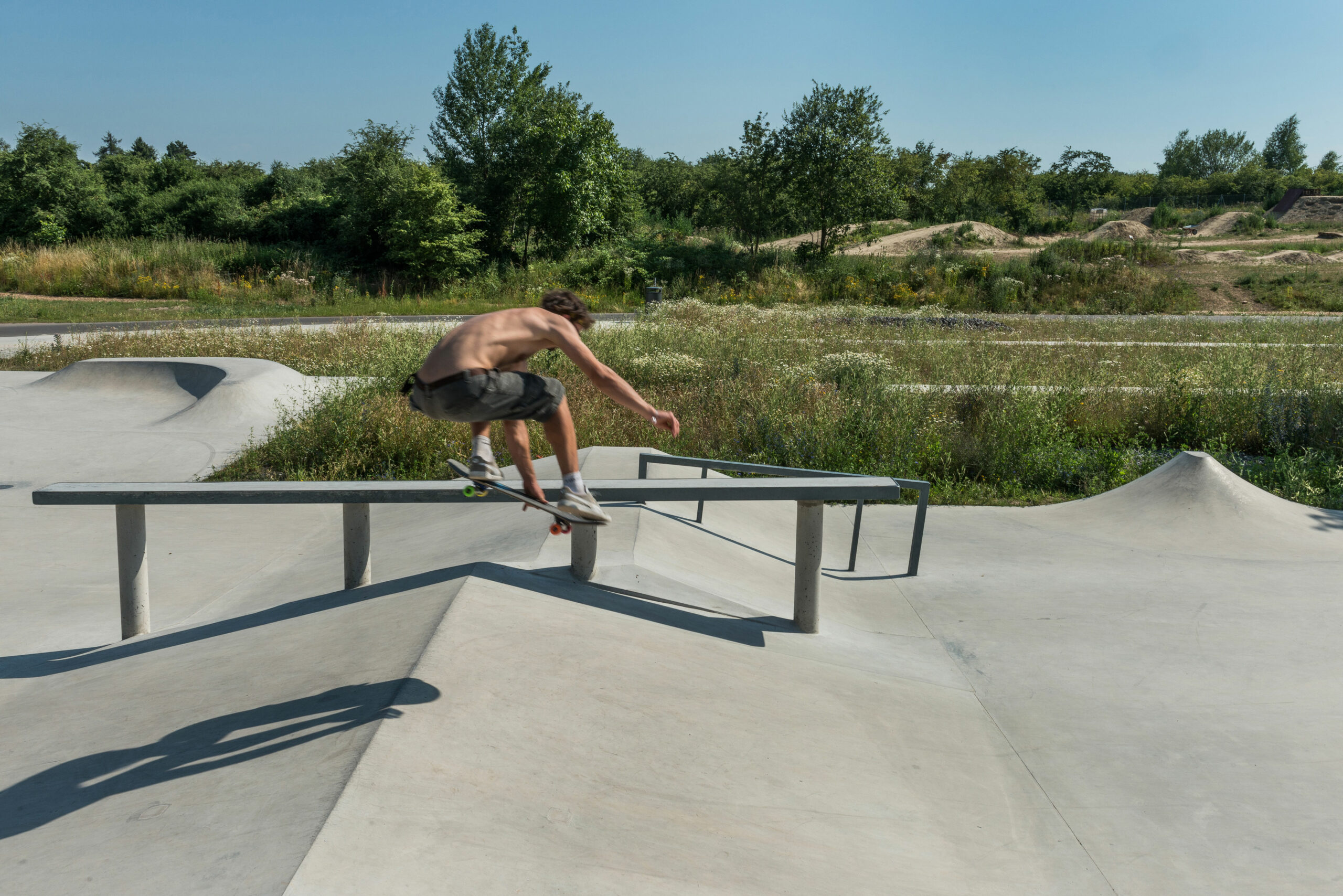 Where landscape and its use merge: A24 Landschaft's Kohlelager in Landau. Credit: Hanns Joosten

MakeCity also took a close look at the flexibility of cities in the view of the city space’s use by migrants. One of the guided tours through Arrival City lead to Thaipark. For more than 20 years, Thai and other people from South-East Asia have been organizing an non-authorized street food market here. By now it has become home to an identity-creating community with a very diverse public. Created by the city’s inhabitants, Thaipark shows how open space can be reinterpreted with relatively few resources. Its flexible use represents a low-threshold, open, social function that would not be possible in a building. This shows that the mixed city can be improvised in the open space from below and can function perfectly.

The examples above show how both buildings and open spaces try to deal with openness. During the last years, Berlin has lost some of its freedom but many free spaces and new forms of nature live on, or are in the process of developing their full potential.
MakeCity Festival illustrates that open structures, easy ways of participation and new social groups can be established more easily in open space than in built up areas. Urban mix requires spatial interpretability and opportunities for conversion – core issues of landscape architecture. Landscape designers should be aware of the fact that open space is not as predisposed as buildings and allows for easier social mixing when considering what is possible in the city. 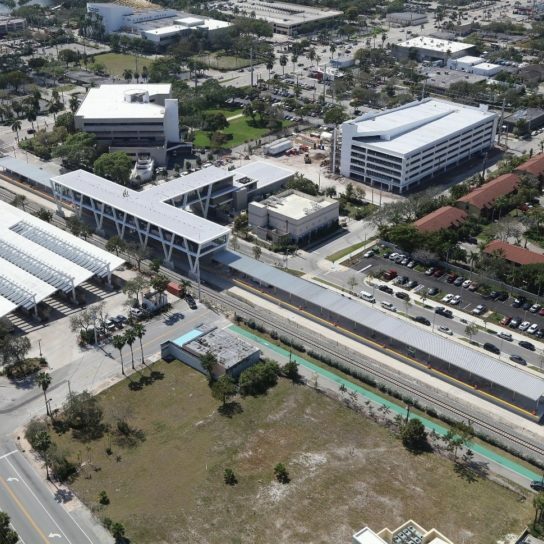 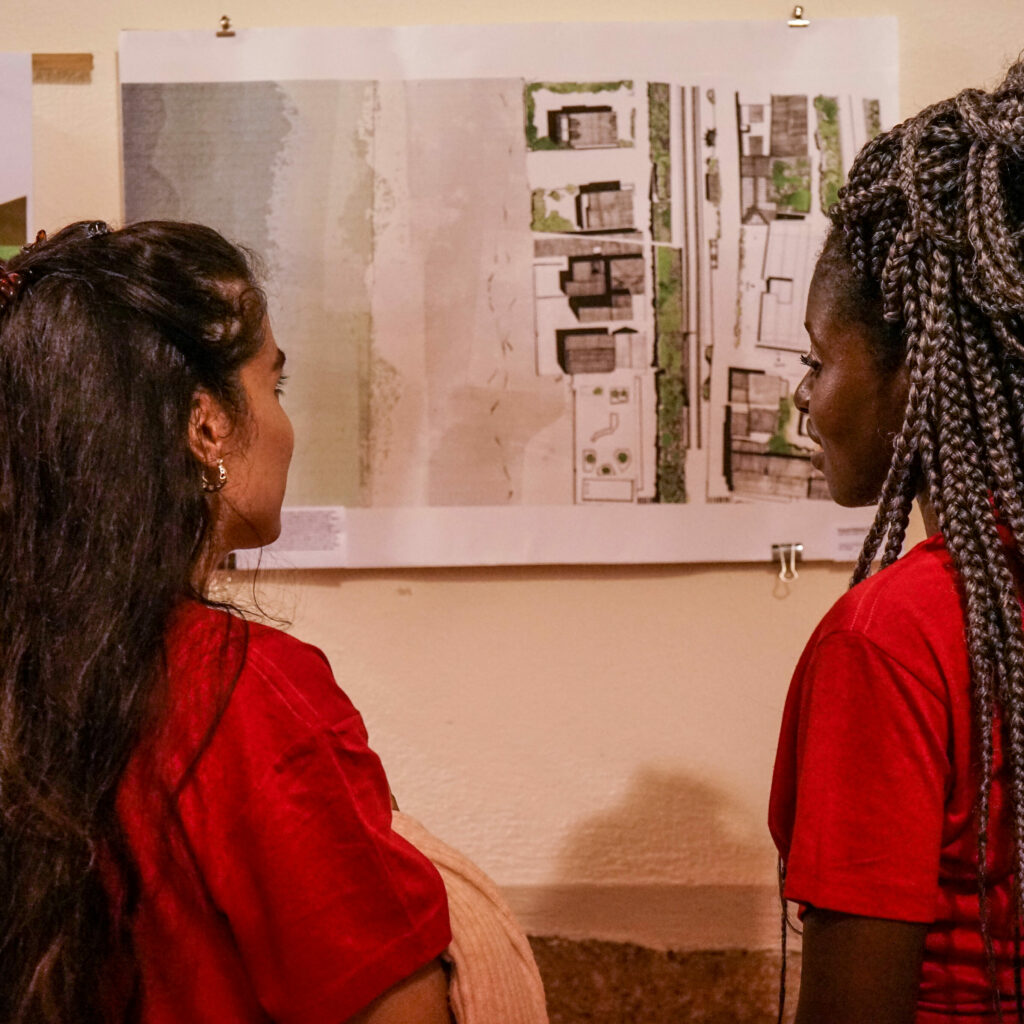 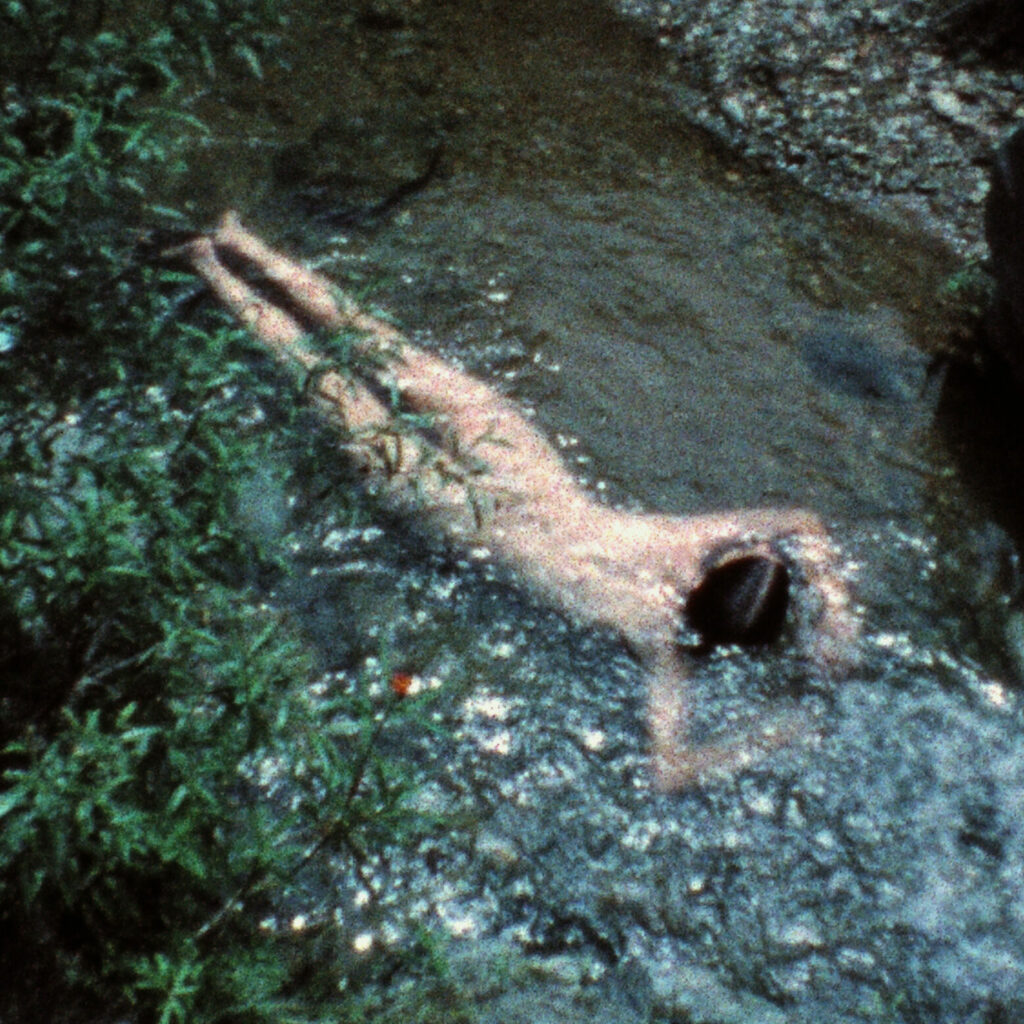 This land is our land

Architecture in the North

The exhibition Nordic Urban Spaces at the Nordic Embassies Berlin shows Nordic architecture and urban planning. The exhibition is open until 28 September.