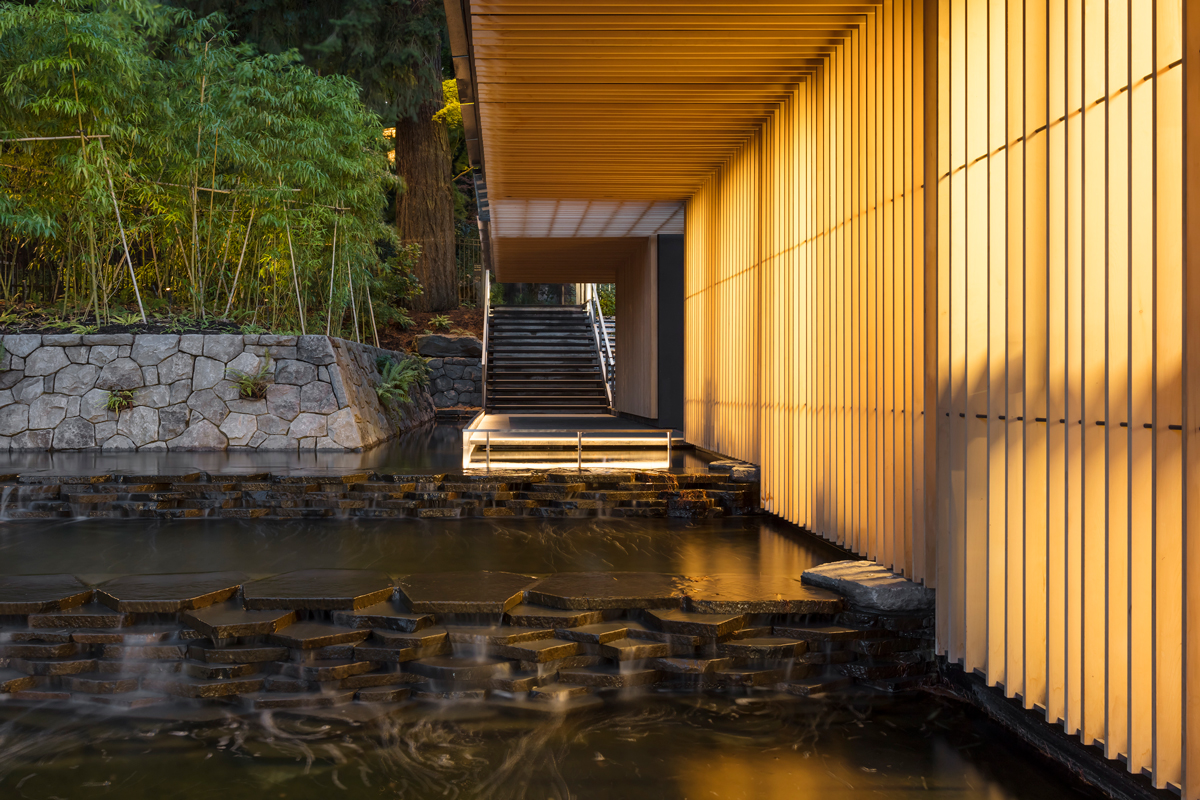 The Portland Japanese Garden is an urban project in Oregon designed by Kengo Kuma. It features a central courtyard and buildings topped with pagoda-style, green roofs.

The Portland Japanese Garden is an urban project in Oregon designed by Kengo Kuma. It features a central courtyard and buildings topped with pagoda-style, green roofs. Kuma won the commission through an international competition – the Japanes Garden is the offices’ first public commission in America.

Originally designed by Takuma Tono, a professor at Tokyo Agricultural University, the Japanese garden opened in 1967. The expansion from 2017 entailed the creation of three new gardens: a moss hillside garden, a bonsai terrace and a tea flower garden.

Part of the project was to move the park’s main entrance to the base of the hill where a new water garden with cascading ponds welcomes visitors. The architects explain it as a “transition from city to tranquillity”.

Existing space within the Portland Japanese Garden was used to create a new Cultural Village including galleries, a multipurpose room, a library and a gift store. Village House, Garden House and Tea House create a trio organised around a central courtyard. The scheme was influenced by Japanese gate-front towns that surround sacred shrines and temples.

The buildings consist of steel and glass wrapped with wood battens and topped with overhanging, tiered roofs that aim to recall pagodas. The top level of the roofs are covered in greenery to help absorb rainwater and prevent run-off. “From a design perspective, the living roofs are likened to the thatched roofs of traditional gardens in Japan,” the architects explain.

The west end of the village is lined by a medieval-style granite wall that stretches 185 feet (56 metres). It was constructed using traditional tools and techniques, with the process being led by a 15th-century master stonemason. 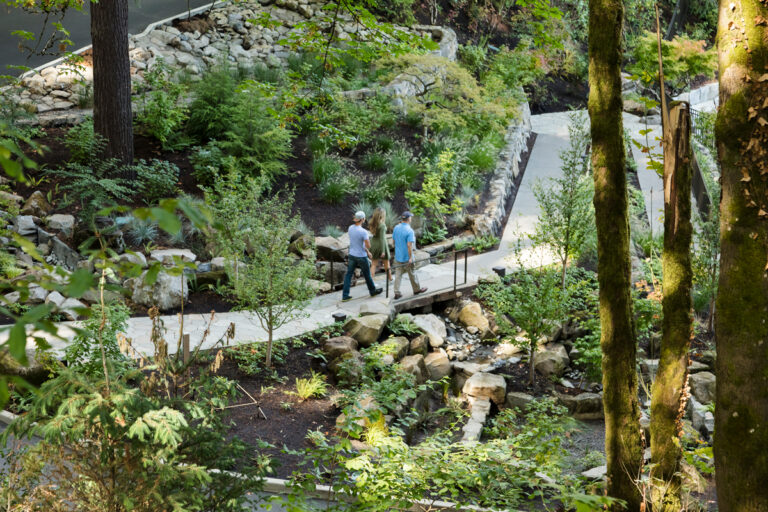 The expansion was designed by Kengo Kuma. Photo: Stephen Tamiesie 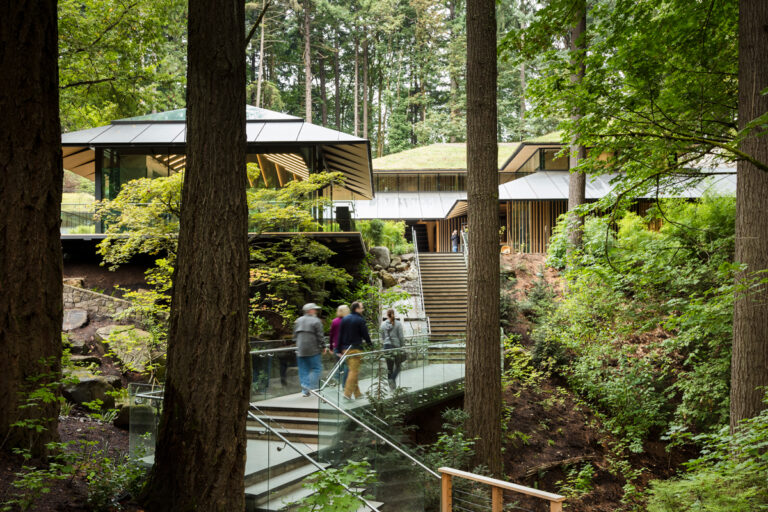 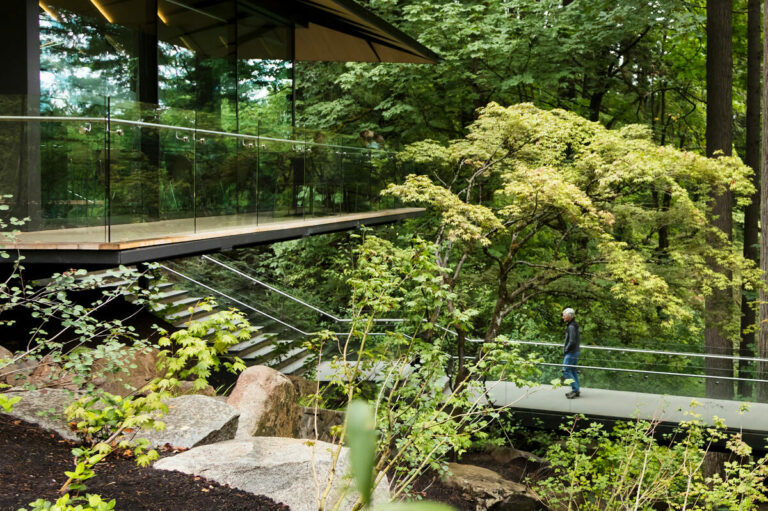 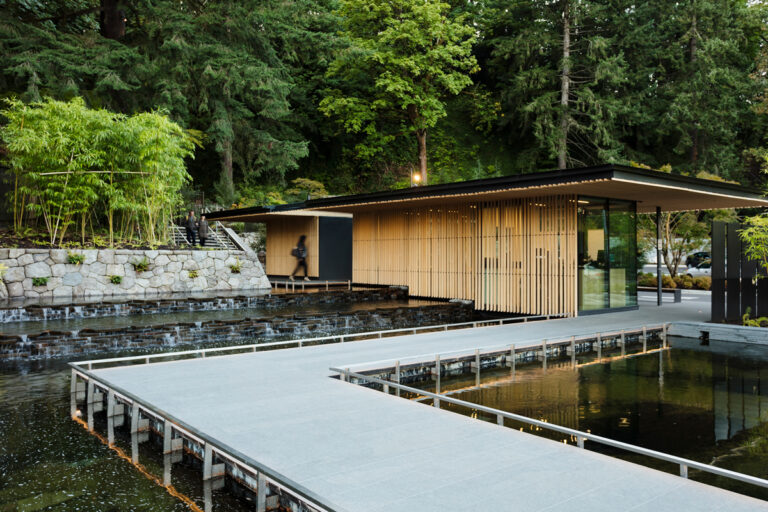 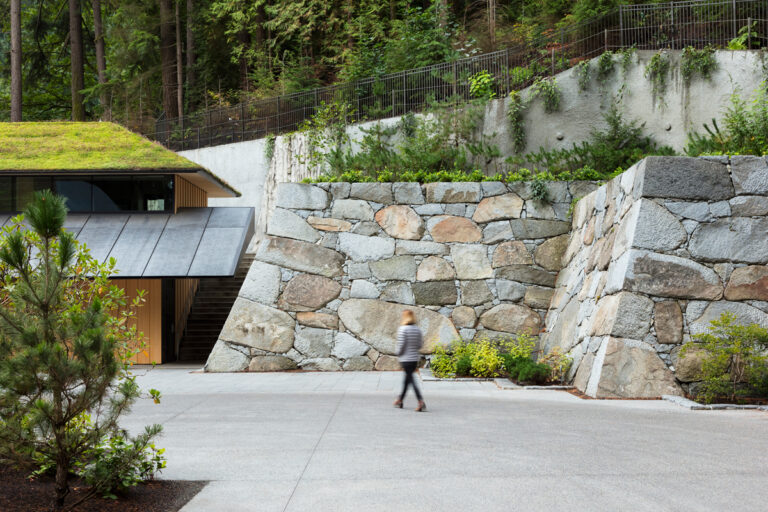 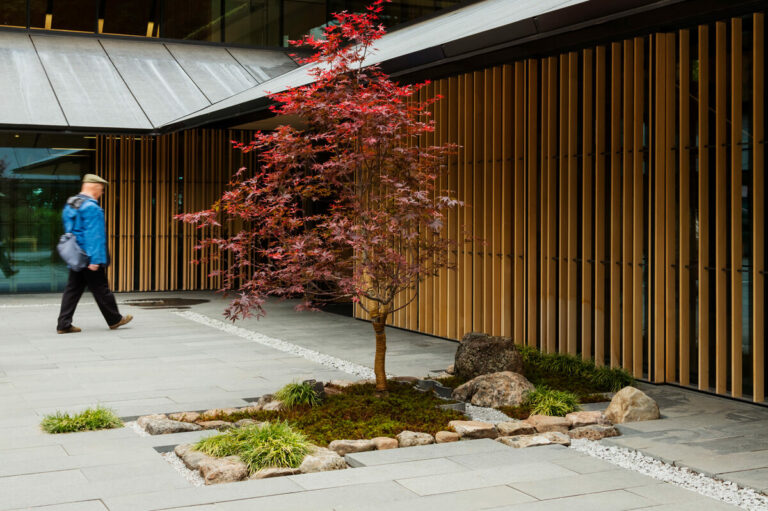 The buildings consist of timber and steel. Photo: Stephen Tamiesie 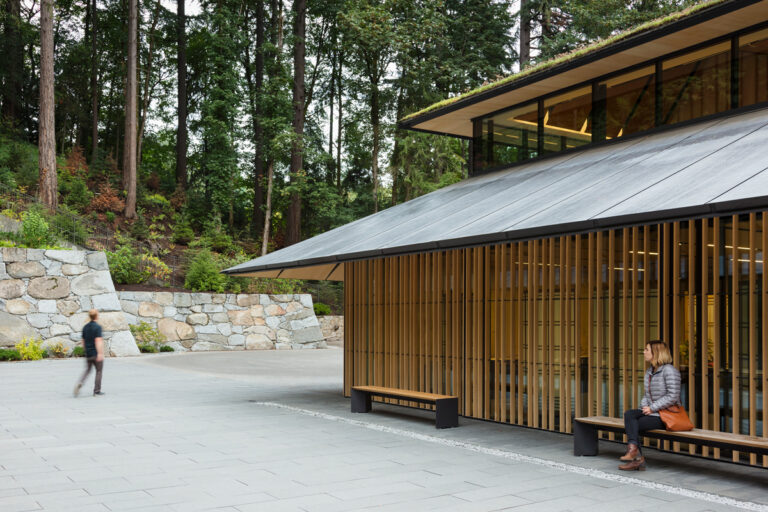 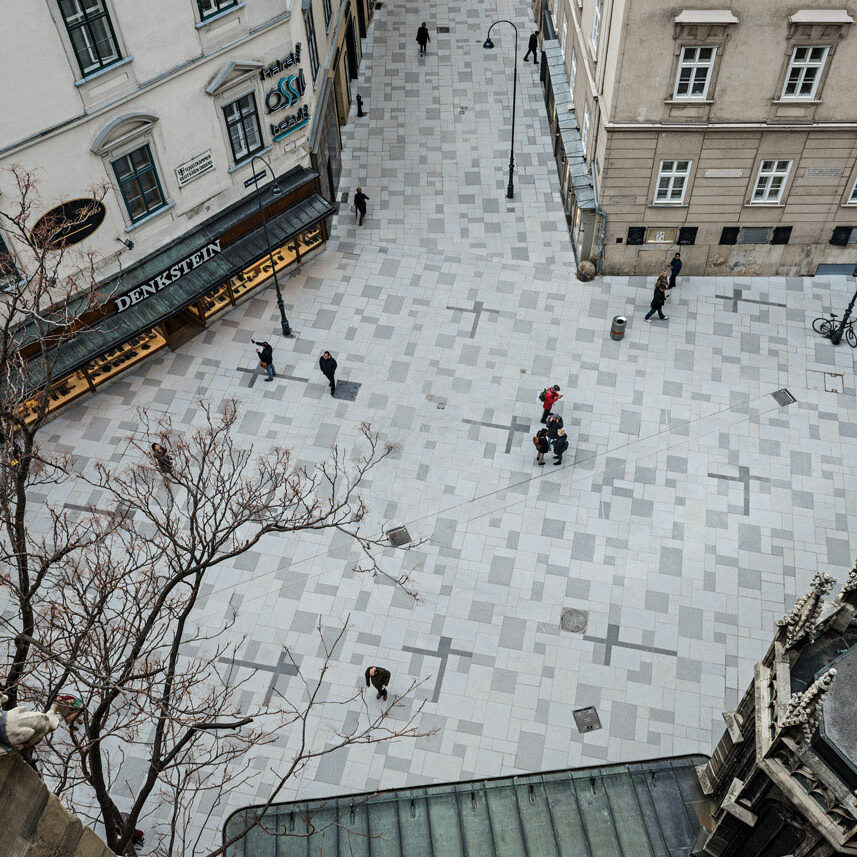 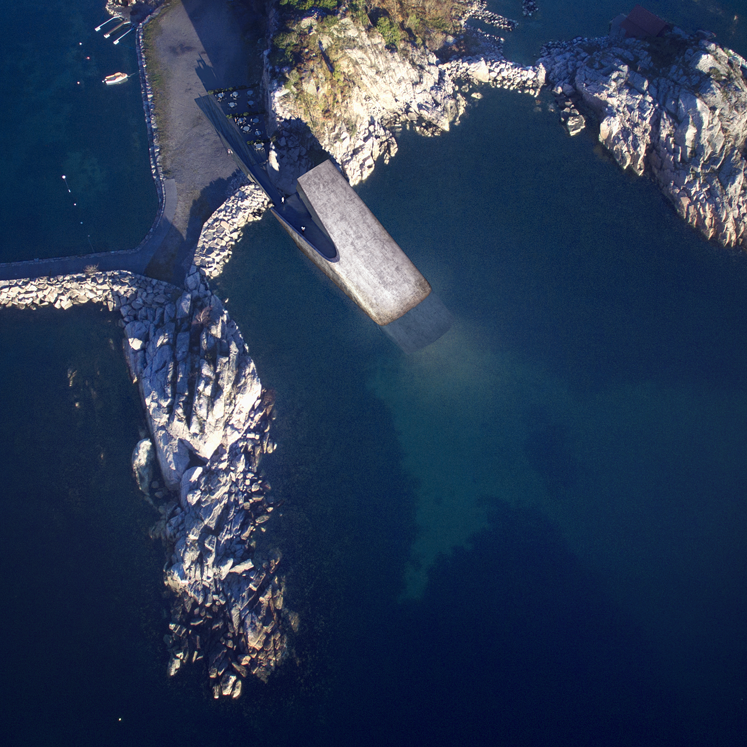