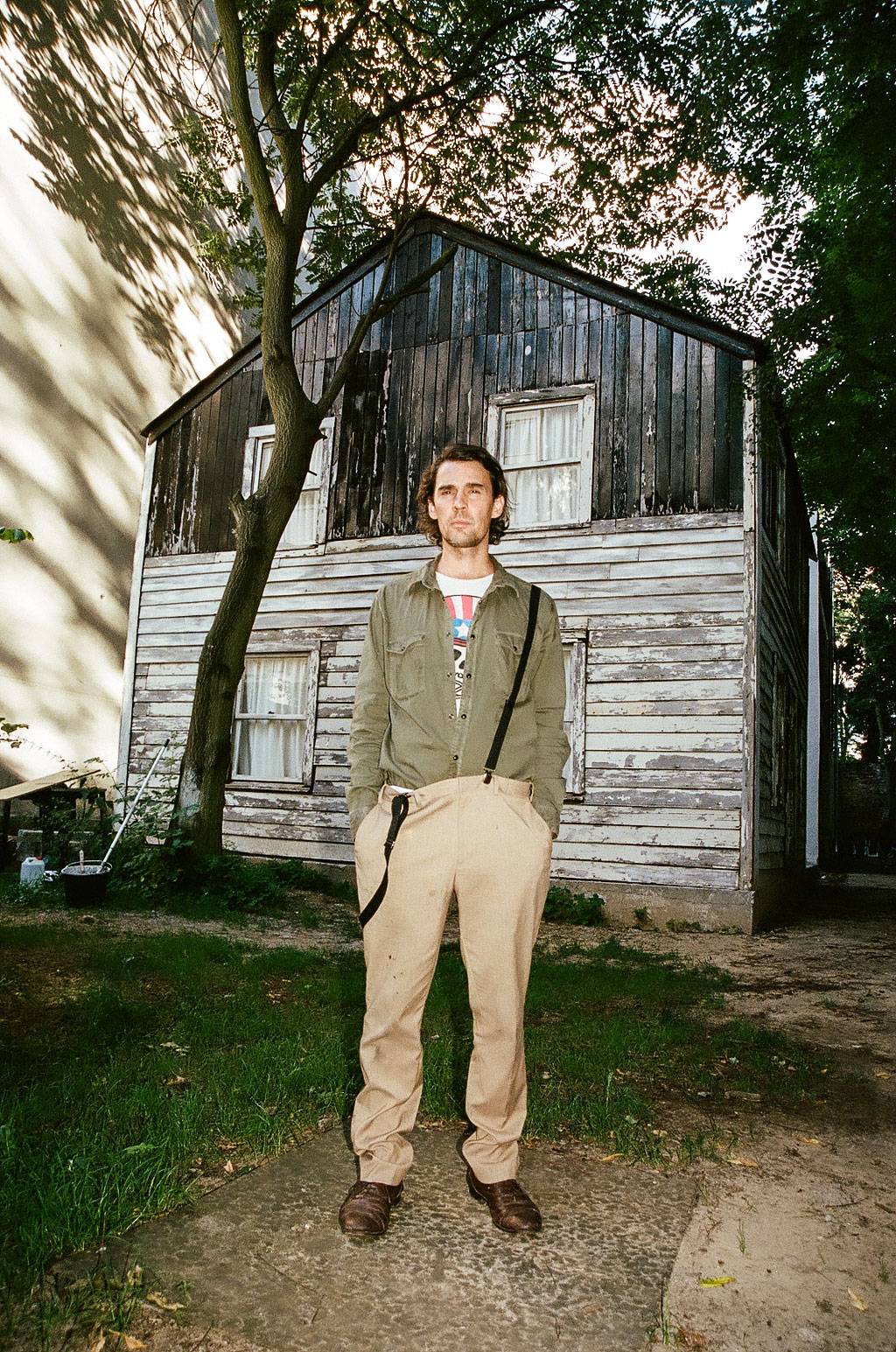 The Rosa Park House refers to the actual purpose of monument preservation: remembering. With this project, the American artist Ryan Mendoza has made a strong case for it.

When a building with a particular historic meaning vanishes, the memory of it and its meaning eventually vanish as well. In Europe, many examples come to mind. The wartime destruction and the demolition of historic buildings in the post-war era led to the loss of countless heritage structures. Historic preservation has a particular responsibility regarding the way societies deal with significant events and their architectural representation within the built environment. Whether this can be applied to any and all countries or contexts is a valid question. Interesting things can happen when built examples are transposed from one place to another. The Rosa Parks House project is a poignant example. It clearly and painfully exposes the state of a nation’s society, with all its conflicts and contradictions. Thanks to the initiative of an American-German artist couple, the house was saved from imminent demolition and transported from Detroit to Berlin. In the German capital city’s quarter of Wedding, the house was reassembled and presented to the public as a physical statement that merges art and space. Following its guest tenure in Germany, the American civil rights icon’s house recently returned to the USA.

The role of architecture as a carrier of meaning

While in Detroit, the artist Ryan Mendoza discovered this modest home with its three bedrooms, timber frame, floors, ceilings, walls and siding and brick-and-mortar chimney. For both the artist and the house, a journey began that led to a profound interdisciplinary deliberation on the role of architecture as a carrier of meaning.
Mendoza met Rhea McCauley, Rosa Parks’ niece at the Deacon Street address where the family – Rosa, her brother, her sister-in-law and thirteen kids – had lived until 1982. It had become Rosa Parks’ refuge after she received death threats and decided to leave the south. McCauley bought back the house from the City of Detroit for 500 dollars in order to prevent its demolition. The City had no interest in the house, its meaning, or its preservation. Mendoza decided to disassemble it and bring it to Berlin by himself. His intention was to preserve the house as a piece of historical evidence. All wooden parts were loaded into a freight container and shipped to Germany. The artist benefitted from experience gained in an earlier project, the White House, which had also been disassembled, transported, and reassembled. In cooperation with two Portuguese architects and Berliners-by-choice, the transposition of the timber construction succeeded. The stiffening effect of the original brick chimney was substituted by a new interior timber structure of their own design. The house was reassembled right next to the artist couple Ryan and Fabia Mendoza’s home, to the amazement of the local audience and prominent guests. It became an example for the connection between building and remembrance, a built memory. Although removed from its original context, it demonstrated its historical significance and emotional impact across borders. 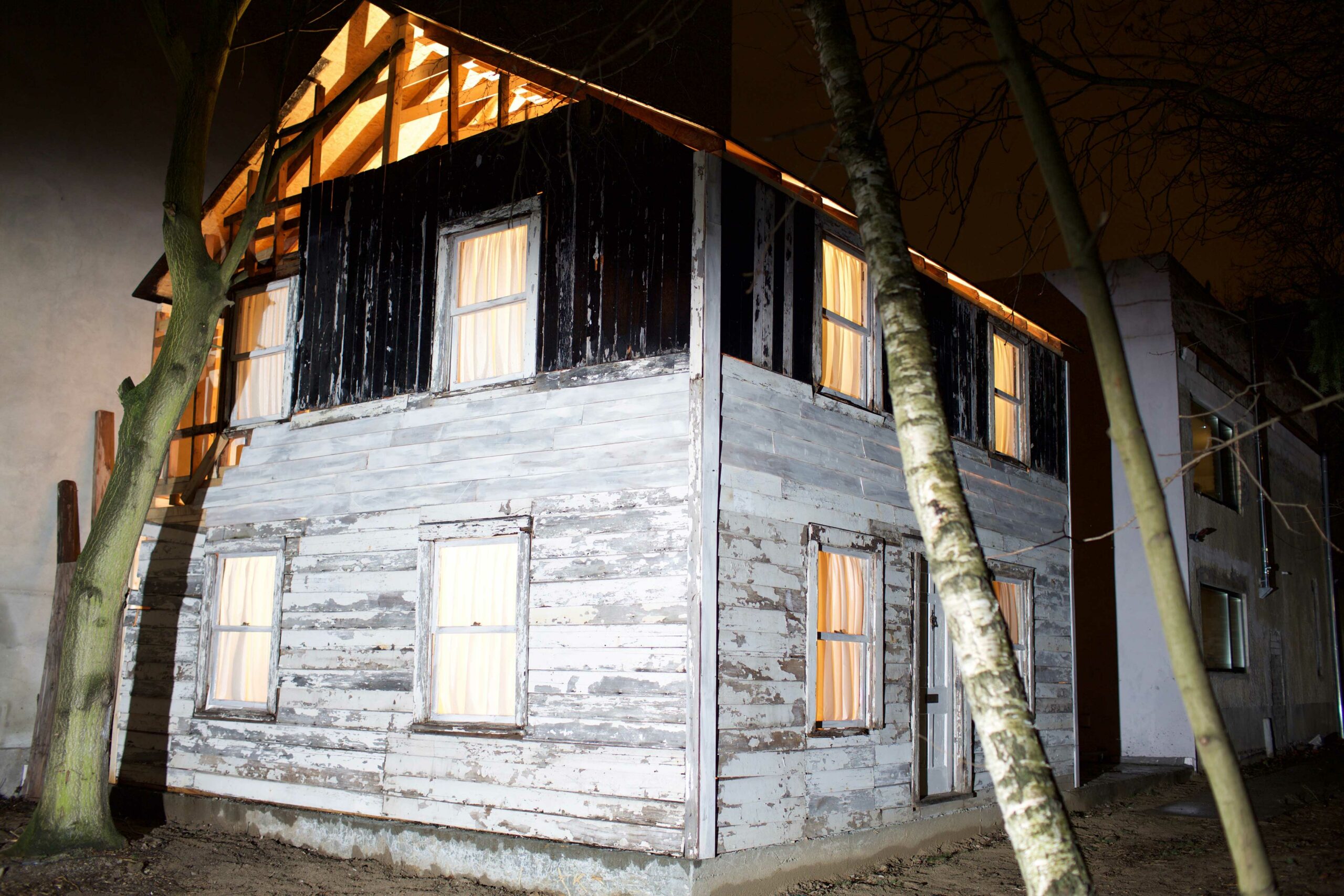 Is a project that deals with the history of race relations in the US uncomfortable?

Following its guest tenure in Berlin, the Rosa Parks house recently returned to the US. However, the architectural artifact and its purpose of establishing, reinforcing and perpetuating remembrance was confronted with unexpected opposition. Shortly after the house returned, a controversy broke loose surrounding its meaning and its historic relevance. One historian simply denied that Rosa Parks, after leaving the South and moving to Detroit, had actually lived in this house. Even though there were eyewitnesses, and even though Rosa Parks had pointed her finger at the house and said “that is where we used to live, and we hardly had any room in there with more than a dozen family members.” To deny this fact also means to obscure the life of Rosa Parks and, even worse, to banalize it. Why did the project partner, Brown University, bring the house back to the US, only to terminate funding for the project shortly thereafter? Had the founder of Brown University been a slaveholder? Yes, indeed. Is a project that deals with the history of race relations in the US uncomfortable? So it seems. More than fifty years have passed since the Civil Rights Act finally ensured the legal equality of all US citizens regardless of race or religion, gender or origin. Many had been killed in the struggle for equality. Parks herself had fled the South. But as the current political milieu in the US shows, revisionist fires are fueled once more in alarming ways ever since the recent President took office. Such tendencies are part and parcel of US history and the reality of everyday life in American society, constitutionally required to tolerate even the most disgusting torrents of chauvinism, racism and nationalism, as long as laws remain unbroken. 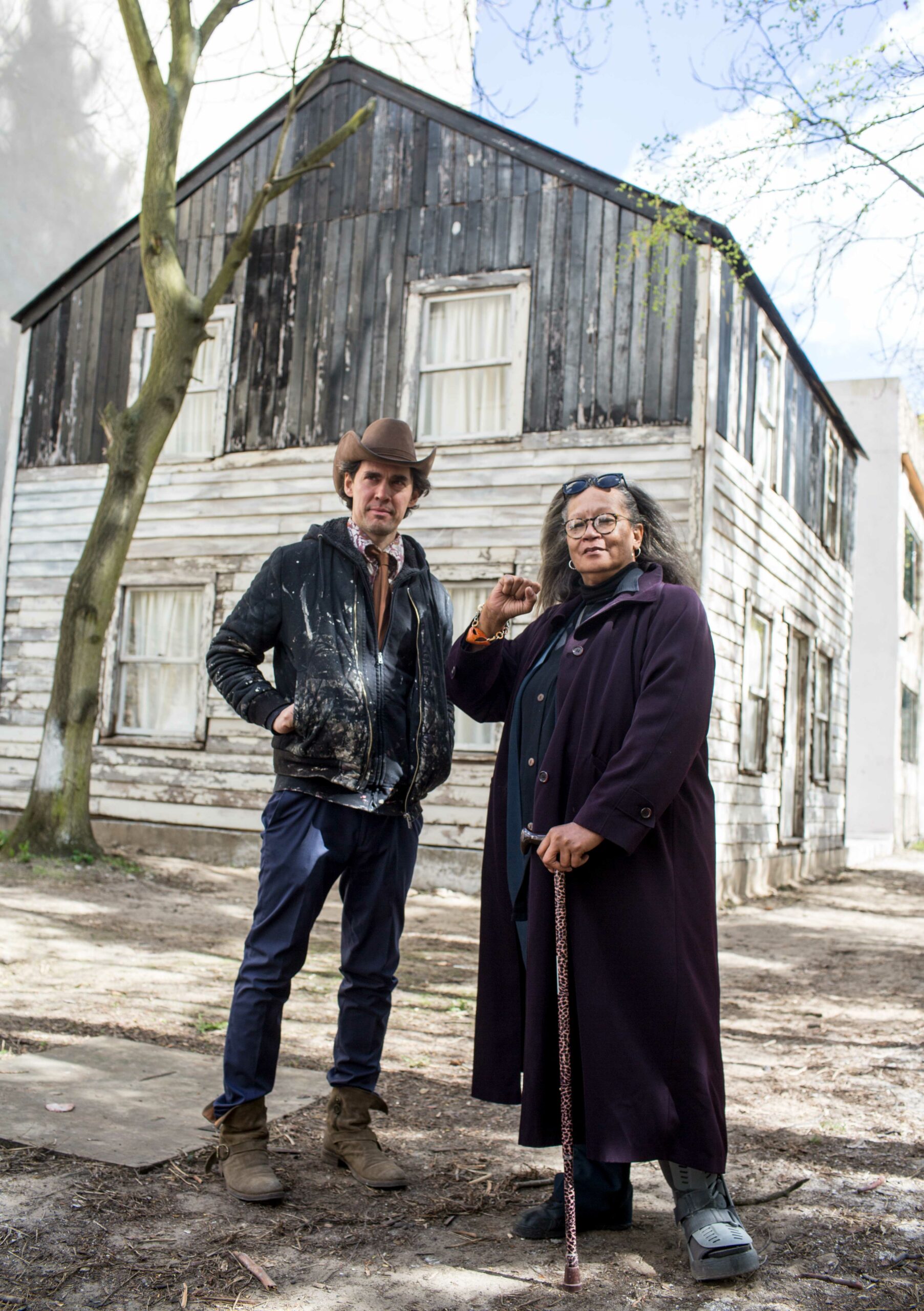 In front of Rosa Parks' house: the niece and the artist. Photo: Fabia Mendoza

The house as an object of remembrance

Since its return to the US, the house was on display in the WaterFire Arts Center in Providence, Rhode Island, offered for sale by an auctioneer, and now lies disassembled in a storage facility in upstate New York. The hope remains to put it back together again and show it to the public. Remarkably, the word re-member refers to memory as well as the act of putting members back together again and hence, reassembling a building. In the case of the Rosa Parks house, its identity oscillates between its role as an historical artifact and its “alternate life” as an art project. Mendoza is actually quite content with being a public voice for this built memorial of the Civil Rights movement. As he states, it is important to understand and celebrate the house as an object of remembrance. In the course of the project, Mendoza the artist transformed into an historic preservation specialist with a focus on architecture and finally into a social scientist and empirical researcher.

Nasty echo of a systematic disenfranchisement

Ryan and Fabia Mendoza’s joint research shows that the house reflects the historic reality of racism in the real estate and construction business in an exemplary way. Rosa Parks never owned the house she lived in. Detroit happens to be an American city in which respectable numbers of African-Americans became homeowners. Yet social and spatial segregation sufficiently reflect discriminatory practices in place during the era of racial segregation. The dysfunctional relations between ethnicities remain inscribed in space, perpetuated across generations. The nasty and hate-filled echo of this systematic disenfranchisement can still be heard and felt today. The Rosa Parks house refers to this inequality and its spatial impact in an unmistakeable way. It remains surprisingly open to interpretation and refreshingly up-to-date. One reason for this is that people find it easy to establish an emotional connection to this small house. Having a roof over your head is a fundamental need – and anybody can relate to it. This feeling creates a connection between people and the history of the house and its prominent inhabitant.

The honesty and persistence with which Ryan Mendoza worked on this project is the result of a deep passion for doing what is right – a very human and empathetic approach that gives back a degree of complexity to Rosa Parks’ person beyond historic reduction and abstraction. Rosa Parks’ life didn’t end in Montgomery, it continued in Detroit. As a result, the house takes a stand. Perhaps this is why it is considered uncomfortable by some. However, they can only whisper their opposition, while the house calls out loudly where inequality reigns. It shows how to design a culture of remembrance by “inscribing memory into topography”, as Mendoza calls it. The international journey of Rosa Parks’ house brings this culture closer to us. 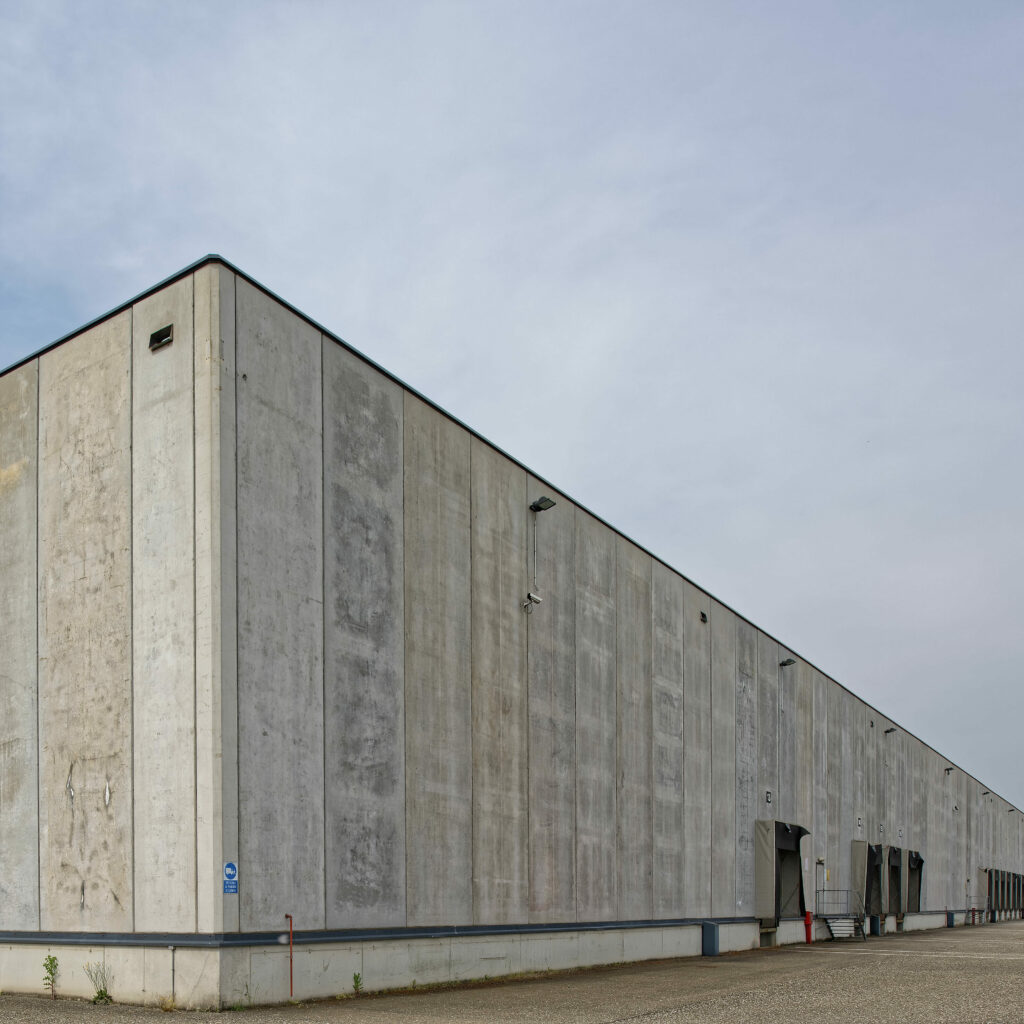 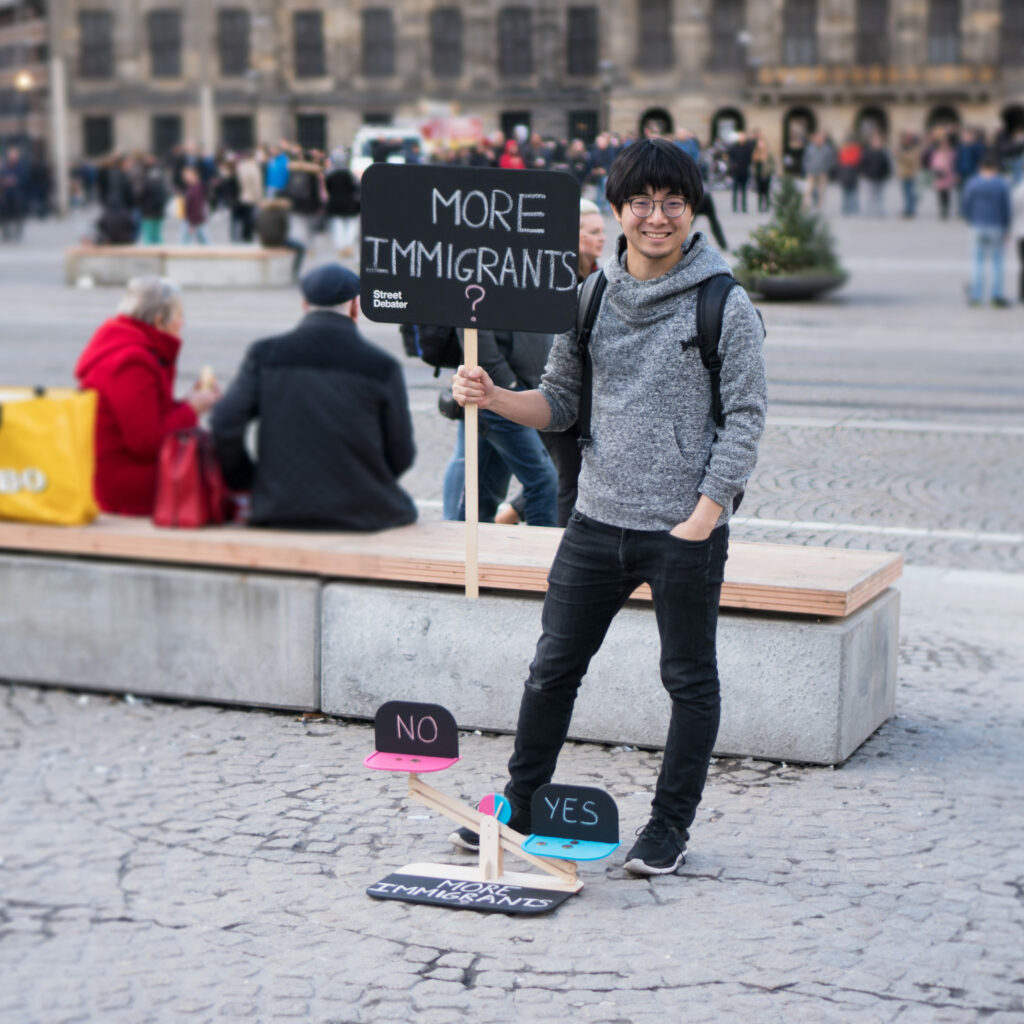 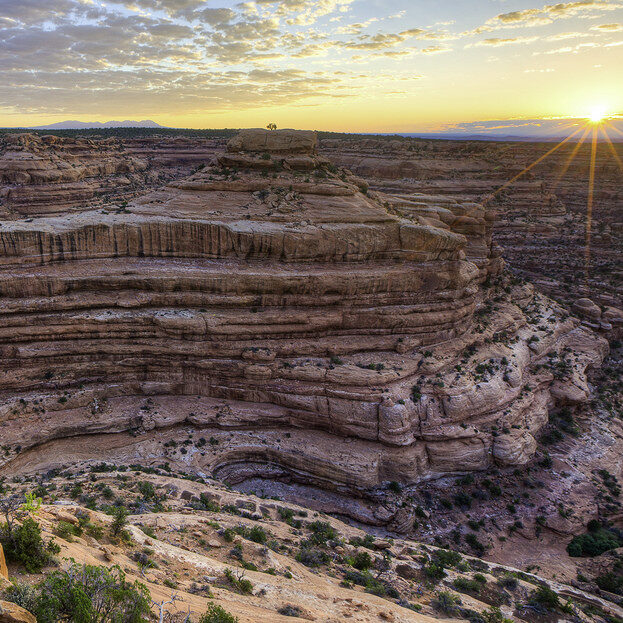 The battle of Bears Ears is far from over

Chinatowns have undergone several processes of change in recent years. Kongjian Yu comments on their development and above all he demands more authenticity.