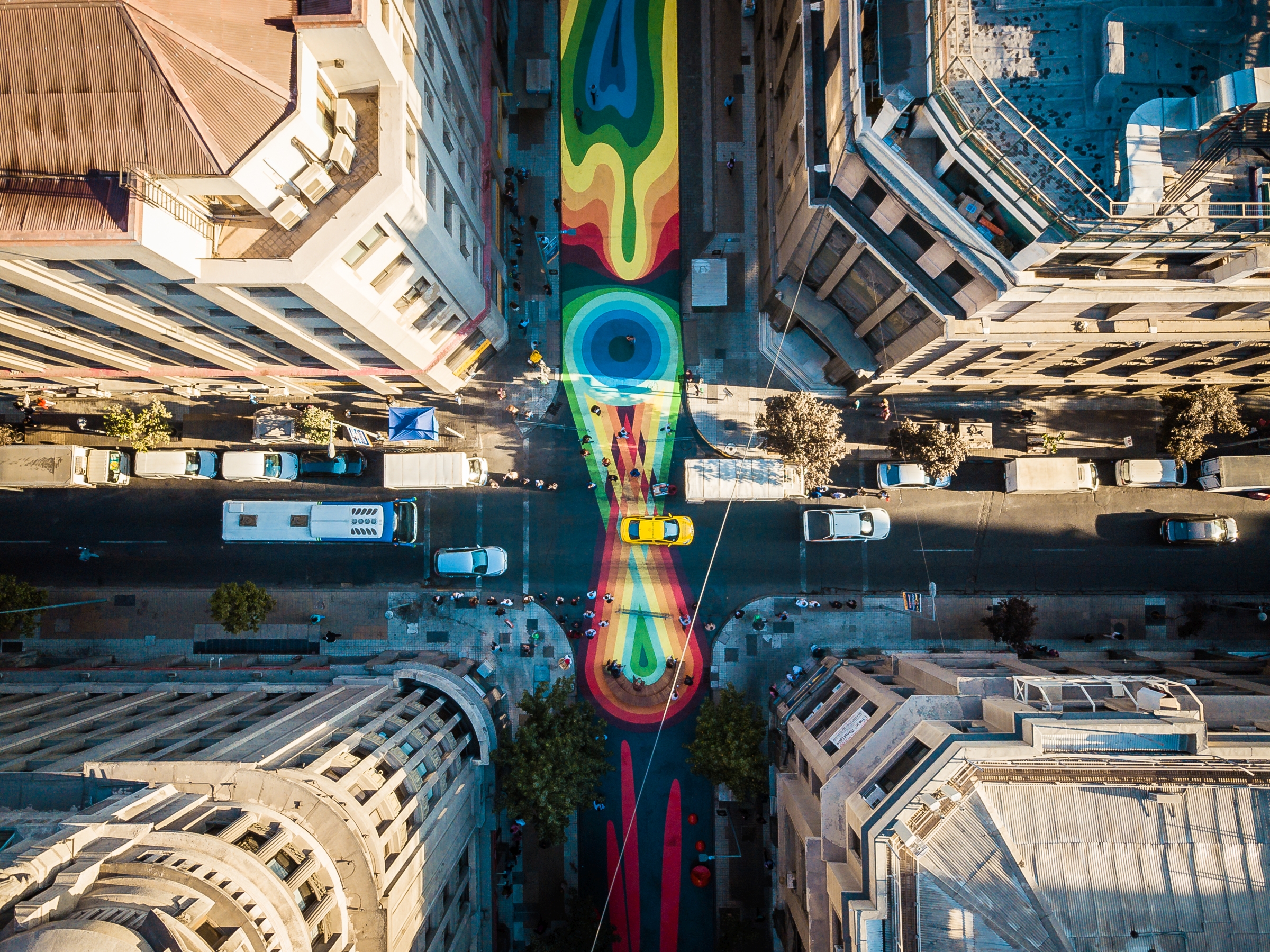 More and more cities worldwide are using pedestrianization to increase the quality of life in cities. One recent project is Santiago’s Bandera Street.

Santiago’s Bandera Street after its transformation into a pedestrian zone. (Credits: BLVCKIMVGES @ DASICFERNANDEZ)

More and more cities worldwide are using pedestrianization to increase the quality of life in specific areas. One recent and very colorful addition to this quite simple approach is Santiago’s Bandera Street. The authorities did not just transform the street from a congested avenue into a pedestrian zone: street art artist Dasic Fernández also converted the road into a 365-meter-long art exhibition. Numerous paintings and artworks are now decorating one of the most iconic streets of the Chilean capital. The city plans to reopen the Bandera Street for traffic at the end of August 2018, but the city expects a broad resistance.

From Closing to Artwork in Santiago’s Bandera Street

When the authorities decided to close this part of the street for construction works on the Santiago Metro, they had the brilliant idea to assign the architect Juan Carlos López and the street art artist Dasic Fernández to redesign Bandera Street temporarily. After convincing the mayor, it took them only three months to materialize from conception to opening. The idea of the transformation is to join art and architecture in order to upgrade an urban space. With the help of 120 artists, Fernández realized the project within just 30 days. The artwork has three sections: The first one reflects Chile’s pre-Hispanic past, the second section is inspired by the current diversity of the country, brought by immigration and cultural developments and the third shows a futuristic theme.

Despite the support of the public and the mayor of Santiago, the future of a pedestrianized Bandera Street remains uncertain. Because of a possible gridlock, the Chilean Ministry of Transport indicated that they must reopen the street to the traffic when the construction work is completed. Examples like London’s Oxford Street show how congested streets can be pedestrianized, especially when commuters have access to public transport. 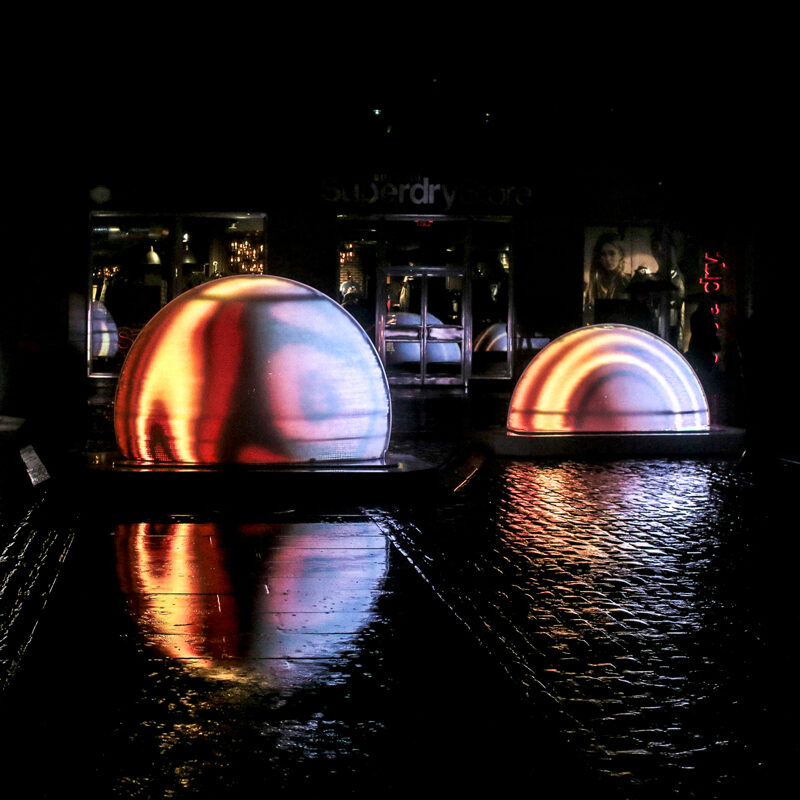 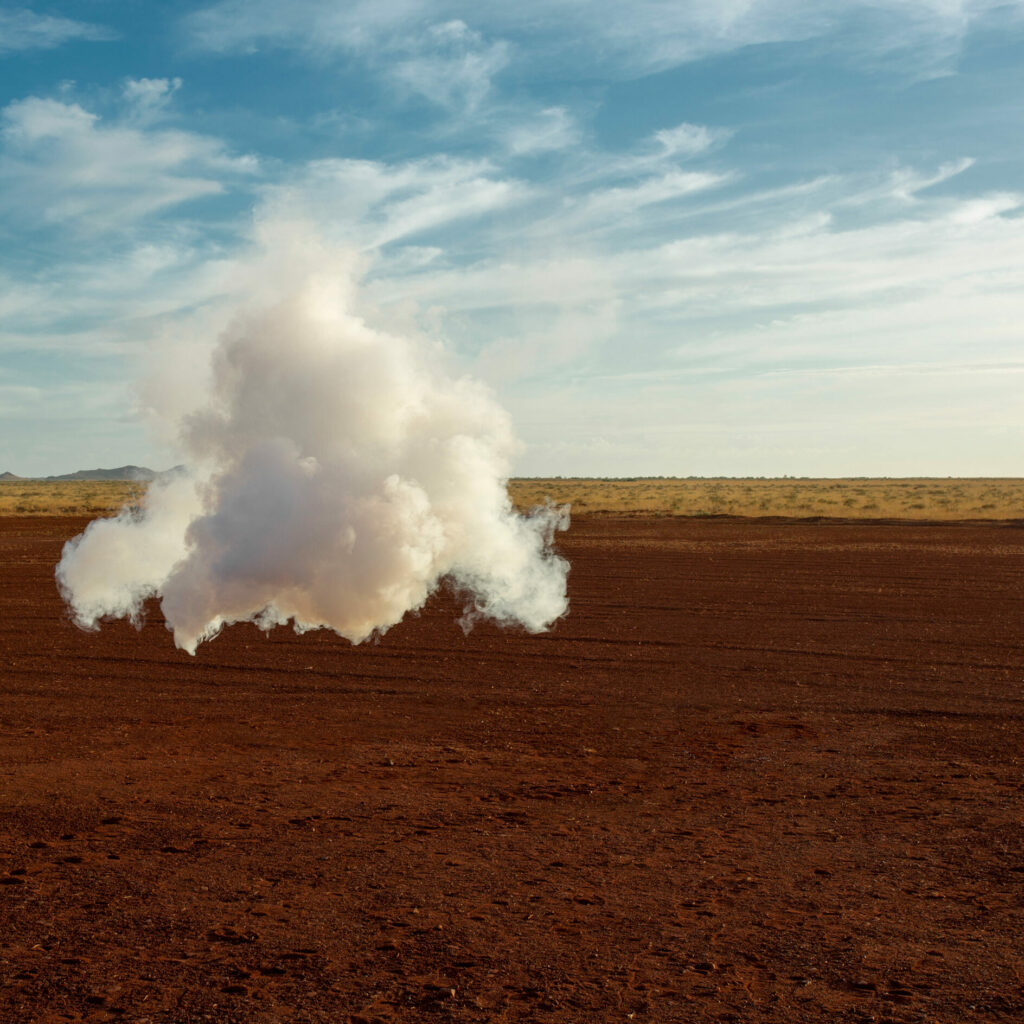 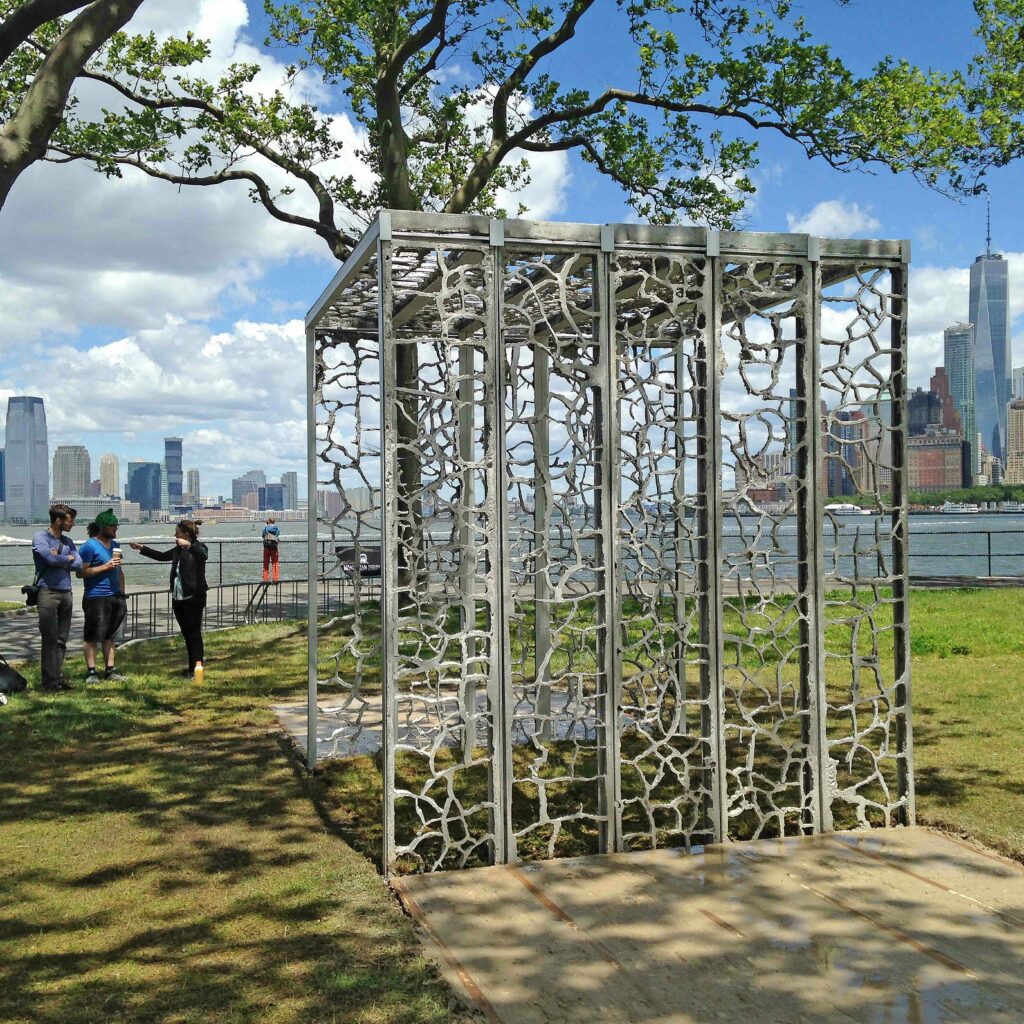 Rune Guneriussen questions in his art the balance between objects, time, space and humans. Everyday objects subtly insert themselves into natural sceneries.