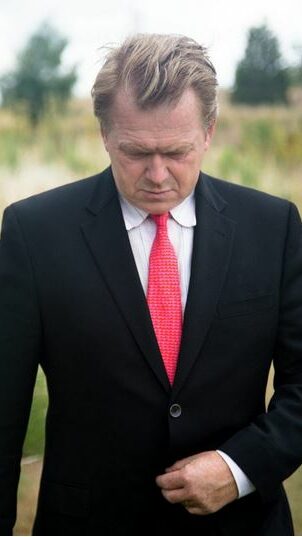 What are your design principles? What is your formula for success? What are the most challenging obstacles for the profession? In a new talents & masterminds topos had the opportunity to talk to Michael Van Valkenburgh, founder and partner of one of the US’s leading landscape architecture firms Michael Van Valkenburgh Associates Inc (MVVA) and to Scott Streeb, Associate Principal at MVVA and a key member of the creative team. Michael’s lifelong dedication to the medium of landscape and its robust material expression is evident in MVVA’s diverse body of work, including gardens, museums, parks of all sizes, campuses, and urban design. Scott’s interest lies in creating inclusive spaces that children of all ages, cultures and personality types can find comfort in while also encouraging caretaker interaction.

Who and what has most influenced you?

I have been practicing landscape architecture for close to 50 years, and during that time I have found inspiration in both expected and unexpected places. Going back to the beginning – at least, to the summer after I graduated from Cornell, in 1973 – I drove across the United States, visiting projects I admired by the offices of Dan Kiley and Lawrence Halprin.

Two projects that still stand out to me are Kiley’s Miller Garden in Columbus, Indiana and Halprin’s Embarcadero Plaza in San Francisco, which includes the exuberant Vaillancourt Fountain. When I think of the Miller Garden, I still can feel the grace in the many geometric transitions and the overall sense of comfort from the openness of the spaces and the dense plantings that weave around them. I love the way Kiley pushed the weeping beeches up against the side of the house, and how that choice plays their excessiveness against the rhythm of the elegant honey locust allée nearby. Halprin’s work in San Francisco made me smile and seemed to bring out the playfulness in people.

I met Kiley that summer and occasionally spent time with him over the years. His stubbornness and tendency to obfuscate could be turn-offs, but part of me respected how strong-minded he could be. In the 1980s, I drove to Vermont to see him, passing apple orchards threading up through mountains and valleys along the way. I asked him how he felt when trees went missing from his bosquets, as I had seen in many of the gridded apple orchards. His answer was so good: “When trees die, that is when the bosquet starts to get really good.”

In my final months at Cornell, I came to know Halprin as well. At the end of my last semester, I drove him to the airport, and he said: “I really like your work; come join my firm in the fall.” However, when I visited his office in San Francisco, which had a mandatory silence policy until lunchtime (so I couldn’t talk to anyone), Halprin told me he wasn’t hiring. We chatted for a while, and I asked him about the wonderful plantings Mai Arbegast had done for several of his plazas and parks. He got irritated and said that he designed everything that came out of his office. His unwillingness to say anything positive about the enormous contributions of Mai Arbegast and Angela Danadjieva to his many great landscapes left me cold.

After my turn-off visit with Halprin, I decided to head back East, but the long way, with a northern detour up the West Coast to Seattle to see Rich Haag’s Gas Works Park, which was still in progress and would be completed two years later. The landscape was deeply appealing, just like Rich himself. He had his moments of inscrutability, but he spoke with the infectious enthusiasm of a leprechaun and understood that landscapes are so appealing in part because there is no singular way to see, feel, or know them. Many years later, after curating an exhibit of Rich’s work at Harvard, I got to know him much better. He had a wicked sense of humor, an inquisitive mind, and a generosity about the purpose of parks. He also loved people and realized that everything he did depended on a team.

I spent a month just before that trip as a junior fellow living at Dumbarton Oaks in Washington, DC. Every day I walked through Beatrix Farrand’s quite exceptional gardens there. Farrand was new to me and I puzzled over the collage of elements she created lying over the strongly sloping topography. This approach departed from what I heard over and over at Cornell: organize a project around a single “big idea.” It seems brilliant to me now – and quite relevant to how our office makes parks: to meet the needs of diverse user groups, provide many distinct landscape experiences within a large collaged whole. 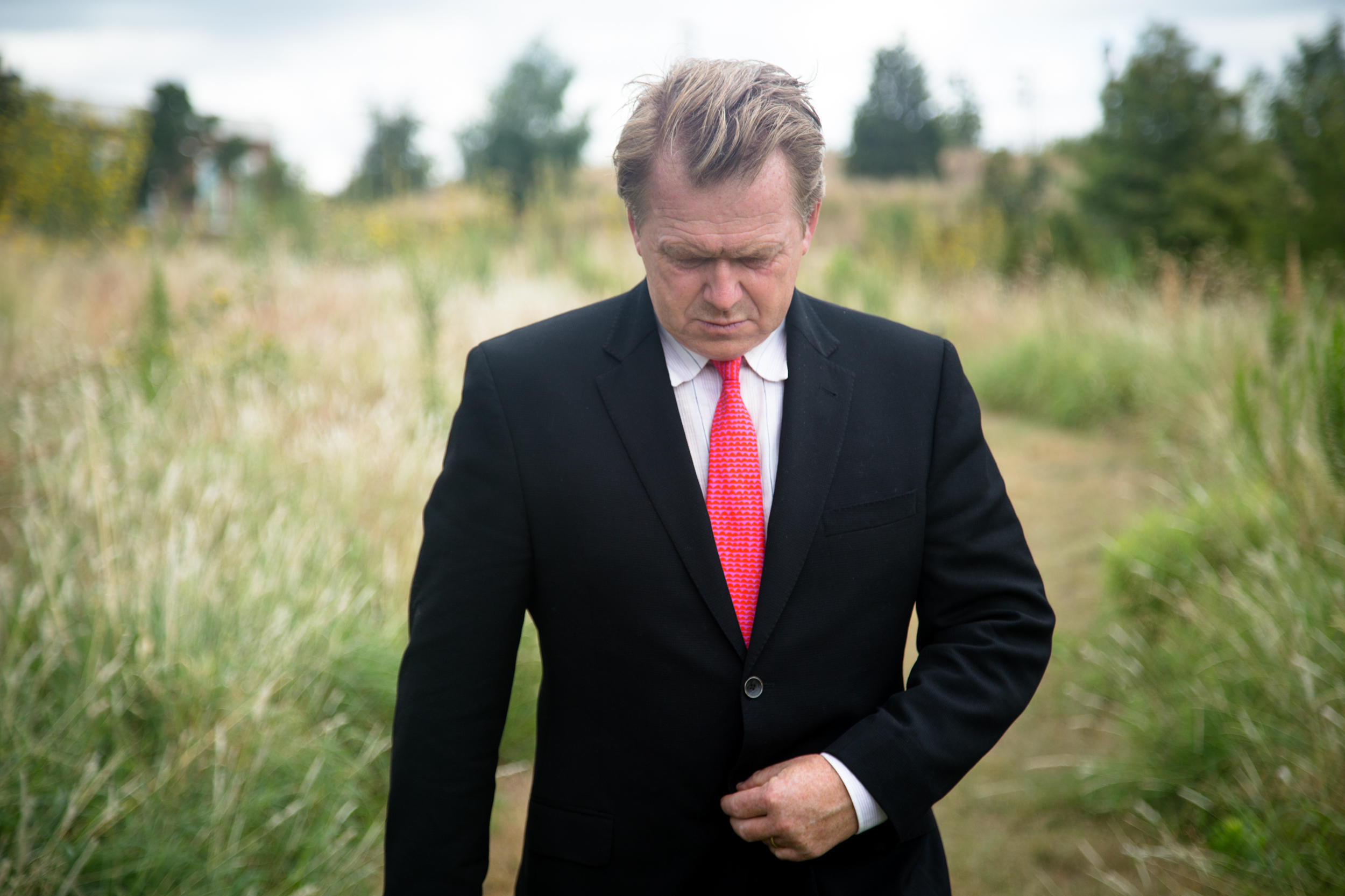 Why did you become a landscape architect?

For me the question really is, when did you discover that you were a landscape architect. That happened when, as a college freshman expecting to major in history, I read Ian McHarg’s Design with Nature. My antennae went up. I loved the thought of spending my life absorbed in the kinds of questions McHarg was asking. A month later, I applied to the landscape architecture program at Cornell, and I have never looked back.

What are your design principles?

When all is said and done, my work is about plants. I tend to see the best landscapes as assemblages of different program areas shaped by unique vegetation.

What is your formula for success?

I always start a project by seeing it as an opportunity to explore. Designing a landscape isn’t like looking up a recipe in a cookbook, buying the ingredients, and then following each step as written. In fact, it’s just the opposite. I start by taking stock of all the available ingredients and then begin thinking about things I can do with them.

What are the most challenging obstacles for the profession?

I am a bit troubled by the popular attitude right now that landscape architecture can save the world. It is not because I don’t want to save the world. What I can do is make the world better an acre or a square mile at a time and to me that’s a big contribution. It is going to take a global commitment to save the planet.

Who and what has influenced you?

Mother nature is certainly the best landscape architect and my greatest influence. I grew up among the Rocky Mountains of Colorado. Exploring these monumental and sometimes severe landforms influenced my spatial and material instincts. It taught me to read landscapes as three dimensional and sculptural. Visceral experiences of being in nature continue to be the most significant driver of my design work.

Who and what has inspired you in your professional life so far?

People who use the parks we design are the greatest inspiration. We intend to create spaces that inspire feelings: joy, connection to our fellow humans, awe, peacefulness, and even sorrow. Being a “fly on the wall” walking through an MVVA park and seeing all the social interactions is a huge inspiration and something we talk about frequently during design conversations. Play spaces are my favorite environments to design, so I am particularly inspired by watching children interact in our parks.

I never did too well in traditional school subjects, and art class was always my favorite. My mother was an art teacher and facilitated a creative environment. My father was a carpenter, and I learned the value of composing materials in a useful way.

When I was in high school, I aspired to become a production potter, however, my parents had concerns with that as a career choice and encouraged me to pursue a degree at Colorado State University. I had no idea what I wanted to do with my life, until I stumbled into the studios of the landscape architecture department with physical models and drawings plastered all over the walls. I immediately knew this the perfect fit because it was a mixture of creativity and working with nature. 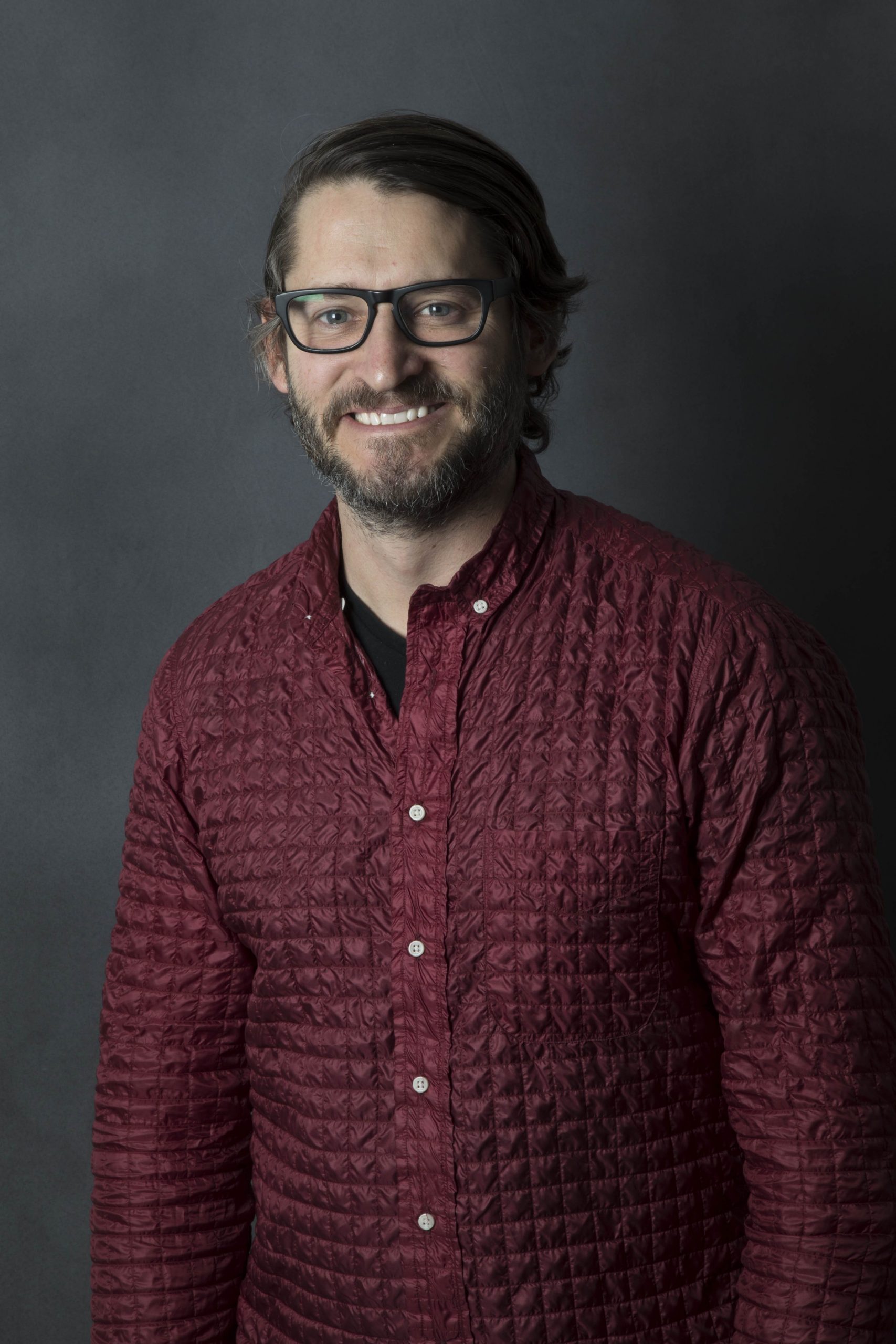 What is your special focus?
Understanding the psychosocial stages of development from infancy to maturity helps prove that we all need play in our lives. My special focus is to create whimsical, fantastical, and playful spaces. Additionally, I specialize in the sculptural aspects of landform.

What is your formula for success?
Trusting my gut when inspiration strikes and finding a way to articulate it has been a successful strategy for me. Often, my first ideas are fleeting and happen either late at night or early in the morning. The first step in my process is to solidify them as quickly as possible so that they are not lost. This requires seizing the time to capture them, often at unexpected maybe even inconvenient moments. Next, I allow the idea to develop in my mind a bit before inviting feedback from others. Once the open forum of design begins in our project teams, impassioned discourse and debate and dogged iteration bring our work to its final form.

What are the most challenging obstacles in the profession?
Advancements in technology and software have allowed the profession to become more efficient and collaborative and it is amazing and exciting. However, as a designer who learned to integrate digital tools into a strong analog foundation, I know we owe it to young designers to preserve the handcrafted aspects of our work. The fundamentals of hand grading and modeling instill nuance and apt sense of scale in designers that software cannot teach. We need to preserve the tactile traits of our profession.

What is the most important role landscape architecture has to play in the future?
To continue making beautiful spaces that people enjoy and that act as egalitarian melting pots for cities.

In the project “Imagine Green Urban Futures”, the lala.ruhr initiative and the Places _ VR Festival want to work together with innovative urban designers to discover new possibilities for making cities, streets, buildings and open spaces better and more sustainable.