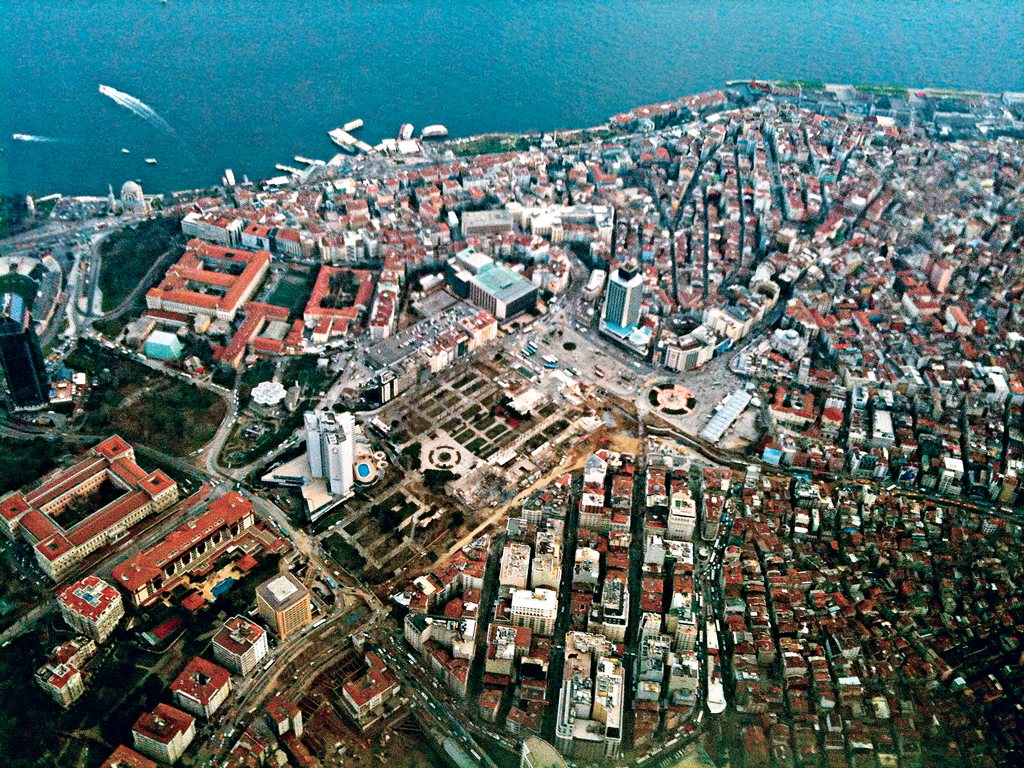 Taksim Square was supposed to be transformed into a space, where all political demonstrations would be banned. The public answer: the Gezi park revolution. A discussion of democracy and public space.

Taksim Square is Istanbul's most central and most political public space. The adjacent Gezi Park is one of the few non commercialized open spaces in the center of the metropolis.

Introduction. The Turkish Prime Minister’s proposal to build a new shopping mall on the site of Gezi Park, the only remaining green space in the extreme densely populated centre of Istanbul, triggered a revolutionary moment. The protests rapidly spread beyond the city and led to the articulation of intertwined demands for social, political, and economic reform throughout the country. The different dimensions of the protests voiced and the nature of the demands made had global echoes. The event itself being larger than life, this article aims to reflect on the following questions in relation to the Gezi Park uprising.

To answer these questions, first, the social and political context of the Istanbul protests will be briefly considered, followed by six propositions that analyze the specific spatiality of the movement.

Context: The double-edged crisis of urban ecology and democracy.

The urban ecological crisis is intrinsically linked to the crisis of democracy. The Networks of Dispossession Project is an initiative that seeks to contribute to social and political reform in Turkey by exposing the collusion of political and economic elites in reshaping the country with no or minimal participation by the millions of ordinary citizens who are affected by these elites’ policies. The website offers a series of maps that identify the actors behind projects that have a detrimental impact on the ecology and exacerbate urban inequalities.

On one map the urban and rural projects in question are indicated individually through black dots; the monetary value of each project is rendered by the relative size of a dot. The blue lines connect the projects to their developers. The logos name relevant media outlets, which typically are owned by the same companies developing those projects. The map thus reveals a highly interconnected network of public and private actors characterized by an extreme concentration of power and wealth. We see an economy worth more than 100 billion Euros, around one fourth of the Turkish GDP.

Hence, within the established institutional framework, how can ordinary citizens reclaim their living spaces and overcome the current urban ecological crisis? The Gezi Park uprising gives hints at possible answers. […]

For propositions for an open space, that strengthens democracy and a more equal distribution of power and the conclusion, read on in Topos 85 – Open Space.