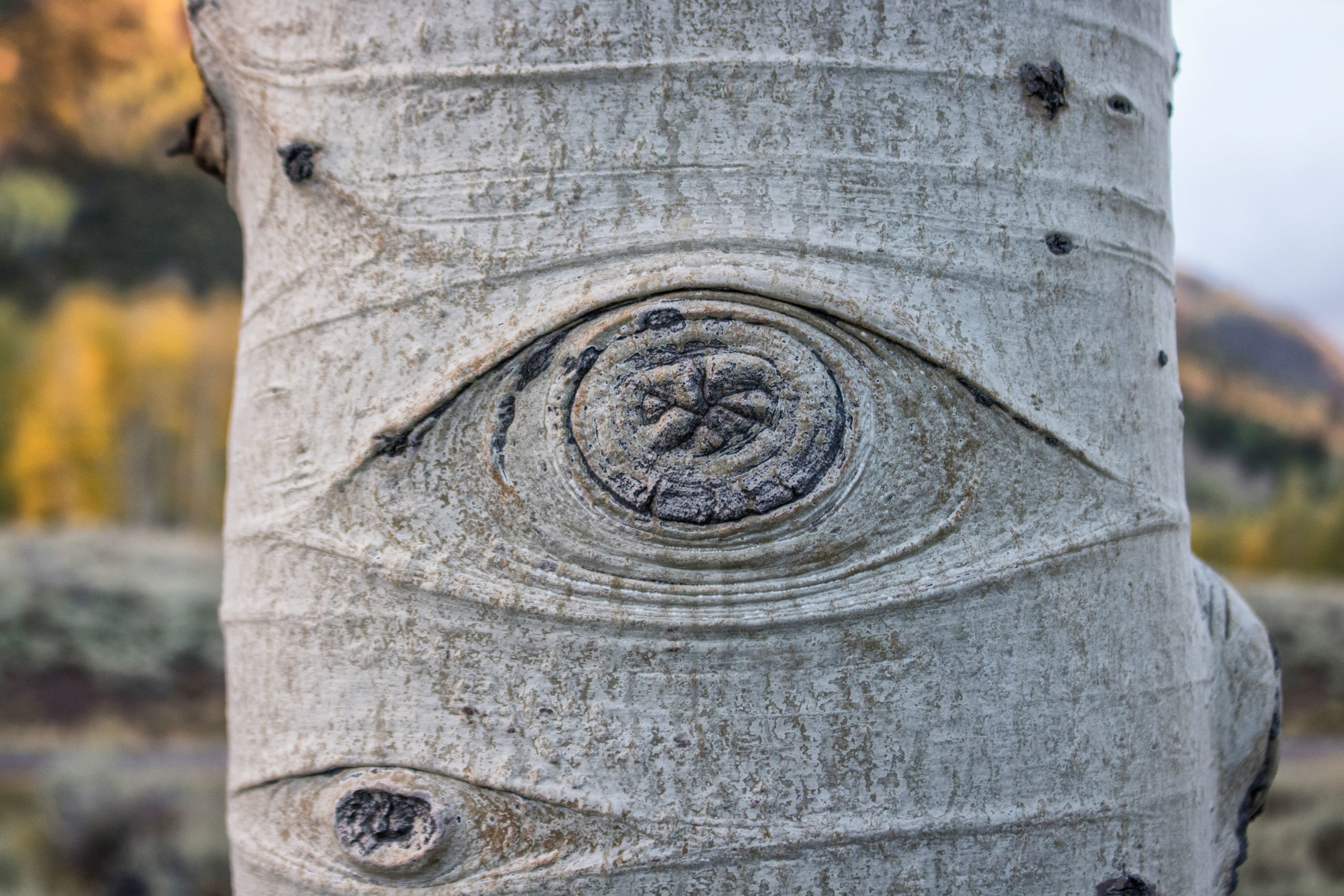 The first part of Paul C. Rogers’ Pando series is about the origin of Pando and the investigation of its sexual reproduction by scientists.

The first part of Paul C. Rogers’ Pando series is about the origin of pando and the investigation of its sexual reproduction by scientists.

Pando is a single tree, albeit a tree that is a forest of growing international reputation. Five or six species of aspen (upland Populus) reach around the entire northern hemisphere between about 30°-65° north latitude. They harbor vast amounts of biodiversity. As goes aspen, so goes dependent plants and animals; a cascading effect that may be exacerbated by a warming climate. Can the lessons learned – and answers derived – at Pando shine a light on global-scale aspen conservation?

I know this guy. Let’s say, he’s a bit unusual. You see, Pando lives solely in the wild, is completely immobile, and never utters a word. Given this reclusive existence, one would think he is miserable, but that conclusion couldn’t be farther from the truth. He not only thrives in nature, but he spends most of his time helping other plants and animals survive.

This guy is quite friendly, too, as he is forever waving to all who will notice. This curious habit, often referred to as trembling or quaking, is common among his peers. Pando’s also immensely stout; in fact, weighing nearly 6,000 metric tons, Pando is thought to be the largest living organism on earth! This interconnected grove of aspen trees may be among the oldest living beings, as well. While extreme heft and age are often a recipe for pending death, it’s not these symptoms that are killing Pando…he’s actually being eaten alive! Let me explain.

Pando: A forest of one tree

Pando challenges our way of thinking about the individual and the community. Human societies and forests presume complexity and plurality; myriad entities interacting, sometimes for their very survival. People, like Pando, tout their uniqueness, their independence. They are simultaneously reliant on community connections.

Even in the American West, where the myth of the isolated pioneer or lone gunslinger has fueled many cinematic legends, far-flung settlements were exceedingly dependent on communal support to survive harsh conditions. Likewise, the ecological “strategy” of large aspen clones is to support one another. No stem is truly separate from the larger clone. In the words of my friend Rich Binell, Pando is “a forest of one tree.”

In southern Utah, USA, the world’s largest known organism comprises some 43 hectares of genetically identical stems—what most of us would call “trees”—that are linked by a subterranean root system. The name Pando derives from the Latin meaning, “I spread,” attesting to the predominant means of aspen regeneration where new stems sprout asexually from established roots rather than from seeds like most trees.

Aspen may also originate from sexual reproduction (seeds) and, in fact, all multi-stem clones at one point did germinate from a seed. Over centuries, likely even millennia, this iconic “clone” spread from a single stem to its current extent with an estimated 47,000 joined trees. (While current science is unable to determine Pando’s age, logic suggests that it is unlikely to be older than the most recent glacial epoch or about 13,000 years before the present.)

Since aspen are dioecious, they bear male or female reproductive parts on separate plants. Thus, each genetically uniform aspen clone must be either male or female, and Pando is a very big gent indeed. 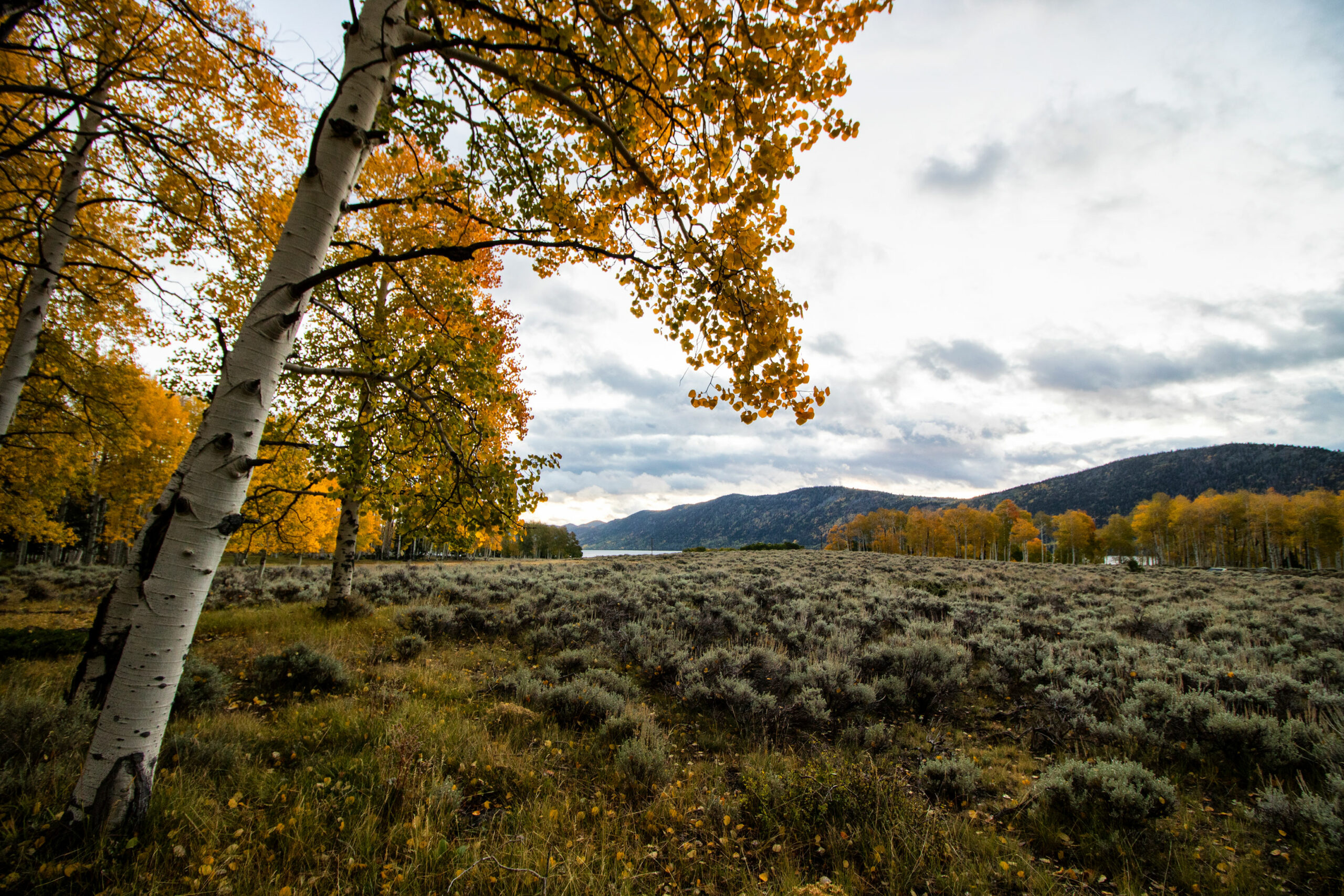 One Pando, many scientists

We came to know Utah’s forest giant through a series of scientific steps. Botanists have known that aspen in both Europe and North America can reproduce via asexual “suckering” for centuries, but it was Burton Barnes from the University of Michigan who began a concerted study of aspen clonality based on physical characteristics.

Dr. Barnes “discovered” Pando in the late 1960s by closely examining leaf shape and color differences between this giant clone and adjacent aspen stands. During the 1980s University of Colorado scientists Michael Grant and Jeffry Mitton further explored the grove’s size and condition, and actually provided the name Pando.

At this same time, US Forest Service personnel initiated some small clear cuts and soon realized that stems were not growing back unless they were fenced off from browsing ungulates such as deer, elk, or cattle.

As the new millennium began it became evident that not only were young suckers not reaching maturity, but also the oldest trees were beginning to die en masse.

A group of forest geneticists, headed by Utah State University professor Karen Mock, decided to test Barnes’ original demarcation of the clone with modern micro-satellite techniques. Their findings: the 43 hectare Pando was nearly the exact size that Barnes outlined, but they also discovered that there were many surrounding aspen clones, some comprised of as few as two stems. 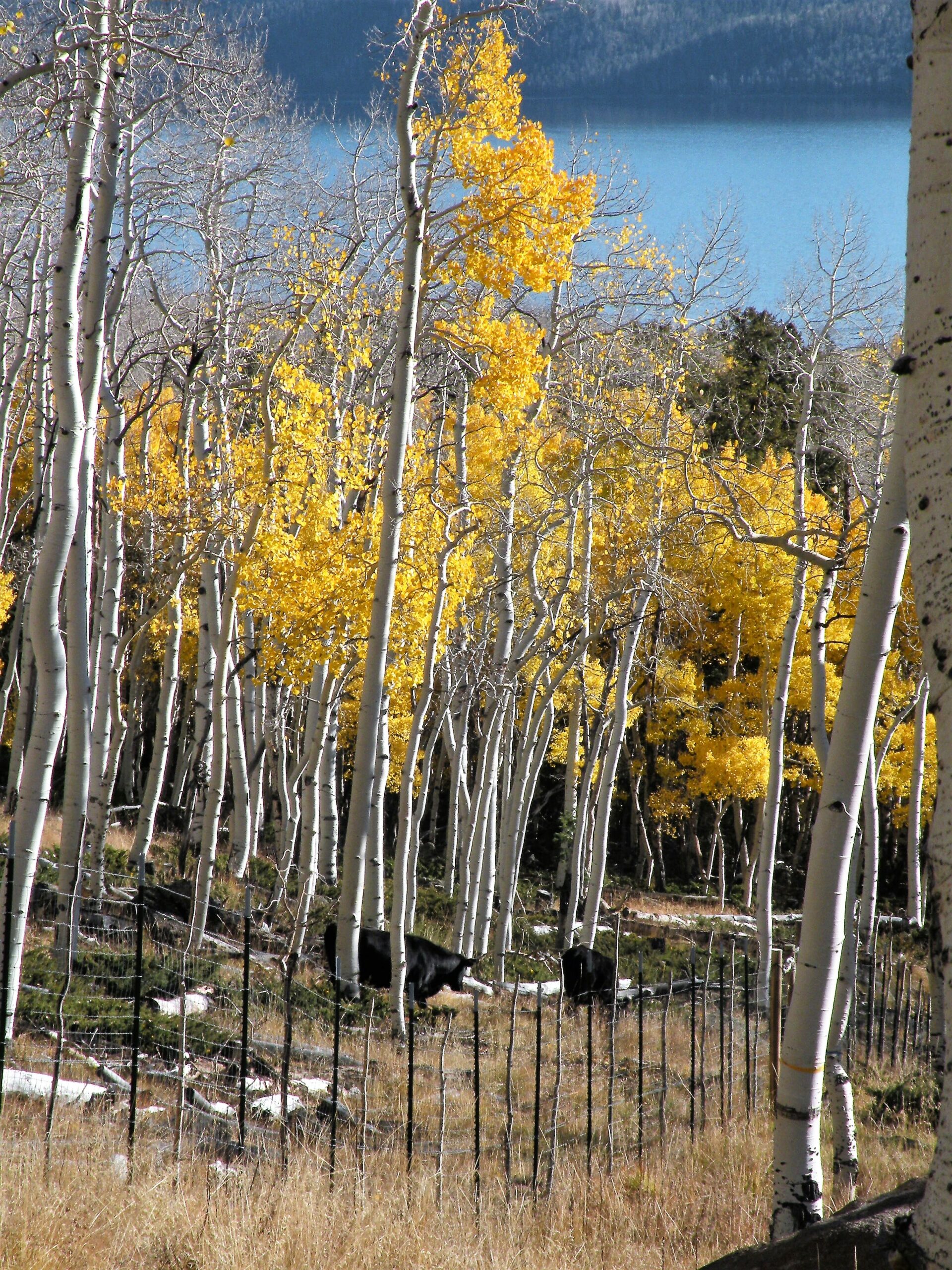 Many questions regarding the origin

While these results were notable, many questions remain as to the origin, age, and ecological development of this clone. For instance, did Pando start as equal size to its neighbors and simply outcompete them via superior traits? Or, perhaps it was the “original” forest in this area and others colonized its edges at varying intervals contingent on specific environmental conditions, such as climate changes, wildfires, animal influences, or even aboriginal actions?

Click here for the second part of the Pando series. 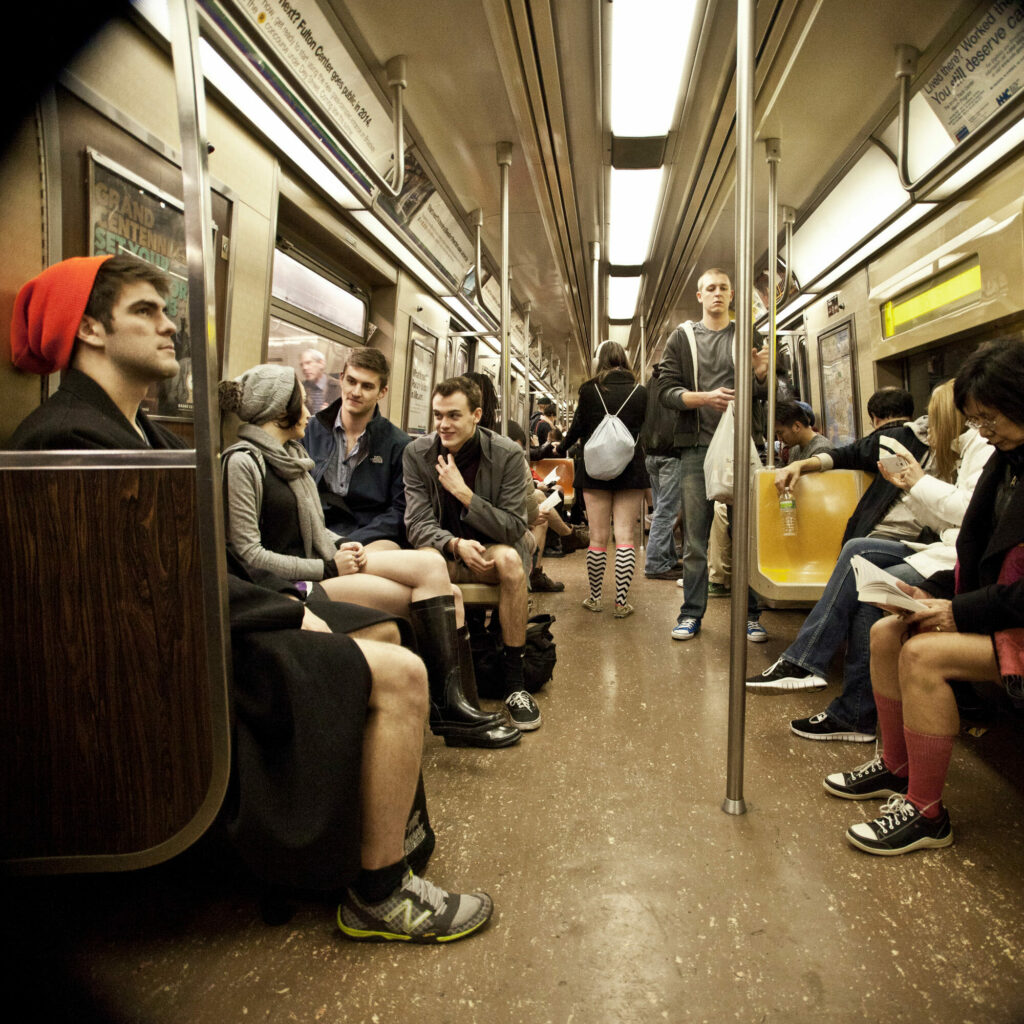 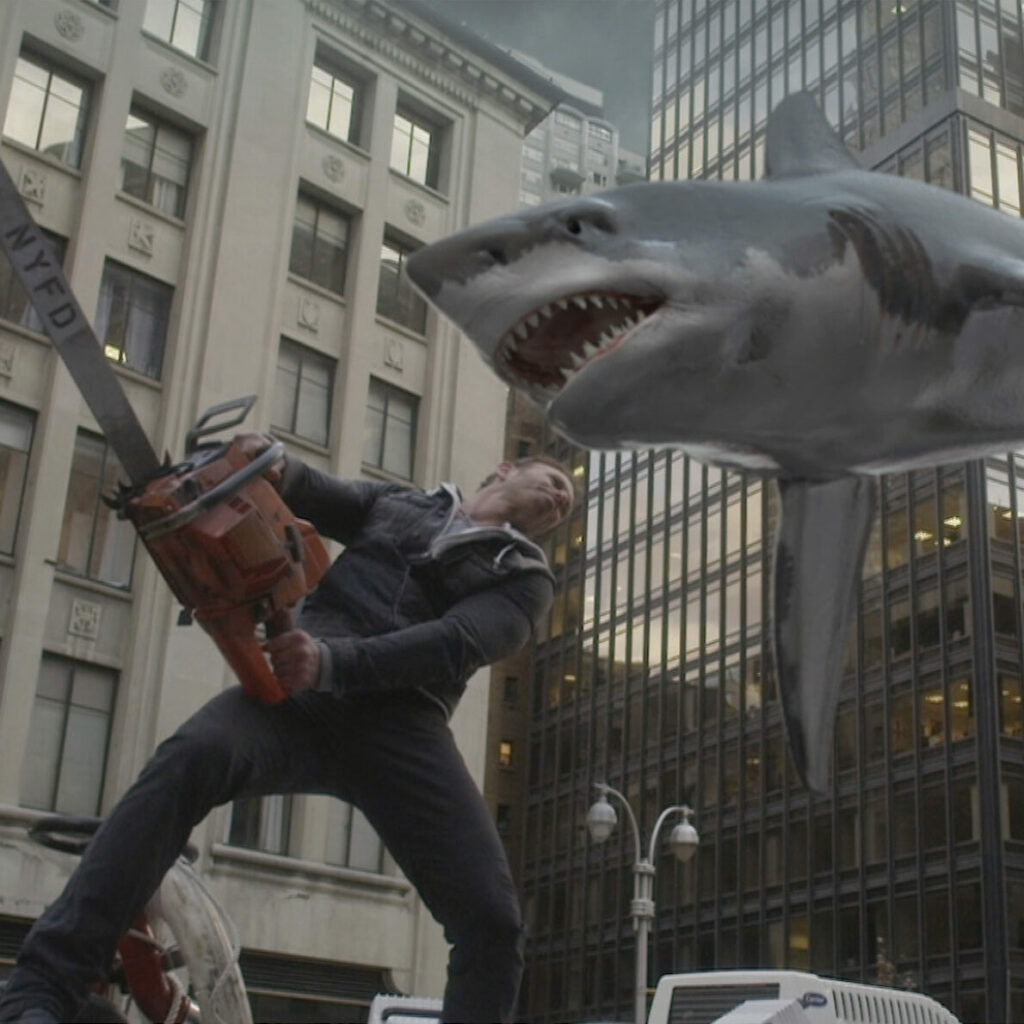 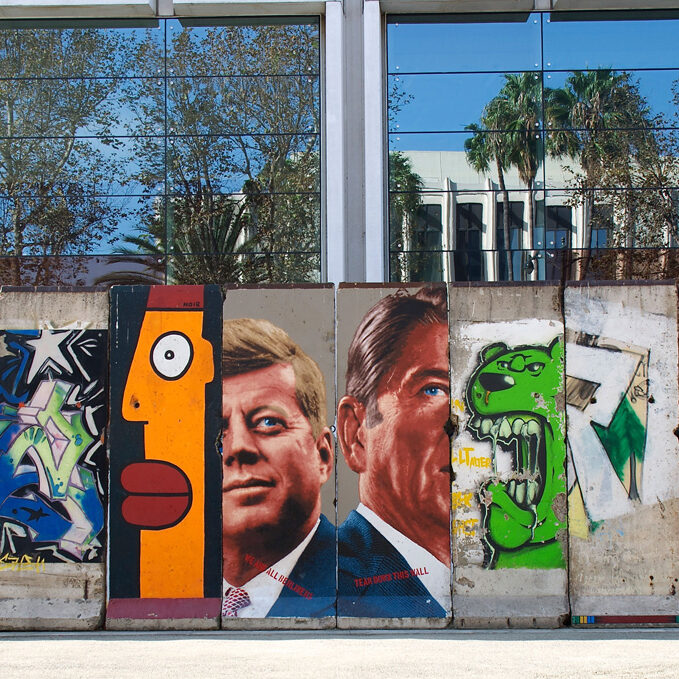 The works of art by André Lemmens show the added value of slowing down: images that seem to be frozen, with moments from urban life.