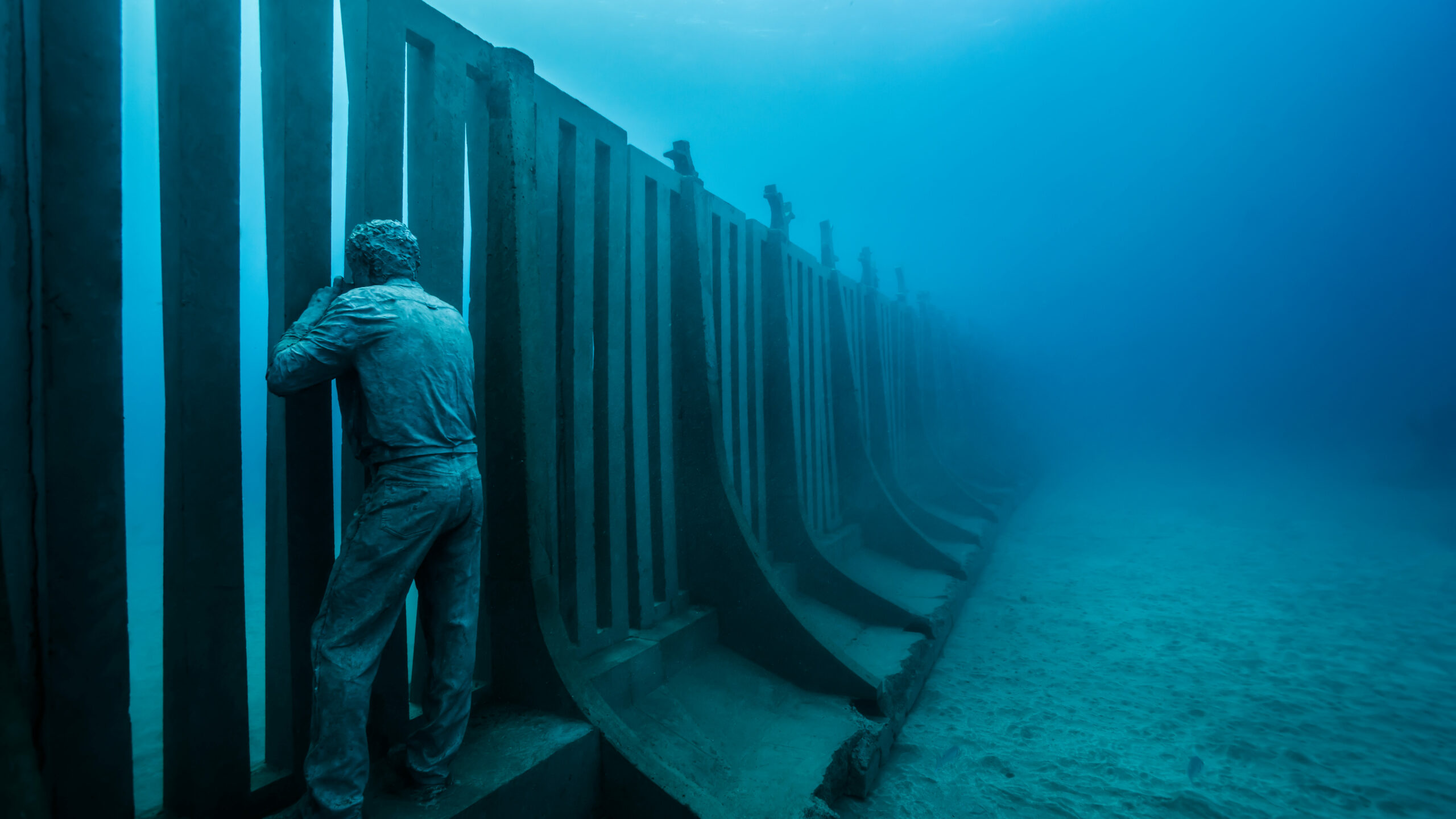 Underwater art: 300 artworks of the sculptor Jason deCaires Taylor are situated on the bottom of the Atlantic Ocean at Museo Atlántico in Lanzarote.

Sculptures as far as the eye can see. But you cannot marvel at them in a museum but on the floor of the Atlantic Ocean. So better you wear your diving goggles to take a closer look. Museo Atlántico, the amazing underwater art is situated 14 metres deep down pristine waters near the south coast of Lanzarote. The British sculptor Jason deCaires Taylor has realised a mysterious world on the bottom of the sea that combines art, sustainability and therewith the protection of the environment.

Sculptures for a sound nature

The creation of the monumental project with nearly 300 life-size sculptures has taken two years to complete. It aims to create a strong visual dialogue between art and nature. It has been designed from a conservationist approach aiming to create a large scale of artificial reef. The first parts, installed beginning 2016, have already experienced a significant increase in the levels of generation and abundance of species, and are already being frequented by angel sharks, shoals of barracuda and sardines, octopus, marine sponges and the occasional butterfly stingray.

The museum is built with neutral pH materials that respect the environment. All pieces have been designed to adapt to the endemic marine life. The installations include a 100-ton heavy and 30-metre long wall, the sculpture of a botanic garden that makes reference to the local flora and fauna and a set of 200 life-sized human figures.

The wall, which is partly industrial, partly organic stretches 30 metres long and four metres high. It contains a single rectangular doorway at its centre. The wall is intended to be a monument to absurdity, a dysfunctional barrier in the middle of a vast fluid, three-dimensional space, which can be bypassed in any direction. It emphasises that the notions of ownership and territories are irrelevant to the natural world. In times of increasing patriotism and protectionism the wall aims to remind us that we cannot segregate our oceans, air, climate or wildlife as we do our land and possessions. 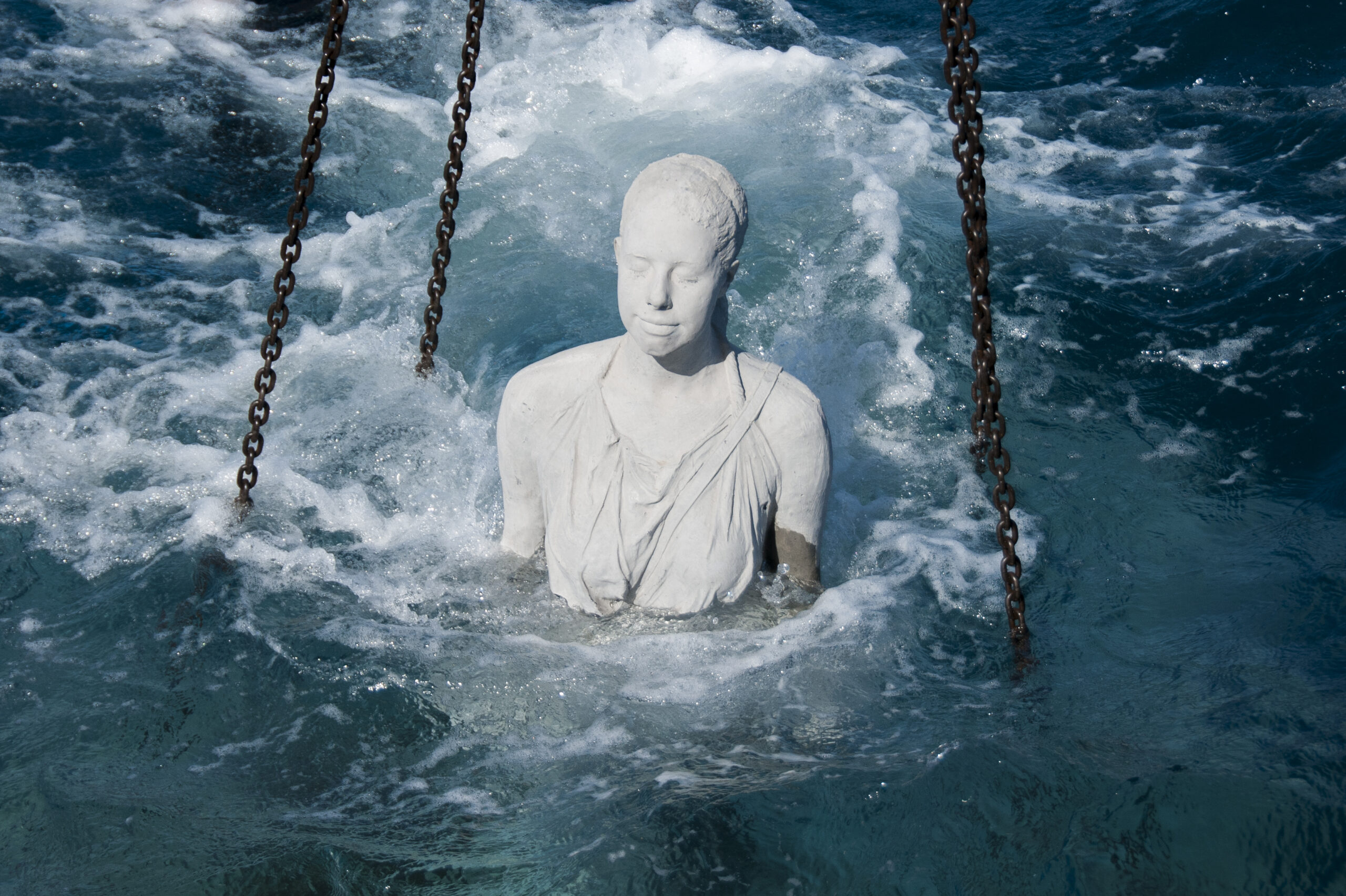 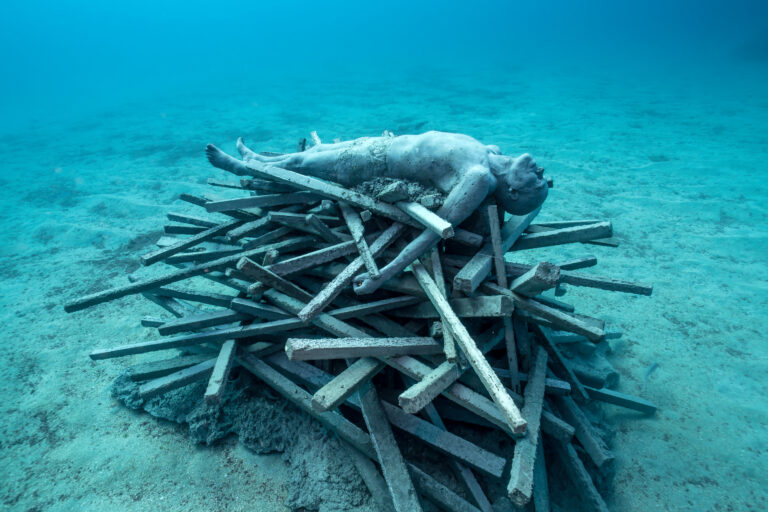 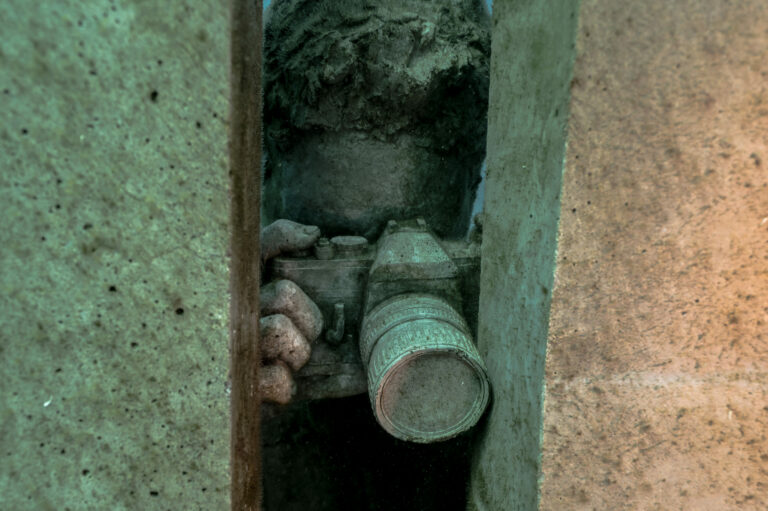 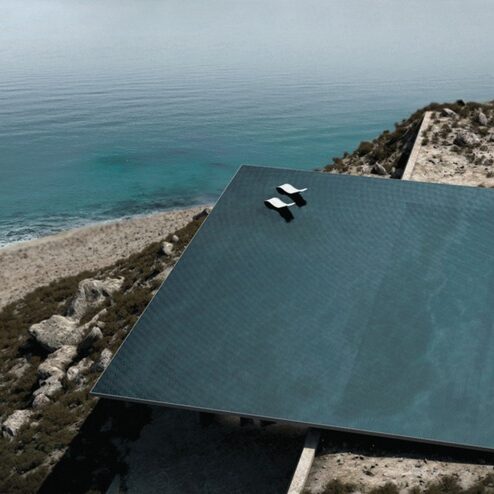 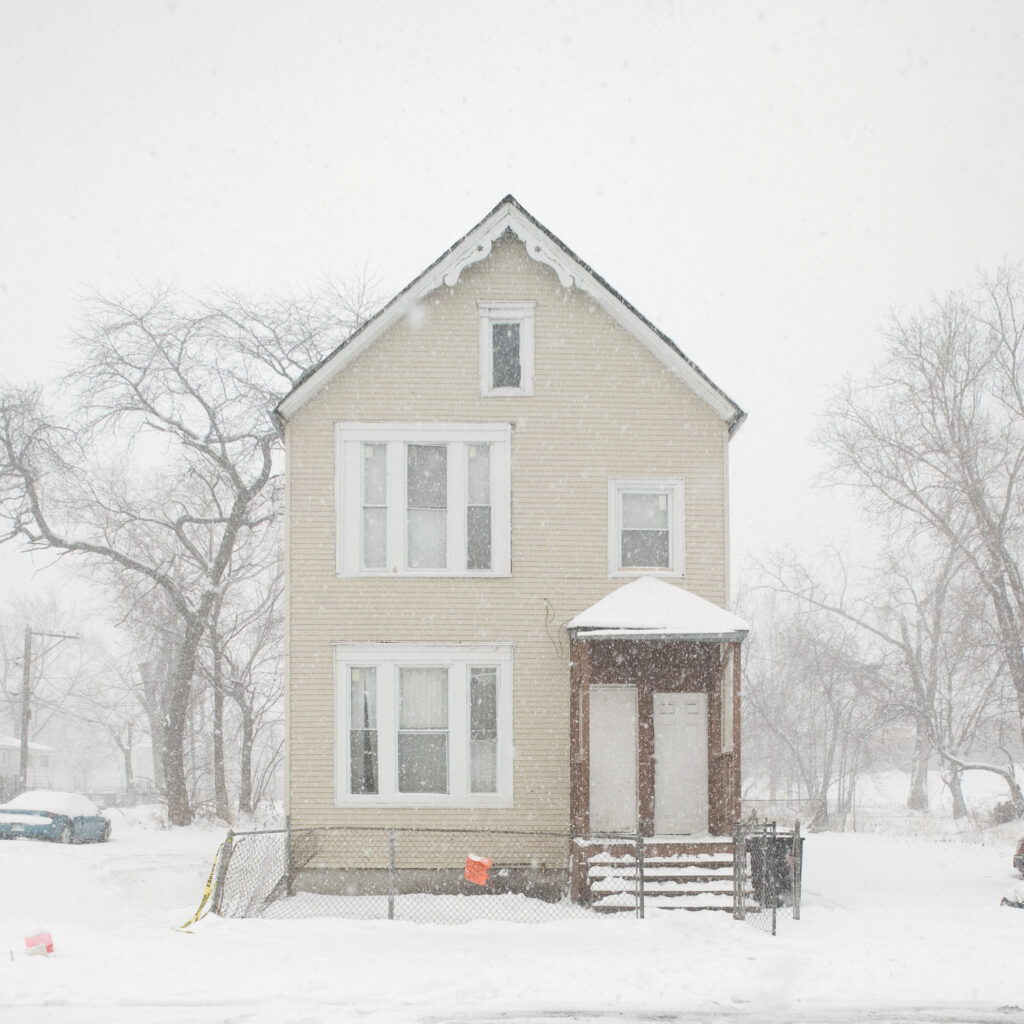 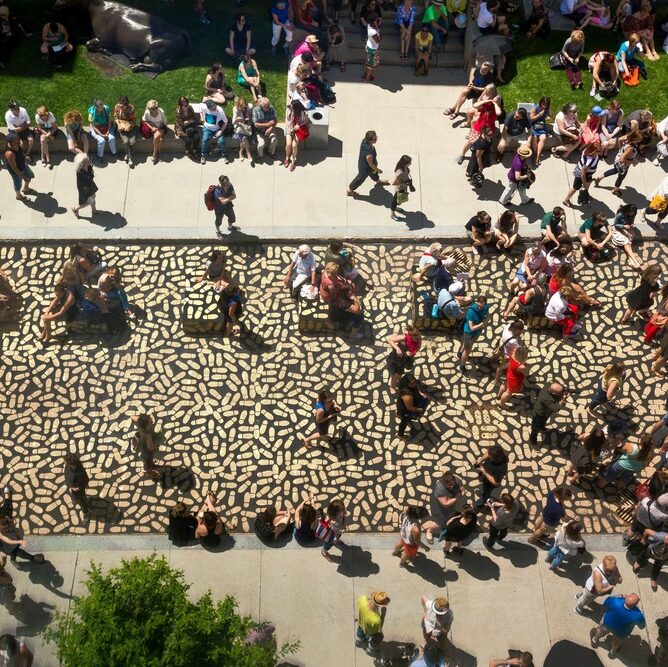 The Mexican architecture office Estudio 3.14, developed an ironic proposal for the considered fortification at the American-Mexican border.