Urban Cycling: What does a bikeable city look like? 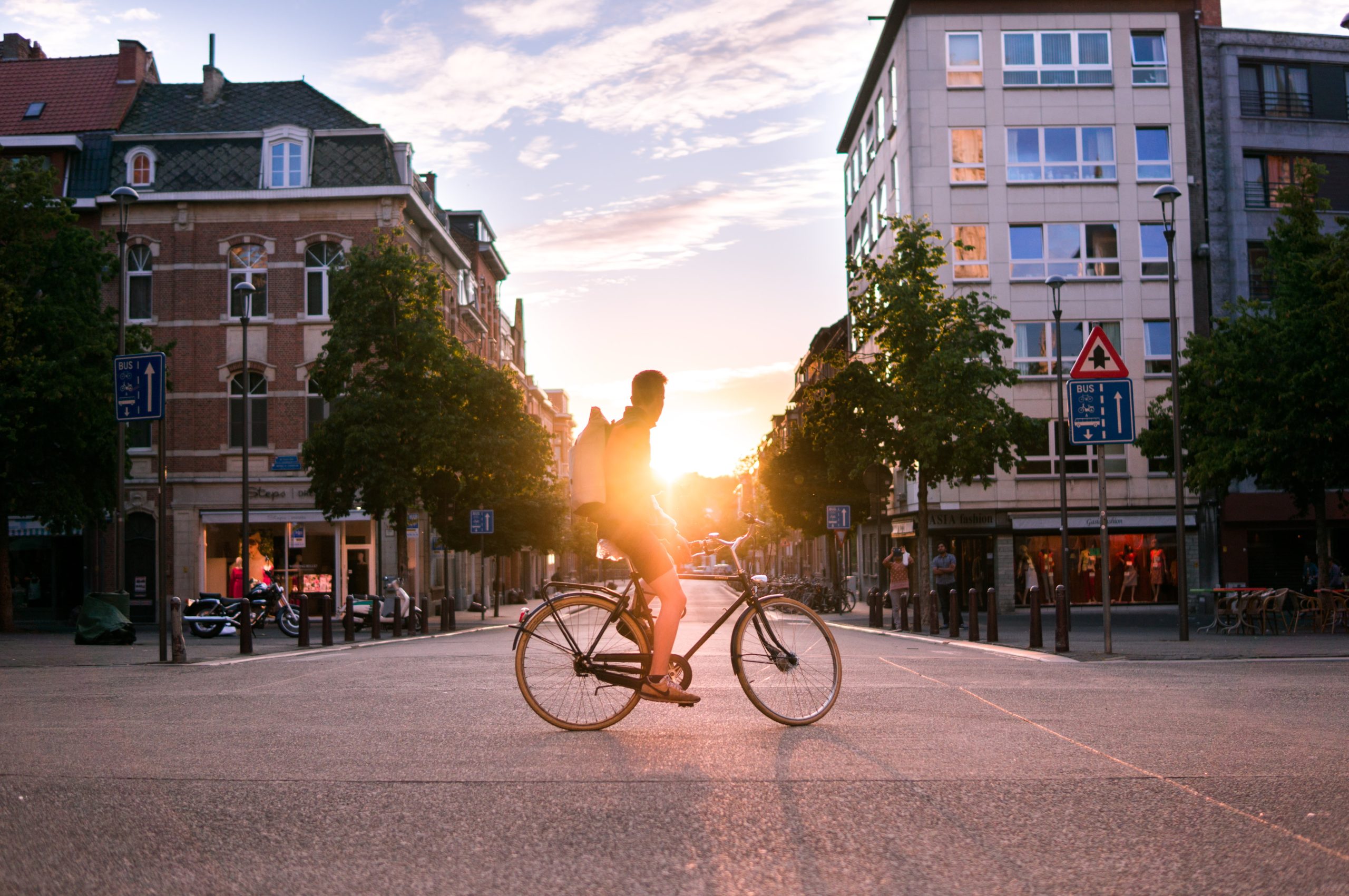 Urban cycling is not only a healthy way of getting around the city, but also a very sustainable one. Read more about the benefits and risks of urban cycling here. Learn how to incentivise cycling in the city and see an overview of the world’s most bikeable cities!

The benefits of urban cycling

Urban cycling offers a plethora of benefits that are hard to deny. According to the Urban Cycling Institute, cycling is one of the most complete exercises and brings health benefits. In a world where many people face weight-related complications, an accessible and cheap sport like cycling is very important. The movement helps to counteract our sedentary lifestyle. Even 20 minutes of cycling per day can increase the blood flow in the body and improve lung capacity.

Secondly, cycling is an affordable and safe mode of transportation. Citizens looking to cut down on unnecessary costs can save a lot of money by running errands on their bikes. This also helps to avoid car traffic and move around at the same speed as cars, if not quicker. Biking is also safer than getting the bus or taking the train, especially in times of a pandemic.

Thirdly, cycling is good for the environment. With contamination levels very high in many cities, it is key to avoid combustion engines. Travelling by bike helps reduce carbon emissions and is at the same time more affordable and healthier than getting around by car.

Another benefit of cycling is the speed of travel. When driving a car, it is easy to miss beautiful views or interesting spots in the city, whereas cycling allows for more exploration. Citizens who cycle tend to be much more aware of their surroundings and know their city better than those travelling by car. In addition, cycling makes new places accessible, such as bike routes or narrow lanes. 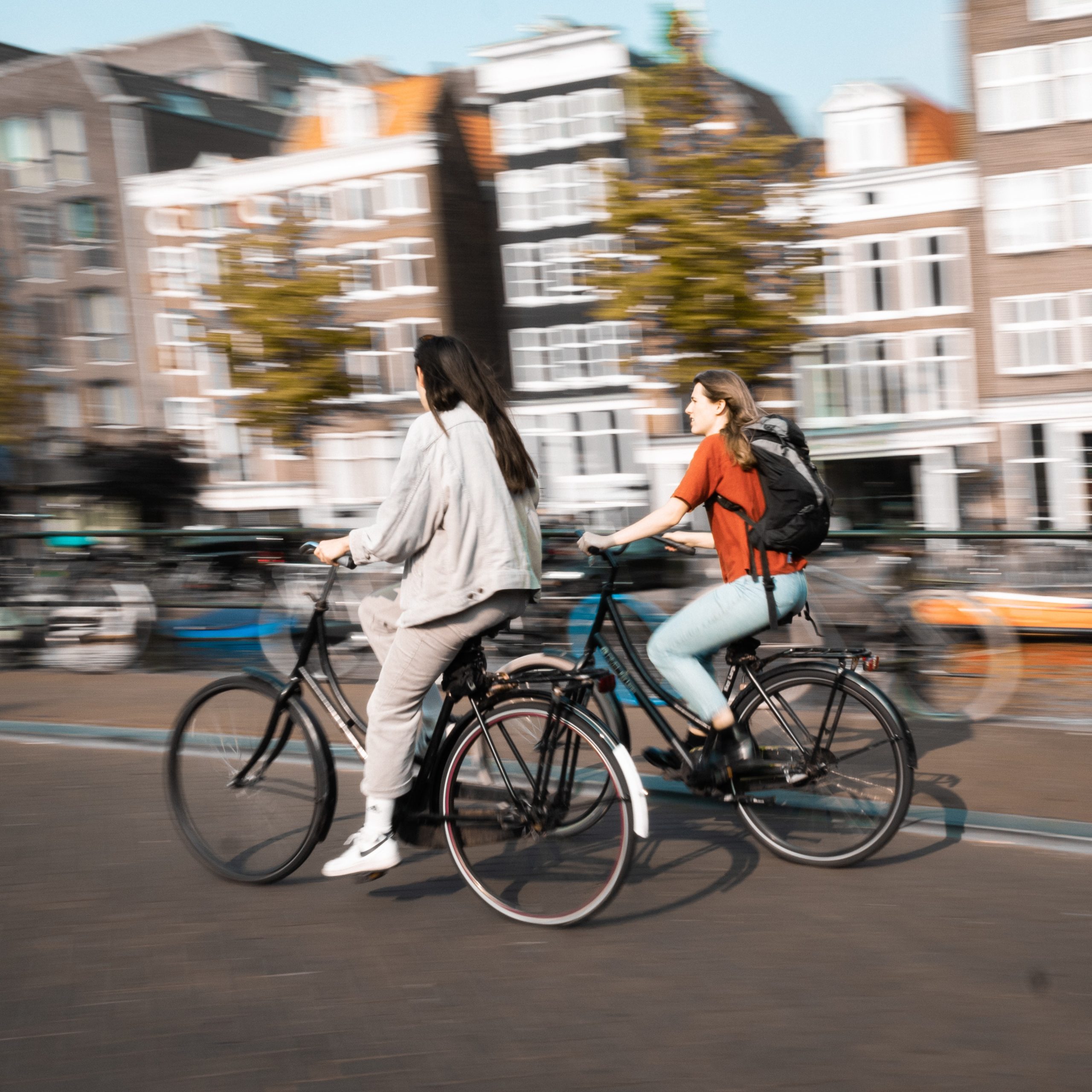 The risks of urban cycling

At the same time, there are some risks attached to cycling in the city. The biggest downside is probably the risk of accidents. This is due to many streets not being safe for cyclists. While the sport itself is very safe, sharing a road with cars and other vehicles can lead to crashes or accidents. Many cities have a lack of cycling awareness, which means that drivers and pedestrians are often not aware of cycling laws and regulations, which can lead to confusion.

A lack of cycling infrastructure, such as dedicated bike lanes, traffic lights, signage, and parking spaces for bikes, can also stop people from choosing the bike as a mode of transport. Another element is the availability of route suggestions in online maps or travel apps, although there are more and more data available. Dutch and Danish cities are among the leaders here, showing what a bike-friendly city can look like.

Of course, a cycle also doesn’t offer a lot of room for luggage or shopping bags. While backpacks and bike panniers help to carry goods around, it is impossible to do a large weekly shop by bike alone. And lastly, weather conditions can deter urban cyclists. Bike commutes in the rain or the snow are not particularly pleasant, meaning that it is much likelier to incentivise cycling during the summer months or in cities with more clement climate.

The COVID-19 pandemic has motivated many people throughout the world to start cycling in the city. For example, new pop-up bike lanes in Milan, Mexico City, and countless other cities have provided a safe space to try out this mode of transport. The drastically reduced risk of contagion was a key driver, but people have stuck with cycling after recognising its many benefits.

Cities are thinking about how to incentivise cycling. Ideas include awareness campaigns, financial support for buying a bike, and providing better infrastructure. Bike sharing stations are already available in many cities, though mostly in city centre. They provide a low-threshold option for trying out urban cycling.

Car-free Sundays have taken hold in cities all over the world after starting out in Bogotá, Colombia. Here, one or several main streets of a city are closed to vehicle traffic on Sunday afternoons. Instead, the street belongs to pedestrians, cyclists, and all other kinds of non-motorised transport, such skateboards, or buggies.

Bogotá has also shown that cycling infrastructure can overcome class differences and improve the sense of community. Almost anyone can learn how to cycle and cost-wise, the transport is very cheap. This makes cycling a democratic form of transport, while also being very sustainable. 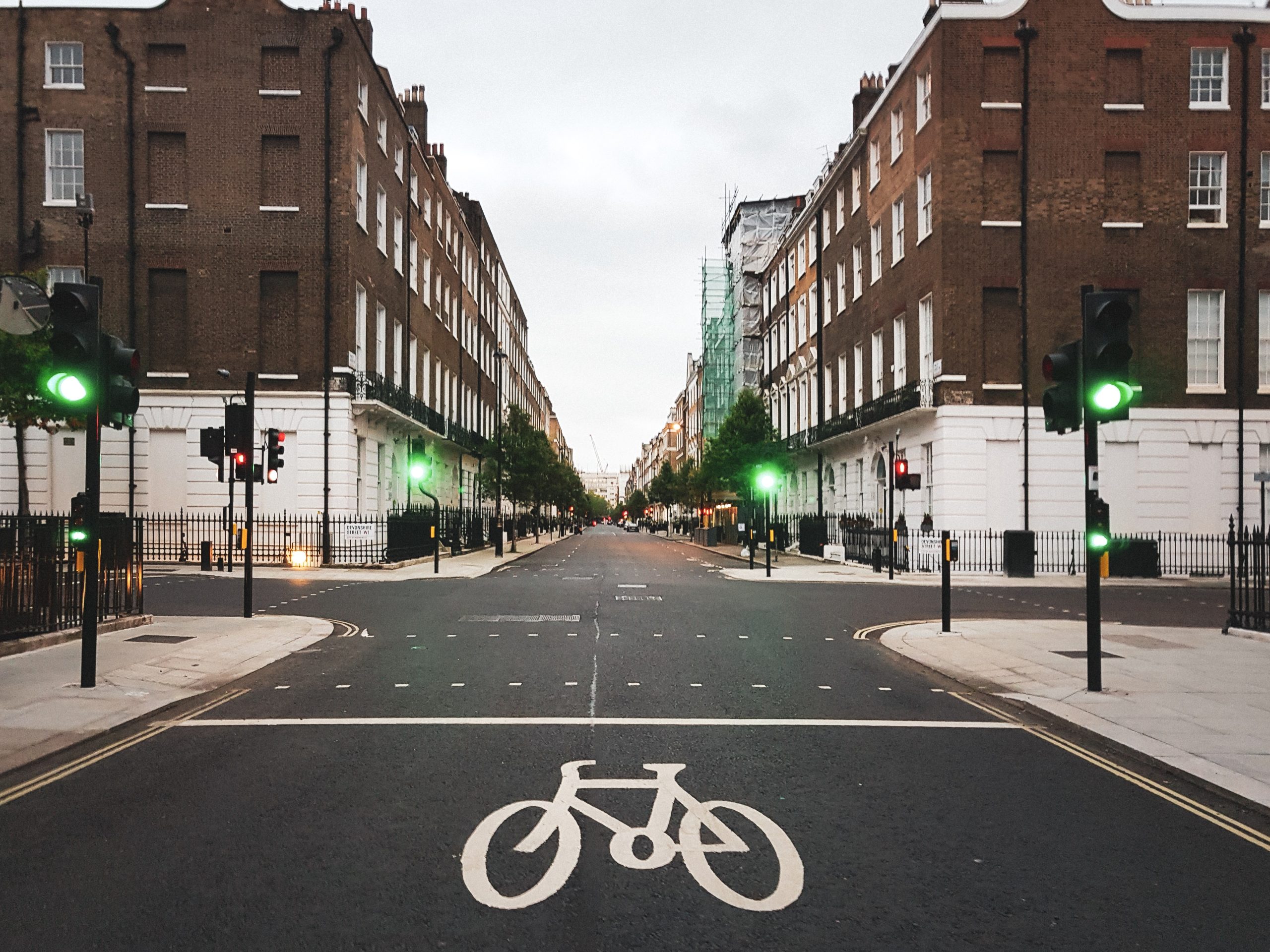 Infrastructure such as bike lanes and bike parking is key for incentivising urban cycling. Source: Unsplash

The impacts of a cycling culture on the city

Cycling has been proven to increase the health of citizens, reducing the chance of heart disease by as much as 52% and some cancers by up to 40%. Similarly, it reduces the risk of type two diabetes and stroke, supports mental health, and increases happiness levels. More than 70% of Dutch children cycle to school and it is no coincidence that they are among the happiest and healthiest children in the world.

Urban cycling also impacts mobility in the city. They enable citizens to get to education, employment, and essential services locations, which can be hard to access with other means of transport. At the same time, cycling is CO2-free and therefore very good for the environment. Any city looking to increase its CO2 emissions in the transport sector can find solutions in cycling. The green mode of transportation will also help to drastically decrease air pollution.

Cyclists also tend to know their neighbourhood better, participate in circular economy repair workshops and seminars, and spend more money in local shops. By incentivising citizens to take the bike rather than the car, cities can enable the transport transformation towards a greener, healthier, and fairer mobility.

The world’s most bikeable cities

According to CNBC, these are the most bikeable cities in the world: 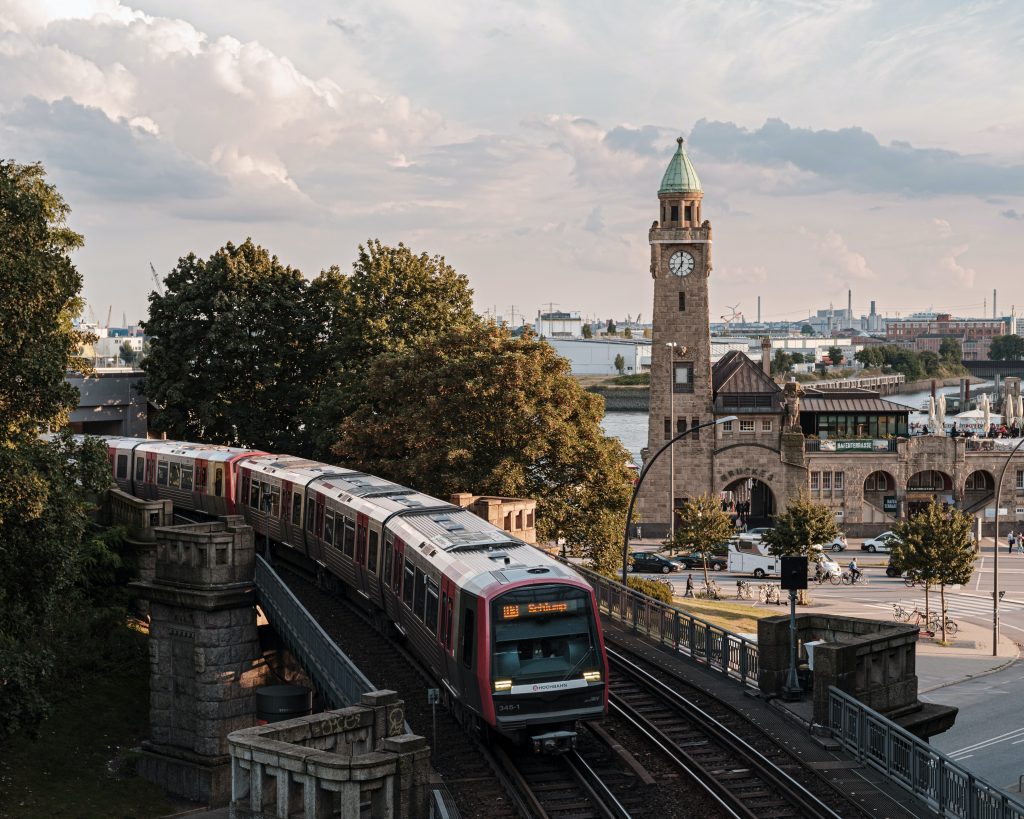 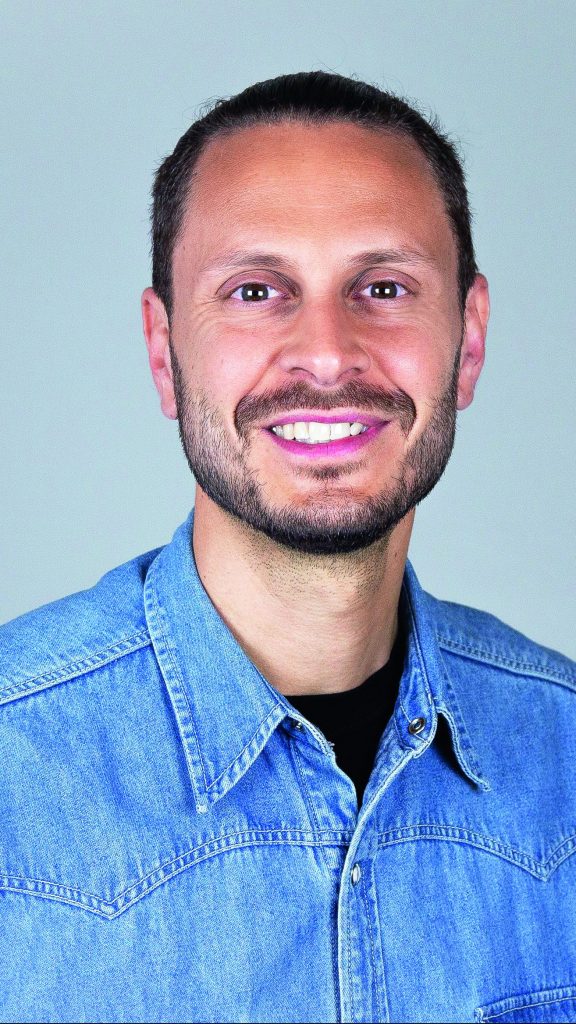 Mumbai is the world’s sixth largest metropolitan area with a population of about 23 million people. Read more about the fascinating Indian city, its past and its current projects, as well as future urban planning challenges.