Time to cross the Border 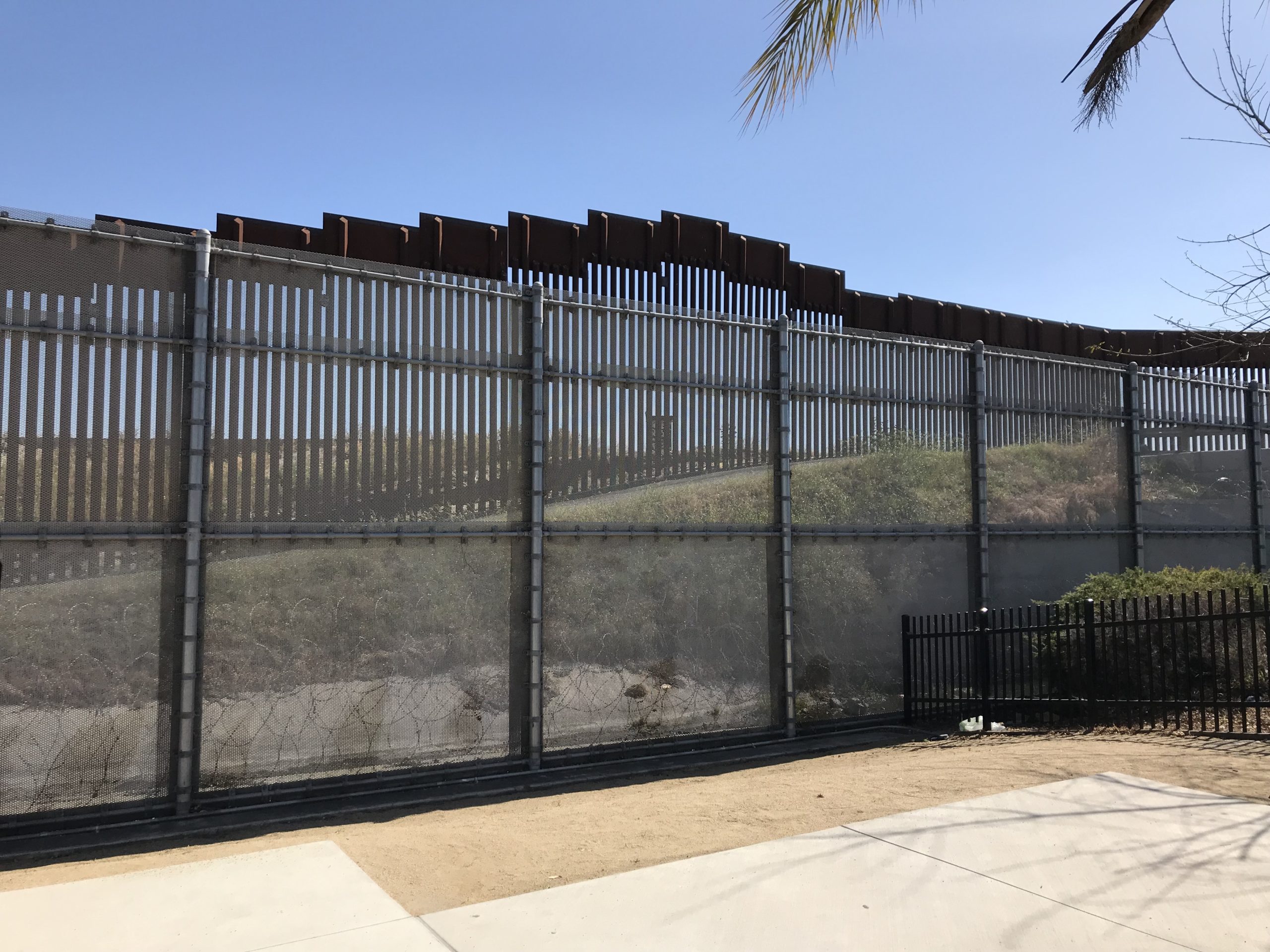 This year the ABS Conference was held in April in San Diego, California, and offered several perspectives on what border scholars are focusing on today.

This year the Association for Borderlands Studies Annual Conference was held in April in San Diego, California, as part of the Western Social Science Association Annual Conference. With topics ranging from water management to globalization, gender, securitization, education, human rights, governance, and infrastructure, and research focusing on borders areas all over the world, the conference offered several perspectives on what border scholars are focusing on today.

With the conference taking place in San Diego and moving to Tijuana for the final day, it was not surprising that the border between the U.S. and Mexico received special attention during the event. The first excursion, organized jointly by the Association for Borderlands Studies and the Center for U.S.-Mexican Studies of the University of California, San Diego, provided the participants with first-hand experience of the context interested by most of the following days’ discussions. Former California State Senator Denise Moreno Ducheny guided the conference participants in an intense day of exploration and professional reports from those who experience the border daily.

Starting point was the Cross Border Xpress (CBX), an airport terminal in the U.S. with a secure bridge over the border to the Tijuana International Airport. Designed by Mexican architect Ricardo Legorreta, the terminal building features elements of Mexican architecture. The bridge, which is the only pedestrian crossing subject to a fee, can be accessed only by people with a flight ticket, but it has promoted cross-border cooperation between the two countries and continues to facilitate traveling for people who need to reach various destinations in Mexico from the United States.
Although preposterous marks of securitization continue to permeate the border experience, like the fence of barbed wire marking where the line of the border passes over the roof of the bridge, CBX is an economic success. Future developments will include two hotels, a restaurant, a convention center, and additional parking.

How to change the narrative of the border space?

The interesting case of this private border-crossing infrastructure was discussed during a panel on various dimensions of cross-border synergies. Talking about the concept of binational transfrontier metropolis, Lawrence Herzog highlighted the potential role of placemaking in the urban design of the cross-border landscape to activate the border space and change the narrative of alien, militarized space we witness today. Yet, while the CBX is certainly normalizing and reframing the space of the border, it belongs to the group of profit-driven practices trying to represent the border in a brighter light, a phenomenon well described in the same panel by Christophe Sohn. The question remains: How can we change the narrative of the border space through placemaking without letting profit-driven, business-like activities monopolize such a culturally rich venue of exchange?

After CBX, the next point of the guided tour was the Otay Mesa Port of Entry, where long lines of trucks were waiting to cross the border. The waiting times have recently grown exponentially in several ports of entry because hundreds of Customs and Border Protection officers were reassigned to Border Patrol in order to help dealing with the migrants crisis. Some say the actual reason behind this measure is to create a feeling of emergency at the border, and to generate dissent around the arrival of migrants from Central America. These motives are always very hard to prove, although it is undeniable that people’s perception of migratory phenomena has an extremely important role in the way they are dealt with by political authorities.

Space to talk about fears and expectations

During a keynote about the Migrant Caravan from Central America, Olivia T. Ruiz Marrujo described the response of local residents to the caravan’s arrival. In particular, she made a very poignant comparison between the arrival to Tijuana, where the population was not informed and the authorities were unprepared to deal with the situation, and the arrival to Piedra Negras, where the residents were informed and the authorities well organized. In the first case a narrative of danger spread, with language reminiscent of Trump’s, with meetings held on how to protect local families from the caravan. Even the authorities associated migrants with criminals. In the second case, the response was very well coordinated and enough spaces were made available to welcome the migrants. The response of locals was in turn much more positive. She concluded her keynote by saying that, if something was to be learned from the experience in Tijuana, is that it is really important to pay attention to people’s perception: in particular, authorities should make sure that local residents do not see migrants as opponents in a zero-sum game of resource acquisition. They should provide information, share what they know about the situation, and give people space to talk about their fears and expectations. Finally, they should pay attention to social media, keeping an eye on what people are sharing and how they are reacting. 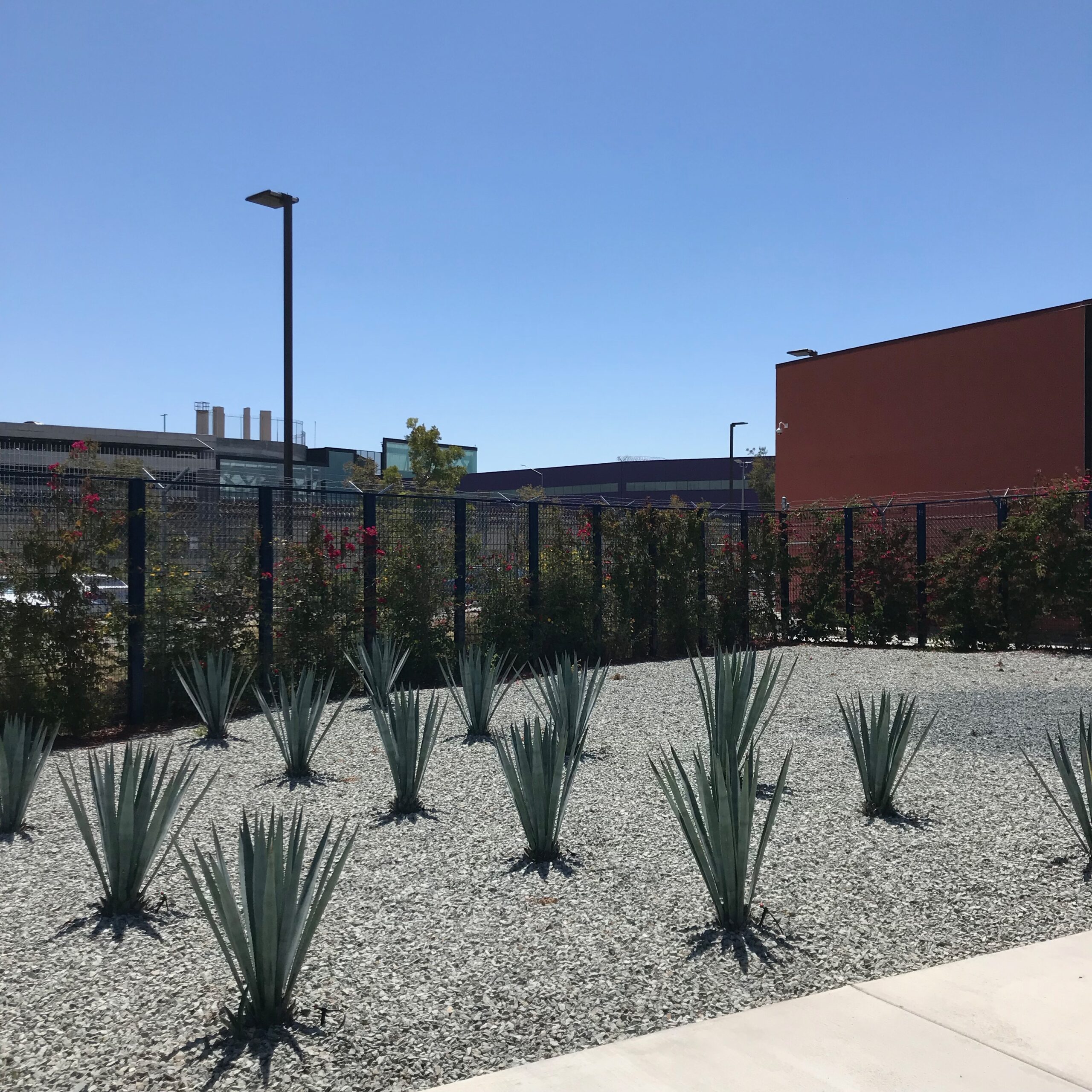 The bridge of the Cross Border Xpress, crossing the border between the US and Mexico, as seen from the US side of the facility. Photo: Chiara Dorbolò

Role of water as a commodity

Finally, the excursion took the participants to the Tijuana River Watershed, where they had the opportunity to learn more about the importance of the transborder water management system in maintaining the biodiversity of the estuary. This area was also the object of several panels during the conference, touching on topics of great relevance today, not only from the perspective of border studies but also sustainability and globalization, providing historical perspectives on water management and the role of water as a commodity. The presentations highlighted how, the scarcer water becomes, the more violent are the conflicts people start in order to access it.

What the field of border studies is missing

Unfortunately, although the panels were cleverly combining different perspectives, their highly theoretical approaches often rendered exchanges difficult. Whenever a less academic approach was presented, the conversation immediately became more lively and fruitful, highlighting precisely what the field of border studies is missing today. The very notion of border requires a more integrated approach: non-academic professionals should be part of the discussion, both as speakers and audiences.

It is time to cross the border of academia

Although the ABS conference is definitely making an effort to become more inclusive in its selection of participants by welcoming researches not affiliated to universities, academic conferences remain largely unaccessible. This is due mainly to economic barriers: fees, flight tickets, and hotels in usually expensive locations discourage those who are not granted a research budget. Yet, financial issues might not be the only reason. If one is not a scholar in a conventional sense, one is unlikely to even hear about this kind of events.
If academic fields such as border studies wish to make an impact on the real world, it is time to cross the border of academia and organize events that foster collaboration and exchange between scholars, politicians, designers, educators, technicians, and other professionals. 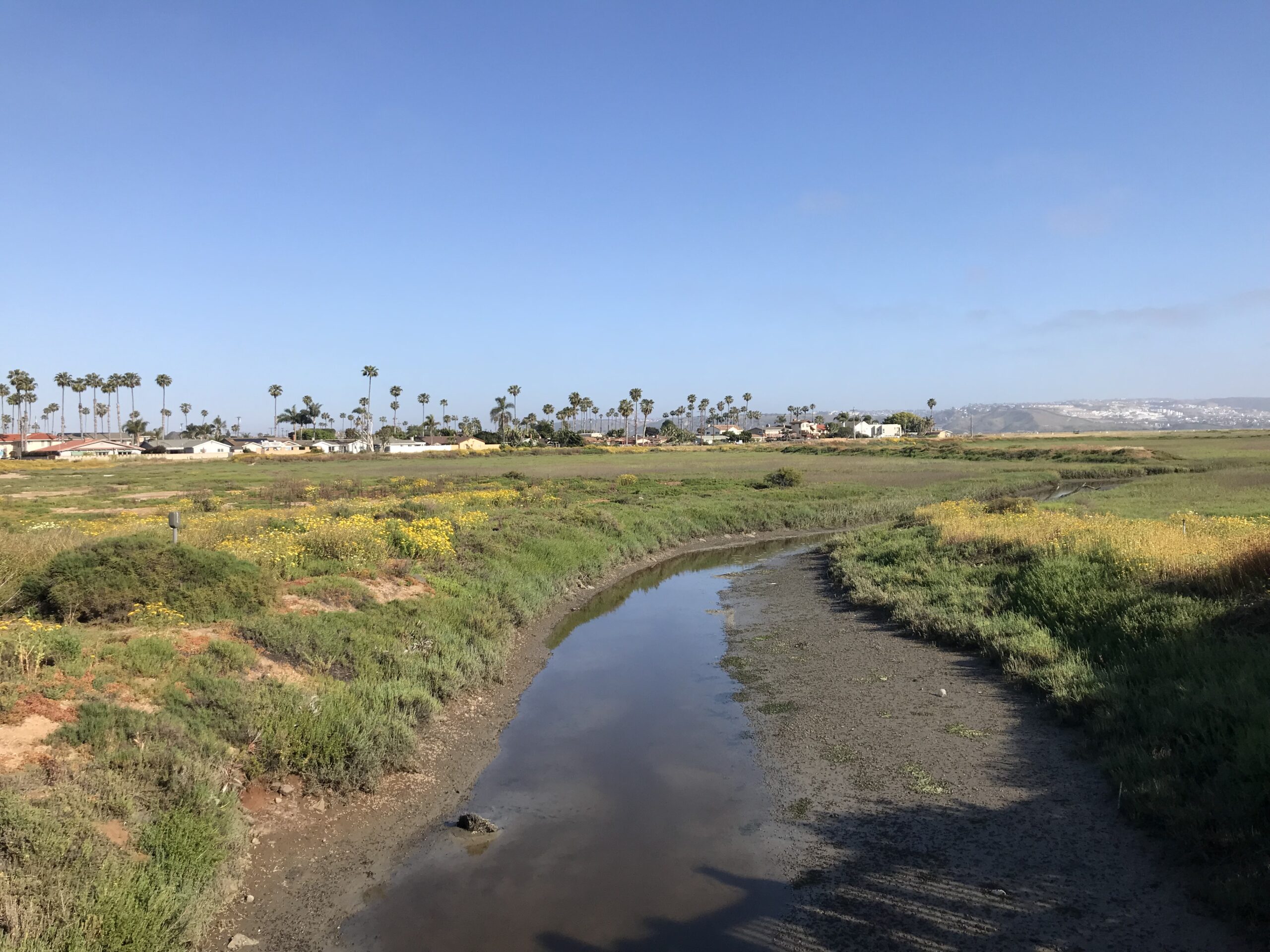 Jan Gehl: The Guru in Urbanism 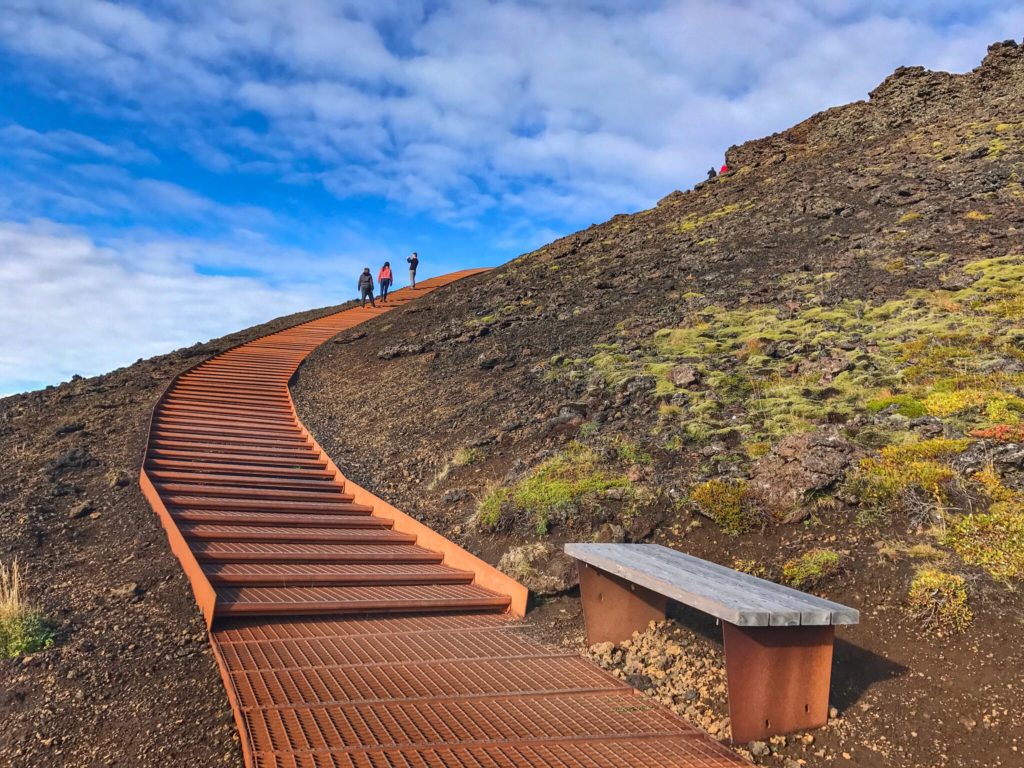 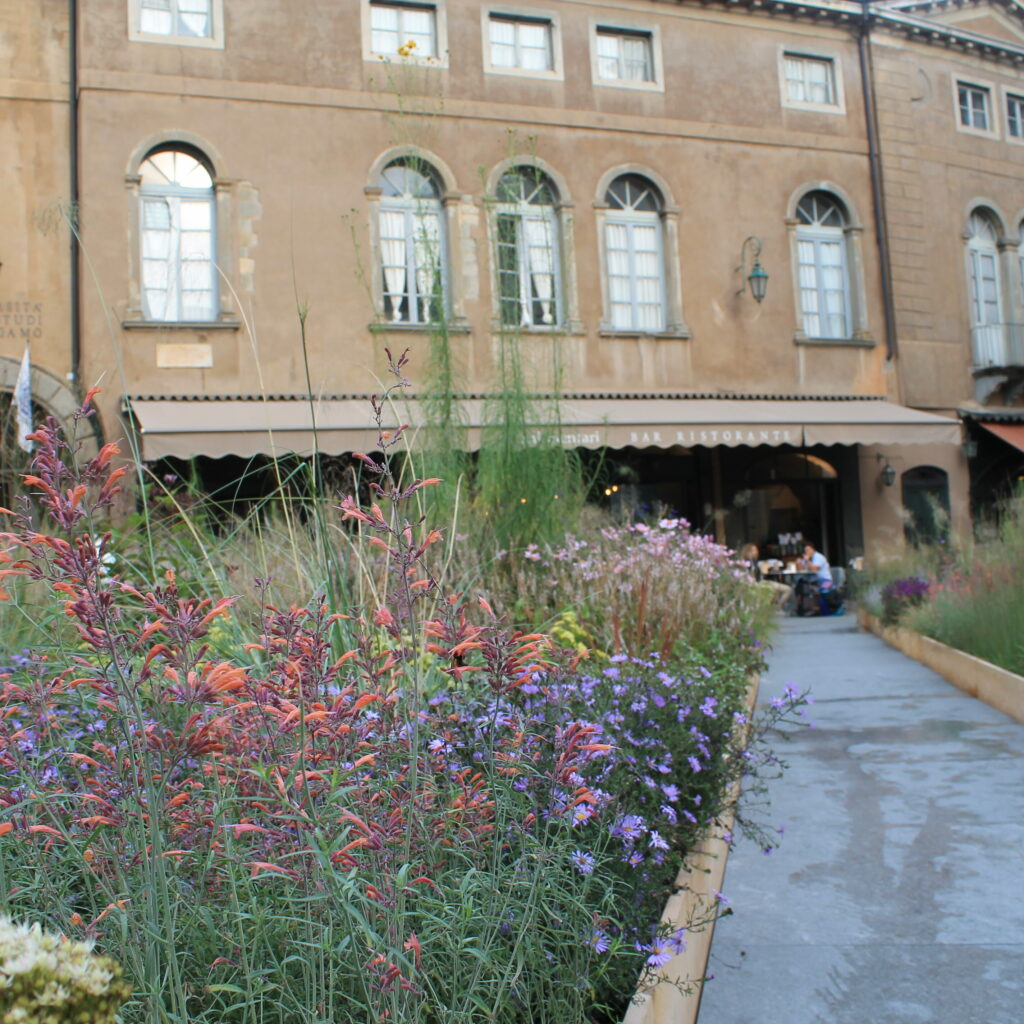 Plant Landscape in the City

The Place to be for City Changers