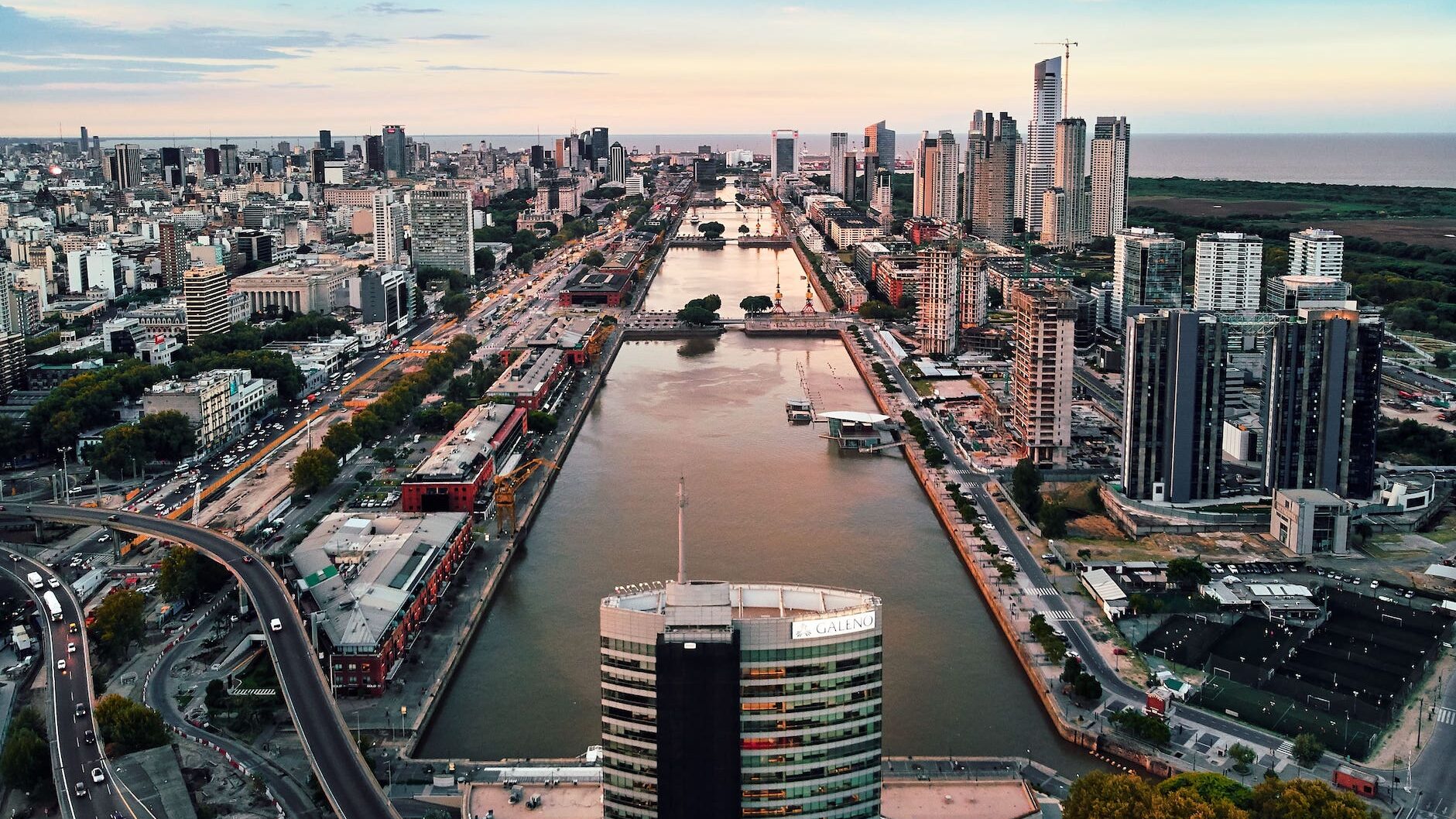 “… Mirage, miracle of the night: the simple, regular, and infinite punctuation of the city lights shows what Buenos Aires is to the eyes of the traveler who has been alone for fourteen days on the ocean. […] This image has stayed with me, intense, masterly. I thought: there is nothing in Buenos Aires, but what a strong and majestic line!”

Puerto Nuevo is the seaport on the eastern outskirts of Buenos Aires, in the city district of Puerto Madero. It is located on the Río de la Plata (which flows into the Atlantic Ocean). Photo: Von Deensel - Puerto Madero, Buenos Aires, CC BY 2.0

For his one and only visit to Buenos Aires, in 1929, Le Corbusier traveled on an ocean liner from Bordeaux, France; the ship arrived at night and the architect described his first impression of the city and the river landscape in powerful words in his book Precisions on the Present State of Architecture and City Planning:

“All of a sudden, beyond the first beacon lights, I saw Buenos Aires. The smooth sea, flat, unlimited to left or right; above, your Argentine sky so full of stars, and Buenos Aires, that phenomenal line of light beginning at the infinite right and escaping to the infinite left… The simple meeting of the pampa and the ocean, in one line… Mirage, miracle of the night: the simple, regular, and infinite punctuation of the city lights shows what Buenos Aires is to the eyes of the traveler who has been alone for fourteen days on the ocean. […] This image has stayed with me, intense, masterly. I thought: there is nothing in Buenos Aires, but what a strong and majestic line!”

Le Corbusier would learn soon, it was not quite right to say “the meeting of the pampa and the ocean”. That “majestic line” he spoke about was in fact the meeting of the pampa and the river. Usually held to be the estuary of the Paraná and Uruguay Rivers, the Río de la Plata receives waters draining from the basin of these two rivers, covering a total area of 3.2 million square kilometers, and stretches 220 kilometers where it meets the Atlantic Ocean. Buenos Aires, the capital of Argentina, is located on the southwestern shore of the estuary. The river with its invisible waterside shaped (and still does today) the city physically, culturally and emotionally.

The idea of an infinite silvered plane of water which defined the shoreline and the vast lowlands where the Spaniards founded the city in the 1500s, has been – then and now – both a unique poetic condition and a much conditioning presence. Buenos Aires grew around a port and became Argentina’s cultural, industrial, commercial and financial heart; in turn, the urban growth concentrated in the extensive available plains located to the west, northwest and south of the original settlements. The higher and more protected areas of the grassy slopes extending alongside the river shore became the land that the colonists chose to establish the first village; this respectful distance, albeit ambitious, was kept with the river to date.

Nowadays, the distance is in fact a consequence of decades of urban sprawl with no consistent regulations for the preservation and the public use of the riverfront; with the expansion of the city in the opposite direction to the river, all inland quarters have neither direct access nor views to the grand water surface.

In the City of Buenos Aires and also in the Metropolitan Area, the relationship with the river is significantly more generous and kinder for the neighborhoods that grew exclusively along the coast and the adjacent strip of land. In the City, where the total length of the waterfront is 18 kilometers, the “Costanera” is a pedestrian promenade running along a stretch of land reclaimed from the river with clearly defined southern and northern sections.

The Northern Costanera connects some of the city’s largest parks, the domestic airport, and the lush northern section of Buenos Aires, with some fantastic views of the never-ending river. The Southern Costanera runs along the eastern border of Puerto Madero (the old port district renovated in the late 1990s as an exclusive residential and tourist area) and abuts an ecological preserve of 350 hectares that grew spontaneously over the years, between the river and the urban environment.

The river bank has been modified through landfilling, dredging and the channelization of numerous streams into pipes. These major transformations of the riparian landscape constitute an integral and crucial part of the city-modeling process that made Buenos Aires into what it is today and whose most evident disadvantage has been repeated floodings of the city. In the estuary of the Río de la Plata, the sudestada or Southeast blow is a climatic phenomenon that causes the sudden rotation of cold southern winds to the south-east, bringing heavy rain and rough seas to coastal regions. The technocratic urban planning has increased the city’s vulnerability to these climatic conditions, and as a result serious floods have been a common event in Buenos Aires for more than seventy years.

In 2012, the City Government finished the construction of underground tunnels which help to divert excess stormwater runoff during heavy rains and launched a comprehensive plan to reduce water risk. Despite working on a well-defined plan for climate resilience, which responds to today’s extreme weather conditions, the City Government can hardly prevent the fact that Buenos Aires will always have to deal with powerful forces of nature.

In a city so profoundly shaped and conditioned by nature, where a wild geography and a stubbornly capricious climate have always been among the most defining and influential factors, the majestic becomes the common. Nowadays, ninety-two years after that visit of Le Corbusier, arriving from Europe by sea is no longer the first option, but if you sail out into the waters of the Río de la Plata or cross them from Uruguay, you can still perceive Buenos Aires as a majestic line “beginning at the infinite right and escaping to the infinite left”. 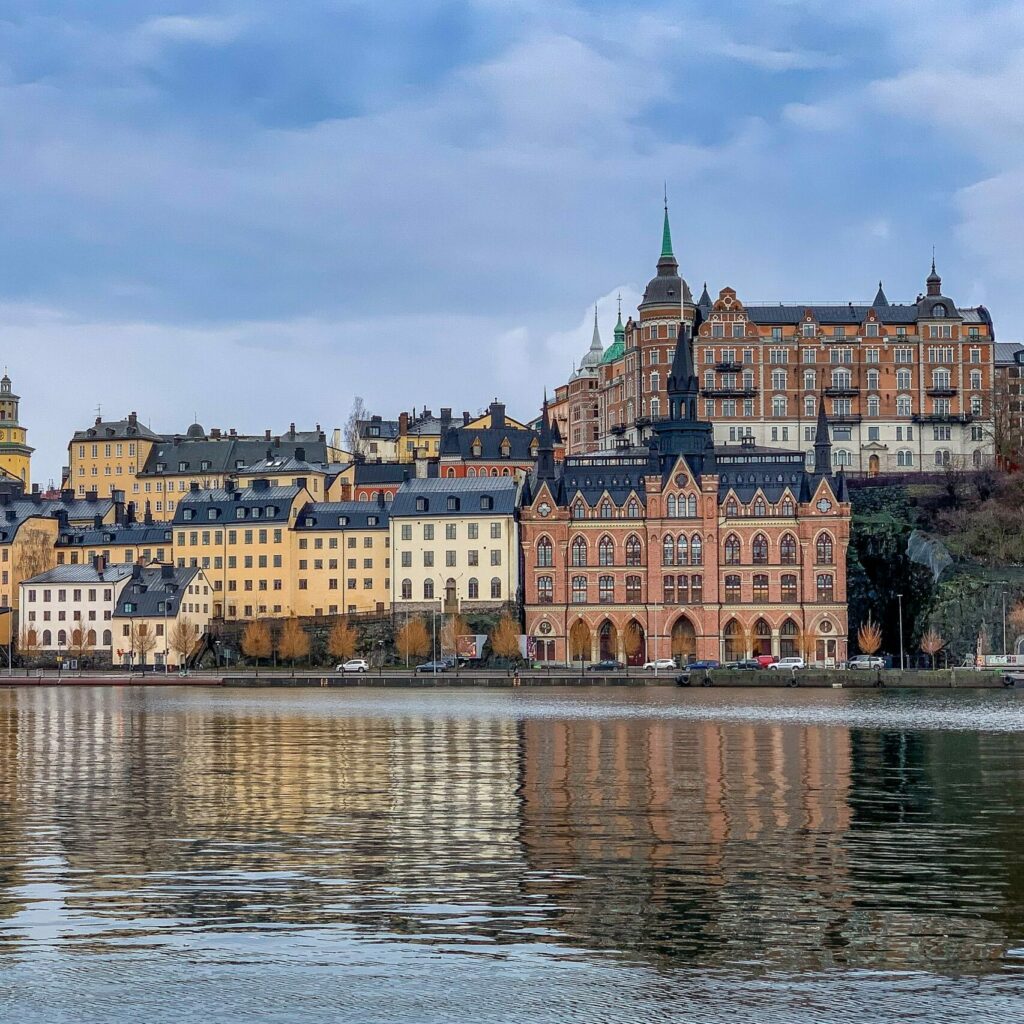 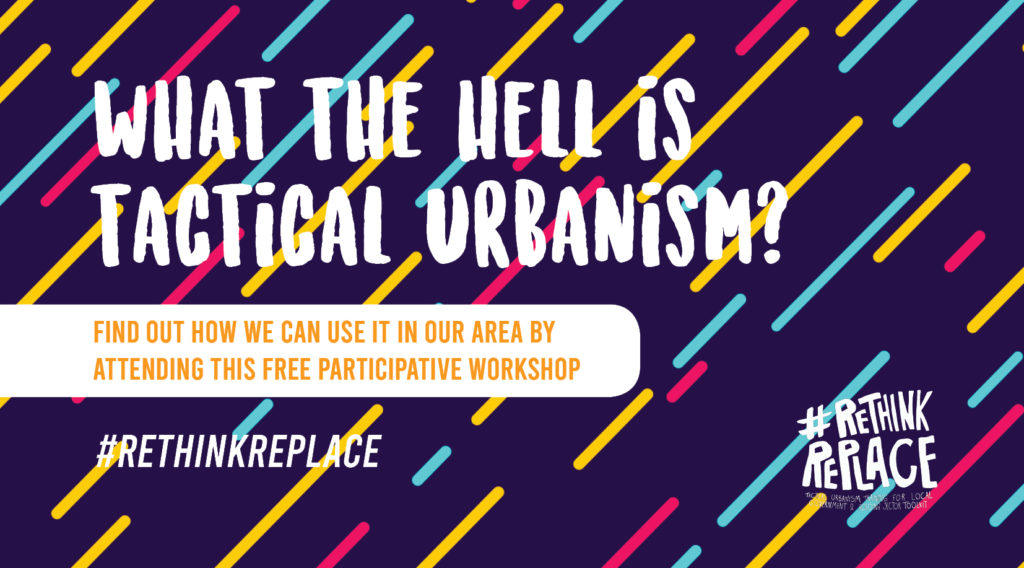 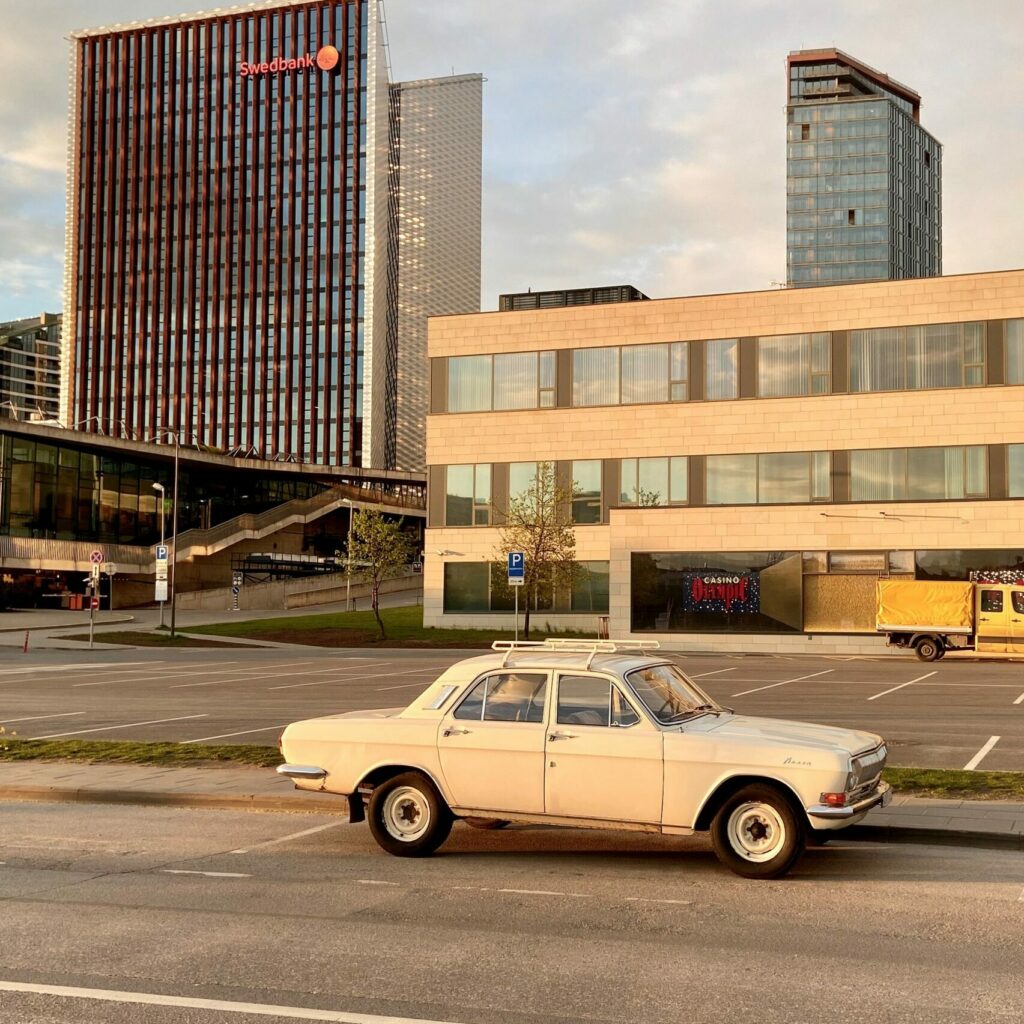