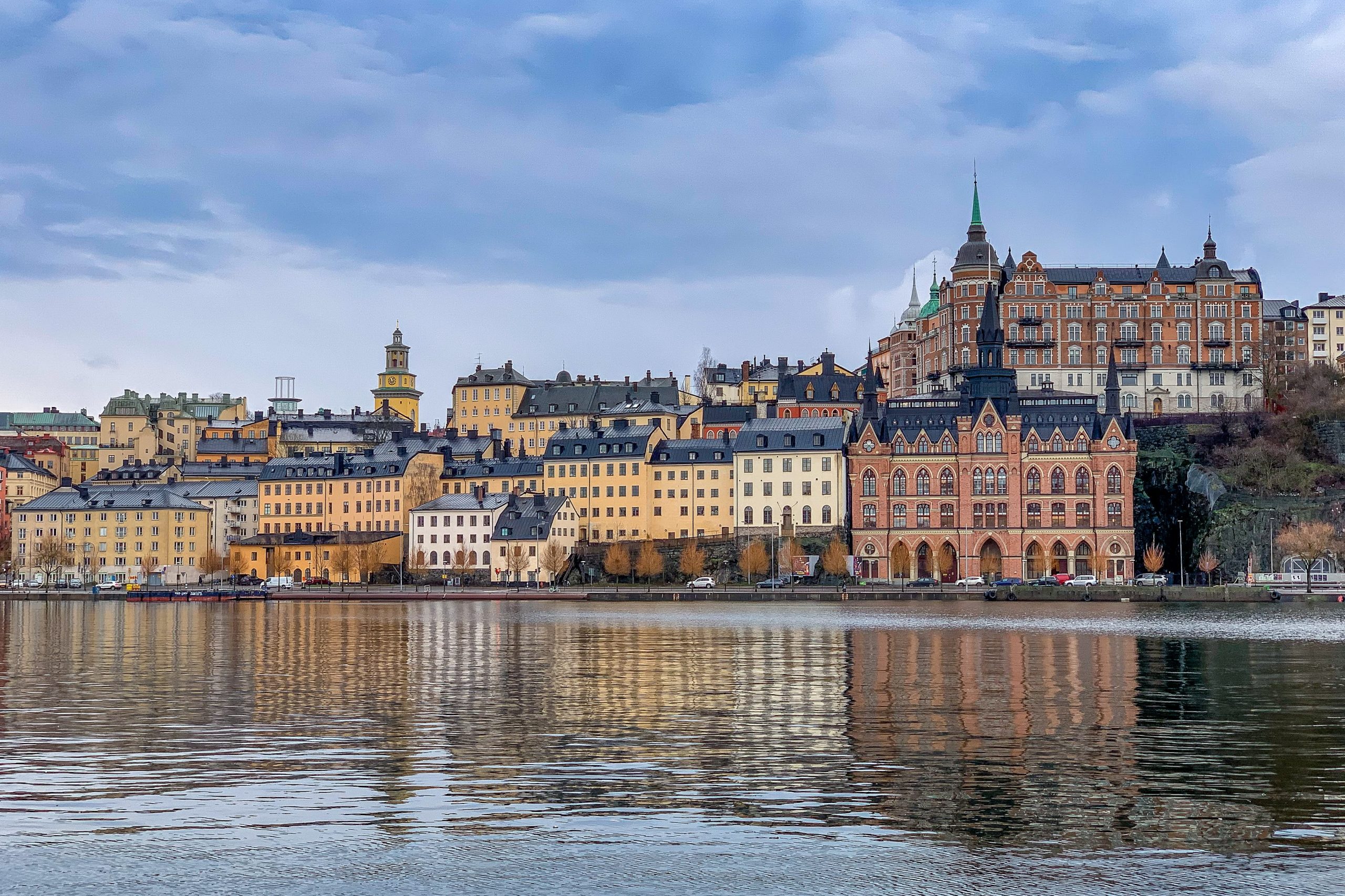 For the Escape Plan column, our author Anna-Maria Pershagen writes about places and projects that are a must-visit in Stockholm – especially if you’re an urban planner.

What are the best places to go for summer vacation? Why not heading to Stockholm, the Swedish capital? For the Escape Plan column, our author writes about places and projects that are a must-visit in Stockholm – especially if you’re an urban planner.

Situated at Lake Mälaren’s outlet in the Baltic Sea, Stockholm resembles a landscape divided into several smaller islands and land areas. City development began on the small islet that is today Gamla stan, where architectural elements of both the Middle Ages and Classicism can be viewed. In spring, the city park Kungsträdgården is a must-see with its flower roof of pink, fluffy Sakuras and its mixed functionality. Stockholm is characterized by attentive adaptation and inspiration from external trends, but has also shown proof of innovation. In the 40s, the Modernist park policy “the Stockholm style” got international recognition and is still well preserved along the path of Norr Mälarstrand. By introducing the concept of “Stockholmian Landscape-urbanism”, Stockholm reinforces its notion as a leading-edge urban visionary with the extensive ongoing project Hagastaden.

Gamla stan (the Old town) is the small islet where Stockholm was founded in 1252, and an obvious choice to get better acquainted with the “Venice of the North”. On 36 hectares of land, attractions such as the Royal Palace, the Great Church, several museums and all kinds of restaurants and shops are situated. The dominant architecture is of neoclassical style, employed until the late 1850s, a few houses even containing medieval fragments and facades. With charming cobblestone streets and narrow alleys, a pleasant walk starts on Västerlånggatan, the city’s most important business street until the 20th century. It runs from Mynttorget in the north to Järntorget in the south, continuing further down towards the Slussen area and the famous “Guldbron”, a bridge inaugurated by the end of 2020 connecting the Old Town with the hip Södermalm.

Another attraction is Norr Mälarstrand street on the island of Kungsholmen. Strolling down this path by the water, completed in 1943 by eminent city gardener Holger Blom and his assistant, the also renowned Erik Glemme, you are offered not only winding promenades, small bridges and playgrounds, but also an unbeatable view of Riddarfjärden. The functionalist park style became known in the ’30s and ’40s as “the Stockholm style”. The original plantings along the route are largely preserved from this time, with groves of alder, willow, poplar and birch, undulating lawns at the shoreline, and native aquatic plants. Following the route all the way down to the city, you will pass the City Hall, where the annual Nobel party is held. 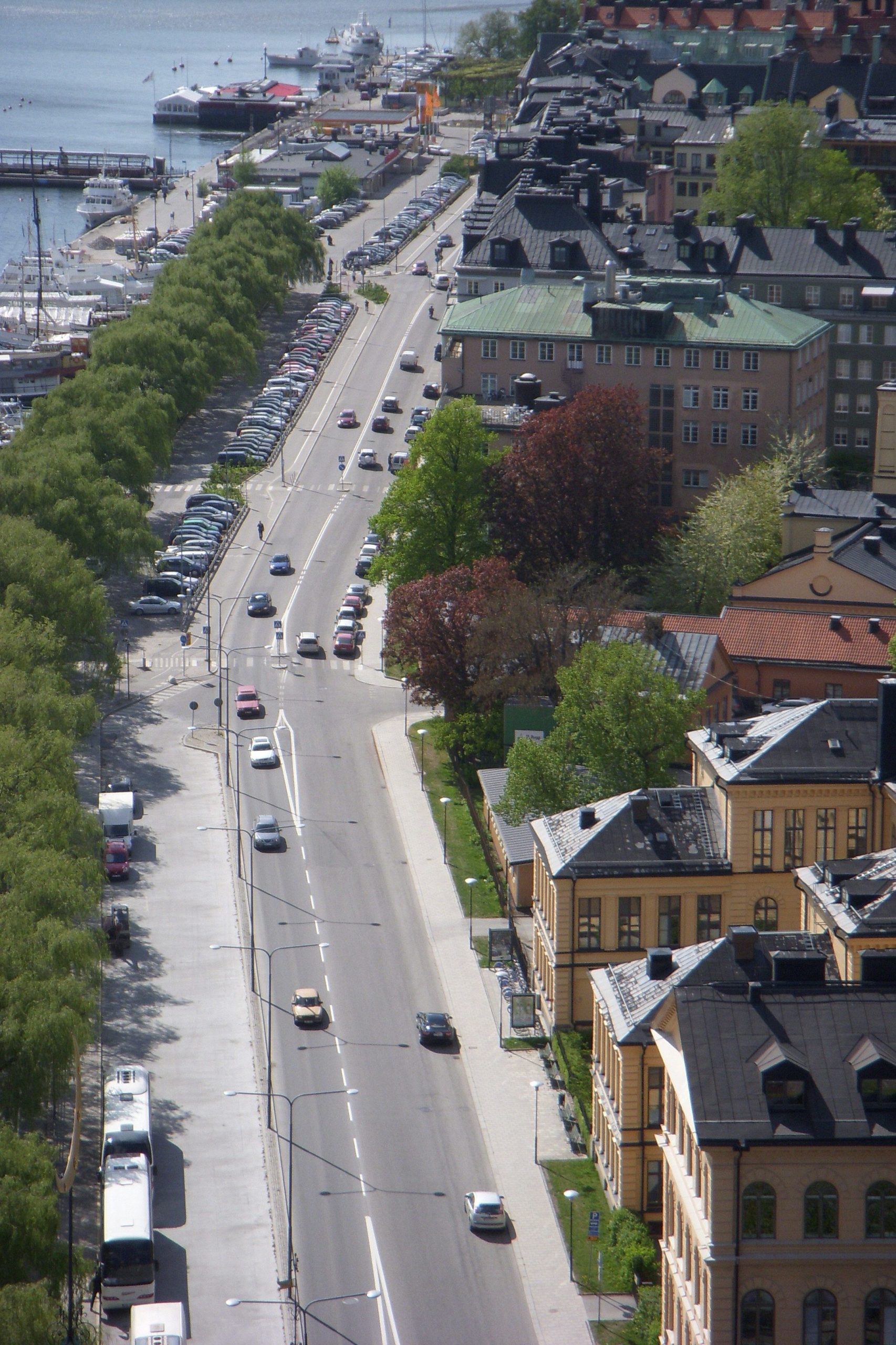 Stockholm’s most central park is a park for all seasons. With historical roots dating back to the 15th century, today it is a meeting place and green center that connects Hamngatan and Karl XII’s square down to Strömgatan. In winter, part of the square is transformed into an ice rink and at the end of April, the cherry trees bloom in the northern part, an exquisite experience that has become a tradition for many Stockholmers to enjoy. The park is flexible, with many different spaces and functions, such as water games in the Forum pond, sculptures, chess games, long wooden benches and generous seating stairs. By continuing east towards Strandvägen, you will pass the ancient Dramaten, the Royal Dramatic Theater. Only a stone’s throw away, the Teatergrillen restaurant on Nybrogatan street features one of Stockholm’s oldest preserved interiors. The menu is classically Scandinavian and the atmosphere exclusive with large sofas and a luxurious touch of French boudoir. 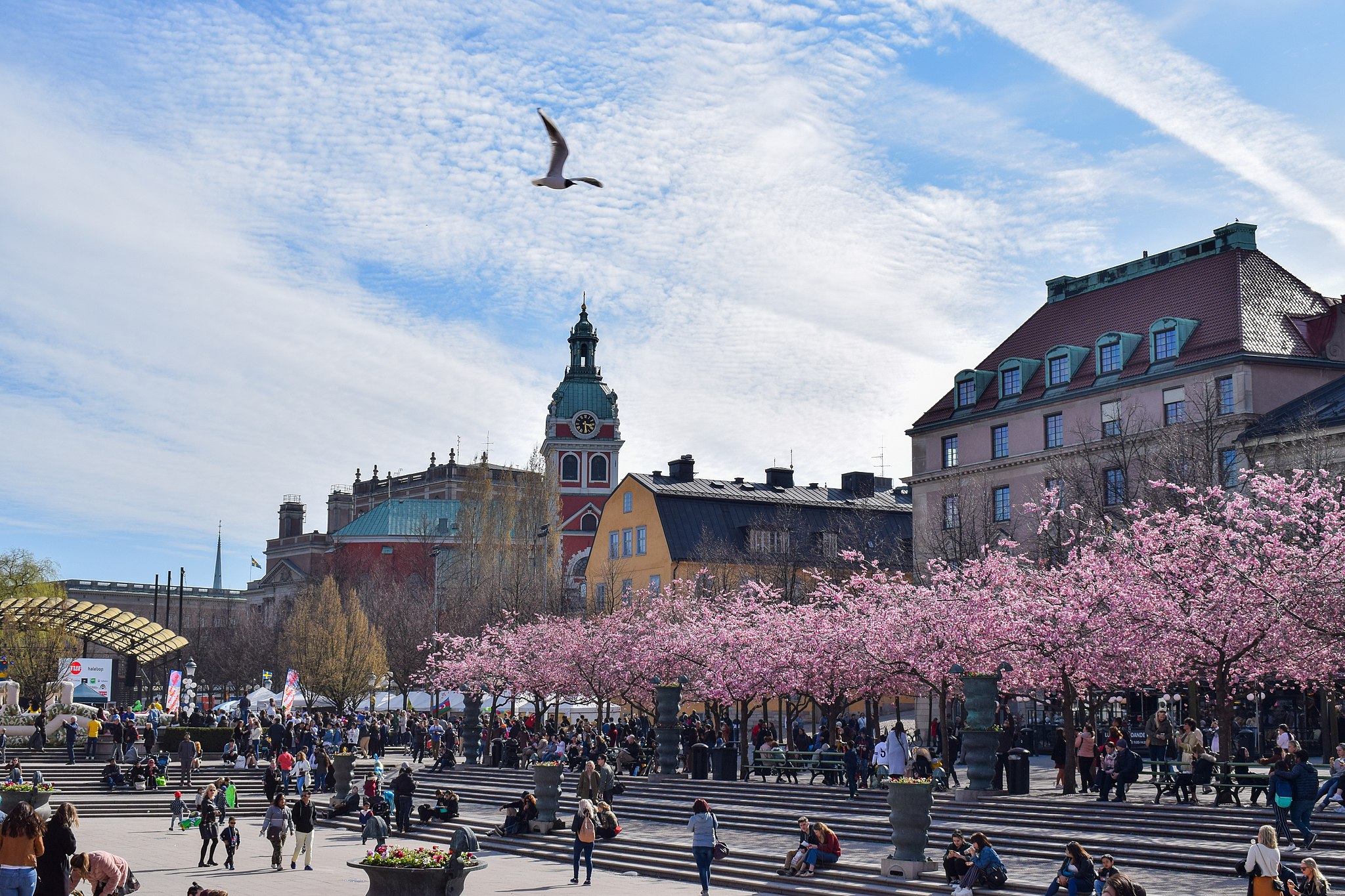 A project that has been in full swing in the northern part of the city since 2014 is the famous Hagastaden. The aim is to unite the dense city with the surrounding landscape and strengthen the green link between the inner city, Solna, and Haga. To mimic a slowly developing city, the architectural goal is a symphonically oscillating verticality. Hagastaden extends from Vasastan and Norra Stationsgatan into Karolinska University Hospital and Karolinska Institutet, further out to Hagaparken. Hagastaden is unique in terms of density and ambition; nothing like this has ever been built in all of Scandinavia. Six thousand new homes and 50,000 jobs are what the project is expected to offer, with a completion date set to 2030.The budget of about 70 billion kronor will be expressing “Stockholmian landscape-urbanism” and provide evidence of innovation in a time where densification is a prominent keyword in urban planning. 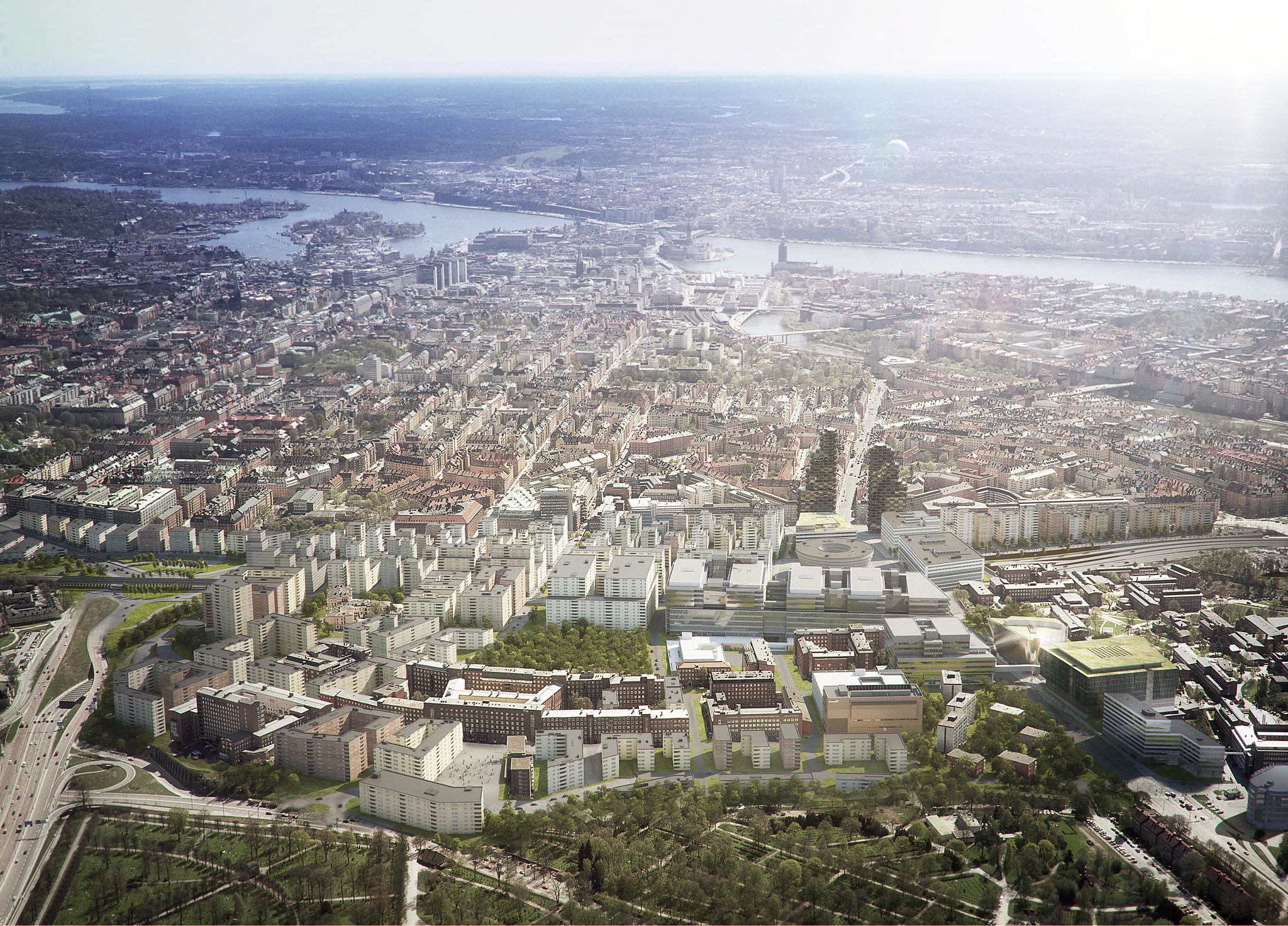 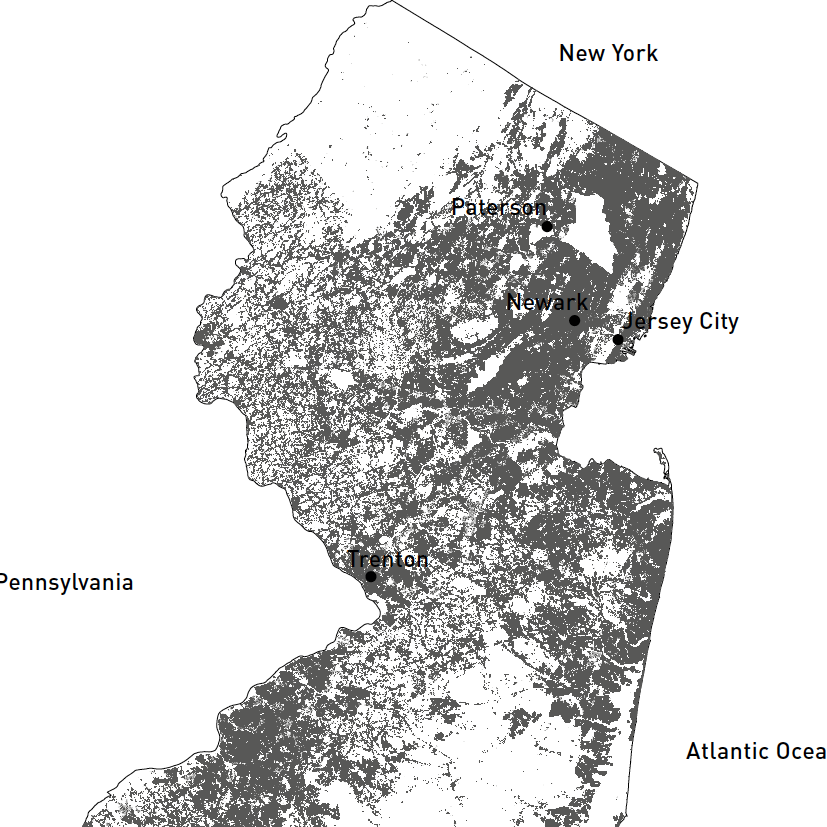