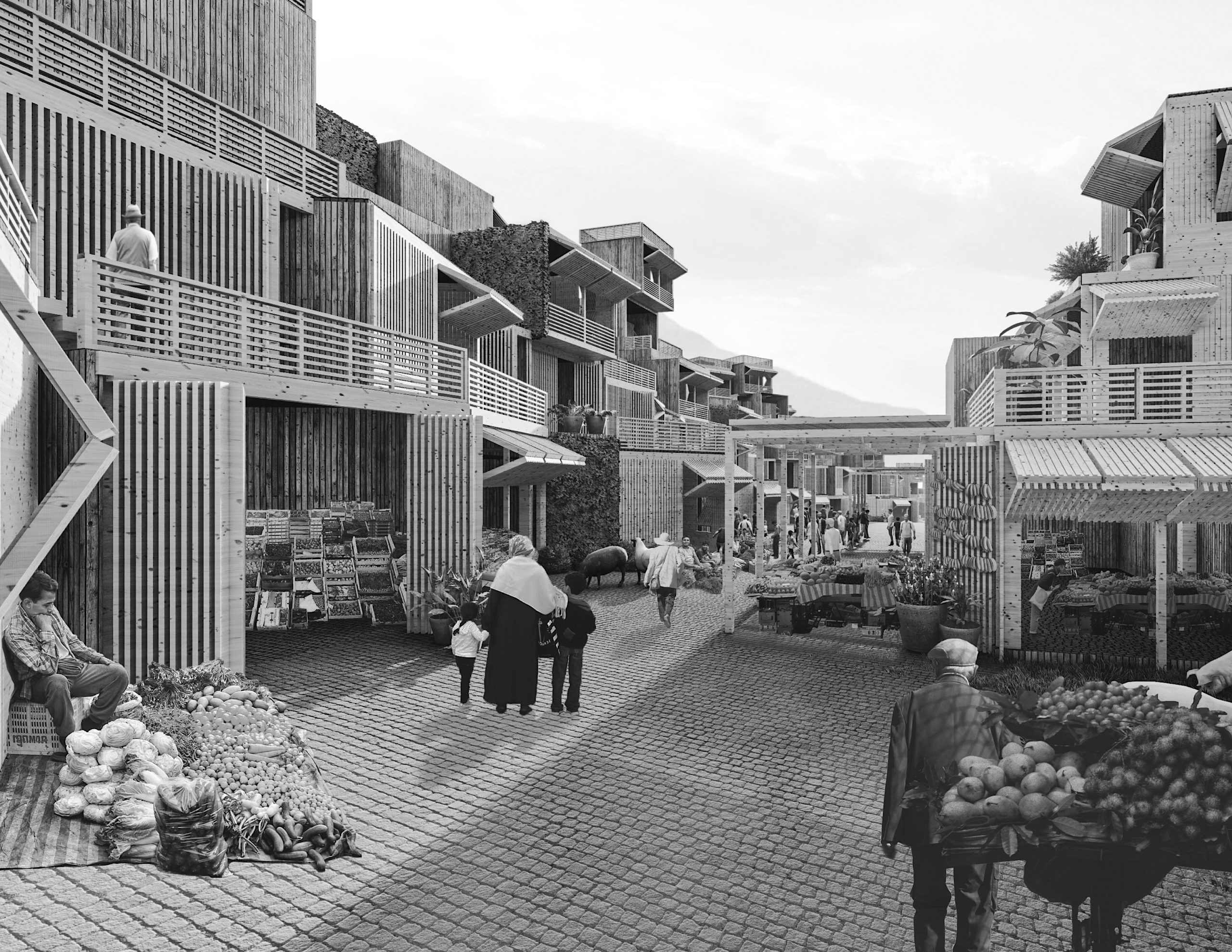 Exhibition in AEDES Architecture Forum on four concepts of cities for refugees that have emerged from a research project at the University of Houston.

The AEDES Architecture Forum in Berlin is currently hosting the exhibition “City of Refugees – Four Utopian Cities on Four Continents” until January 7th 2021, that presents four exemplary, innovative concepts of cities for refugees that have emerged from a three-year research project at the University of Houston.

There are more than 70 million people on earth who had to flee their homeland and have to build a new life for themselves in other foreign countries. Since only a few countries are willing to accept these people in large numbers or at all, they are trapped in tent cities or makeshift shelters. These circumstances often result in permanent housing situations, which hold considerable challenges both for the infrastructure as well as for the inhabitants.

Temporary camps that have become “cities”

For example, the Kutupalong refugee camp in Bangladesh exists since 1991 and is the world’s largest camp for refugees. In an area of just 13 square kilometers, around 600,000 people are living there, pushing the infrastructure that has been developed over time to its limits. The Zaatari camp in Jordan is another example for a camp that was conceived as a “temporary” camp but now, over time, has become a “city” in its own right. Around 80,000 people who fled from the Syrian civil war have been living here since 2012. The camp has city-like structures like a main street with market stalls and shops, kindergartens and schools, solar power and its own drinking water system. Despite this infrastructure, however, it is a “temporary” settlement that is dependent on humanitarian aid.

Four concepts to meet the needs of the inhabitants

With all this in mind, a research project at the University of Houston has been looking for new solutions: In the three-year project under the direction of Peter J. Zweig, FAIA (Fellow of the American Institute of Architects) and Gail Borden (FAIA), in the workshops at the Gerald D. Hines College of Architecture and Design, four concepts for cities have been developed by the students. Between 50,000 – 500,000 people can live in these cities, which were designed for four different continents. The cities’ structures are able to meet the needs of the inhabitants and at the same time also promote their independence. The concepts are based on universal architectural principles and taking local traditions into account at the same time. The results of this project can now be seen at the AEDES Architecture Forum in Berlin since the end of October until January.

“By reallocating a very small portion of the defence spending, a single ‘City of Refugees’ could be financed.”

However, before the students thought about urban design, they first analysed the US defence costs of recent years: Nearly 700 billion USD are spent every year for defence purposes. Peter Zweig notes: “By reallocating a very small portion of the defence spending – which actually is less than a quarter of a percent of the military budget – a single “City of Refugees” could be financed.” Therefore, he suggests that the US could for example postpone the construction of a submarine used for military purposes for a year and thus make it possible to build an entire city – an interesting argument that is certainly worth to be further discussed.

Basis for a new multi-ethnic society

Using maps and data, which can also be seen in the exhibition, the students analysed and documented the global migration tendencies and routes of the refugees. Based on this, the prototypes of the cities were designed.

The City of Refugees is an ideal place that reaches beyond the fate of those displaced from their homes. The inhabitants should be able to act freely and independently here. The students also considered that the cities, as a free economic zone promoted by the United Nations, could create a basis for a new multi-ethnic society. This society within each city should be based on justice and tolerance, being economically viable and CO2 neutral. To this end, the model cities use sustainable technologies, changing the concept of the road as no cars are needed, and include regional and at the same time universal architecture.

Proposed solutions to one of the most important international problems

In the exhibition, visitors can use models, images, videos or augmented reality to gain a comprehensive insight into these imaginary cities and their socio-political, economic and cultural aspects. Though it is an fictional image for a city, the inherent concepts are a good step towards a possible solution to one of the most important international problems of our time.

The exhibition can be visited until January 7th 2021 at the AEDES Architekturforum in Berlin (Christinenstr. 18-19). The exhibition will be accompanied by a series of online discussions on various topics covered in the exhibition. Click here for more information. 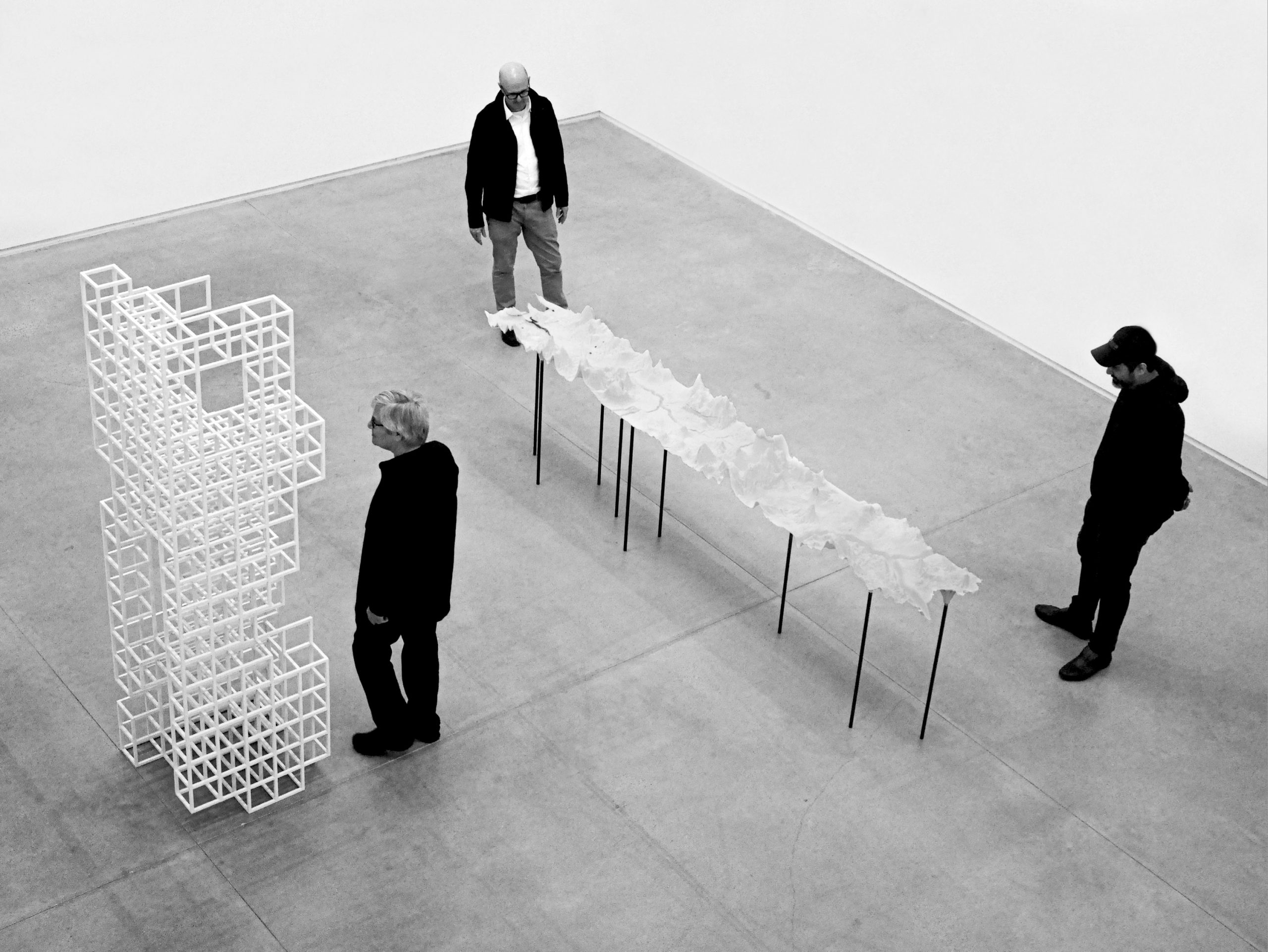 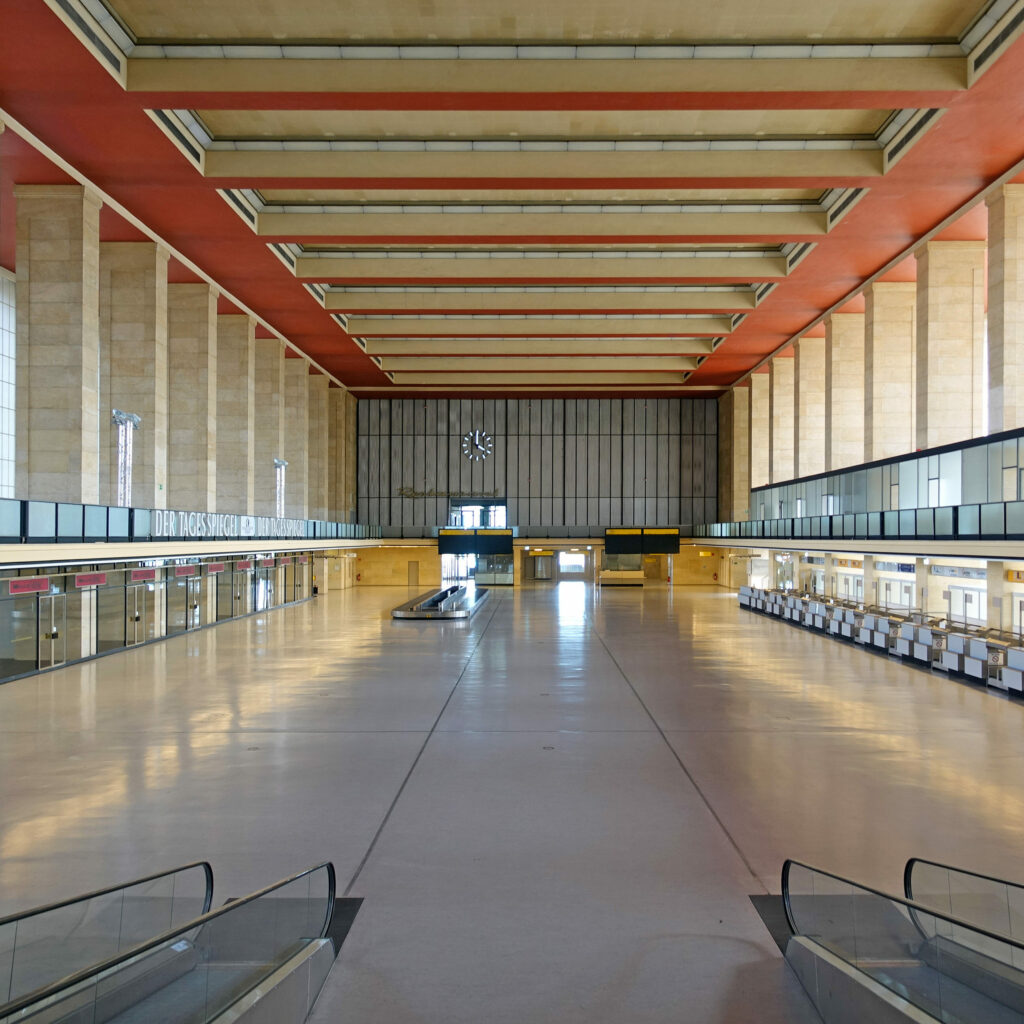 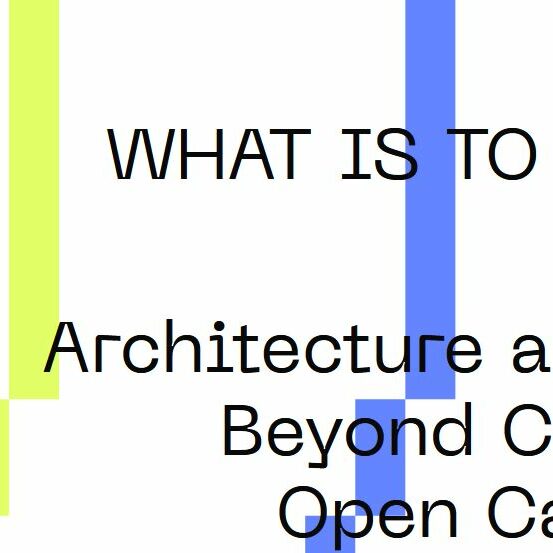 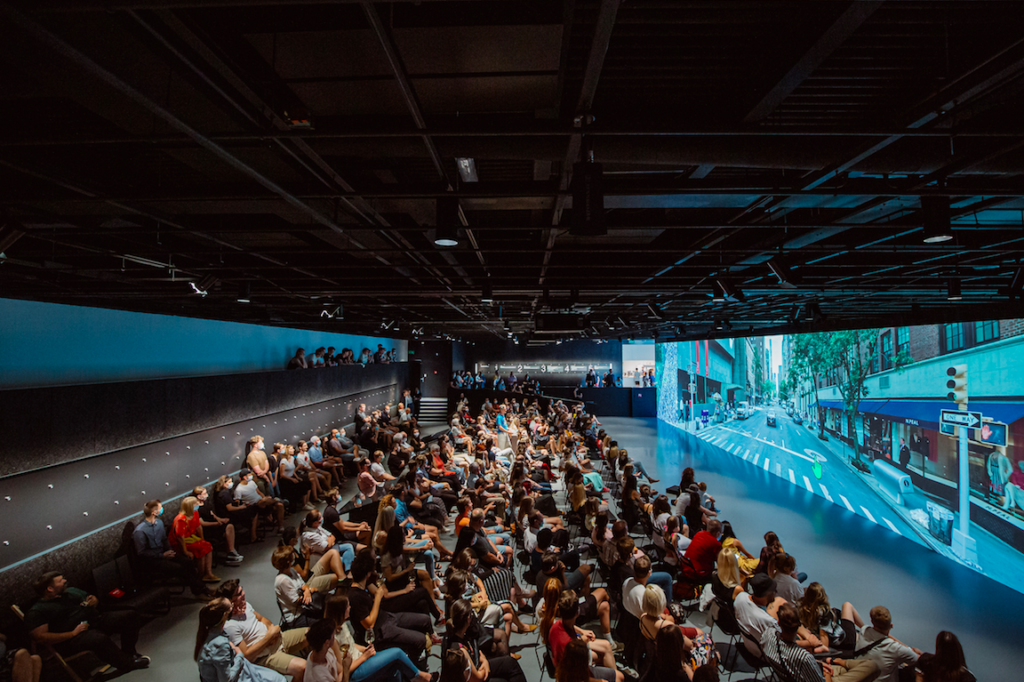 Once around the world from a deck chair

From 7 February, the Danish Architecture Centre will be showing an exhibition on innovation in child-centred architecture and construction – Kids’ City.

KU.BE. a house of culture and movement. An example of architecture for active play. Architects: ADEPT and MVRDV, 2016. Frederiksberg, Copenhagen. Photo: Adam Mørk.