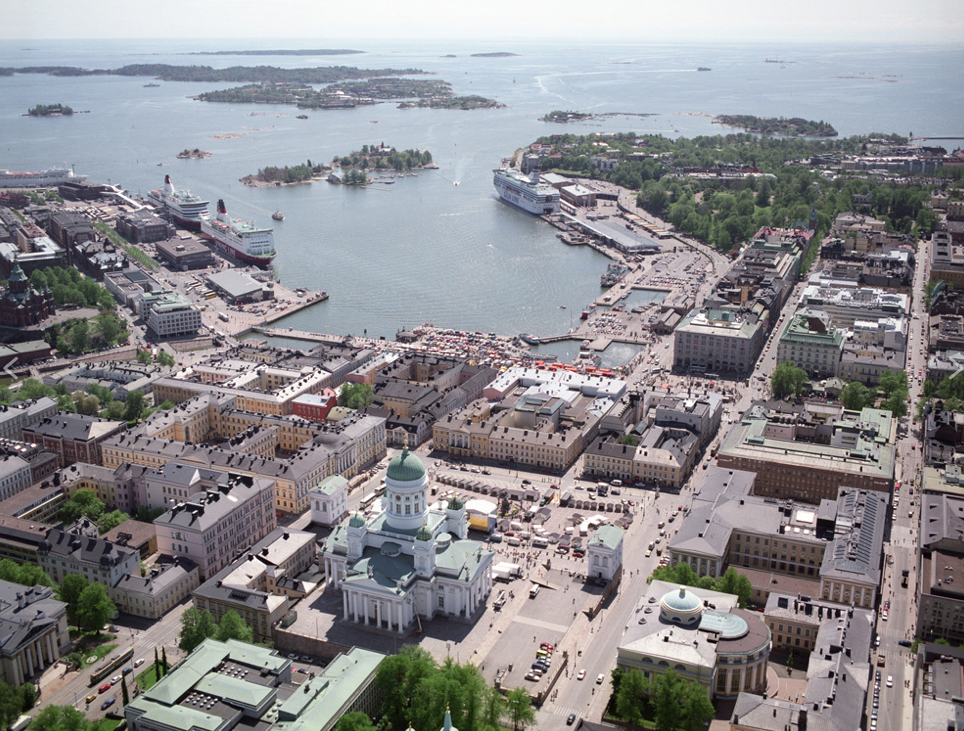 In early December finalists were announced in the competition for the Guggenheim Museum Helsinki. Discussions about alternatives continue to create a stir.

The site for the proposed Guggenheim Helsinki is located in the Eteläsatama, or South Harbour area. ©Kaupunkimittausosasto/Kaupunkisuunnitteluvirasto, Helsinki 2014, The Next Helsinki

Architecture and urban development often give rise to discussions. But few projects attract as much attention as the proposals for the Guggenheim Museum in Helsinki. On the one hand are the 1715 teams of architects from 77 countries who submitted their visions for a new museum in this international competition. On the other hand are those in the city who have resisted the project right from the beginning. The activists who demonstrated in front of Helsinki’s Lasipalasti, i.e. the Glass Palace, during the presentation of the six finalists on 2 December, were proof of this. “Not With Our Money” was written on their banner.

A Guggenheim for Helsinki?

In the Glass Palace Mark Wigley, chairman of the jury and dean emeritus of the Graduate School of Architecture, Planning and Preservation at New York’s Columbia University, talked about the search for a museum of the 21st century and about the finalists. The selection of these six designs in no way meant that finished projects were being presented. Instead, it was the beginning of a dialogue, a conversation about the question of what a museum in the 21st century needs to provide. And about how this kind of institution can be anchored in the city, about how both new public space and space for the public can be created. Each of the teams was given an extensive list of questions by the jury. Lists of questions that serve as a starting point for the further development of the project. And thus, in a formal and programmatic sense, everything in this process can still be altered. The images that were unveiled are only the first impressions of what is possible. The projects and the names of the teams involved were introduced separately. The question of who was responsible for which design will not become public knowledge until the end of the competition in June. And it is still unclear what will happen with the winning submission. The city of Helsinki still has to decide which further action should be taken. For supporters of the project this is seen as a smart investment that will put Helsinki on the international map of culture and attract tourists. Ideally, this will lead to more investment within the city.

Opponents complain about the waste of public money in times of tight budgets and about the sell-out of the city to an international cultural organisation. In 2012 Helsinki was named World Design Capital and was also recently awarded the UNESCO title of Design City. And thus, people in the city should be able to develop their own ideas. One group within the opposition is currently hosting a competition entitled “The Next Helsinki” in its search for possible answers. Scenarios for the South Harbour, a potential Guggenheim location, will be developed. Everyone is invited to participate, and international ideas will also be considered in this new competition. The winner will be picked by an international jury chaired by Michael Sorkin.

At the moment, it seems that urban development in Helsinki is not only being discussed within professional circles. And this is also one of the positive results of the Guggenheim competition. 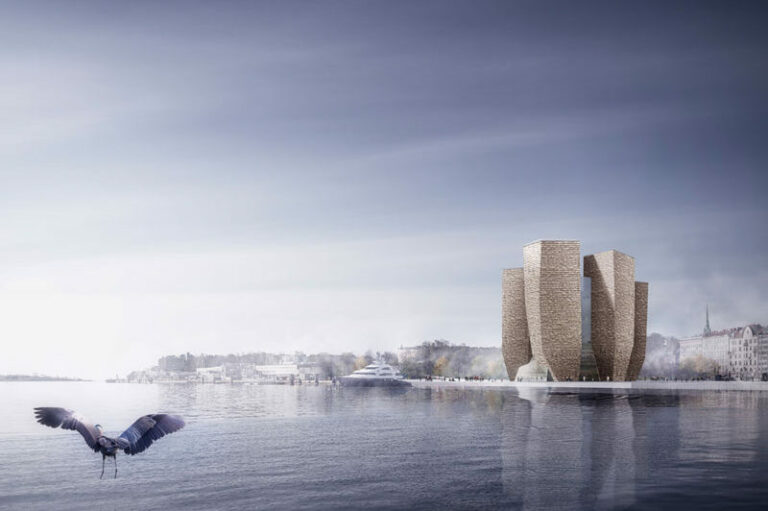 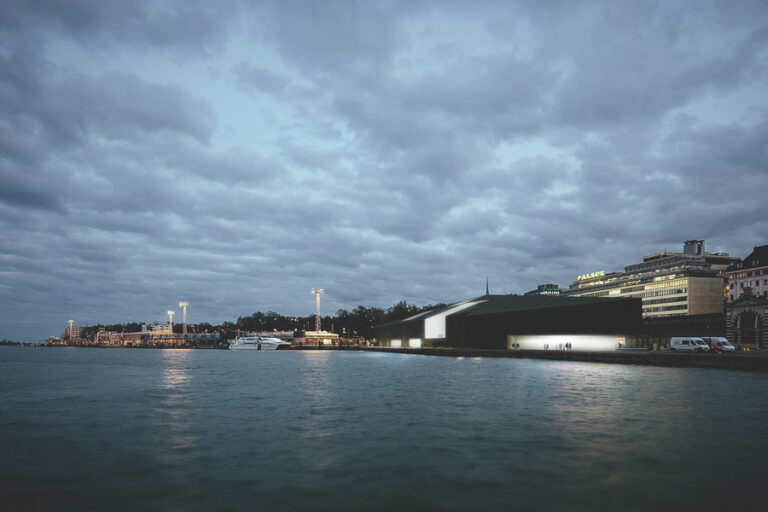 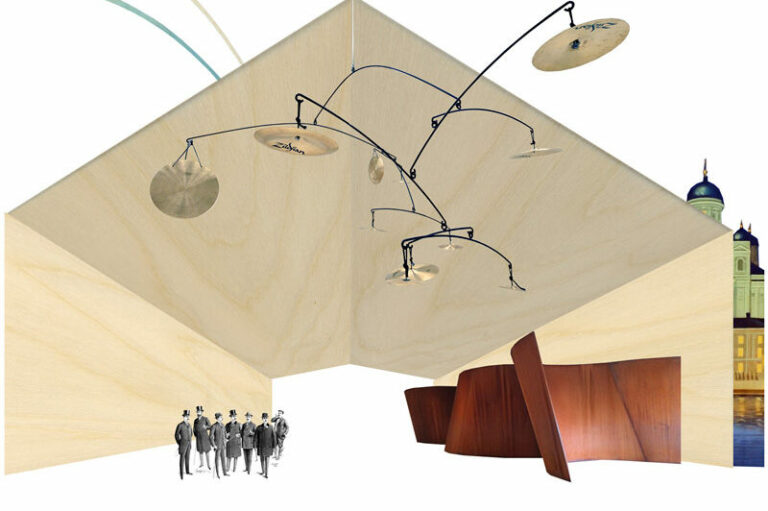 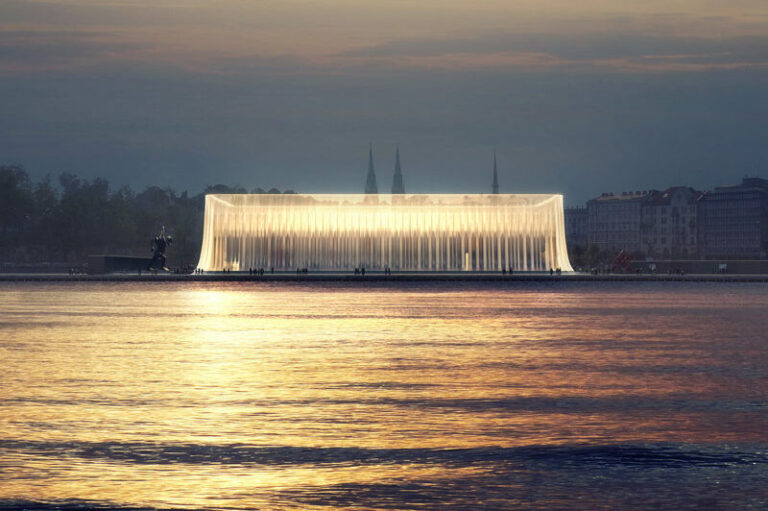 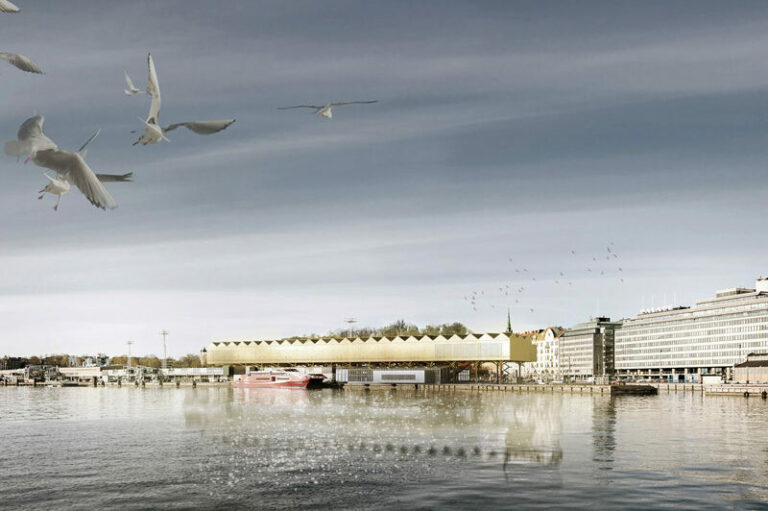 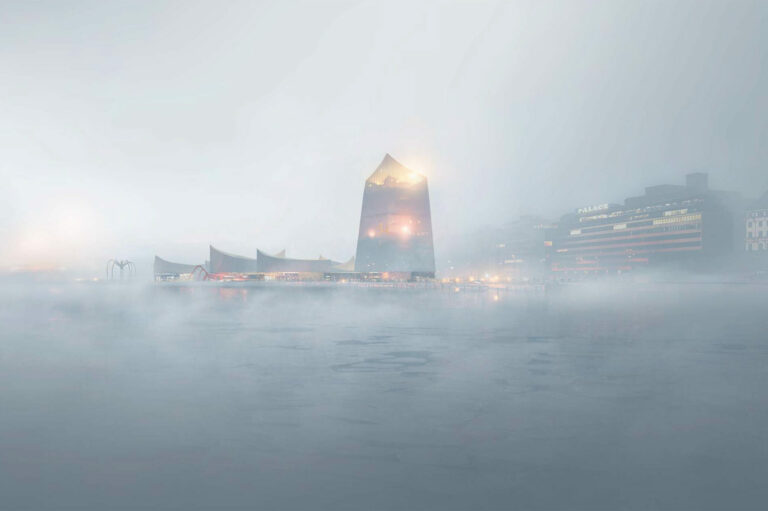 Summary of Jury Findings on the Finalist Schemes:

GH-04380895
The Jury felt this was a unique proposal, with a grouping of pavilions creating a continuation of the city. The scheme blended well into the city fabric, reflecting the market close by. The use of natural daylight deep into the plan was praised. However, the Jury was skeptical about the design of the roof scape. The tower-lighthouse created debate amongst the Jury, with concerns over the placement and size of the galleries, nevertheless the Jury felt the overall concept has great potential to redefine the museum as a more urban experience.

GH-1128435973
The Jury praised the industrial vernacular of the design, with its internal flexibility and external effect. This was felt to be a very compelling response to the Guggenheim principles for the new museum even if it was not fully developed yet. There was a very strong organizing concept with public/incubator on the ground floor and exhibition above. The low form yet pronounced silhouette was considered particularly interesting.

GH-121371443
The Jury praised the integration of image and technology, and called the design simple but extraordinary. Jurors thought the scheme had such a density of visual impact that it would draw a nickname from the public but also needs to develop an equally compelling internal logic as the internal program is still too diagrammatic. The proposal used the aesthetic of the building as a sustainable energy device. There were some potential concerns raised over construction risks.

GH-5059206475
This proposal responded well to the cityscape and the site, using the materials from the existing buildings and creating close relationships with its surroundings. The architecture is based on an evolving ecology of materials, forms and atmospheres. The scheme was based on an old store house, which was felt to be a subtle concept with a great deal of potential both for the museum and for the urban and social fabric.

GH-5631681770
This scheme demonstrated a good understanding of how the city works and the proposal presented valuable research demonstrating a new direction for the museum internally and in relation to the urban fabric. There is particular attention to public space and the potential exhibition spaces were considered authentic. The Jury acknowledged the scheme was at an early, conceptual phase, but its non-stereotypical approach was seen to open up a particularly promising future for the project on the site.

GH-76091181
The Jury praised the basic concept behind the proposal. The use of timber seemed especially elegant and the internal courtyard could be memorable with circuits of independent galleries. The use of nine lifts was especially questioned by the Jury but it was felt that the gallery ‘rooms’ could work well if the horizontal and vertical circulation scheme could be developed both in terms of efficiency and complexity of visitor experience.

Interested in actually built architecture in the city of Helsinki? Learn about the crown jewel of Finnish functionalism, the Helsinki Olympic Stadium. 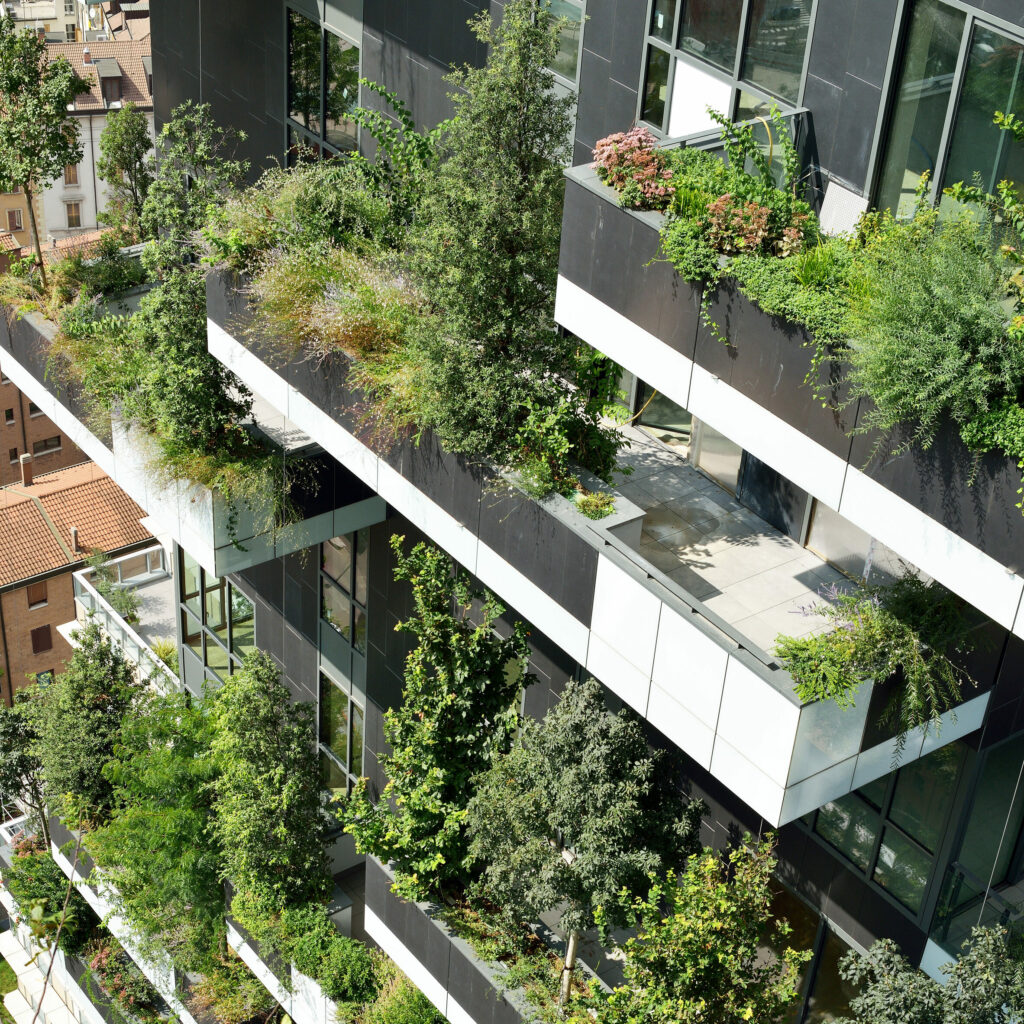 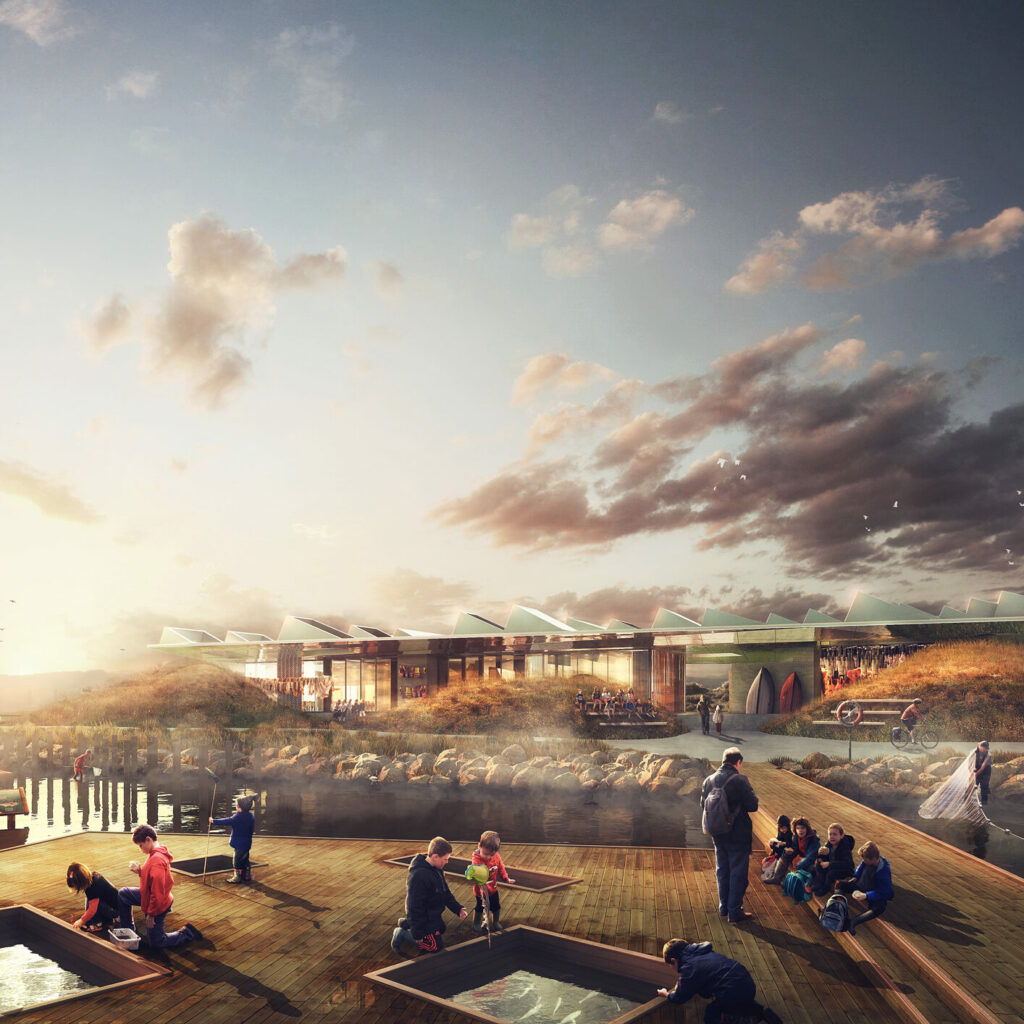 H+N+S Landscape Architects, Royal Ginkel Group and Rots Maatwerk were selected in a two-stage competition to design and build the new museum garden at the Naturalis Biodiversity Center, the natural history museum in Leiden, The Netherlands