Redesign of a seaside area in Reykjavik 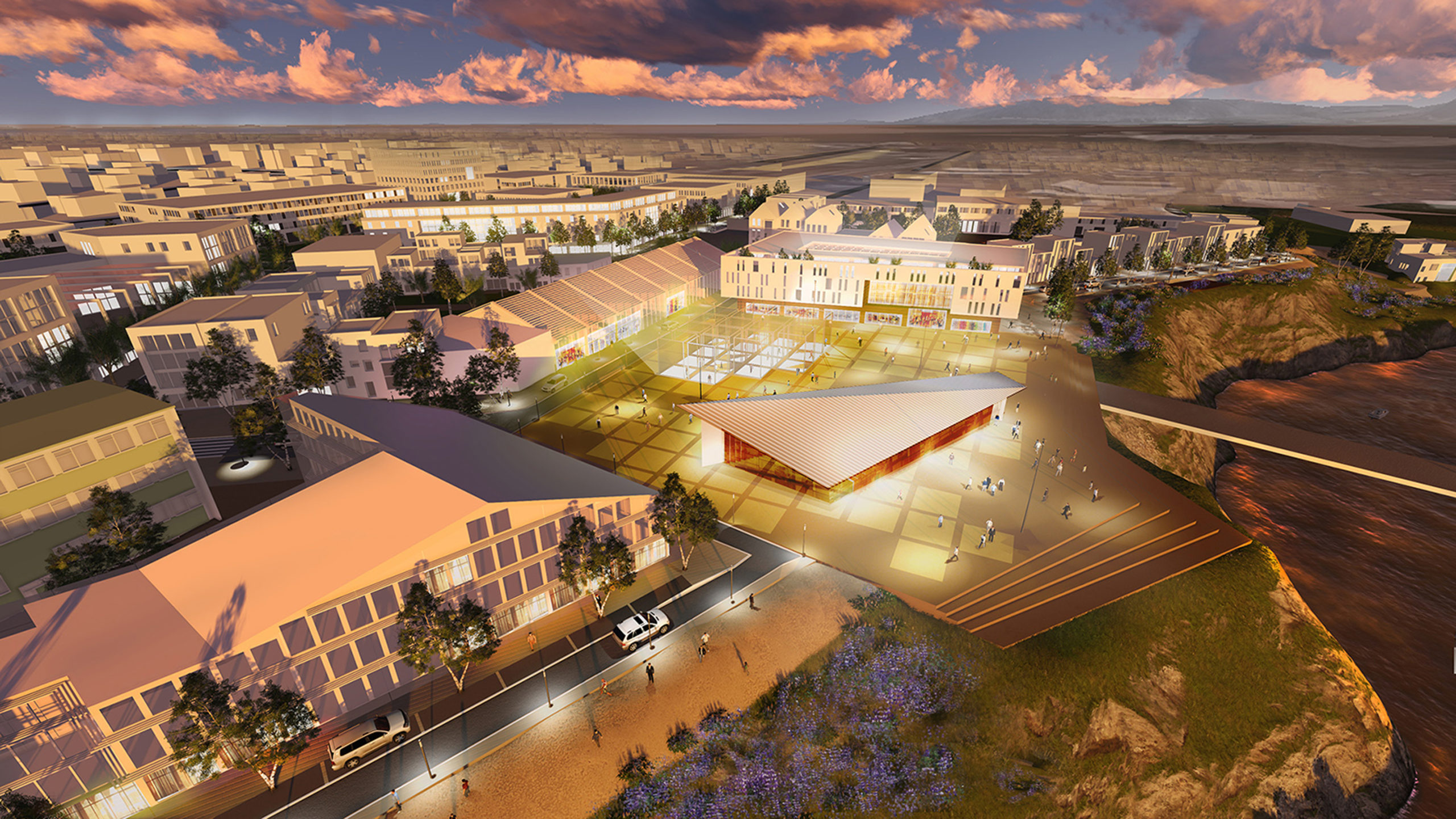 The Rotterdam based offices, jvantspijker and Felixx, have designed a redevelopment plan of an industrial seaside area in Reykjavik, Iceland.

Two Rotterdam based offices jvantspijker and Felixx will design the new redevelopment plan of an industrial seaside area in Reykjavik, Iceland. The firms have won the first prize through an invited two-stage competition. The plan consists of 110.000 square meters of mixed use program, including four hundred new dwellings.

The location is tightly embedded within a port and transshipment area, a residential area and a large nature reserve. The competition is one of the first focus areas of a large long-term masterplan set up by the municipality of Reykjavic. The overarching plan commits to redevelopment, densification and sustainability.

The firms jvantspijker (planning and architecture) and Felixx (landscape architecture) used the ambition of densification to reconnect the urban area of Reykjavic to the surrounding Icelandic landscape.

The design presents itself as a community by the sea, where community making and local identity is the central theme. The plan is therefore approached from the urban vision of “Making City”, with clear key themes as good connectivity, streets, integrated parking solutions, diversity and ecology. The existing buildings are carefully deployed as identity carriers, the existing infrastructure is transformed into an urban fabric that makes room for the central square along the water as new “place to be”.

Municipality of Reykjavik commits to implementation in 2015

The municipality of Reykjavik and developer Hömlur, the initiators of the project, will proceed as soon as possible in collaboration with the winners, with the commitment to start as early as 2015 with the implementation of the plan. The coming period will be used by the designers and clients to discuss the next steps in the development process.

The winning design team is led by origin Icelandic urban designer Orri Steinarsson. Renderings and plans by felixx and jvantspijker. 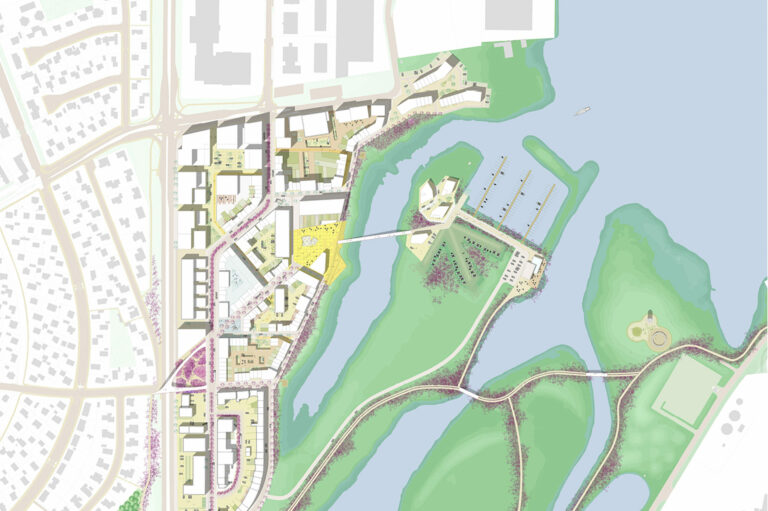 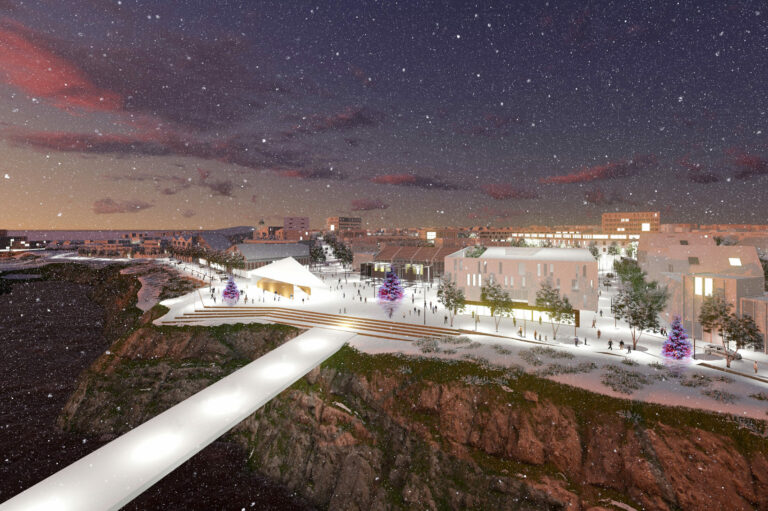 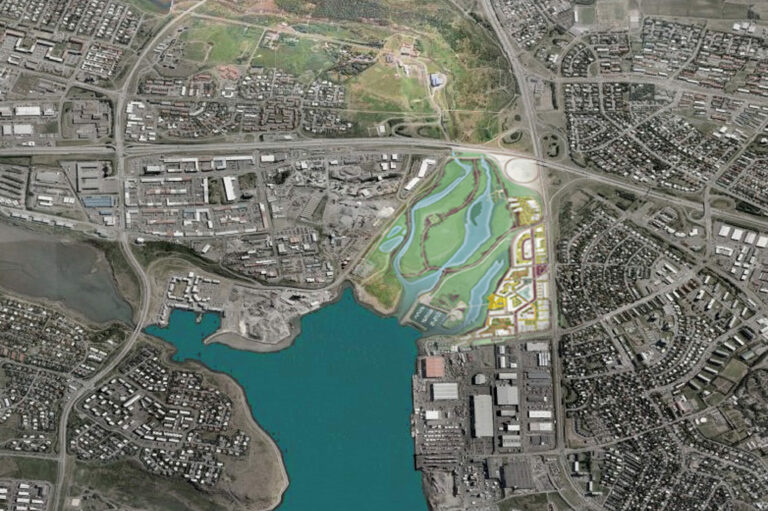 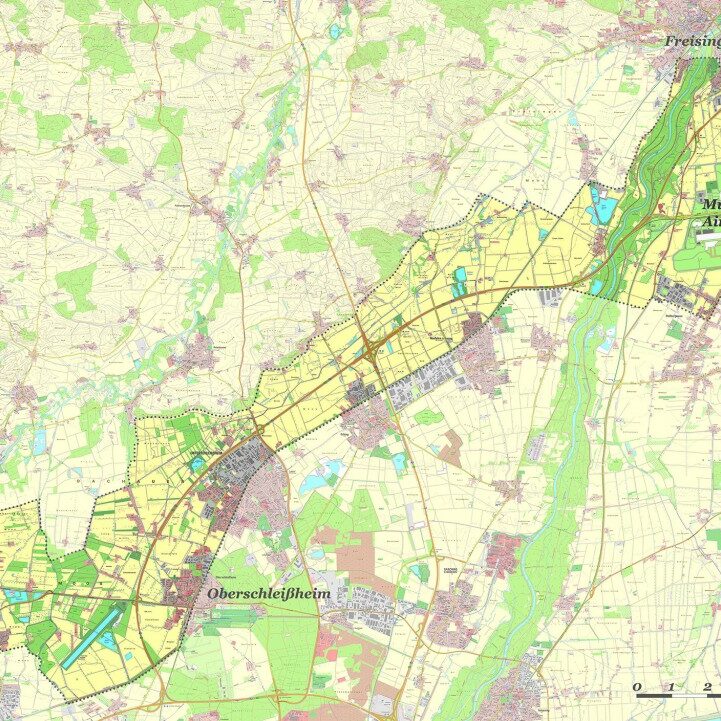 The proposal “Small Means and Great Ends” by White Arkitekter of Stockholm together with Arup and Gensler was recently selected as the winning design solution for the FAR ROC [For a Resilient Rockaway] design competition.