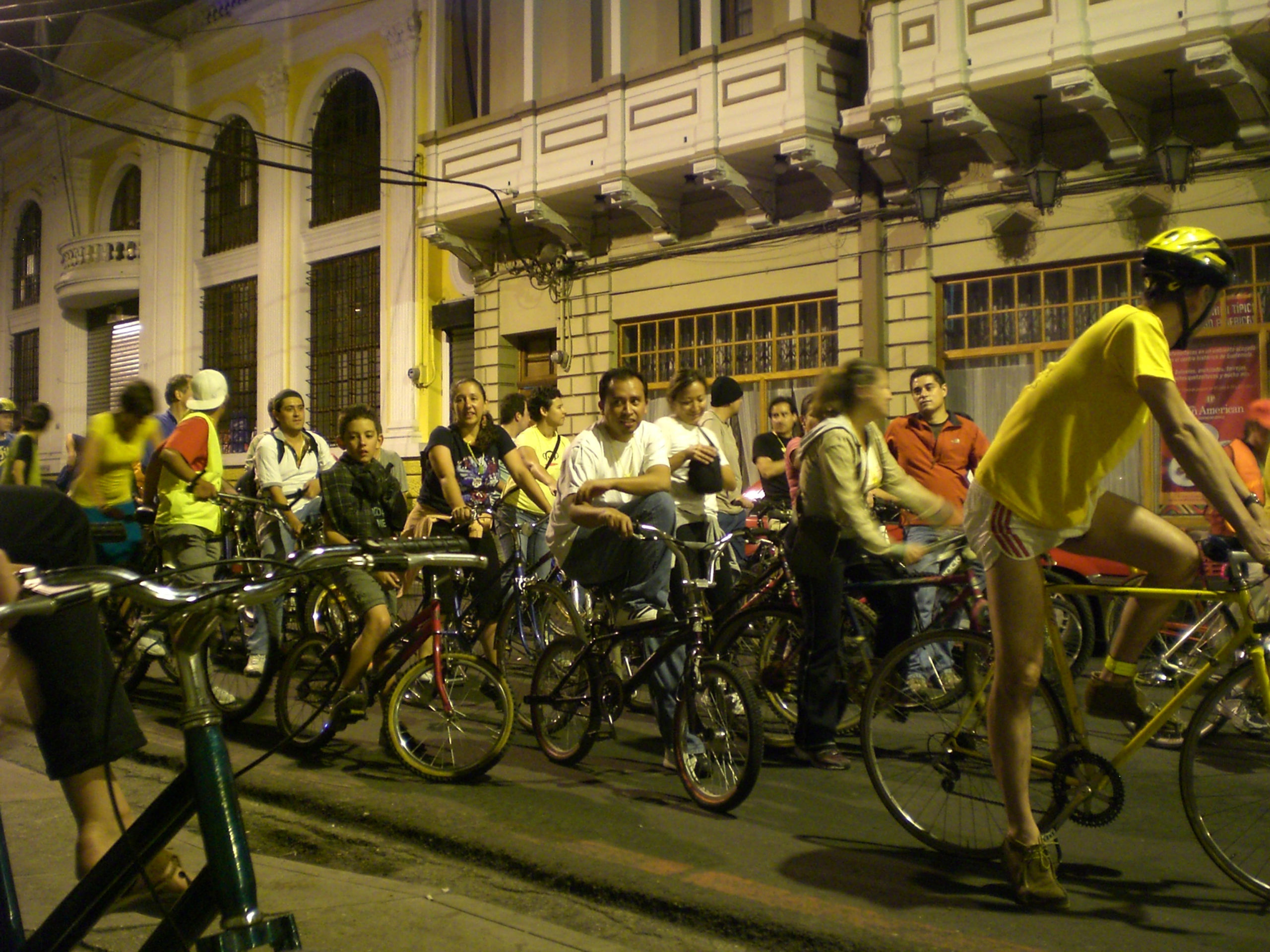 “Design without Borders” is a Norwegian NGO who addresses developing world issues by engaging appropriate design. They recently completed the “Bicycle masterplan for Guatemala City”.

The Norwegian NGO “Design without Borders” addresses developing world issues by engaging appropriate design – not aid. Recently, it completed the “Bicycle masterplan for Guatemala City” after sending Cathal O’Meara, an Irish landscape architect, to Guatemala – namely for 15 months – to develop the plan in co-operation with the Guatemala city planning as well as the city’s transport office.

The project took place within the department of Urban Mobility in the Municipality of Guatemala, which is responsible for planning and designing “the worm” as locals call the Transmetro, Guatemala City’s first mass transit system which is a local variation of the Bus Rapid Transit (BRT) concept.

The old colonial core of the Guatemala City sits at an altitude of 1,500 meters between the Sierra Madre Mountains. On a flat plain and with steep, jungle filled ravines that fall from the original settlement to the headwaters of the Atlantic and Pacific oceans, the city’s volcanic geography contrasts starkly with its grid form as prescribed by the laws of the Indies. This geometric order however differs greatly, as one travels from the historic core where the colonial, human scale environment is replaced by suburban style living with gated communities and automobile dependence. The current development plans of the municipality envision a city with less reliance on individual automobile ownership, by creating a network of Transmetro Bus routes throughout the city, encouraging higher density development along these “transit spines”.

Many of the advantages of cycling in Guatemala City are amplified against a backdrop of chronic poverty and a lack of transport options. Currently many residents are forced to take the traditional red city busses or ‘Tomatoes’ as they are locally known. Just as the pollution, these creaking vintage ex-American school busses are also witnessing a severe security problem, with frequent assassinations of bus drivers by gang members for failure to pay “protection money”.

With car ownership rates increasing at more than 10 per cent per annum there is little remaining space on the city’s roads and alternative transport options need to be found. Furthermore in a city where 60 per cent of the almost 3 million residents are described as being poor (receiving less than 400 Euros per family per month), car ownership, (despite recent growth rates) is still the privilege of the minority. In such circumstances the potential of cycling is far greater than in many first world countries, however the perception of cycling as a poor persons mode of transport needs to be challenged for its full potential to be realized.

The purpose of the bicycle network is to offer users a complete door-to-door mode of transport that will compete with the private vehicle by connecting with popular origins and destinations in the city. However the network is also being envisioned as a mass transit feeder system, connecting with public transit interchanges. 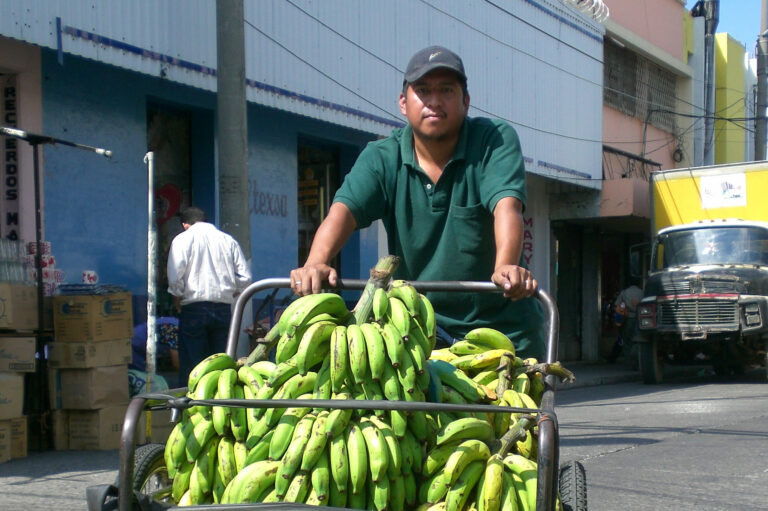 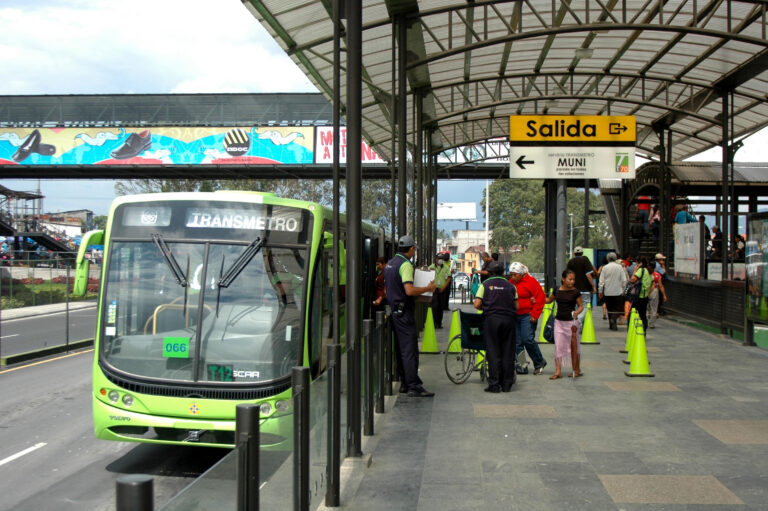 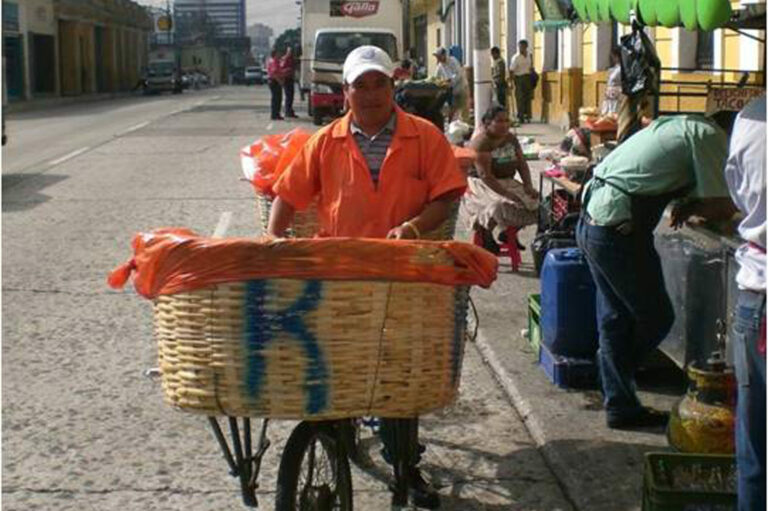 This project has already begun to show some positive results. The inclusion of a cycling track down the main avenue of the city (completed 2010) and the installation of bicycle parking facilities at municipality buildings were significant early milestones for the project. The continuation of the project’s construction with the “Corridor Central” – a 21km segregated cycling spine through the city’s main transit artery demonstrate the City’s commitment to the project and marks a significant success for local cycling advocacy groups long arguing for its construction. Further milestones to date have included the opening of a public bike rental scheme and dedicated cyclist track to connect the BRT system with the City’s biggest university also demonstrate the City’s commitment.

The inclusion of public cycling advocacy groups in the design process made visible the silent cycling movement in Guatemala City. This was notable in the 2012 election of Mayor Alvaro Arzu who used the theme of building a cycling city as a re-election theme of his campaign.

Design Without Borders and Cathal O’Meara have just been awarded the Irish Planning Institute – International Planning Award for the successful completion of this work.

For more details go to Cathal O’Meara and Norskform. Are you interested in other biking projects? Have a look at Milan’s Strade Aperte programme.