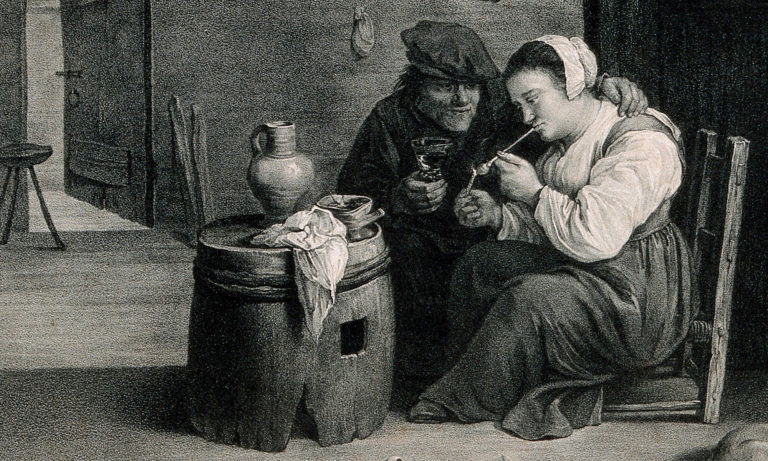 A ninteenth-century lithograph showing a man and a woman drinking and smoking in a tavern. Credit: Wellcome Collection (CC BY 4.0)

An international three-year project explored the impact of new intoxicants on urban public spaces in Europe between 1600 and 1850. Focusing on Amsterdam, Hamburg, London, and Stockholm, the online exhibition “Intoxicating Spaces” shows how intoxicants were assimilated into European behaviours, but also how they were produced, trafficked, and consumed. Read more about the exhibition here!

From 2019 to 2022, researchers from Germany, the UK, the Netherlands, and Sweden explored the impact of new intoxicants on urban public spaces between the years 1600 to 1850. The term new intoxicants refers to substances that before 1600 were unfamiliar to Europeans. But by 1850, they had become dietary staples across the continent. Tobacco and sugar are the best examples. They came to Europe from Atlantic imports from the 1620s. Coffee entered the continent from Arabia in the 1650s and by the 1720s had become a mass Atlantic and Asian import. Tea also counts as a new intoxicant. It was introduced in Northern Europe in the 1640s, similar to cocoa.

Opium, as well as other drugs, was also part of the new intoxicants during these centuries. It came from the Levant and later from Asia. By the second half of the 18th century, opium was an everyday commodity in Europe, present in public spaces and society. An online exhibition showcases the results of the research. Additional events such as online seminars entitled “What’s your poison”, online conferences on comparative perspectives, and national exhibitions completed the programme.

Intoxicating Spaces is a collaboration between the Carl von Ossietzky Universität Oldenburg in Germany; the University of Sheffield in the UK; Stockholm University in Sweden; and Utrecht University in the Netherlands. The project is funded by HERA as part of the Joint Research Programme “Public Spaces: Culture and Integration in Europe”, and by the German Federal Ministry for Education and Research (BMBF). 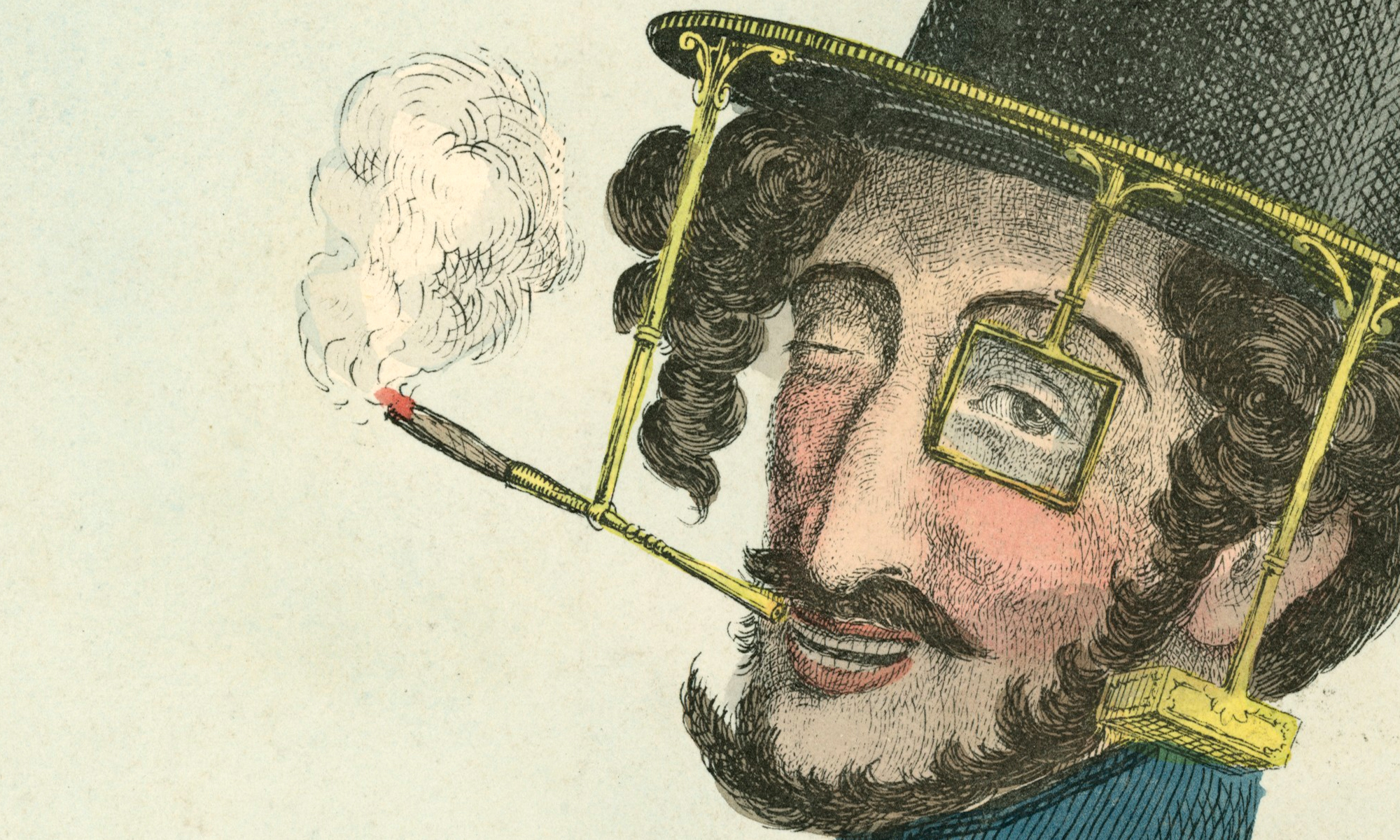 The researchers of Intoxicating Spaces looked at the influence new intoxicants had on four urban settlements between c.1600 and c.1850. Amsterdam, Hamburg, London, and Stockholm were all rapidly developing port cities that received the new intoxicants and their associated practices. They also served as distribution points to regional and national hinterlands of their countries. Together, these four countries were central to the formation of a North and Baltic Sea trading zone aiming for the Atlantic and Asia.

Urban spaces experienced drastic change in these centuries. They were heavily impacted by new intoxicants. Researchers looked at how the substances circulated in the metropole, what that meant for slavery, and what other varieties of colonial violence underpinned the international trafficking of intoxicants. 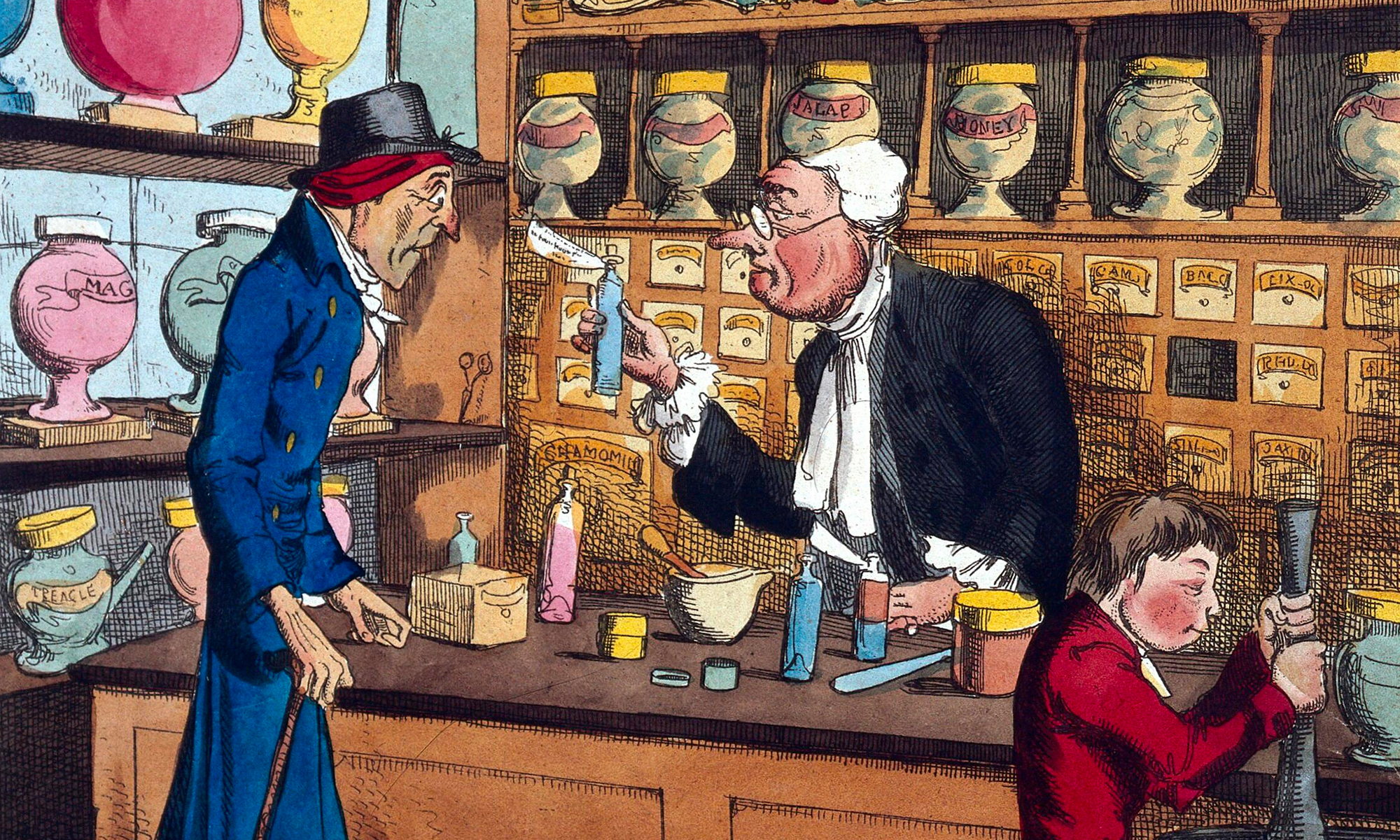 Public and private spaces adapted to allow the trade and consumption of intoxicants. Credit: Wellcome Collection (CC BY 4.0)

The key research interest of Intoxicating Spaces was a lens of social practice theory or praxeology. This tradition of social scientific analysis seeks to understand past and present human behaviour. Here, the focus is not on motives or societal structures, but rather on practices and shared ways of saying and doing things. These practices or routinised types of behaviour changed with the introduction of new intoxicants. They include purchasing sugar or sharing a pipe in a sailor’s tavern.

Each practice consists of elements such as materials, competences, and meanings. This helped the researchers analyse and communicate the changing impact of new intoxicants on Europe’s public spaces. They developed a typology of shared elements that enables comparison of the case study cities across time and space. The online exhibition gives many examples of the changing elements of public space.

The research project resulted in the following workshops and national exhibitions, which are availablae online and in-person:

Researchers hope to demonstrate that understanding these processes offers a vital historical perspective on urgent contemporary issues around drug use and abuse. Similarly, addiction, migration, inclusion and exclusion within public spaces, and the place of intoxicants in everyday life are topics. 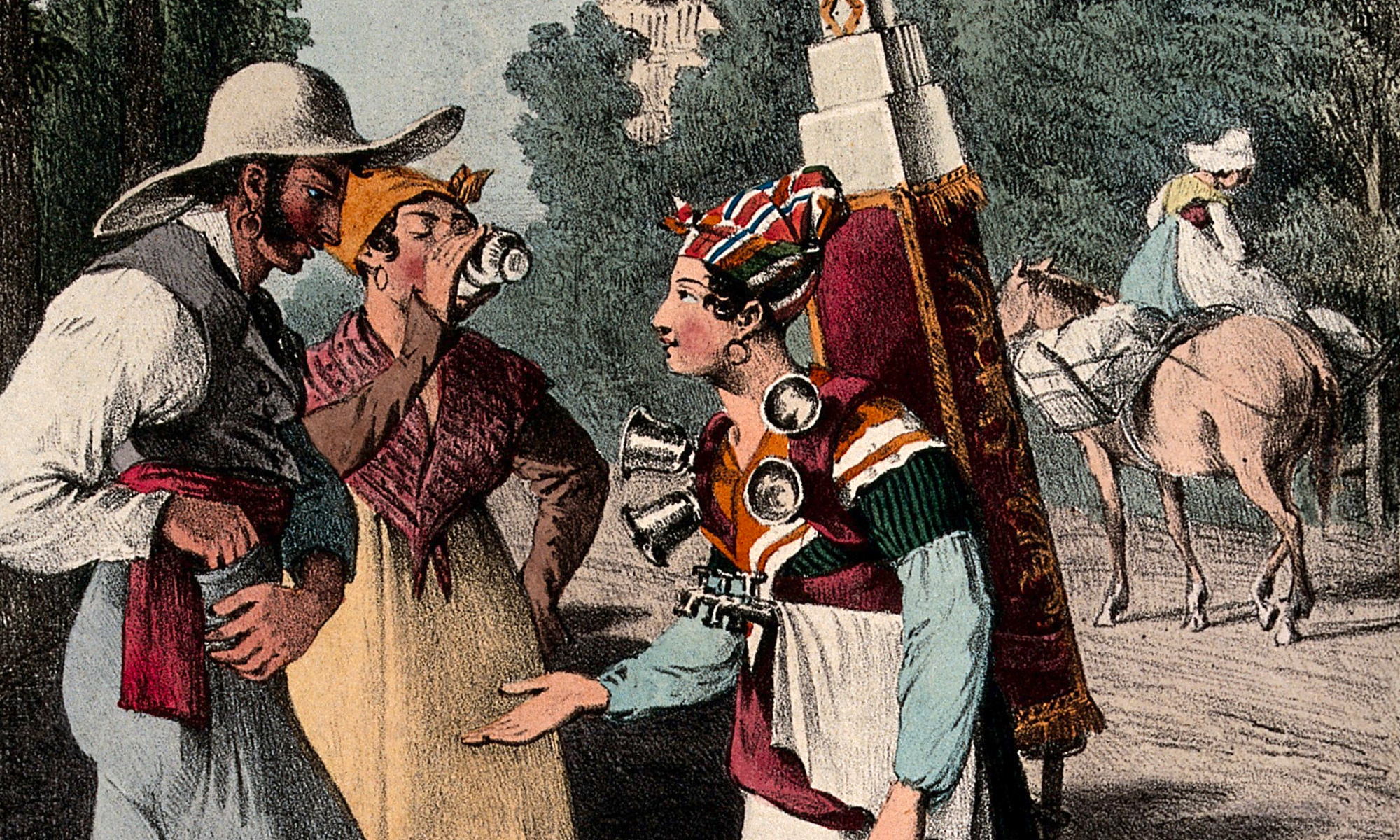 The exhibition also sheds light on the horrible influcence of demand for intoxicants on slavery. Credit: Wellcome Collection (CC BY 4.0)

While Europe experienced the new intoxicants as very pleasurable, the provenance of the substances was everything but: Intoxicating Spaces also investigates how the establishment of slave economies across the Atlantic enabled intoxicant trade. The researchers shed light on the violence and incivility of colonies, plantation, and life below decks.

In the period from 1600 to 1850, about 12.5 million black Africans suffered forced transportation by the Danish, Dutch, English, French, Portuguese, and Spanish empires. The slaves had to produce rice, cotton, cacao, coffee, tobacco, and sugar with its derivatives molasses and rum. In the “New World”, the tropical climate permitted the cultivation of the crops for new intoxicants on a massive scale. But free European migrants, servants, convicts, and Native Americans alone could not meet the intensive labour demands of plantations. Coerced labour from Africa was the response, with about a third of slaves working in the production and transport of new intoxicants.

The exhibition clarifies that “European consumers chasing highs were responsible for initiating and sustaining the almost unimaginable cruelties of plantation slavery: from the trauma of kidnapping and enslavement in Africa, to the terror of the Middle Passage, to the daily horrors of subjugation on estates, which combined long hours and backbreaking work in tropical conditions wit militaristic discipline and punishments that included whipping, branding, castration, ear-cropping, and amputation.” 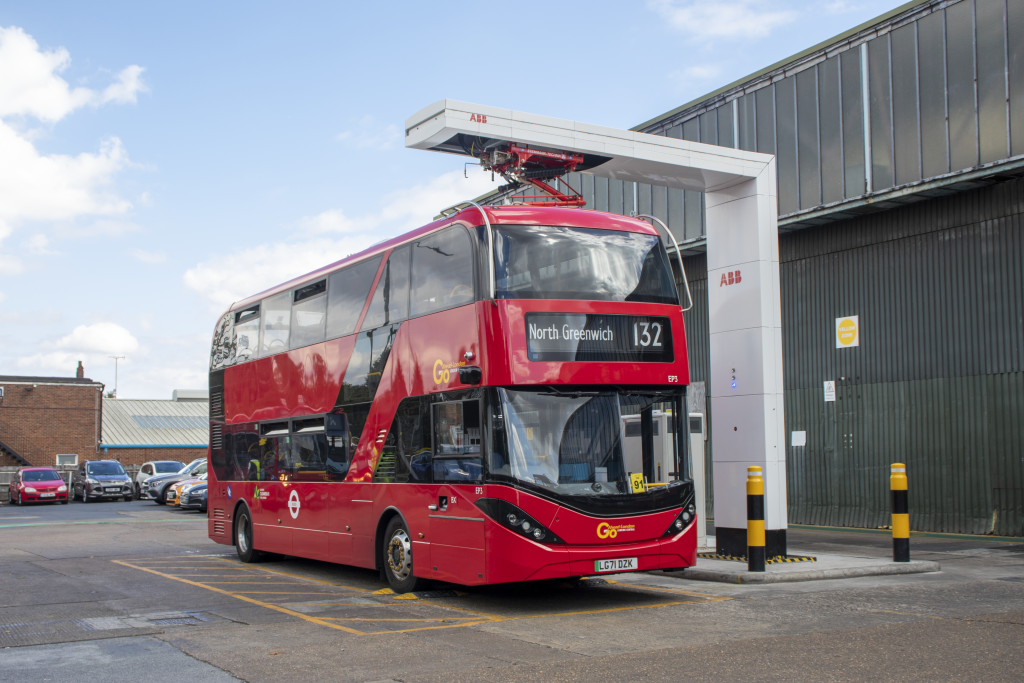 Two Finnish engineers have found a way to store energy from the wind and the sun in sand. They developed a sand battery that can dispense energy all year long by storing it in the form of heat. Read more about this technology here.