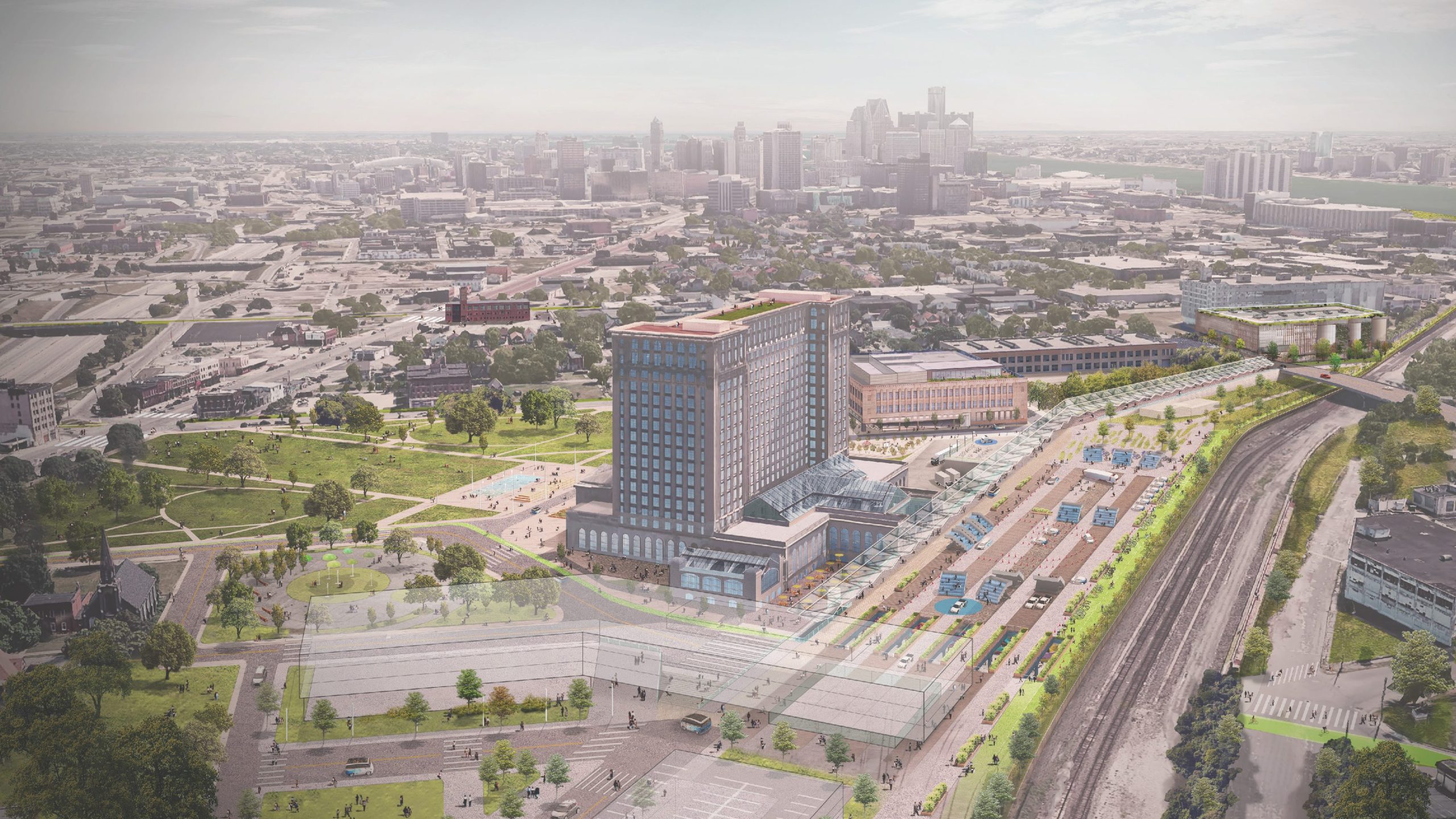 In early February, the Ford Motor company announced that the former Michigan Central Station will become the centrepiece of a new innovation district.

From an urban planning point of view, Detroit’s past has been nothing but easy. Now innovation is set to return. This February, state, local, and Ford Motor company officials announced that the former Michigan Central Station in Detroit will be the centrepiece of a new innovation district. Everything about the project here.

Detroit, Michigan’s largest and most populous city, is also known as the “Motor City” due to its ties to the auto industry. It describes itself as the birthplace of the automobile, which shaped the Ford company. However, in the past decades many companies abandoned Detroit, which also resulted in the closure of the New Michigan Central Station in 1988. 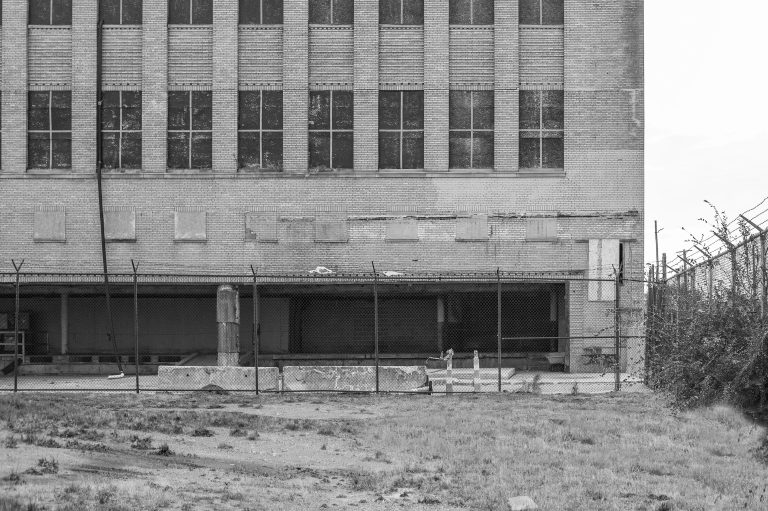 The Book Depository before ... (c) Gensler 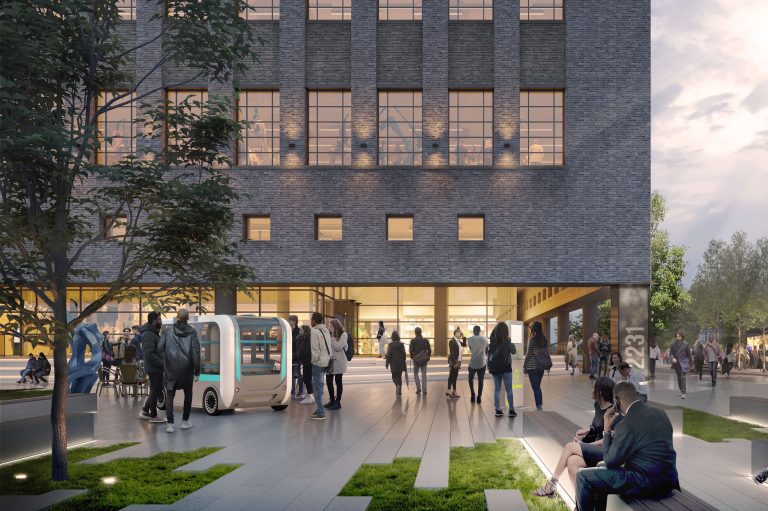 In early February, the Ford Motor Company released an announcement: The former train station will become the centrepiece of a new innovation district. This is a joint effort between the public sector and the car company. Other private-sector partners such as Google will also participate in the Michigan Central Innovation District.

Ford has been renovating the large train station since 2018, when it purchased Michigan Central Station. The company has now detailed plans to use the space as a company campus for some Ford employees. It will also be a larger hub for experiments with new mobility technologies.

The impressive Michigan Central Station has long been a symbol of Detroit’s decline and blight. The decaying building is now restored to maintain its historic charm. Work is expected to finish in late 2022 or early 2023. 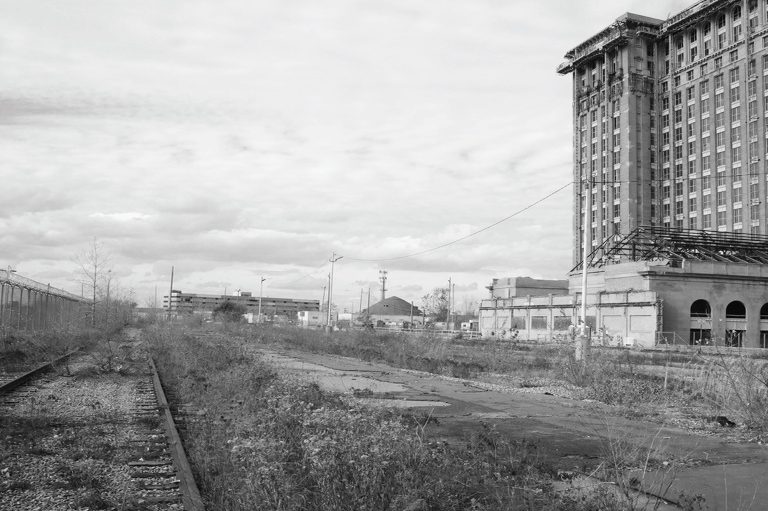 The Mobility Platform before ... (c) Practice for Architecture and Urbanism (PAU) 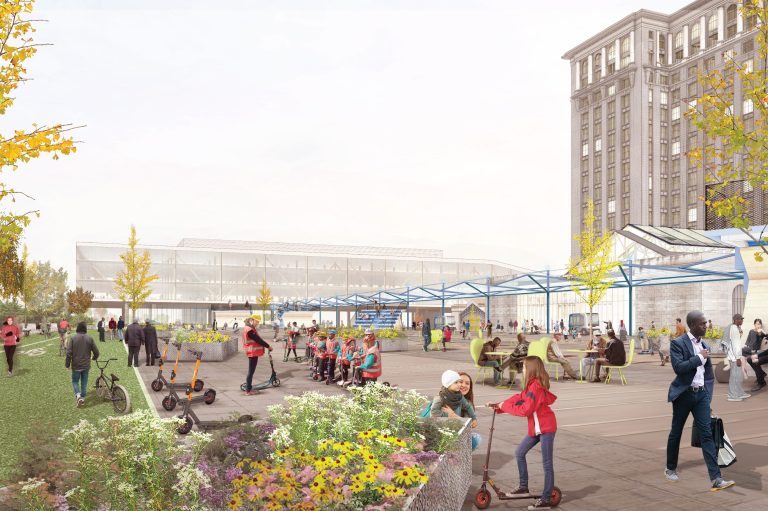 ... and after. (c) Practice for Architecture and Urbanism (PAU)

Ford’s Executive Chairman Bill Ford said that the New Michigan Central Station goes far beyond a company hub. He called it “the ultimate public-private partnership” since Ford could not do the renovation alone. Therefore, they decided on a campus where entrepreneurs from smaller and bigger, public, and private groups can come together.

The new innovation campus will be a “globally recognised hub for talent, mobility innovation, entrepreneurship, sustainability, affordable housing, small business opportunities, and community engagement”, according to a state press release. Measures such as economic and workforce development as well as community development in the surrounding Corktown neighbourhood accompany the project.

Ford intends to keep the main floor of the Michigan Central Station open so that anyone can see inside the building. Co-Urbanize tools for citizen participation involving the community help design the 30-acre walkable campus.

Michigan’s Governor Gretchen Whitmer said that the new Michigan Central Station campus will help to put the state front and centre in the race for new corporate and venture capital investments. Particularly so in the fast-changing transportation sector. “This new district will significantly impact the way that people move, as well as the way that goods and services move over the decades to come”, she explained.

In addition to Ford and Google, several state agencies will participate in the innovation district and its projects. Project participants expect up to 126 million US dollars of investments. This includes a collaboration with Ontario and with smaller companies that look to explore commercial drones and a public wireless electric vehicle charging system.

The city of Detroit is supporting the new Michigan Central Station by clearing the way for the transportation innovation zone and its experiment. Ford is hoping to attract several start-up companies. Currently, Google is the main partner company. The tech giant plans to use the space for job training programmes and for exploring new opportunities for mobility. 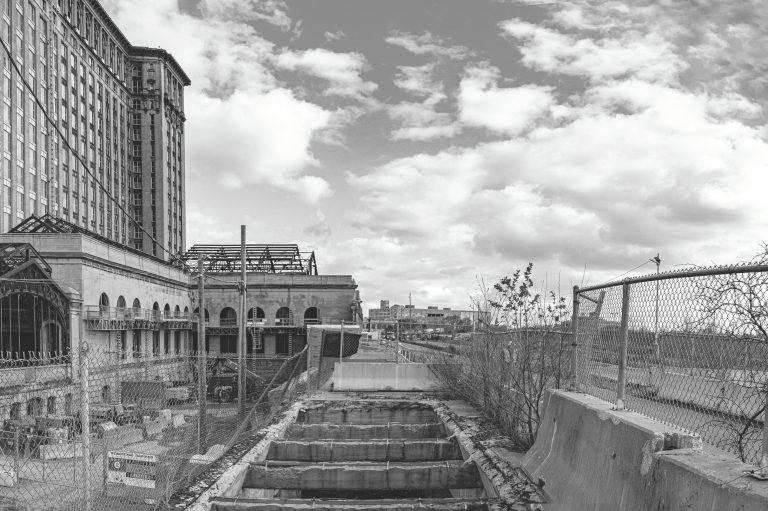 The Mobility Platform Access before ... (c) Practice for Architecture and Urbanism (PAU) 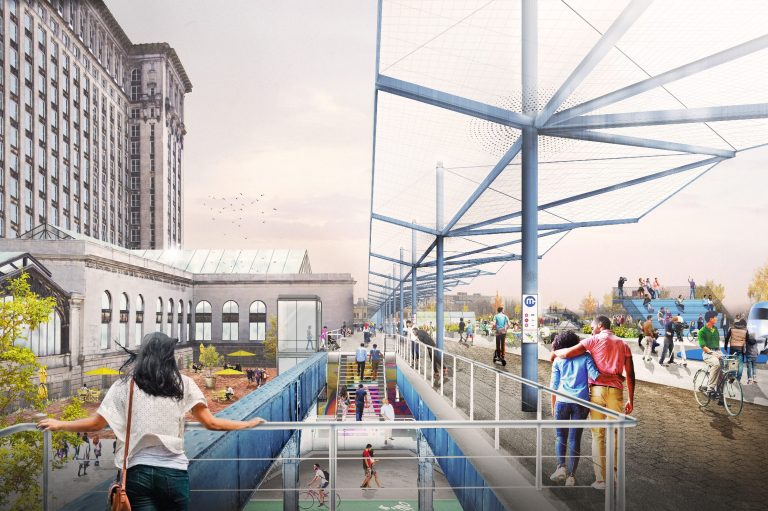 ... and after. (c) Practice for Architecture and Urbanism (PAU)

Michigan Central Station symbolises the rise and fall of the city like no other building, according to Dan Austin of HistoricDetroit.org. Opened in 1913, the train station and depot were a representative, “magnificent” central building in Detroit. It ran at full capacity for many decades. In the 1960s, the private automobile caused a decrease in train travel. This led to troubles for the station. The last passenger train left the station in 1987 and the train depot closed in 1988.

Since 1994, city building inspectors recommended Michigan Central Station to be developed. However, plans by American billionaire Manuel Moroun to restore the station as an international trade and customs centre stopped that plan. However, this project never happened. Other ideas included the renovation of the station into Detroit’s police headquarters and restaurants, a casino, and a hotel/office complex. None of them materialised.

The Moroun family continued to own the main building but did not invest in preserving or renovating it. Therefore, Michigan’s Central Station sat in decline until 2018, when Ford purchased the building.

… and new hope in Detroit

Many see the restoration of Michigan Central Station by none other than Ford as a bold statement about the city’s future. Finding the necessary funds and the political will to resuscitate the station posed a big challenge.

Ford has promised to work with and in the community. Thus Michigan Central Station can prioritise the needs of residents and businesses.

Also interesting: Helsinki train station is to get a rebrush. Snøhetta convinced the jury with their design “Klyyga”. 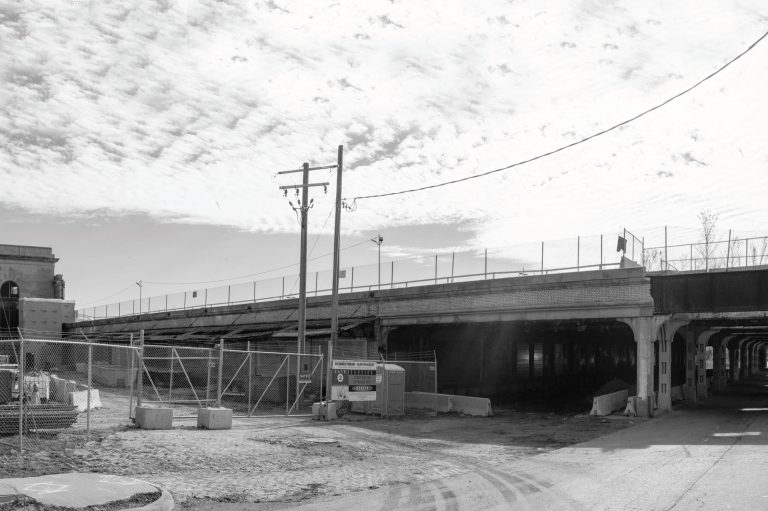 The Vernor Plaza before ... (c) Practice for Architecture and Urbanism (PAU) 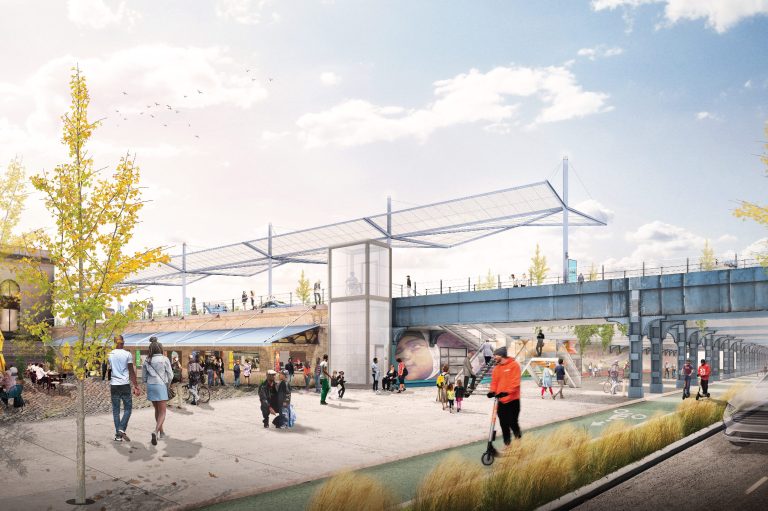 ... and after. Practice for Architecture and Urbanism (PAU) 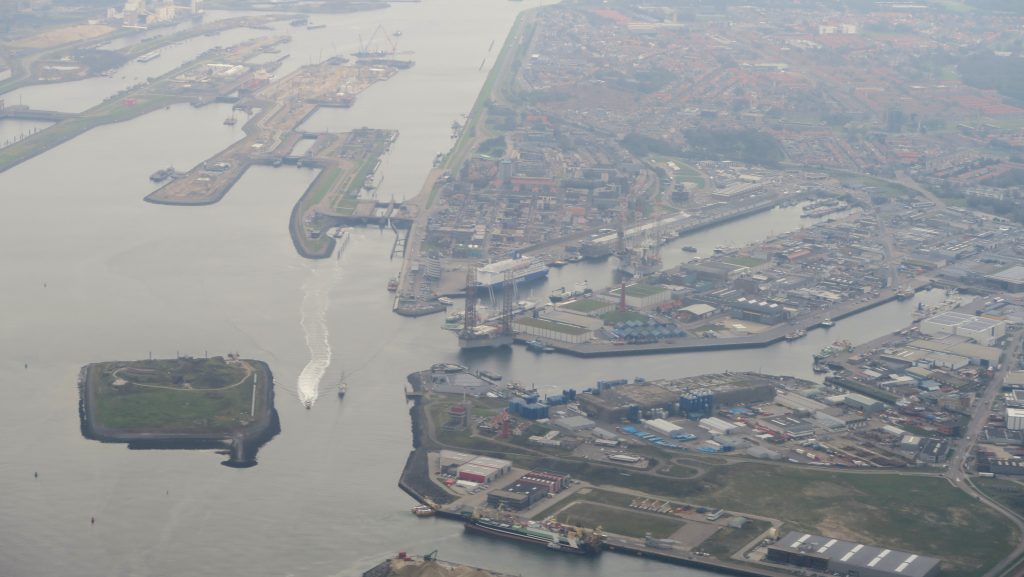 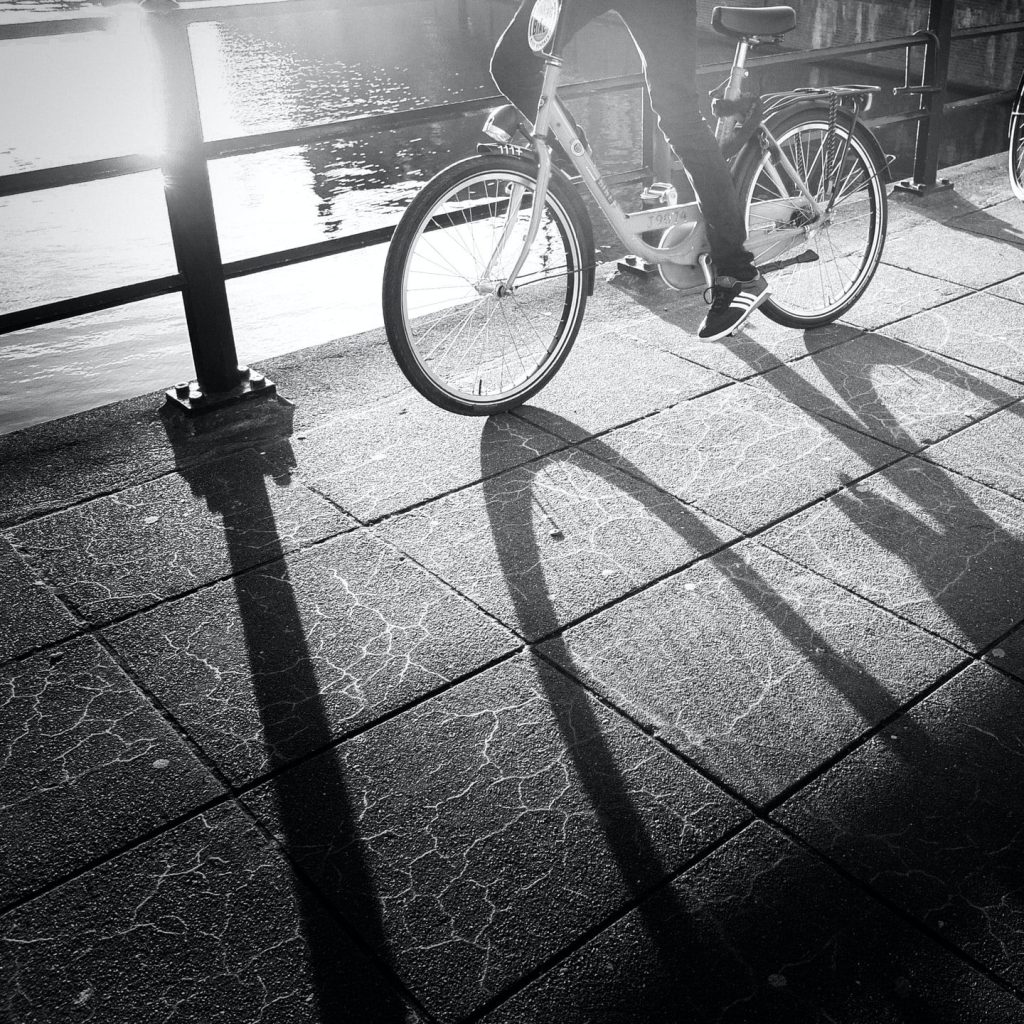