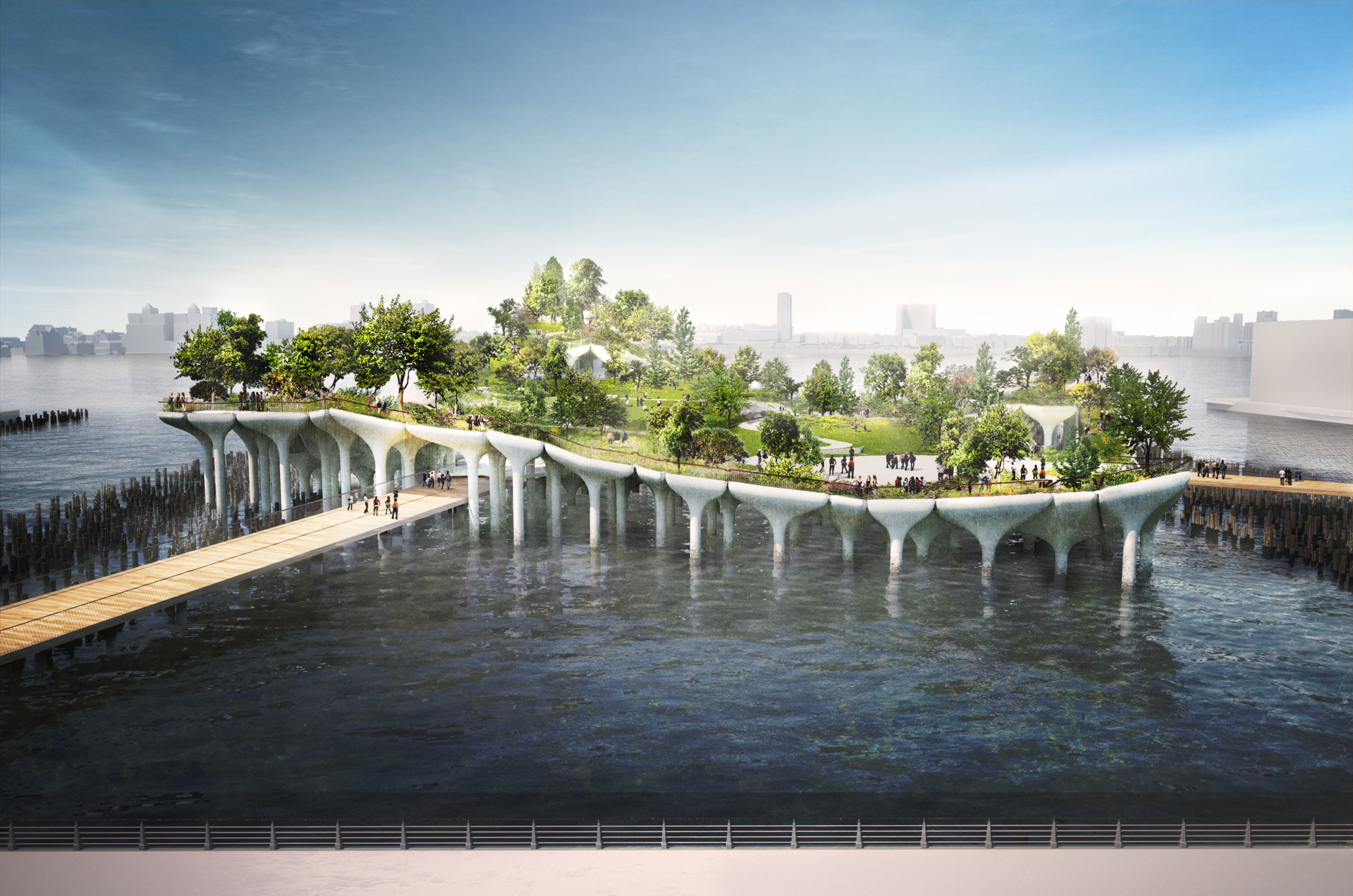 The new Pier 55 by Heatherwick Studio will start construction this summer. The project is mainly privately funded by Barry Diller and Diane von Furstenberg.

The new Pier 55 will start construction in summer 2016.

Soon the Hudson River Park in New York City will have a new attraction: The U.S. Army agreed to the plans for the new Pier 55. This paves the way for the transformation of former pier 54 into 2,7 acres of public park and event space.

The project has already been announced in November 2014. It is a partnership between the Hudson River Park Trust and Pier 55 Inc., a non-profit organization by The Diller – von Furstenberg Family Foundation. The couple behind the foundation is media mogul Barry Diller and fashion designer Diane von Furstenberg, who made the wrap dress famous. They support the Pier with an estimated 113 million US-Dollars, the major part of the construction costs. Pier 55 Inc. will also organize the events once the project is finished.

Thomas Heatherwick and Signe Nielsen designed the new Pier. Two walkways will connect the platform in the Hudson River to the shoreline. The landscape on this island will be a rolling hill with meandering pathways and different viewing platforms. Additionally to the park, there will be 700-seat open-air venue for exhibitions, performances and public art. The public will have access to the Pier 55 all-year-round.

The project has a broad support from residents, park advocates and arts and cultural organizations. The only major opponent was the City Club of New York that tried to stop the plans. Their lawsuit was dismissed at the beginning of April. “Hudson River Park Trust and Barry Diller have envisioned and planned another jewel in the crown for New York City. The Army Corps made the right decision giving this project the thumbs up; now let’s get to work,” said US-Senator Chuck Schumer. The construction will start this summer and should be completed by 2019.

Heatherwick Studio is also responsible for the controversial Garden Bridge in London, that will also begin construction this summer.