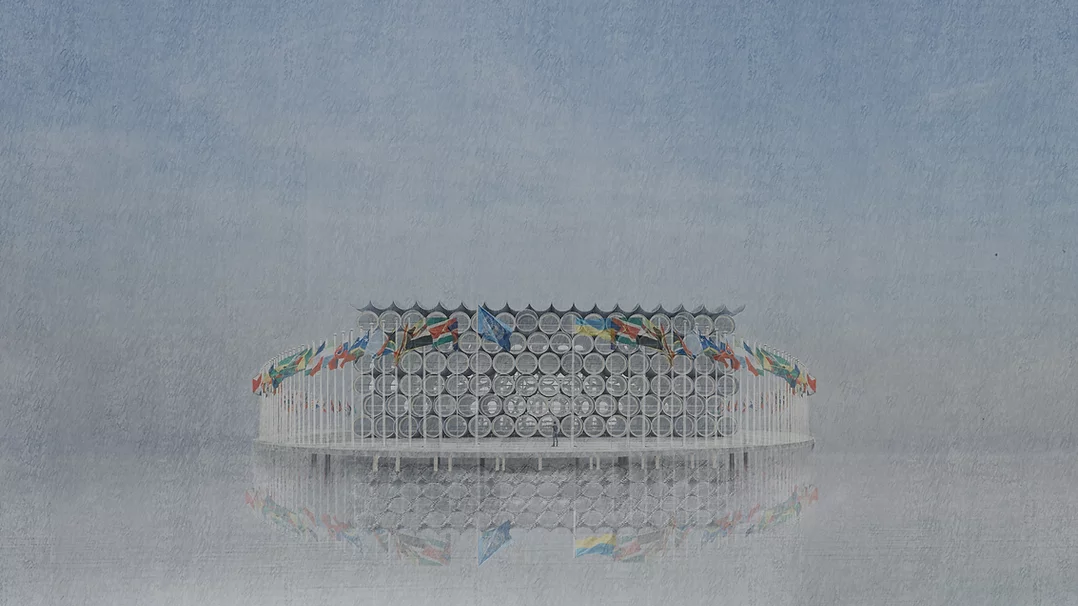 In light of the Ukraine war, Munich-based architect Benedikt Hartl has an alternative proposal for using the pipes of the gas pipeline Nord Stream 2.

All Images: Opposite Office, Benedikt Hartl

In the wake of the Ukraine war, the Nord Stream 2 Baltic Sea gas pipeline is unlikely to go into operation. Munich-based architect Benedikt Hartl has an alternative proposal for using the pipes. You can see what it looks like here.

In September 2021, the controversial Nord Stream 2 Baltic gas pipeline was completed, but it has not yet been put into operation. With Vladimir Putin’s war in Ukraine, the German government halted certification of Nord Stream 2, which means the project remains on hold. Now the question is what will happen to the pipeline. 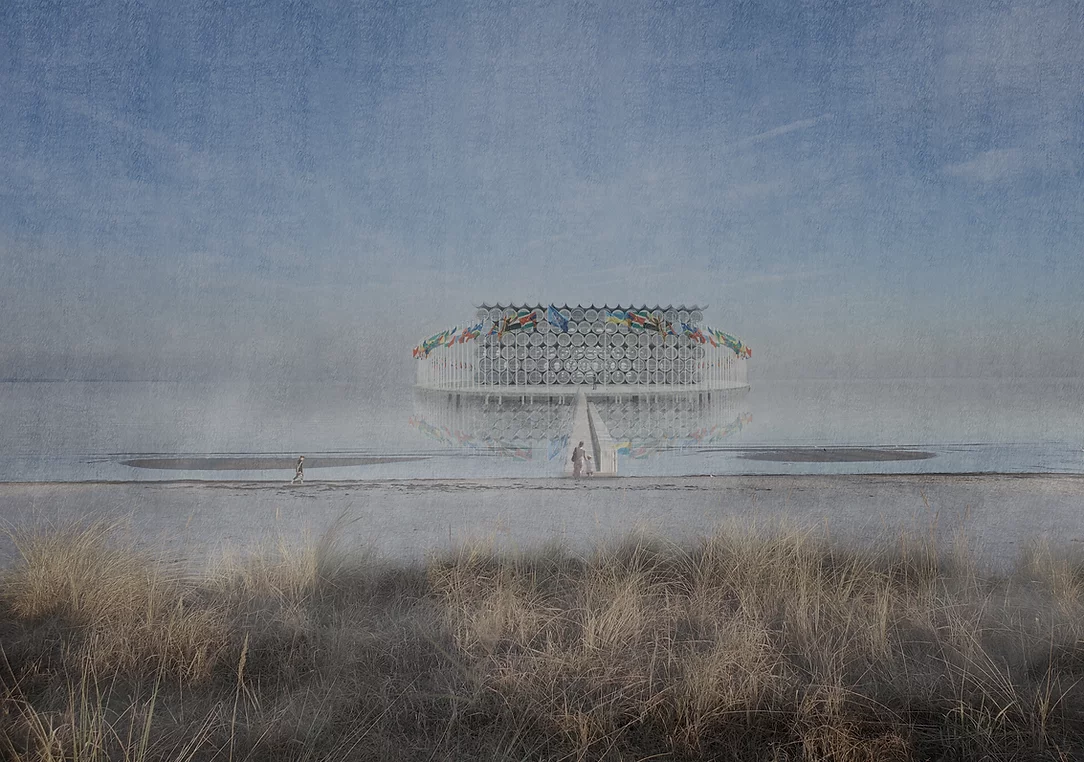 Munich-based architect Benedikt Hartl has a creative proposal for using the pipes that have sunk to the bottom of the sea: He wants to bring them to the surface and use them to construct a building in the Baltic Sea. As he told the Ostsee-Zeitung, it should be an “act of international understanding and a sign of peace.” 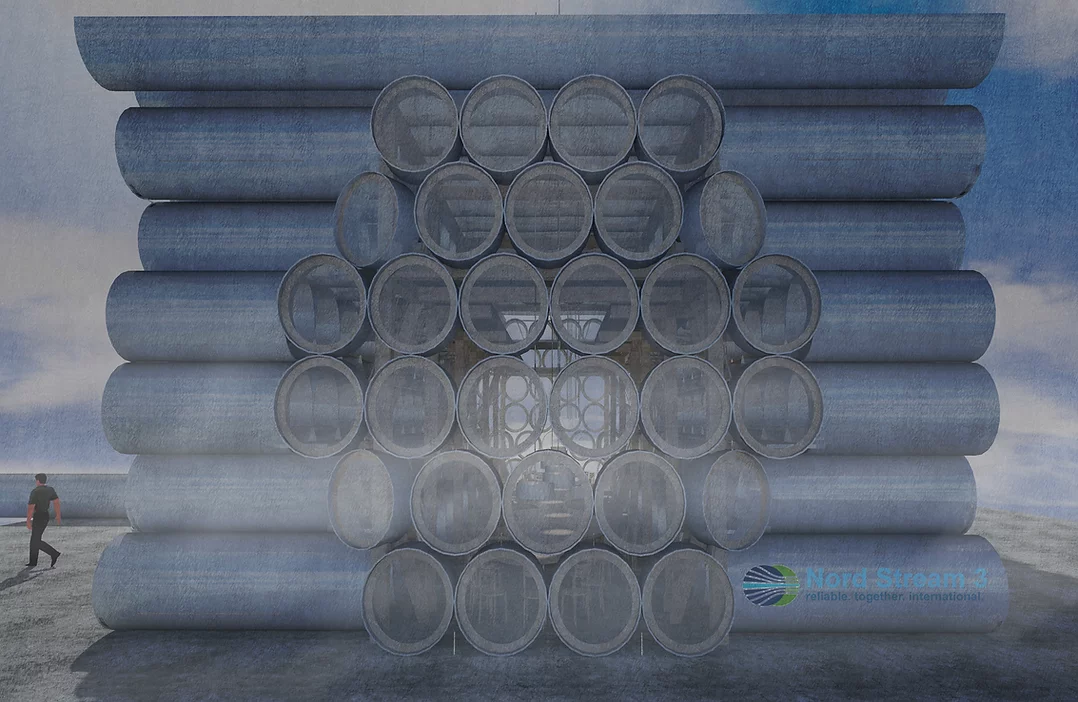 To do this, the 400-meter-long pipeline pipes would have to be dug out of the Baltic Sea and cut into smaller segments. This would create a building with five floors and 194 sleeping bunks, which, according to Benedikt Hartl’s “Nord Stream 3” proposal, would be randomly raffled off to people worldwide every month. In the process, each state would occupy one bunk. During a month-long, free stay in the tube, people could meet, engage in exchange, and break down prejudices.

Hartl has already created architectural designs for the project. The actual implementation is not very realistic, but his idea is triggering relevant discussions. 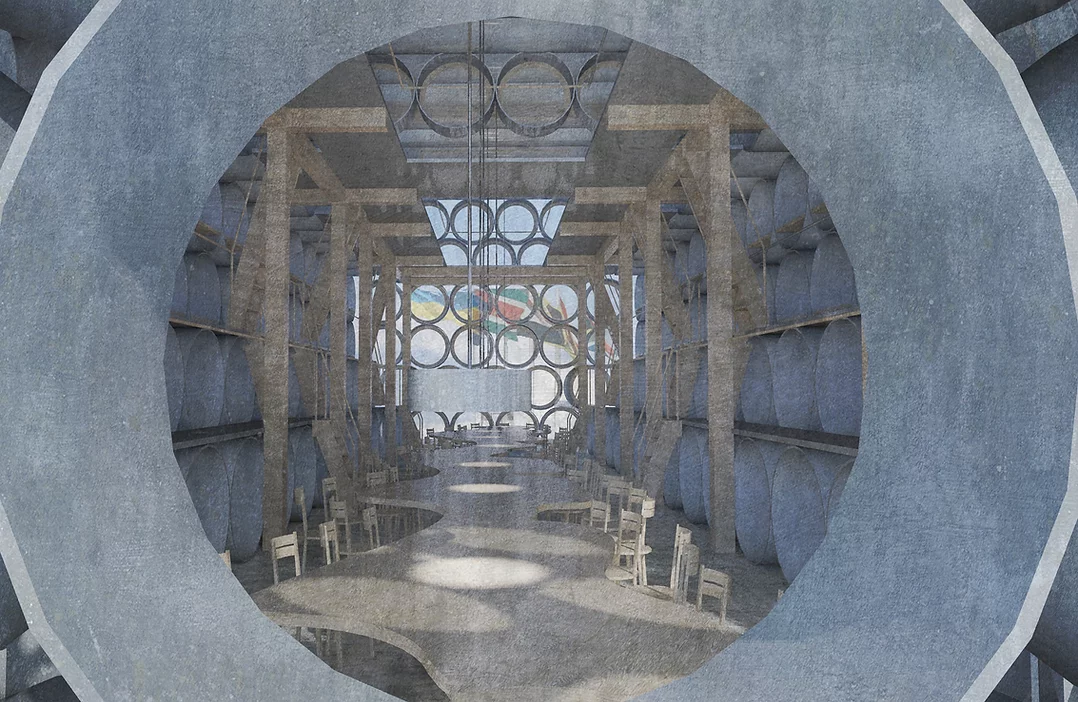 Other visions of Benedikt Hartl

This is not the first radical proposal by the Munich-based architect: Benedikt Hartl, 35, has already earned an international reputation for his unrealistic designs. This always comes with a great deal of admiration: As a result, the architect’s ideas are discussed more often and more loudly than many of his colleagues’ real buildings. 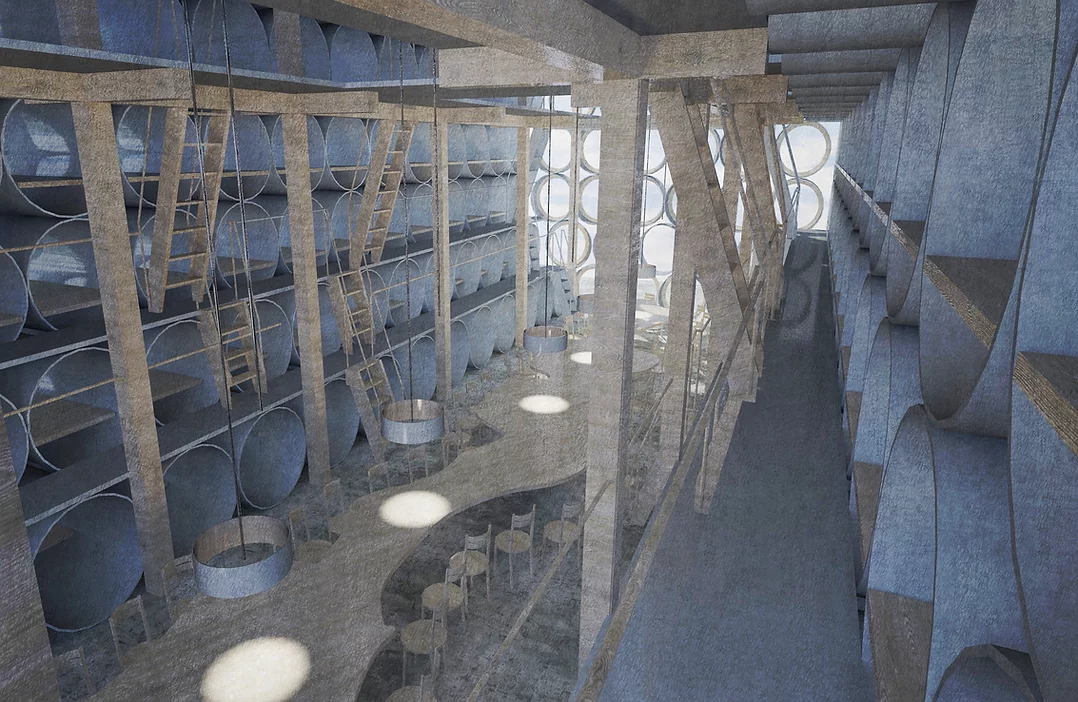 For example, in April 2020, Hartl suggested that Berlin’s new airport could be transformed into a Super Corona hospital. And the run on the U.S. Capitol prompted him to propose turning the building into a dark fortress.

Benedikt Hartl is without question an expert on utopian – and dystopian – building transformation. His architectural practice is called “Opposite Office” and often reacts to current political and socio-economic developments within a few days.

Regarding his “Nord Stream 3” idea, Hartl said he can’t imagine the pipeline being used in the next few years. Therefore, he would like to use the opportunity to break dependence on gas altogether – after all, he said, the current situation acutely shows how dependent Europe is on Russia. Instead, he, like many others, is calling for a shift toward more renewable energy.

The future of Nord Stream 2

Nord Stream 2 is a 1,230-kilometer double-strand pipeline that runs from Vyborg in western Russia to the Mecklenburg town of Lubmin near Greifswald. Both strings have been filled with technical gas since December 2021 and can deliver 55 billion cubic meters of gas per year to Germany. This would double the amount of gas Germany receives from Russia.

Construction of Nord Stream 2 began in 2018, with construction costs to date totalling more than 10 billion euros. The pipeline should help lower energy prices in Europe. It still lacked certification from Germany and the European Union for commissioning, and as of February 2022, no certification is expected for the time being.

Russia’s former president and vice chairman of the Russian Security Council, Dmitry Medvedev, threatened that without Nord Stream 2, gas prices in Europe could be expected to double. Putin, on the other hand, promised that Russia will not interrupt its gas supply lines. The dominant hope in the Kremlin is that the Nord Stream 2 delay is only temporary.

Germany gets about half of its gas supply from Russia. The new pipeline for natural gas was supposed to diversify energy supplies in Germany and in Europe. At the same time, there have been concerns for years that Nord Stream 2 could intensify energy dependence on Russia.

You can read here about what we need to do, according to McKinsey, to reach net zero greenhouse gas emissions. 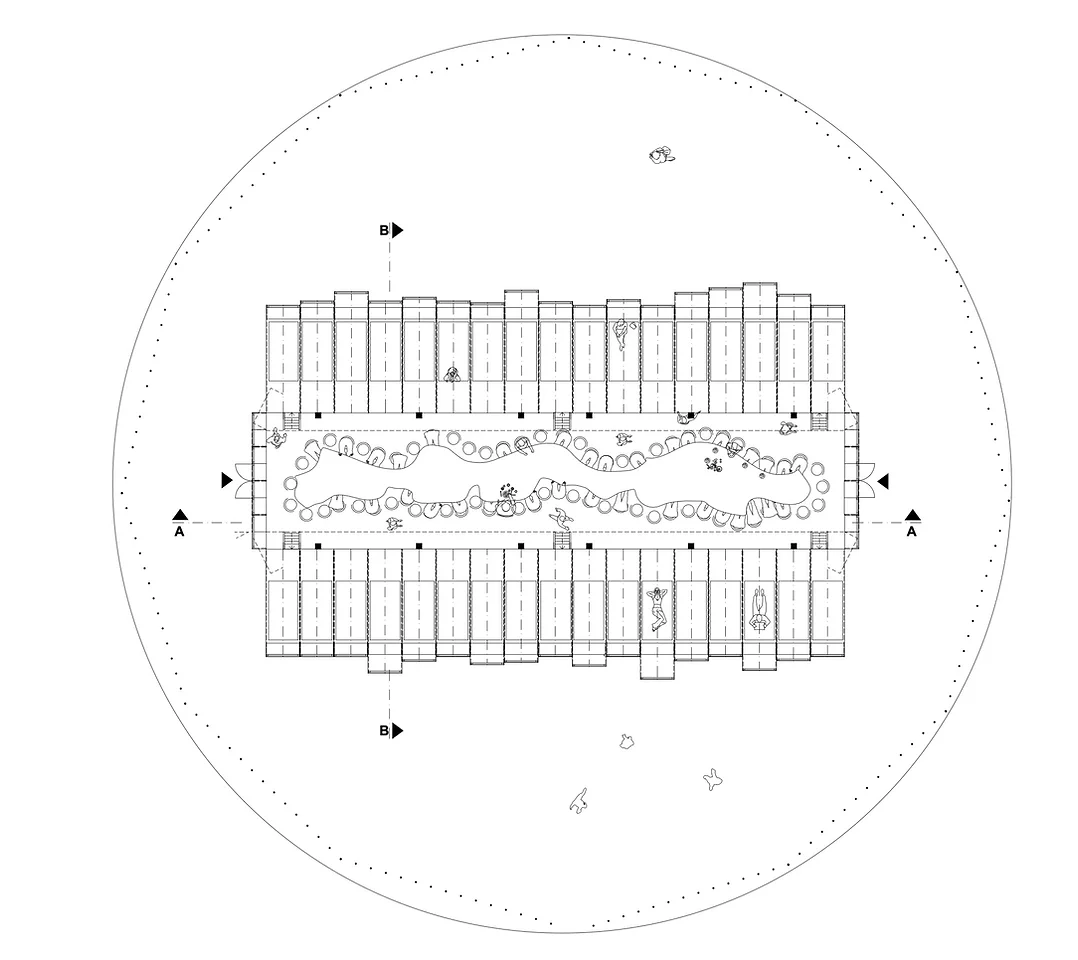 According to Marcel Dirsus, a fellow at Kiel University’s Institute for Security Policy, the decision to continue not to certify Nord Stream 2 represents a major shift in Germany’s foreign policy. This decision will affect both German energy security and Berlin’s position vis-à-vis Moscow. It shows that Germany is willing to sanction Russia.

The international reaction to Olaf Scholz’s announcement was positive. Both the U.S. and Ukraine praised this moral, political, and practical leadership as a step in the right direction in difficult times. Originally, Nord Stream 2 was scheduled to open in mid-2022, after Russian gas giant Gazprom would have established itself as a legal entity in Germany accordingly. But that process has now been halted indefinitely.

Even without Nord Stream 2, gas supplies in Germany are secure. The parallel Nord Stream 1 pipeline has been in operation since 2011. However, gas prices are now expected to rise further soon.

All Images: Opposite Office, Benedikt Hartl 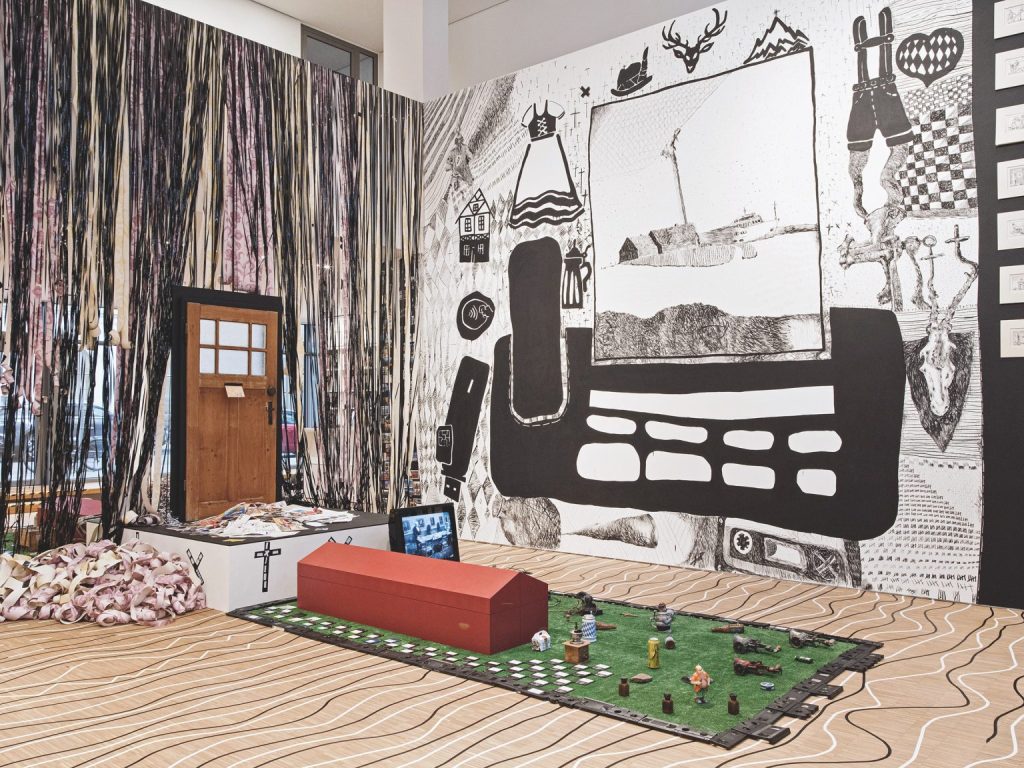 Big Air Shougang, a slope for the Olympic Games

MVRDV The Podium in Rotterdam

MVRDV’s new temporary venue in Rotterdam: from 1 June to 17 August, the event space will be accessible at a height of 29 metres with 143 pink steps. All about MVRDV’s latest design “The Podium” here.

The new project "The Podium" by MVRDV (Photo: MVRDV)