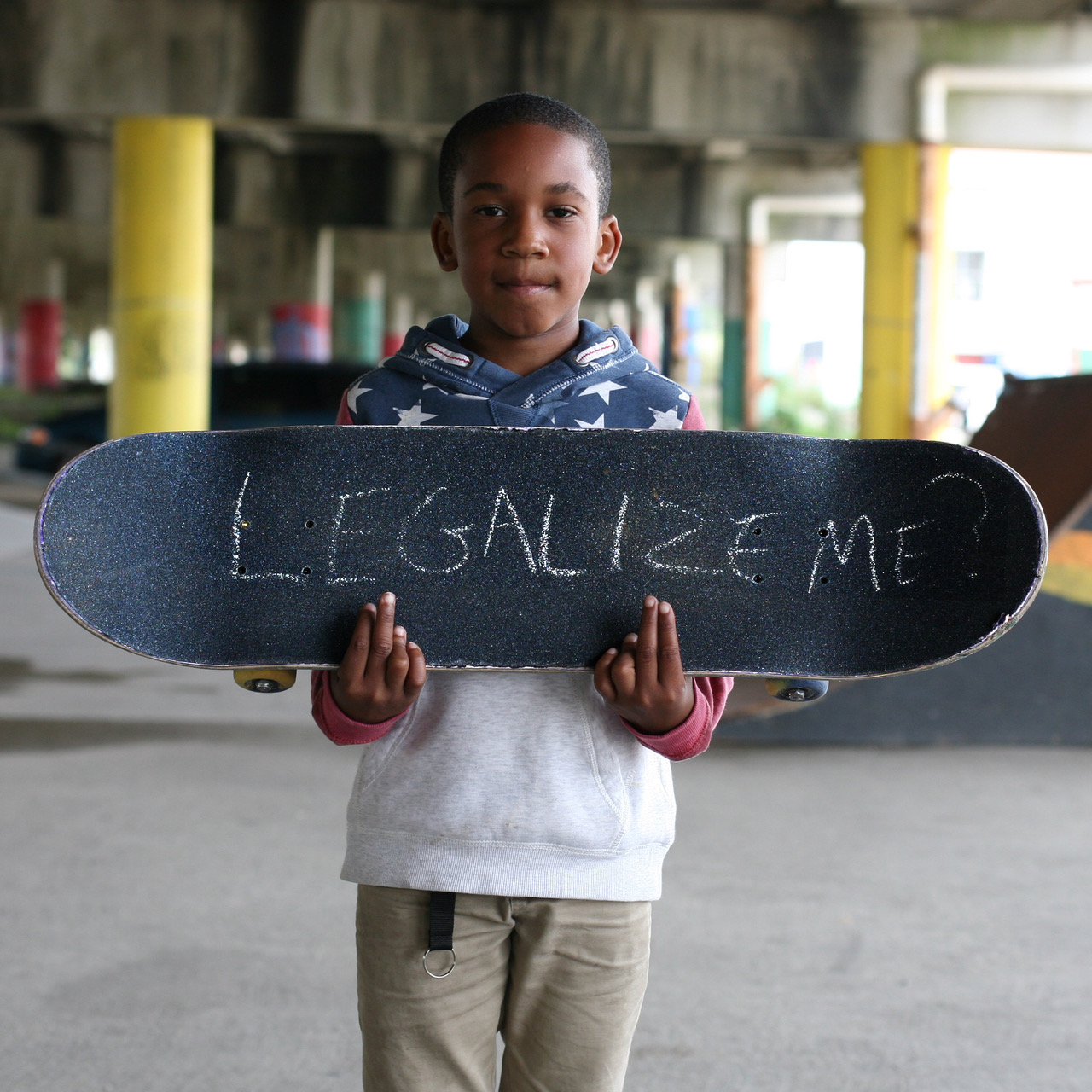 The City of New Orleans needed a group of free spirits to build its first skatepark illegally before acknowledging it as an official public space.

After two years Parasite Skatepark was legalized by the City of New Orleans (Picture: Todd Taylor)

Skateparks – places of recreation for us as planners. Places of self-expression for the skaters. In any case: indispensable for modern cities. Only the City of New Orleans needed a group of free spirits to build its first skatepark illegally before acknowledging it as an official public space. Since 2015 the Parasite Skatepark has been the official – and legal – public skatepark of NO.

Not only in the US, but worldwide, skateboarding has been a famous action sport since the 1970s. Until today pro skaters such as Tony Hawk, Bob Burnquist and Co. attract the attention of thousands of young people with their kickflips and ollies. Nowadays every big city in the US has its own public skateboard park. Every big city except New Orleans – at least until last year. Here is the reason: First, it needed a group of free skating spirits to build its first skatepark illegally before the City of New Orleans acknowledged it as an official public space.

None other than the city’s favorite child, the rapper Lil Wayne, planned to create the first public skatepark in New Orleans. After Hurricane Katrina hit in 2005, the celebrity built a skatepark in the Lower Ninth Ward, which was the area most severely hit by the storm. Officially, it was a measure of revitalization. There was a grand opening, but afterwards the doors stayed closed. Some adults broke in to skate, but it was never really opened. Five miles further north, near the City Park, a group of ten young skaters were tired of waiting for a good place to skate. They started to build their own ramps near a railroad track.

The first skatepark, illegally built on the grounds of a private railroad company, survived for three years. But then the bulldozers came and destroyed every handmade ramp. The skaters were devastated, but they chose to rebuild the park. This time they wanted to do it right – or better: only illegally in the beginning. In 2013, they decided to put up the skatepark next to 1606 Pleasure Street, but under a highway bridge, which was land owned by the federal government and they began to participate in official community meetings. They nearly finished to build the first ramp until representatives of the City of New Orleans told them to stop. The discussions between municipality and skaters started. 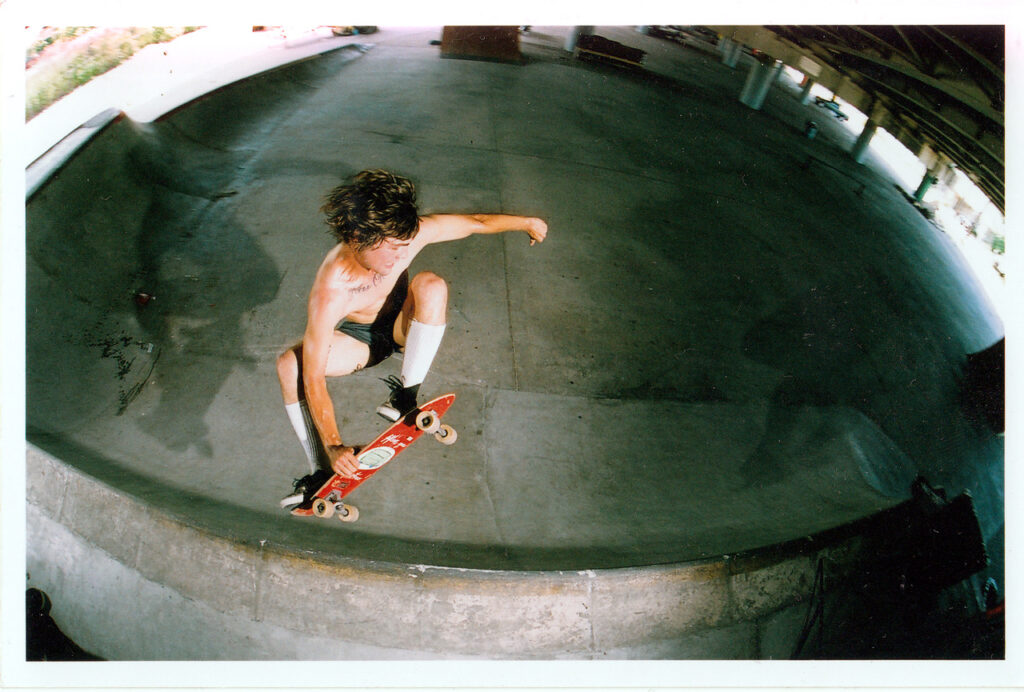 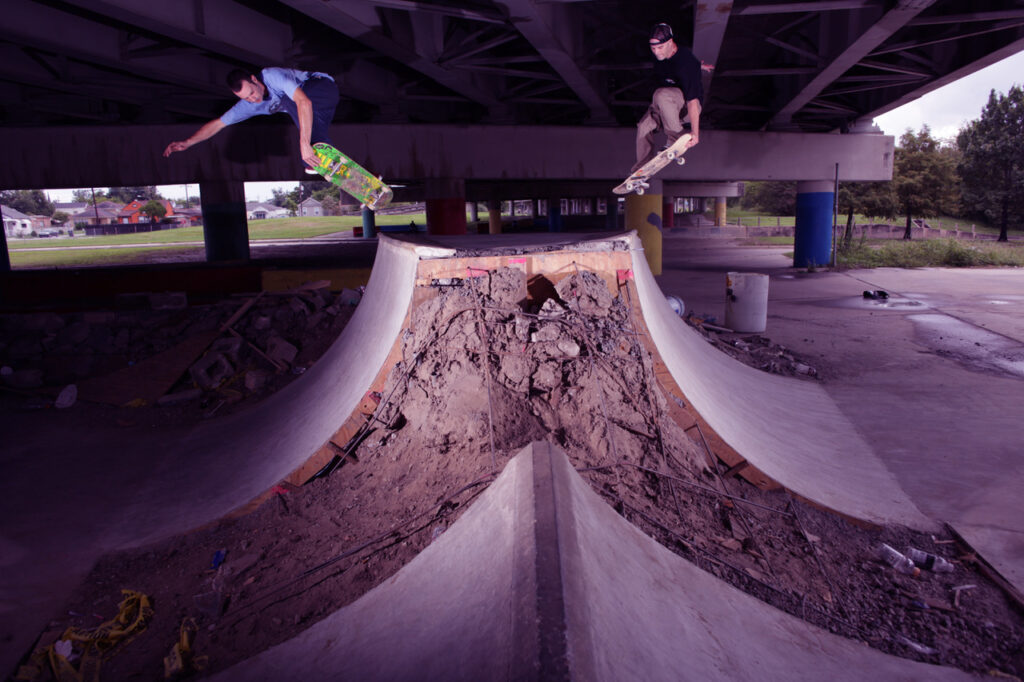 Until the company Red Bull presented some promotion ramps as a gift to the City of New Orleans, the municipality tried to stop the building of the skatepark. Red Bull put some pressure on the municipality to use these ramps and as a result the City of New Orleans started to cooperate with the skaters. What followed where mainly problems of bureaucracy and money. The area for the planned skatepark was not owned by the municipality. It first had to be rented from the federal government. Moreover, the skaters had to follow official rules and guidelines to build the park – they taught themselves. But the main problem was the money to finance the project. So the skaters used Kickstarter to collect the money which was necessary and the final sum exceeded all expectations.

The skaters won, the Parasite Skatepark was built and officially opened in 2015. Even the mayor joined the party. Since then, skaters from all parts of the city, come and enjoy their public – and now legal – skatepark. Every day of the week, every time of day, there are some young Tonys and Bobs shredding around. The skatepark is not only a symbol of civil commitment, it is also an example of the difficulties between civic-administrative-cooperation and how to overcome them. And even though the neighborhood is not that delighted about the new place of recreation, against all odds, the skaters were able to build a new place for their own “social group”. And even Lil Wayne came along last month to donate some wooden ramps.

The skateboard crew of Parasite Skatepark put their story on tape – here is the video: 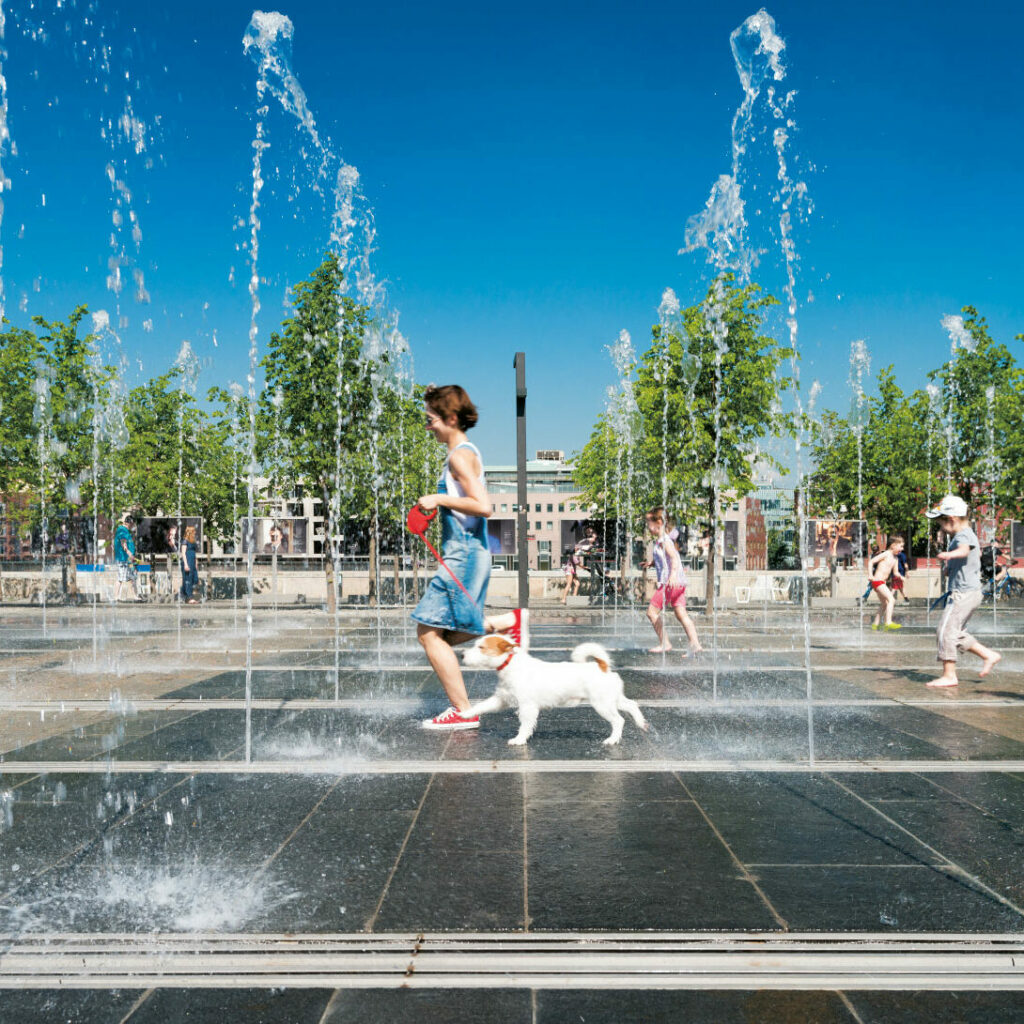 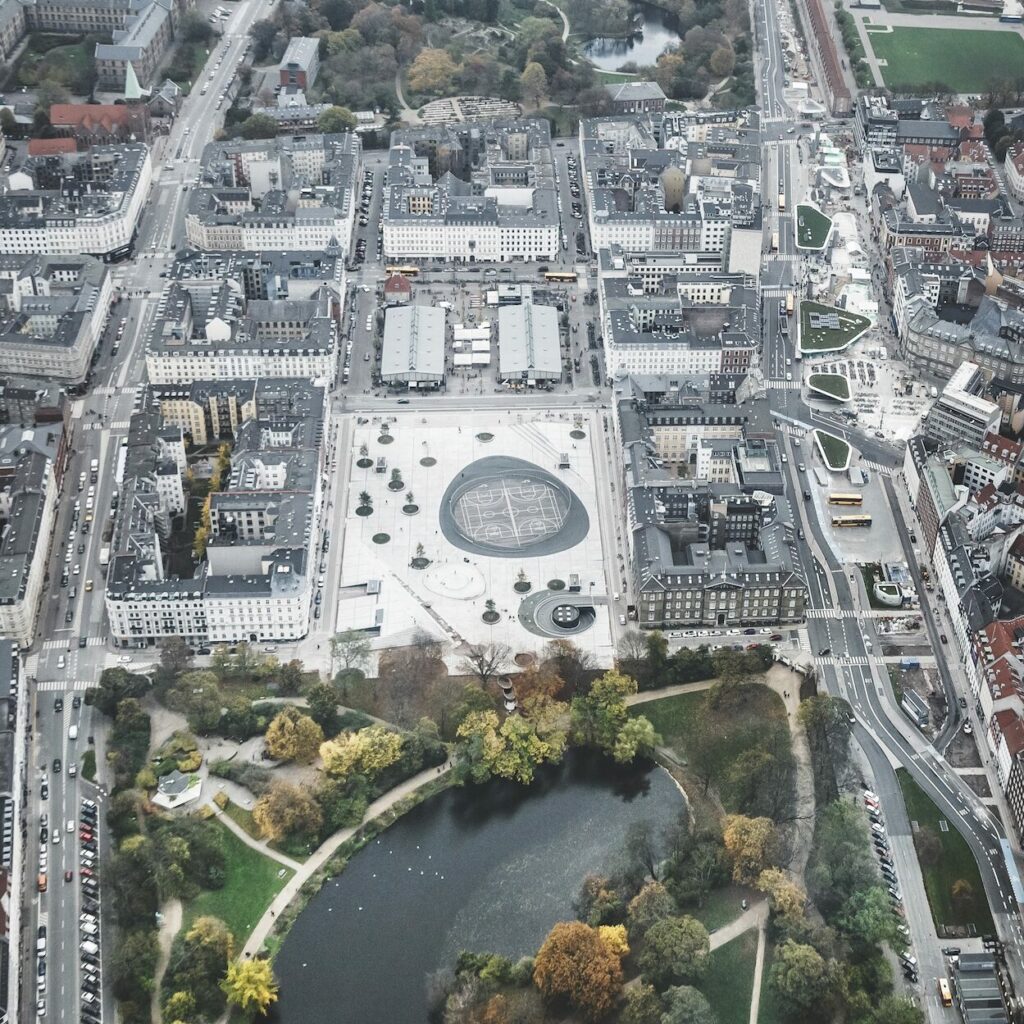 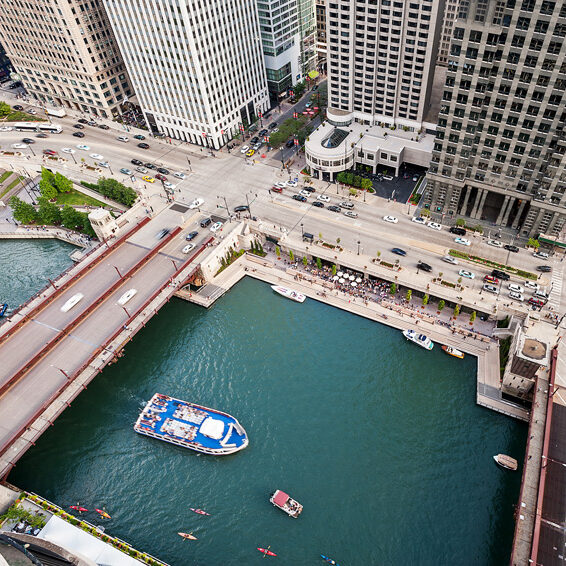 The Lower Ninth Ward in New Orleans is still recovering from Hurricane Katrina and Rita. A foundation by Brad Pitt and Frank Gehry redeveloped the area. Is it working?

The Lower Ninth - district of fallow lands. Before 2005 there was none. Photos: Theresa Ramisch