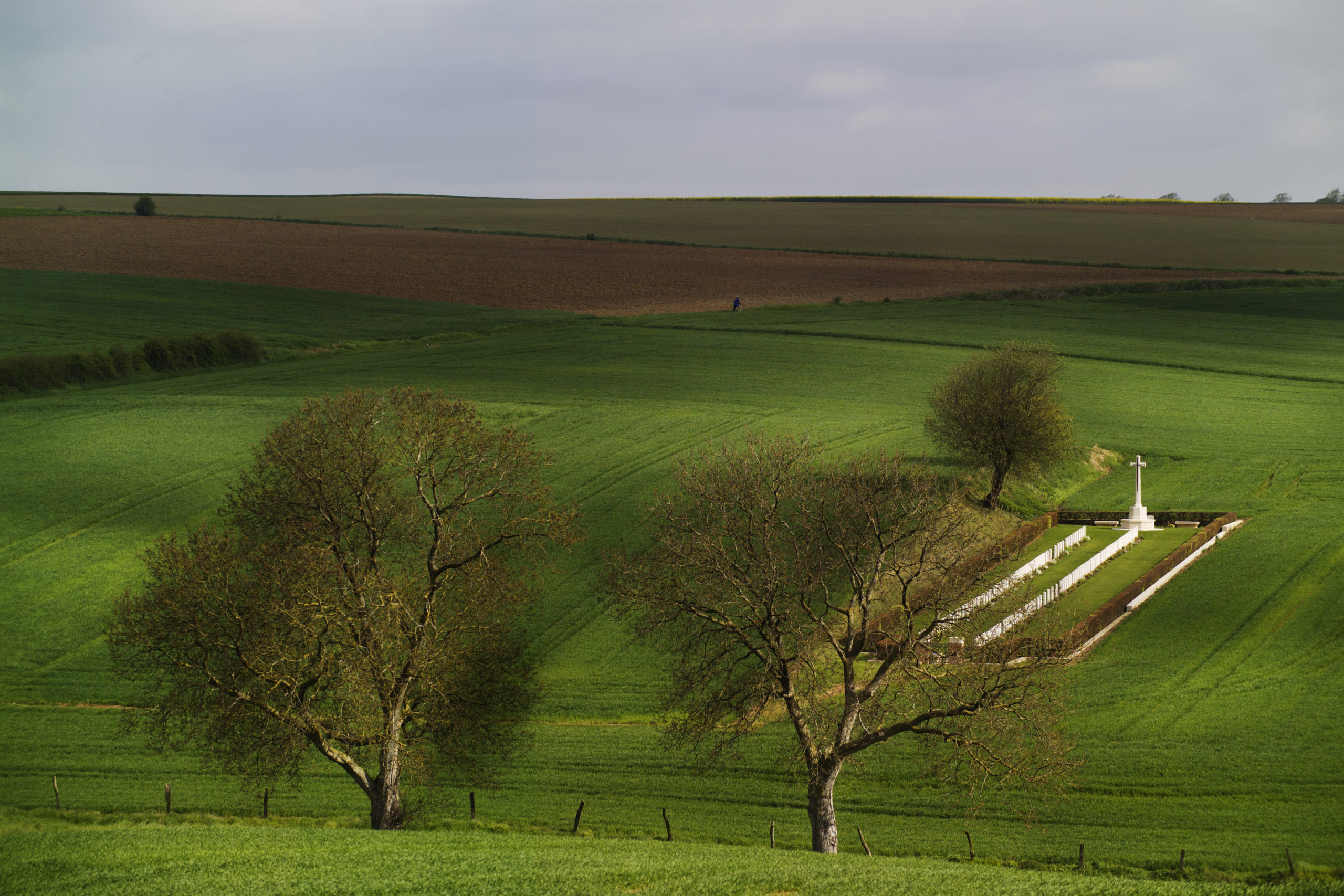 Michael St Maur Sheil has been visiting the battlefields of the First World War. On his excursions he has discovered landscapes of great beauty that still show the scars of war.

Photojournalist Michael St Maur Sheil has been visiting the battlefields of the First World War for several years. On his excursions he has discovered landscapes of great beauty and tranquility that still show the scars of war. His work resulted in an exhibition and a book titled Fields of Battle, Lands of Peace. Here he offers us an insight into his work and thoughts.

The British attack on the Somme on 1 July 1916 was a catastrophe with almost 60,000 casualties, of whom almost 20,000 were killed. This photograph is taken from the German position overlooking the British positions, which were in the hedge on the left of the photograph: the cemetery in the centre of the field tells the story of that day. Today, the cemetery is simply a garden within the landscape, but the 179 gravestones for the men whose bodies once littered this now peaceful field reveal the darker history of this pastoral scene.

With just under 12,000 graves and a memorial to almost 34,000 men who have no known grave, this is the largest British Commonwealth cemetery in the world. The sheer mass of headstones makes the space almost impossible to comprehend, but I felt that somehow I had to match the words of King George V when he visited here just after the war: “I have many times asked myself whether there can be more potent advocates of peace upon earth through the years to come than this massed multitude of silent witnesses to the desolation of war”. I was in England when I heard there was a rare snowfall in Flanders so I caught an overnight ferry and managed to get this shot of the cemetery in its silent contemplation. 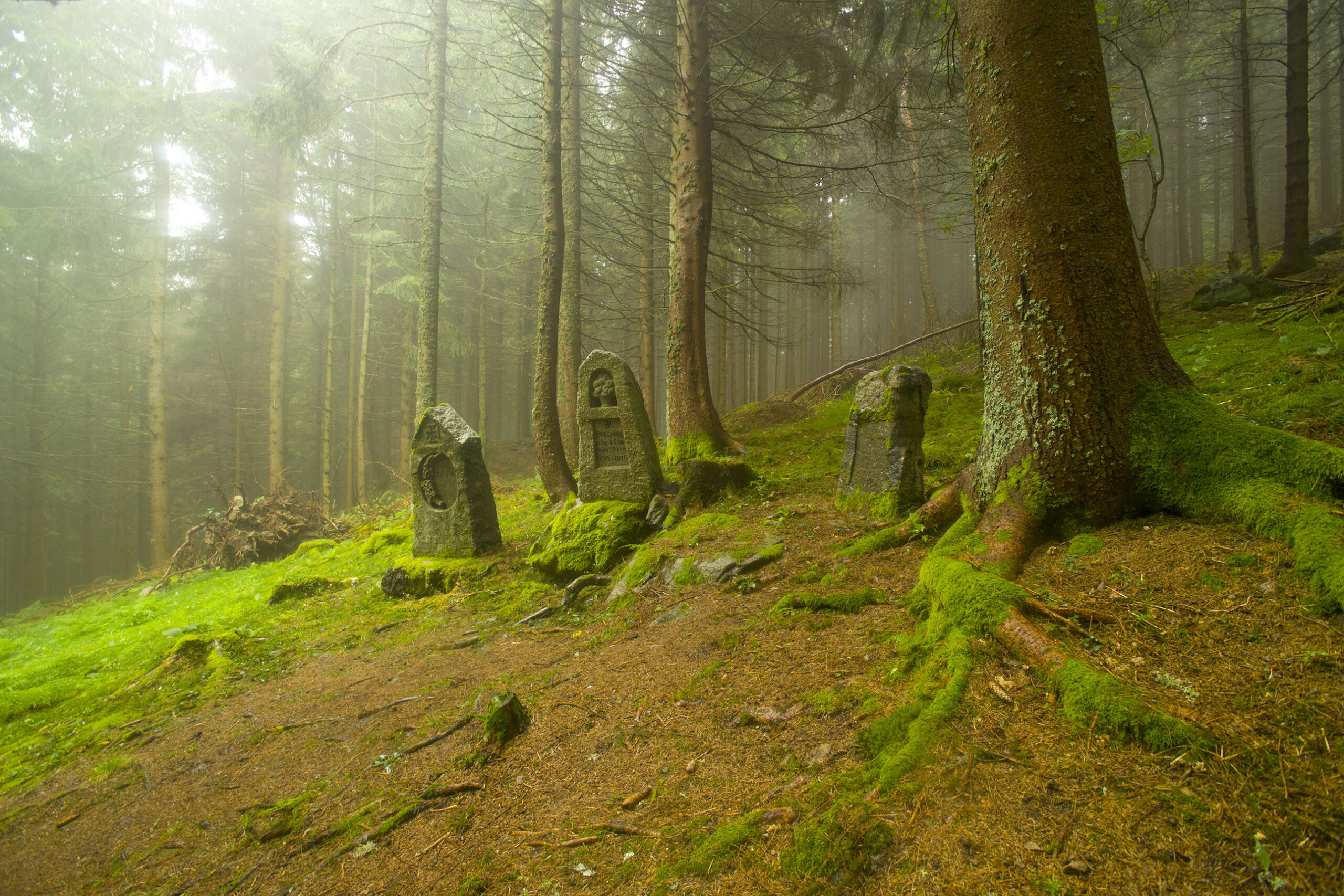 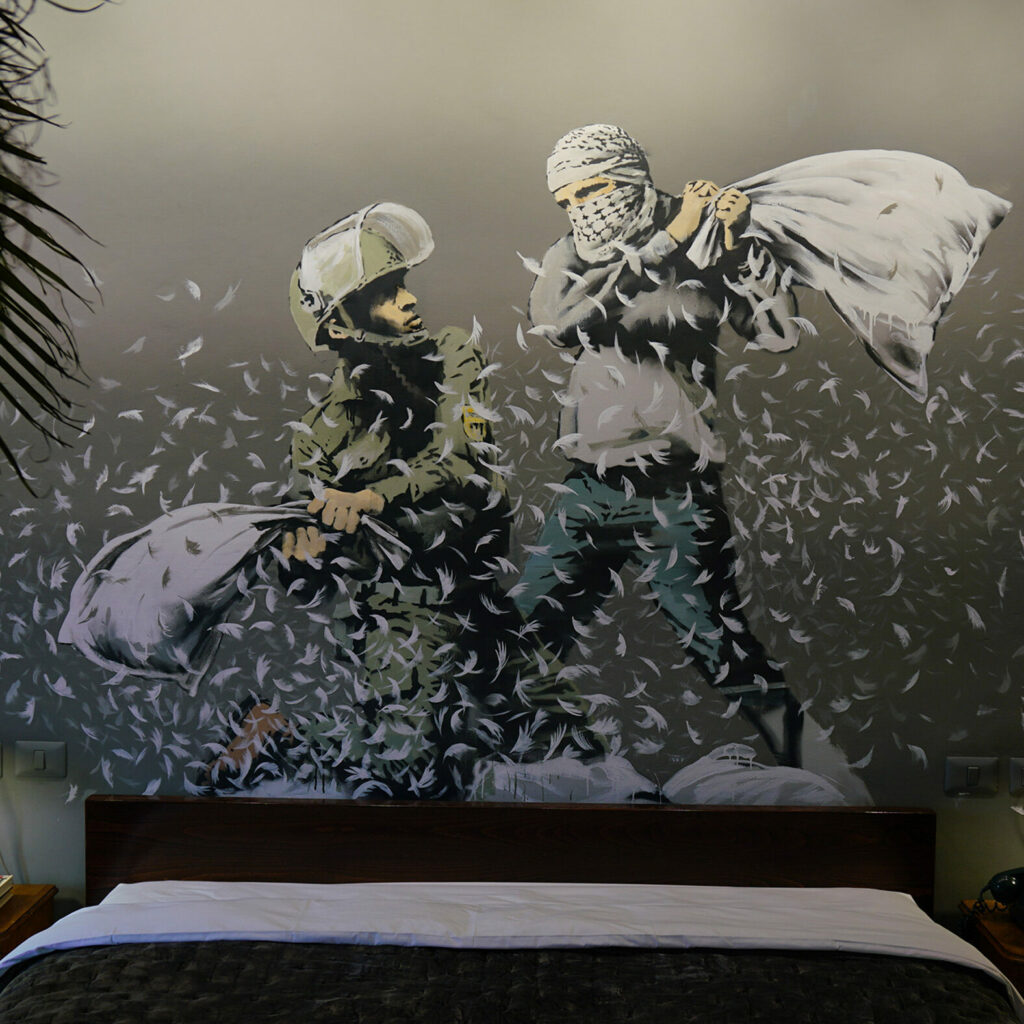 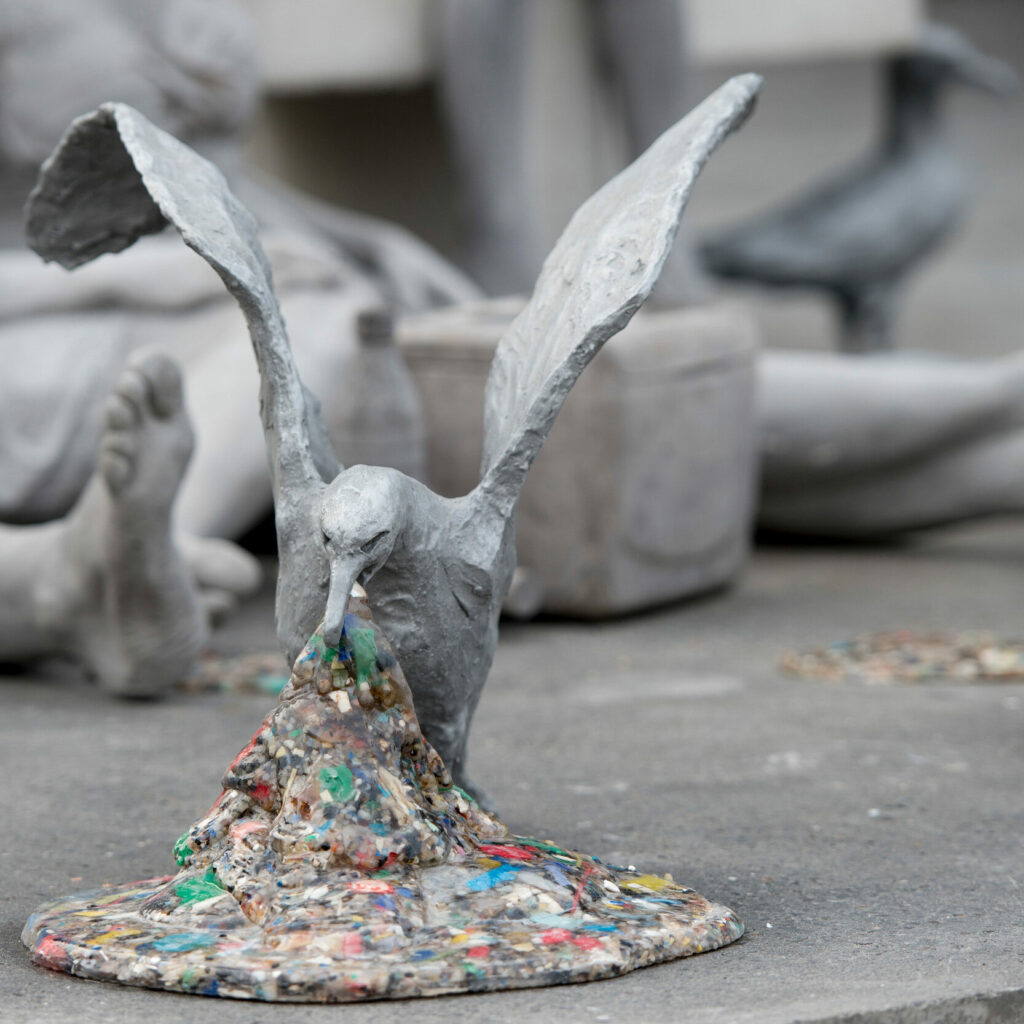 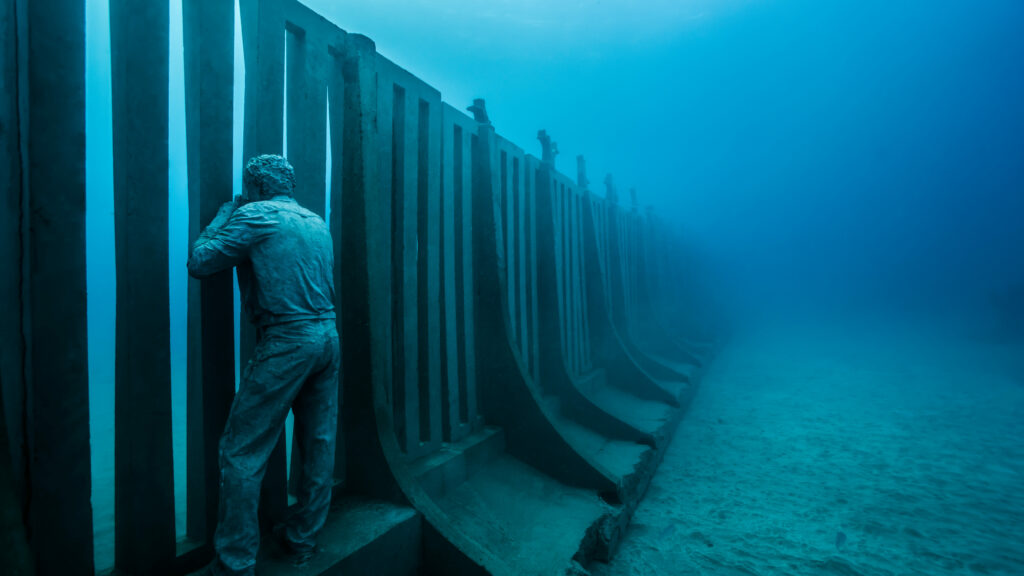 In Springfield, American artist and activist Matthew Mazzotta designed a shed-like house with an eye catchy feature: a cloud sculpture, attached to the roof.