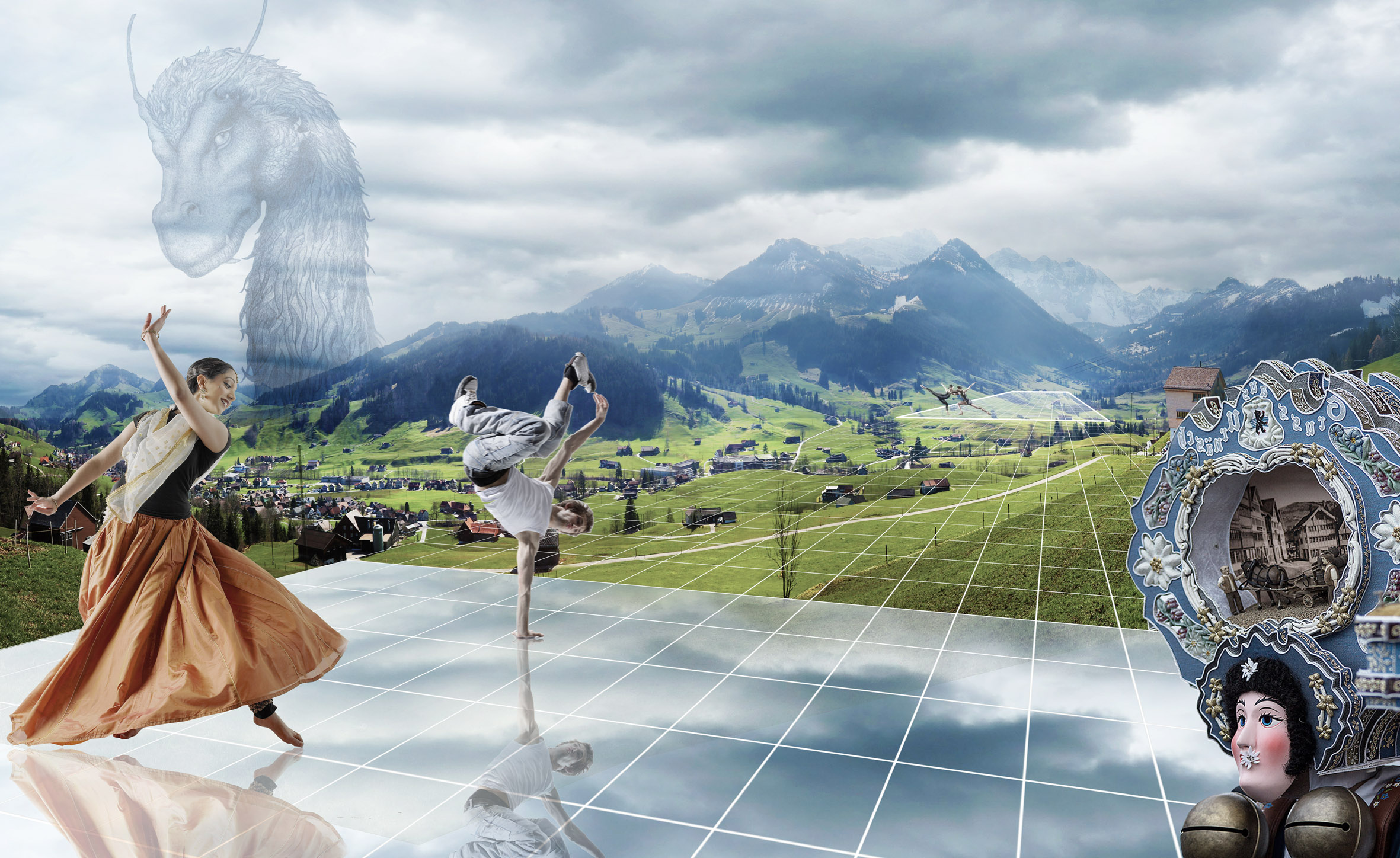 While the competition entry of Studio Vulkan for the Swiss National Exhibition 2027 won, the intelligent and multi-layered concept was never implemented.

The mountain: The dance floors are a flexible instrument for playing the landscape. They can be large or small, with content or only with performance.

Expedition 27 – this is what the landscape architecture office Studio Vulkan and its project partners, the architecture firm Hosoya Schaefer and screenwriter Plinio Bachmann, named their competition entry for the Swiss National Exhibition 2027. While their entry won, the intelligent and multi-layered concept was never implemented. A referendum stopped the project early on, and it was never even presented to the public. And yet, the utopian visions the planners developed could have provided a key impetus to viewing the landscape – especially the sprawl and the fragmented, highly emotionalized landscape in Switzerland – from new perspectives.

National exhibitions in Switzerland are held at irregular intervals, parallel to international world exhibitions. Planning for Expo 2027 “Lebensraum” (habitat, living space) followed “National Defense” (1939), “Progress” (1964) and “Creativity” (2002). What remains of such exhibitions is little more than the memory of spectacular gestures. At the Expo 2000 in Hanover, Germany, the architecture firm MVRDV surprised Expo visitors of the Dutch pavilion with the idea of a stacked landscape. Heatherwick Studio’s British contribution at the Expo 2010 in Shanghai was a structure containing over 200,000 plant seeds in 60,000 optic fibres, greatly impressing visitors. Of all the Swiss national exhibitions, the Expo 2002 made an especially lasting impression. The architectural firm Diller Scofidio + Renfro attracted international attention with its temporary, artificial cloud “Blur Building” in Yverdon-les-Bains, as did the Parisian architecture office Ateliers Jean Nouvel with its sinking monolith in Murten. What unites all these exhibitions is the experimental character they have as role models that shift boundaries between disciplines, between art, architecture and landscape.

The search for nature in the landscape

The question of living space, of how we deal with and preserve landscape, space and resources, has been part of Switzerland’s political and social discussions for years. The charming pictures of contented cows surrounded by alpine landscapes promoted by the tourism industry are only one side of the coin, and the appearance of this paradise is misleading. In the course of the twentieth century, the fragmented structure and the topography of Switzerland has undergone a structural change from an agrarian state to an intensive, almost industrial use of agricultural land in trying to provide the population with sufficient produce. It’s a paradox: while the consumption of land for settlements, infrastructure and usable space grows, people’s yearning for the natural impact of the landscape grows to an equal degree. There is talk of a “renaissance” of natural aesthetics, of the magic effect of a utopian image, all of which is brought forth without having to establish a connection to actual conditions on the ground. As a counterpart to the density of cities and the sprawl of agglomerations, unspoiled nature has become a healing alternative world, a lofty idyll that has little to do with normal, everyday life.

The project idea: The landscape as a topic of discourse for a research trip

Expedition 27 focused on the vacuum between the landscape as a place of longing, and the excessive consumption of what seems to be a freely available object of use. The balancing act between utopian visions and pragmatic approaches to solutions served as a motor to see the magic of the landscape from a new perspective – from delightful to radical in its implementation. Instead of a temporary exhibition at fixed locations, i.e. a densification of issues at specially designed locations, the topic of the Expo itself became a theme and could thus be experienced on site. The planners divided the geographical space of the country into three large landscape bands, which on the one hand shape cultural identity, but are also part of an economic cycle: The mountain landscape with its rugged mountain world and green hills (“Where do we come from?”), the urban landscape with its agglomerations and agricultural areas (“Who are we?”) and the lakeside landscape, with the openness and internationality of Lake Constance’s shore areas (“Where do we go?”). The link between these bands is the layer of human existence, which paradigmatically tells of the past and the future, from the naturally archaic to the technologically civilised.

The infrastructure of existing railway lines and their intersections links the exhibition areas to each other and ensures that expedition destinations can be easily reached and experienced. The railway wagons, however, are not only infrastructure, but as a rolling Expo, are also part of the landscape. A comprehensive narrative is superimposed over the various layers; a narrative fabric of old legends and traditions, contemporary myths and future stories. The narrative entity is achieved in the form of a “Writer’s Room”, whose “storytellers” track down themes, process them and guide visitors through a precise montage of the existing elements on a journey between fiction and reality. Here, the virtual and analogue world, reality and vision become blurred. Information available to everyone overlaps with individually or collectively shared, curated or random experiences. The directed gaze of the Expo is a magnifying glass for developing the landscape in a participatory way and collectively providing it with new stories.

_
All image rights by Team Expedition 27.
Read the full article about the utopian project idea in topos 107. 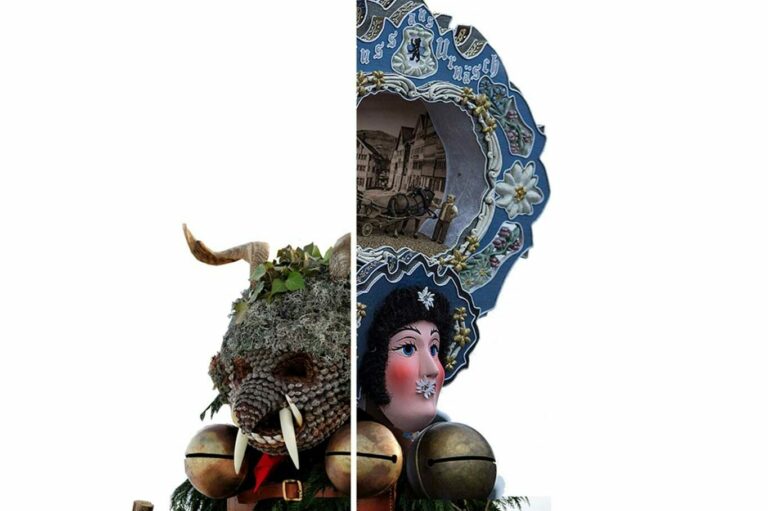 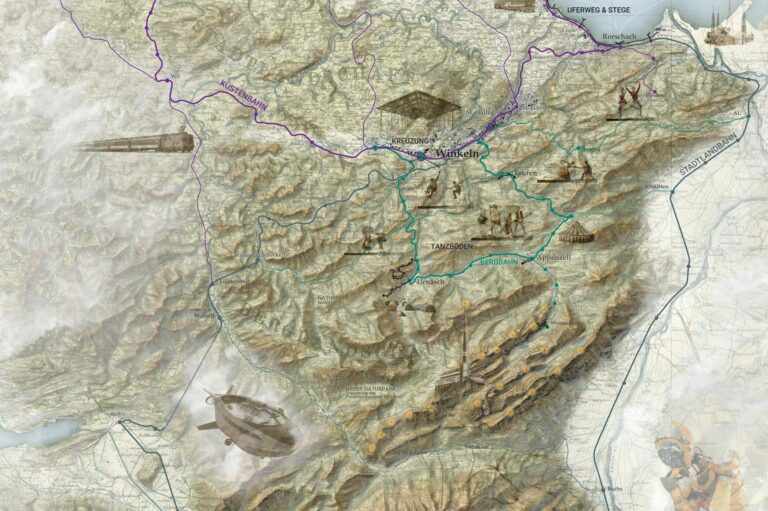 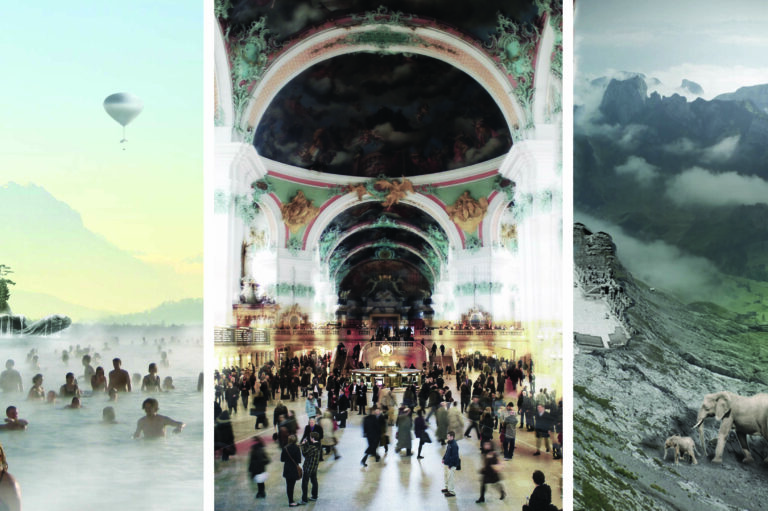 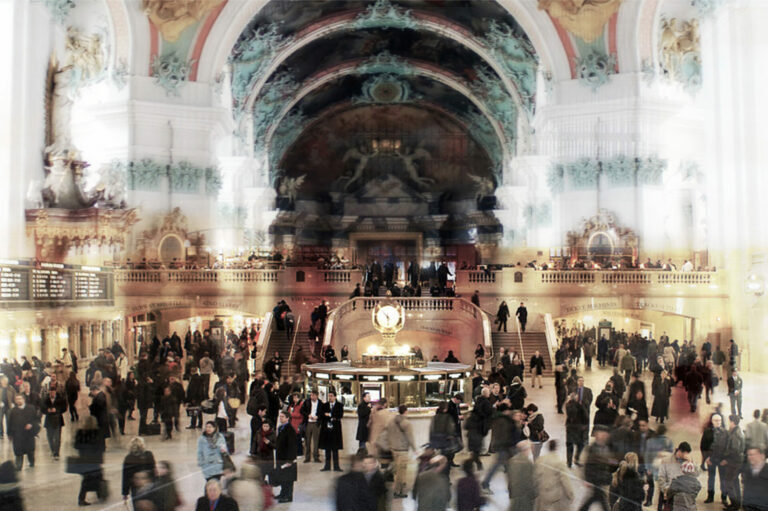 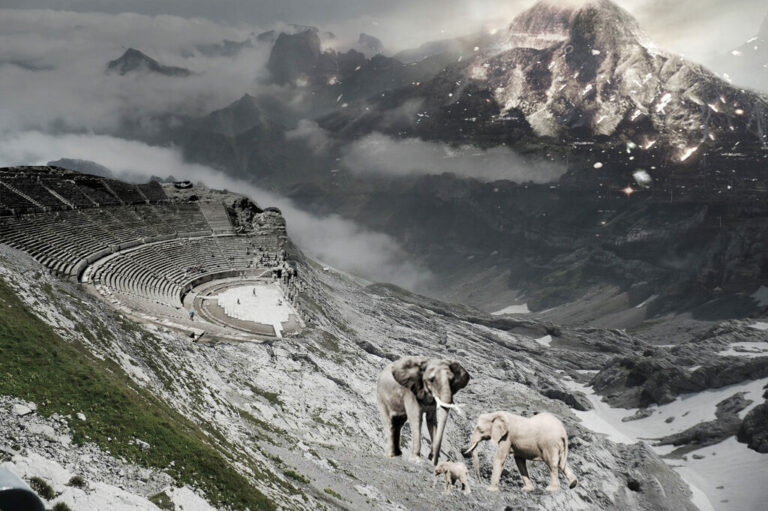 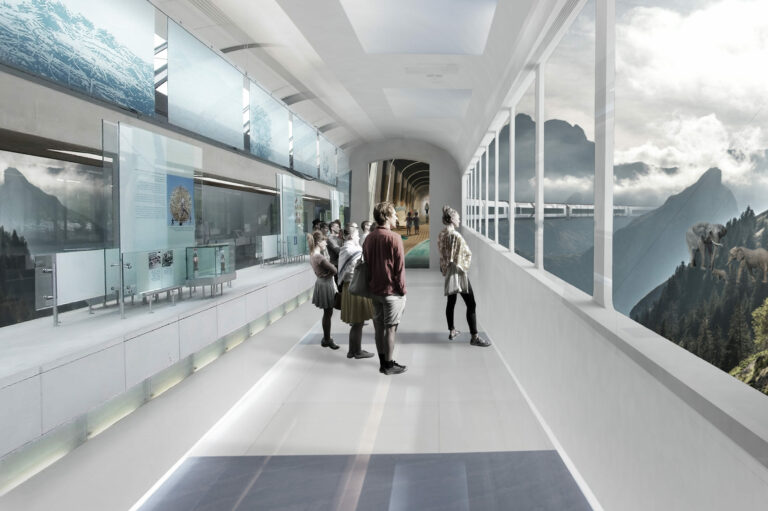 Discarded railway wagons are reused, rebuilt and thematically presented. These wagons serve as rolling stock, but also as flexible exhibition and infrastructure units. 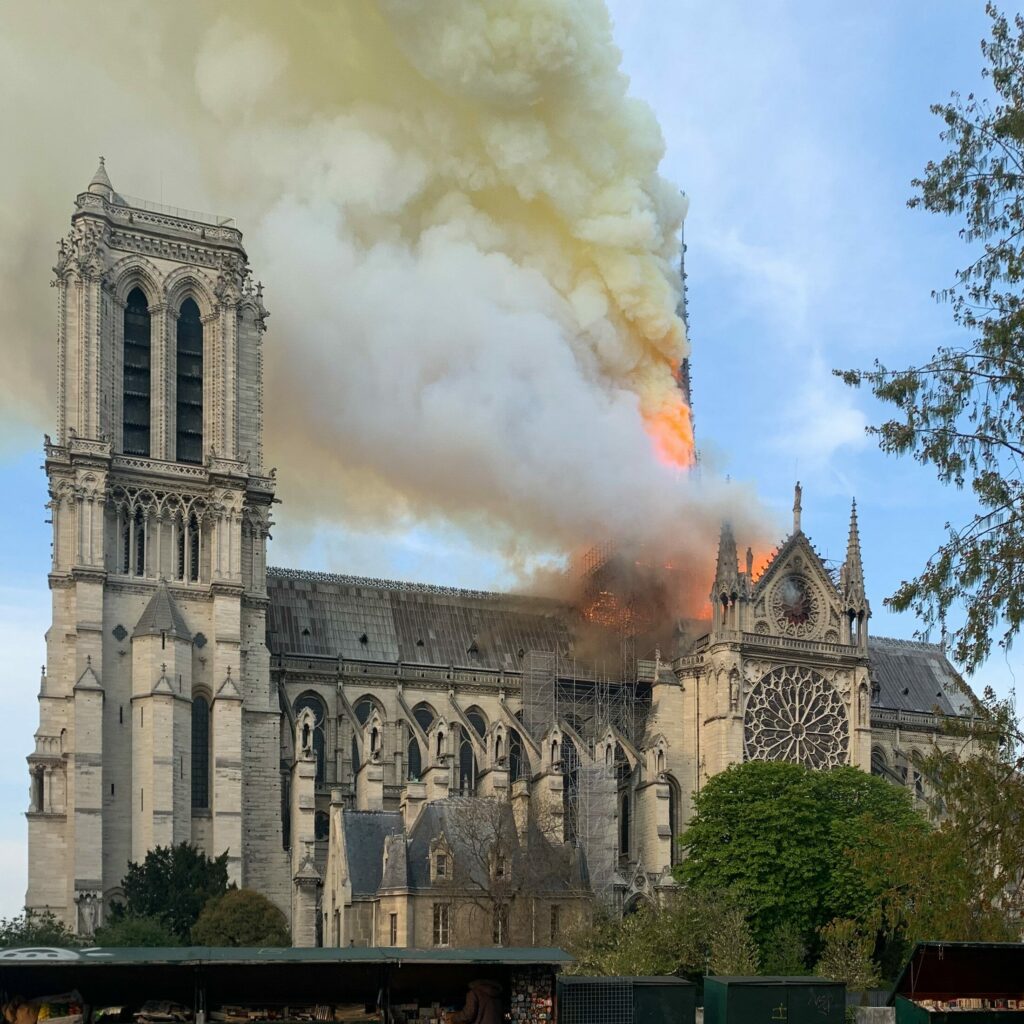 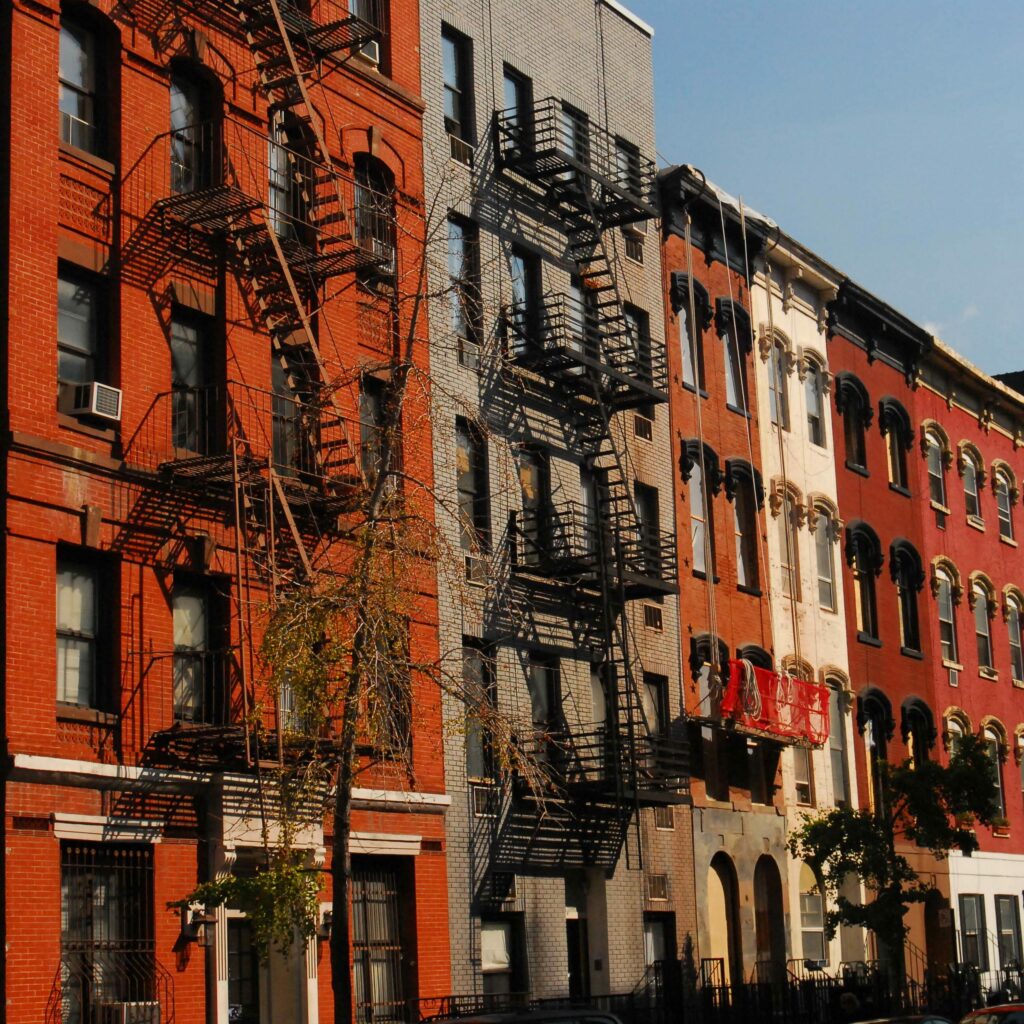 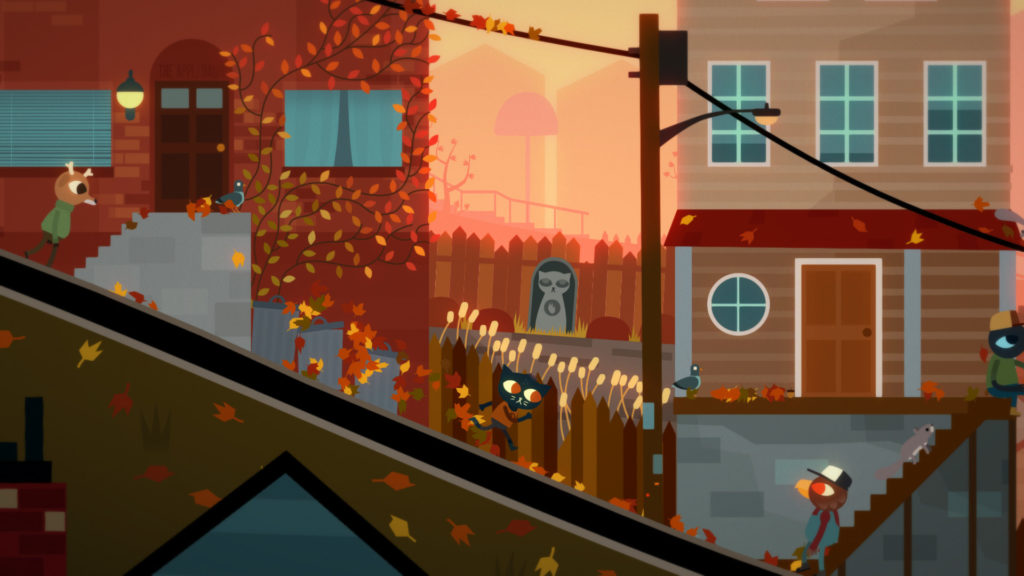 The unconventionality of da Vinci, who is celebrating his 500th anniversary this year, and his ideas for the „ideal city“ are more in demand than ever.