One of the biggest icons of landscape architecture passed away.

The prize-winning Lustgarten in Berlin.

We mourn for the person, companion, partner, colleague and icon in the field of landscape architecture. Charismatic and witty, with a keen vision and a great sense of astuteness, Hans J. Loidl had the gift of making complex relationships readily understandable. As a Dionysian spirit, his way of thinking always proceeded from that which was experienced, felt, perceived and finally reflected upon.

Together with others in 1976 he founded the office Arge Grün, which was one of the few firms in Vienna at that time that practised landscape architecture. As pioneers of innovative green roofs for the huge superstructure of the Vienna Franz Josef Railway Station, Hans Loidl and Horst Zeitlberger developed a patent for a tree basket “to prevent the windfall of large trees in locations where there is no connection to the natural soil”. (Cordula Loidl-Reisch accompanied Hans Loidl both privately and professionally for many years)

In the early 1980s Hans Loidl became a professor of landscape architecture at the Technical University Berlin. After the death of Hermann Mattern in 1971 the only design professorship in landscape architecture at the university level had long remained unoccupied. During this “period of reform”, the programme at the university shifted greatly towards the natural and ecological sciences, and much was discussed and written. The tangible design of open space, however, was considered to be of little importance at this time. It was not until the appointment of Falk Trillitzsch as professor of “Design Basics” that a paradigm shift began. Colleagues Hans Loidl, Heinz W. Hallmann, Helmuth Weckwerth and Jürgen Wenzel all played a part in this: Our common goal was to redirect the educational process of landscape architecture so that it re-embraced the methodological triad of designing, planning and building. 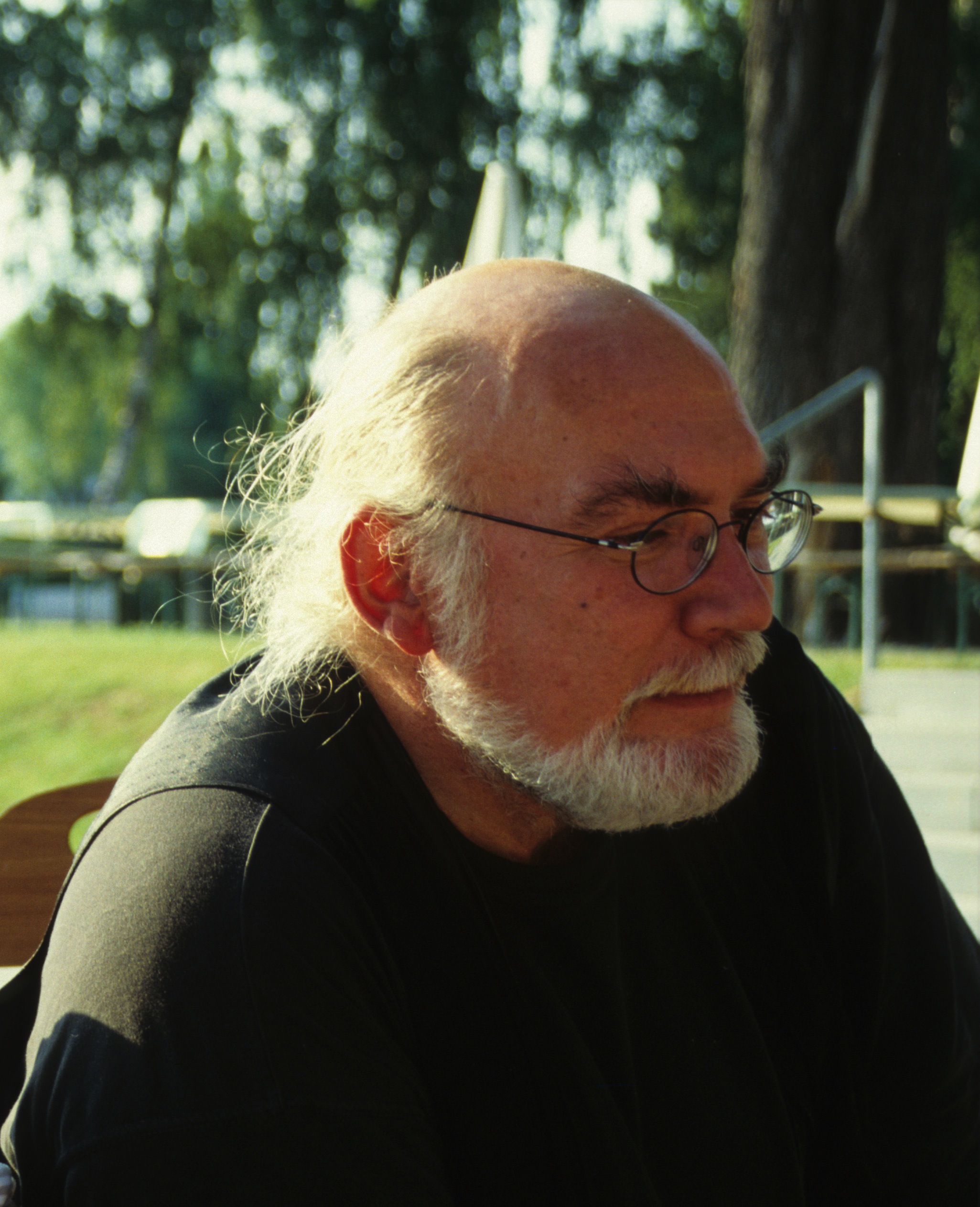 Times change. The practice of landscape architecture as well as the teaching of it at universities is influenced to a greater degree today by comptrollers, lawyers and economists that it was in Hans Loidl’s time. Their arguments, i.e. measurable quantitative values (ranging from obligations to acquire third-party funding to quality agreements), have become increasingly important in the everyday discourse. How would Loidl have reacted to this? The Department of Landscape -Architecture/Design/Project Planning is now actively dealing with this changed environment. The question of urban and landscape architectural quality challenges us with virulent urgency. How can such issues be explored and solutions found and taught? Loidl has left us a substantial legacy that both attempts to approach the phenomenon of quality in a playful, richly associative and non-dogmatic way and provides answers, for example the concept of the atmosphere or the scientific understanding of design-based research. We miss his astute and outspoken comments and observations. (Jürgen Weidinger was appointed as Hans Loidl’s successor at the TU Berlin)

Hans Loidl could polarise, inspire people with his paradoxical humour and greatly motivate them thanks to his humanity and great spirituality. His projects are enriching: be it his environmentally holistic, circulation model-oriented Block 6 in Berlin-Kreuzberg at the IBA in 1987 or the design of the Berlin Lustgarten, for which he and the office he founded won the German Landscape Architecture Prize in 2001. Southeast Asia was the place he longed for and Thailand became his last home. A severe stroke ended his professional career in the early 2000s and he died as the result of another one. This seeker of the meaning of life has passed away. 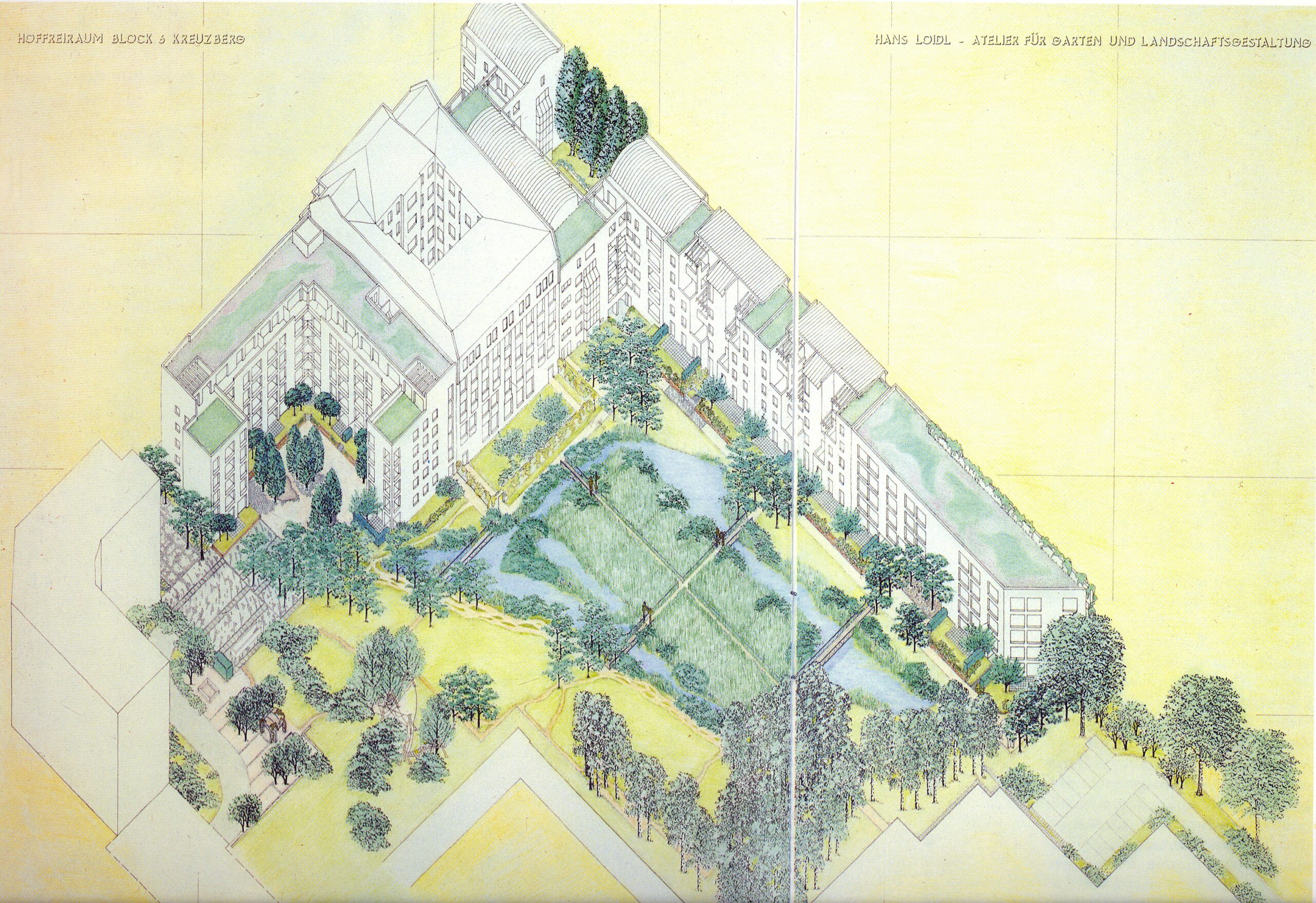 Plan of Block 6 in Berlin-Kreutzberg for the IBA in 1987.

Parallel to his efforts to influence educational policy, Hans Loidl began to work on his so-called “Loidl Script” in the early 1980s. With this opulent work and his enlightened attitude Loidl wished to oppose the -rigid dogmatism of the day. -According to Loidl, his Materials for a Morphology of Open Space Design (the original title) was not intended to be a textbook in any strict sense. He was much more interested in the idea of a “toolbox” to be used by designers according to their own needs and desires, i.e. as a source of information that would help them with their own ideas, approaches and questions. In the book Freiräumen (Opening Spaces), which was intended to be a user-friendly update of his non-linear, highly complex script, Loidl found the empty pages at the ends of chapters an inviting place to note down his sketches, comments and observations. In the end, with both his script and Freiräumen Hans Loidl gave back the profession a design expertise and dignity many believed had been lost, and provided the textual and creative basis for what can be referred to as the “Berlin School” of landscape architecture. (Stefan Bernard is the co-author of Freiräumen)

Hans Loidl was a tireless and passionate seeker, both as a human and a teacher. His field of search ranged from science and science-fiction to spirituality, and it was this extensive knowledge that he passed on in his teaching of landscape architecture. He allowed students to take part in his questioning while simultaneously giving -answers to elusive issues such as design quality. He vehemently explained the value and importance of design and disagreed with the opinion that “nature” and “people” intuitively know what proper design looks like. When teaching design, his credo was that there is never only one good solution, and by letting students attempt to find different solutions he allowed them to have a stake in his curiosity while searching for good spatial solutions. With this mixture of a predetermined body of knowledge and a call for independent development, he helped shape several generations of graduates, a great number of whom today run successful design offices. (Martin Prominski was an assistant for and doctoral candidate with Hans Loidl) 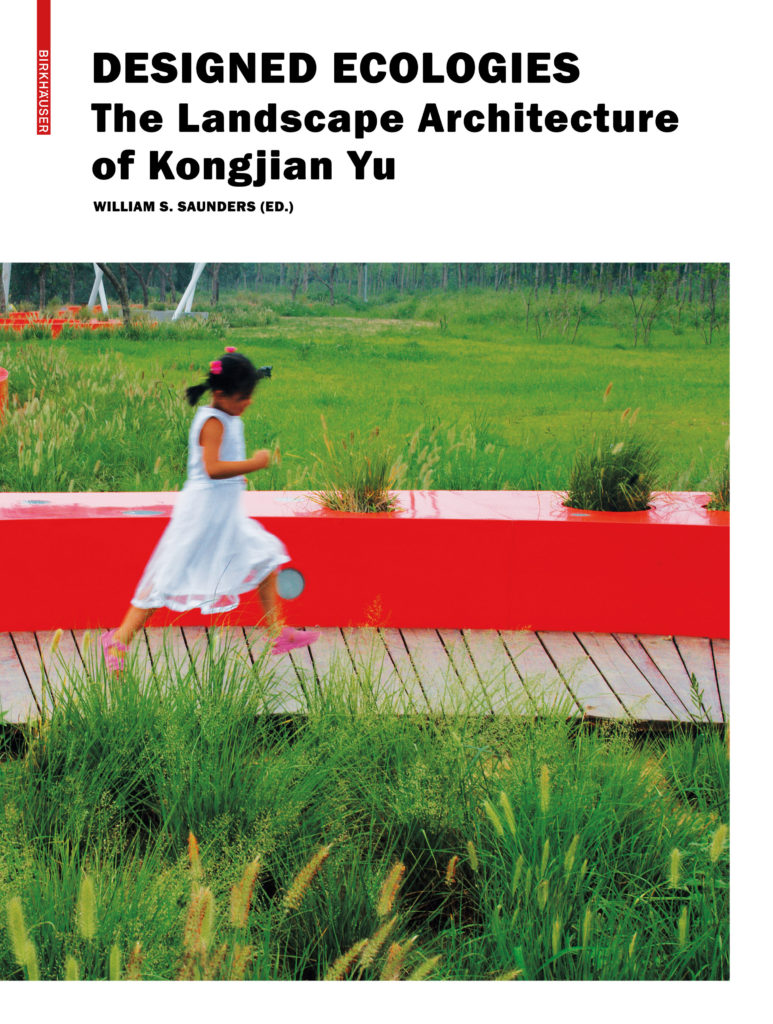