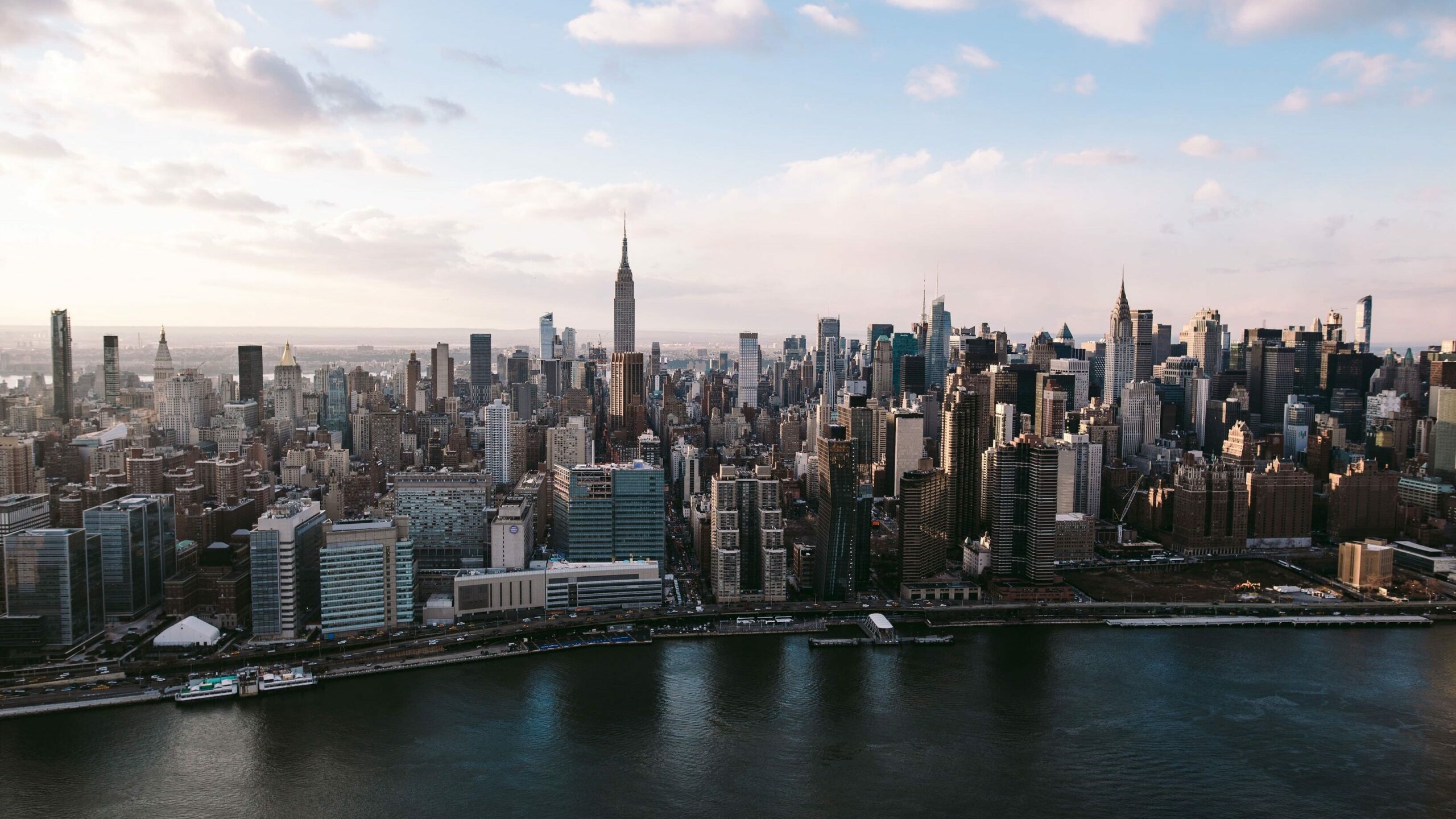 New York City is a diverse and vibrant city divided into five boroughs. Here we have summarised all of them for you.

A view from above of the city of New York. Photo: Thomas Habr / unsplash

To many around the world, New York City is held as the archetypal metropolis of our modern era. Hustle and bustle, bright lights and late nights, and its reputation as a cultural mecca help it earn this unofficial standing. This esteemed position is curious, however: despite New York City being the United States’ largest, it is dwarfed in population by a dozen more-populous global cities.

Part of this singular “imagability” stems from its spatial organization. Understandably, the famed New York City street grid is best known for measuring off the island of Manhattan into blocks that are wide when navigated east-west and narrow north-to-south. This rectilinear pattern enabled predictable and cost-effective development. While the grid is astronomically rigid in Manhattan, the same strategy of oblong blocks is also used to define large swaths of the city’s other four boroughs.

New York City should not be misunderstood as a patch of numbered streets and avenues in Manhattan alone. Rather, it is an interdependent conglomerate of islands and peninsulas sprawling 800 square-kilometers. Understanding the full picture of life in this city involves bridging, tunneling, and ferrying across the beauties and the quirks of Staten Island, Queens, Manhattan, Brooklyn, and the Bronx.

Staten Island is the least contiguous, least populated, and thus, most forgotten of the five boroughs of New York City. It is accessible to the rest of the city by a series of bridges, but the faster and more picturesque mode of travel is aboard the Staten Island Ferry, which takes you on a free ride through New York Harbor and lands you on the tip of Manhattan in under thirty minutes.

A harsh reminder of New York City’s inter-borough system can be found on Staten Island’s west side. Fresh Kills Landfill, a citywide garbage dump haphazardly built on tidal marshlands, became the world’s largest landfill in the mid-1900’s. It received the city’s waste streams for half a century before closing in 2001. Following the September 11 attacks, the landfill reopened to become a solemn forensic sifting site for wreckage materials trucked from the World Trade Center. For decades now, the local community (and the international landscape architecture community) has been abuzz with visions of Freshkills Park, an emerging public landscape that will cover and help to ecologically restore the landfill site. 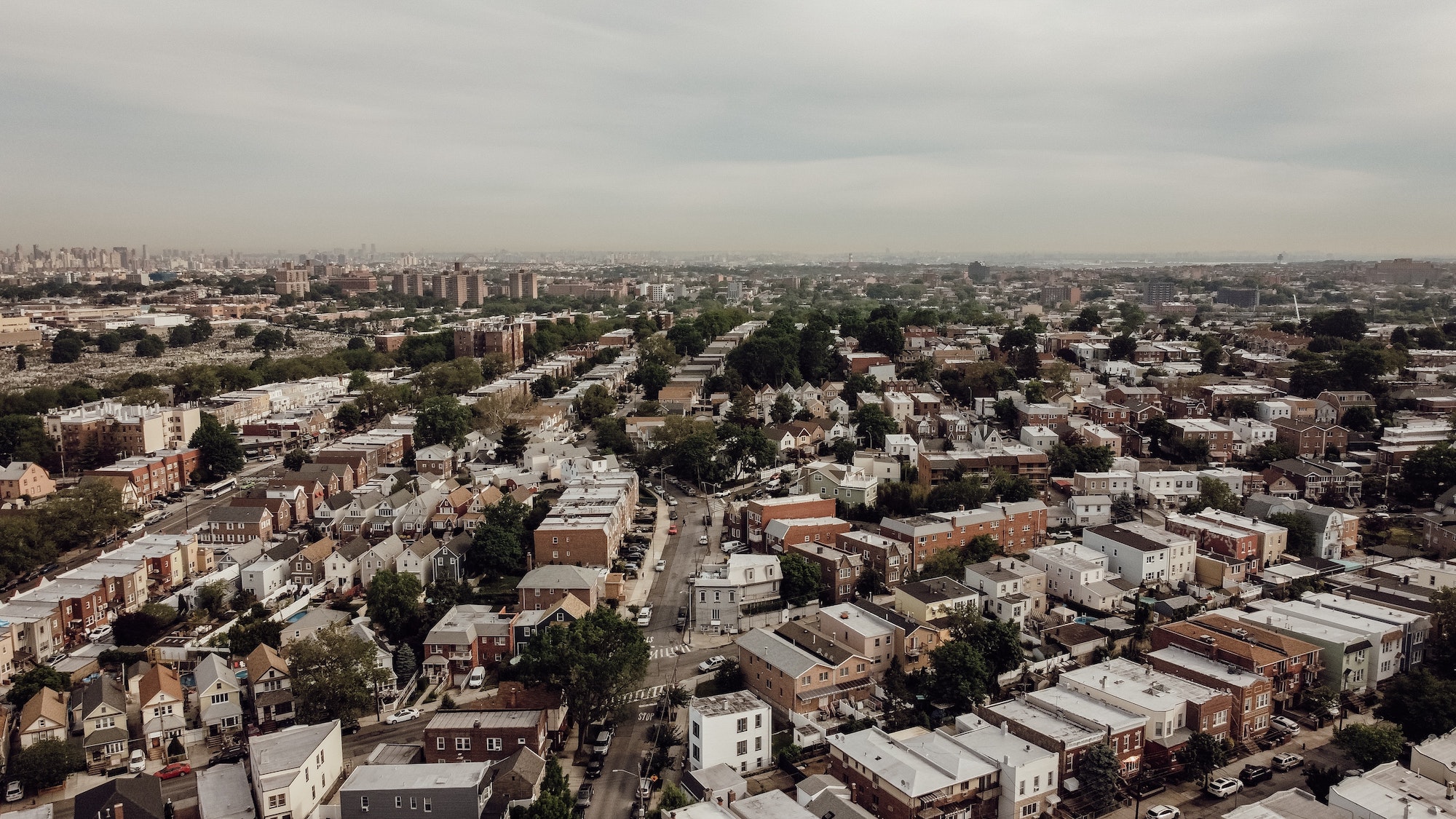 If flying into one of the region’s airports, there’s a two-in-three chance you will touch the tarmac in Queens. It is the home of both LaGuardia and John F. Kennedy International Airport. This borough is the most ethnically diverse urban area in the world. It is also massive: it is the largest borough in New York City, comprising one-third of the city’s total land area. It also offers up Flushing Meadows – Corona Park, which is even more expansive than the famously huge Central Park in Manhattan. A visitor to Flushing Meadows can walk among the mid-century modern ruins and a few well-preserved remnants of the 1964 World’s Fair. At the Fair’s center, standing over 40 meters tall, is the iconic Unisphere, a sparkling metallic globe sculpture by landscape architect David Gilmore Clarke. 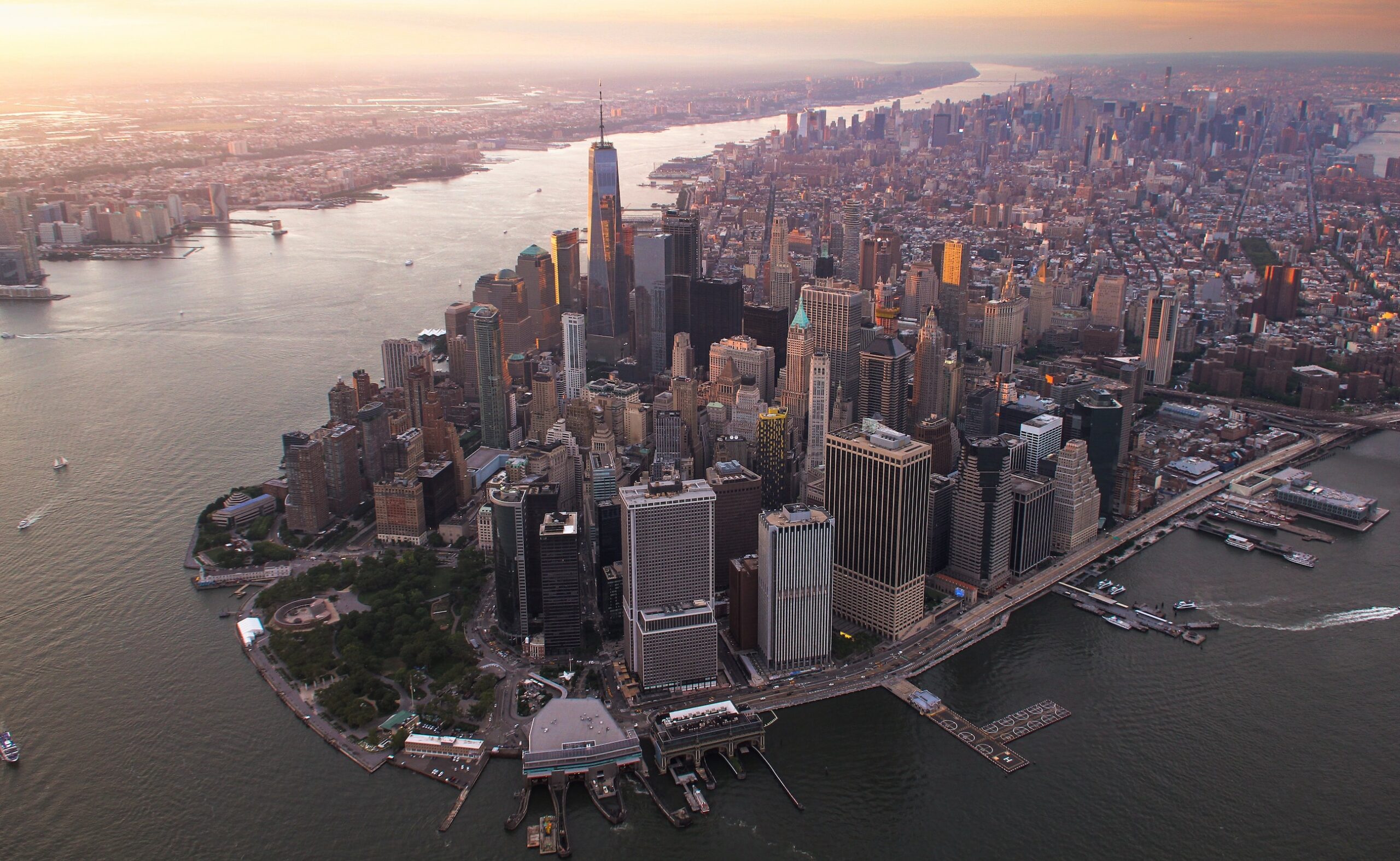 Manhattan is an island at the mouth of the Hudson River, one of the five boroughs of New York City. Photo: Brandon Jacoby / unsplash

Far from its pre-colonial history as a rolling woodland and also far from the pronounced spine of “skinny scrapers” poking up from Billionaire’s Row is a piece of Manhattan that does not appear on a postcard. Randall’s Island, part wastewater treatment plant and (an even larger) part public park and sports fields, sits at the eastern edge of Manhattan. The recently completed Randall’s Island Connector is a curious image: it is an idiosyncratic bridge-beneath-a-bridge, but it provides safe bicycle and pedestrian access to underserved residents of the South Bronx, inviting them to reach the diverse and generous park amenities at Randall’s Island. This project, a result of transportation planning, engineering, and landscape architecture is modest in appearance, but the connective function it serves is emblematic of the ways in which the five boroughs of New York City interact to create a liveable metropolis.

Also: Central Park in New York City is a world-famous green oasis in the middle of Manhattan. Learn more about the Central Park here.

Prospect Park, envisioned by Calvert Vaux and Frederick Law Olmsted, is the preeminent public landscape of the borough of Brooklyn. Designers often argue that it offers an even more powerful environmental experience than Central Park. It sits high on a hill, the westernmost extension of a long terminal moraine that extends far into Long Island.

Downslope two kilometers from this idyllic, lofty park lies the notoriously polluted Gowanus Canal, one of just a few federally-designated Superfund sites in New York City. A team of open-space planners, led by the Gowanus Canal Conservancy and including Arup, Langan, SCAPE Landscape Architecture, and others, is aiming to achieve more than environmental remediation of the industrial canal. A new, community-based vision for the “Gowanus Lowlands” draws inspiration from the pre-development watershed of freshwater creeks. It reimagines the canal as a backbone for a network of new parks that would tie together community fixtures, economic opportunity, and existing subsidized housing campuses. 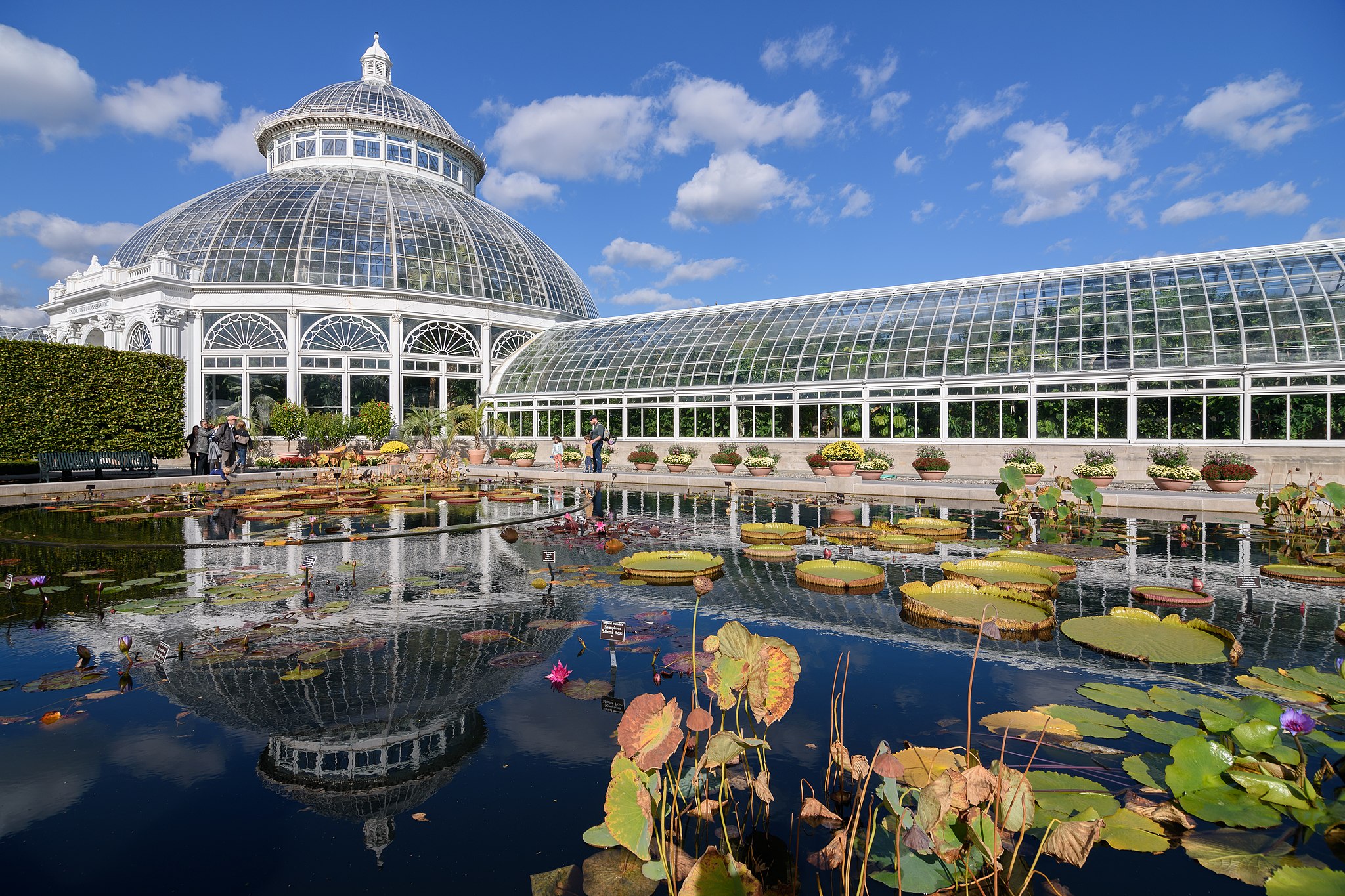 The New York Botanical Garden is one of the largest botanical gardens in the United States and is located in the Bronx, the northernmost borough of New York City. Photo: King of Hearts, CC BY-SA 4.0

Known city-wide for the Bronx Zoo, the New York Botanical Garden, and (for those in the know) as the birthplace of hip-hop music, the borough of the Bronx is the northernmost in New York City. The Botanical Garden is several things in one: a walkable pleasure ground, a research institution, and a living museum. Within the Garden lies the Thain Family Forest, a 50-acre remnant of the woodlands that once covered the whole city. The Bronx, of course, is more than just old-growth forest. Responding to historic disinvestment and newer patterns of gentrification, community groups including the Bronx Cooperative Development Initiative (BCDI) are organizing political action and economic investment plans to shape the borough’s future growth in the interests of all residents. 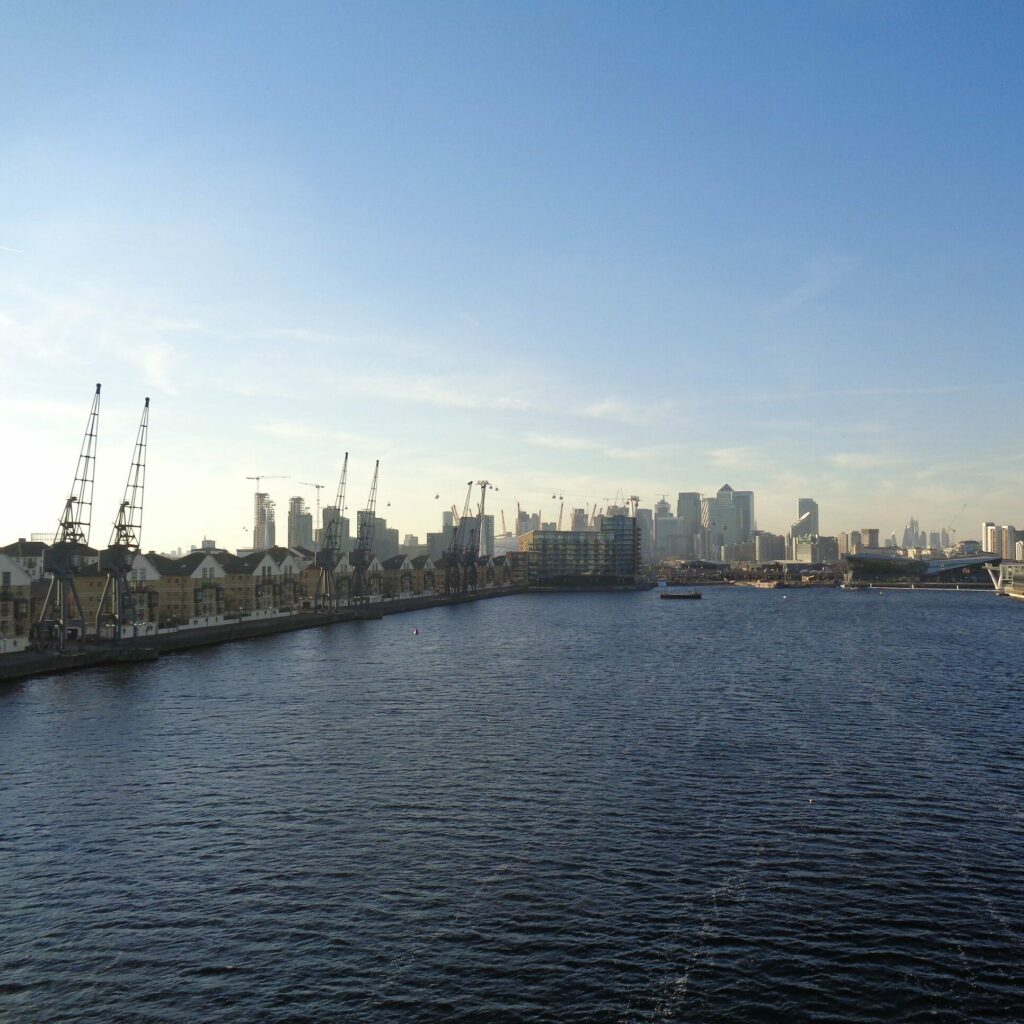 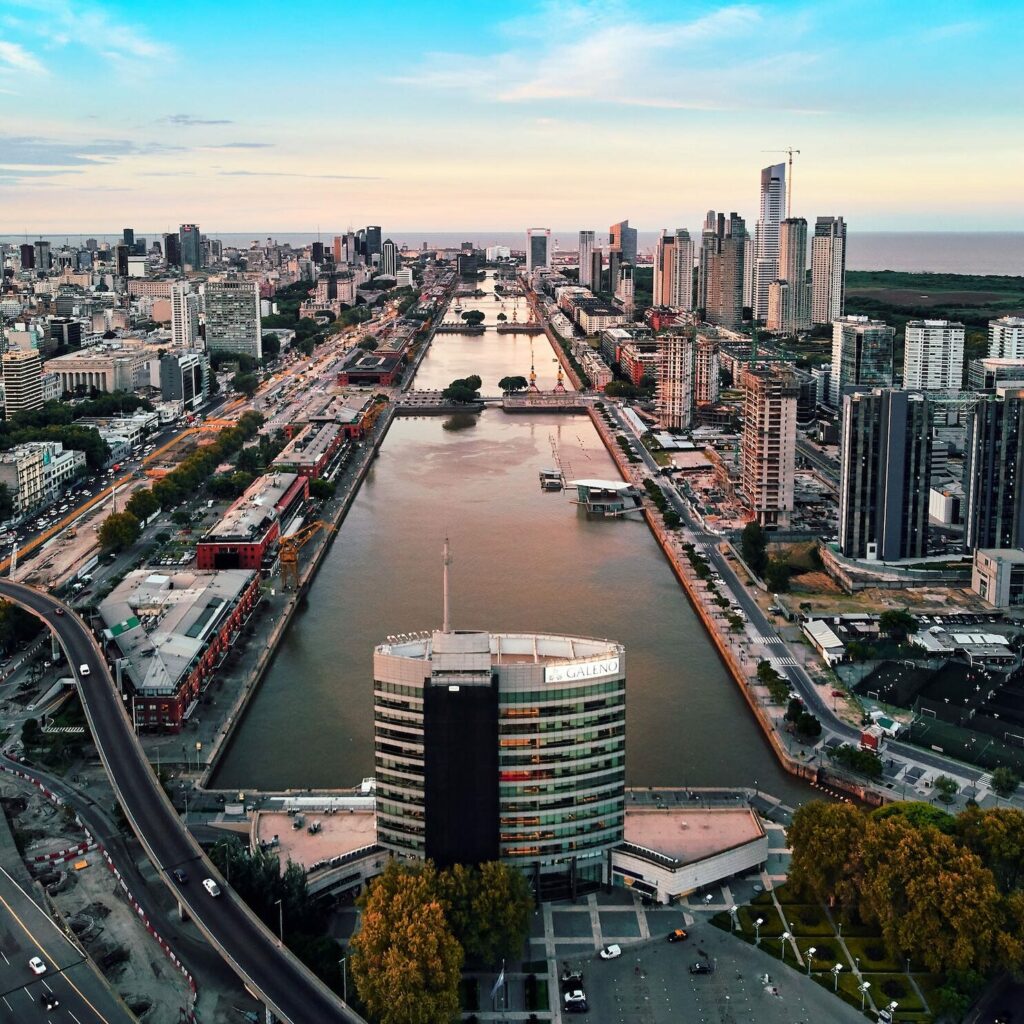 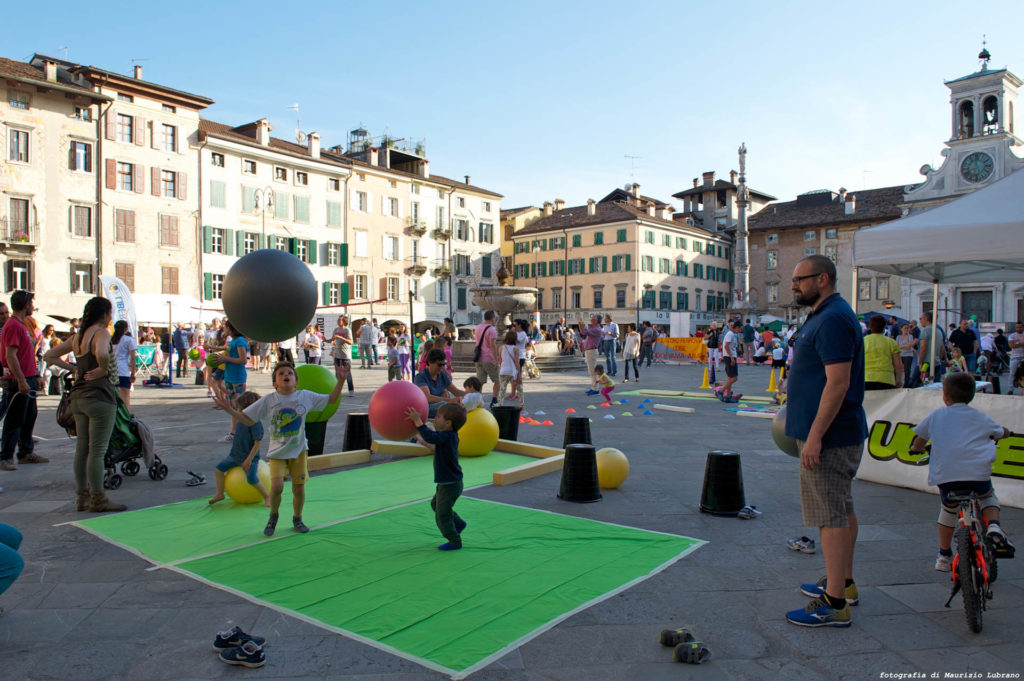 Mayor Anne Hidalgo has given the green light to the first section of the renovation plans and the transformation of the Champs-Élysées.