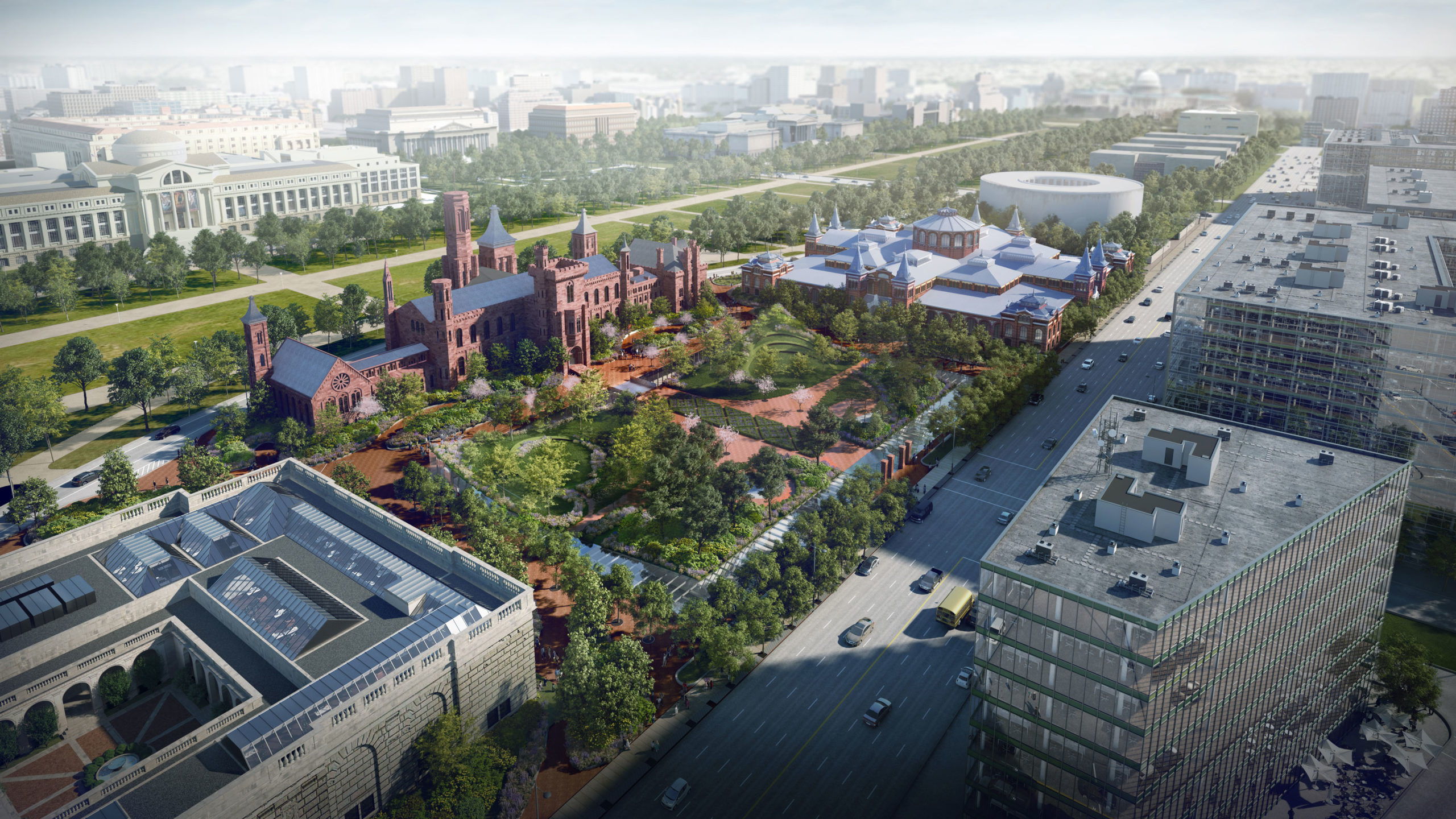 Someone who is looking for wisdom needs time to process and reflect on their experience and the matter of their studies. This works best in the quietness of nature. The Smithsonian campus in Washington D.C. seems to offer perfect conditions for that. With its 19 museums and galleries, it is the world’s biggest museum complex and provides natural places of retreat in gardens and the National Zoo.

But not everything runs smoothly there: The National Museum of African Art and the Sackler Gallery complain about scant attention paid to them which results in declining visitor numbers. They claim the lack of coherence on campus to be the cause. Redesigning the entire South Mall Campus by the Bjarke Ingels Group (BIG) is supposed to help the place gain momentum again. The 42 acre area comprises the “Castle”, the Arts and Industries Building, the Freer Gallery, the Hirshhorn Museum, and the sculpture garden. 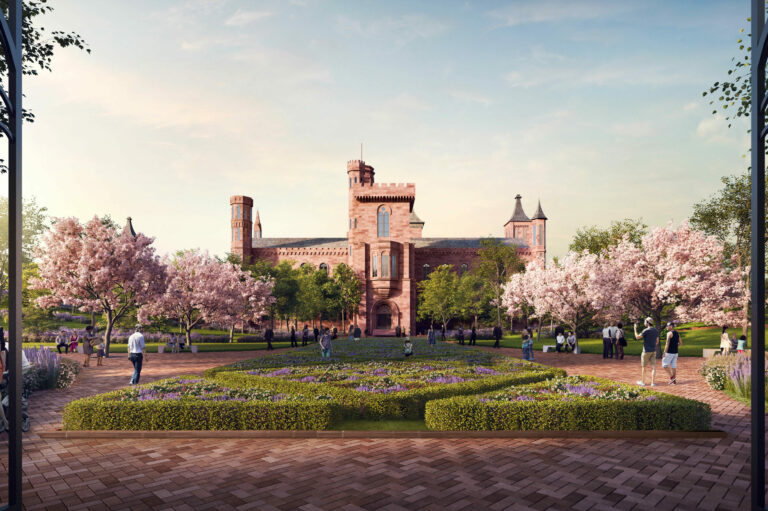 Master Plan of the Haupt Garden in front of the Castle | Image by BIG, Bjarke Ingels Group 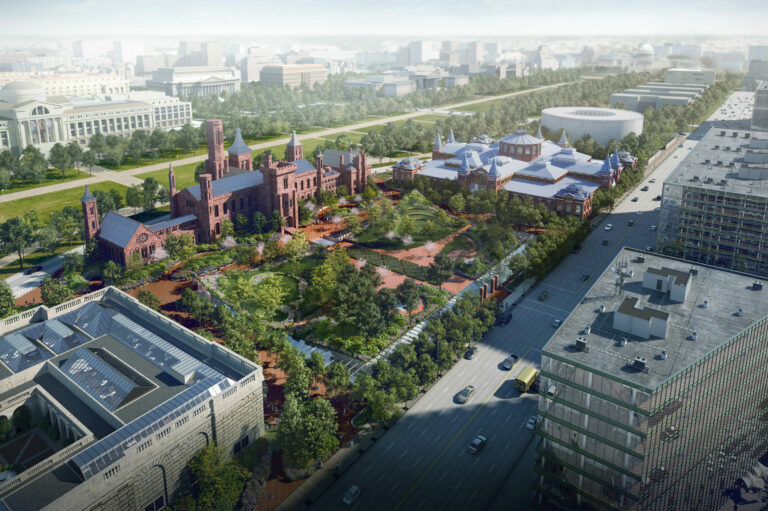 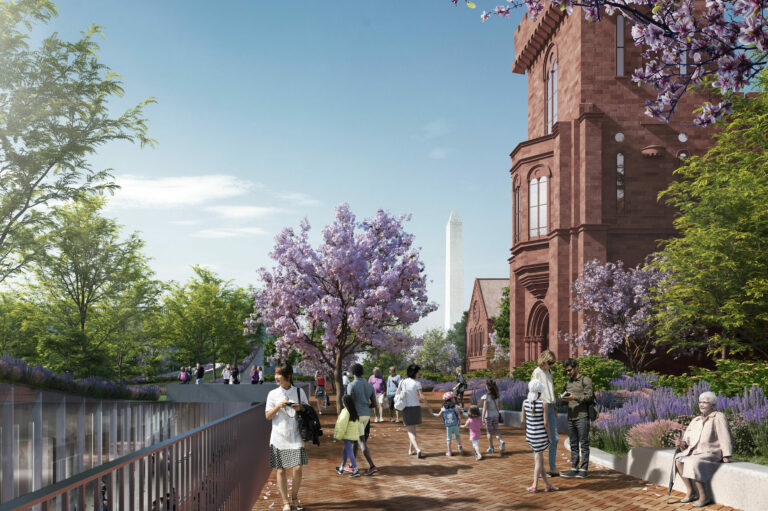 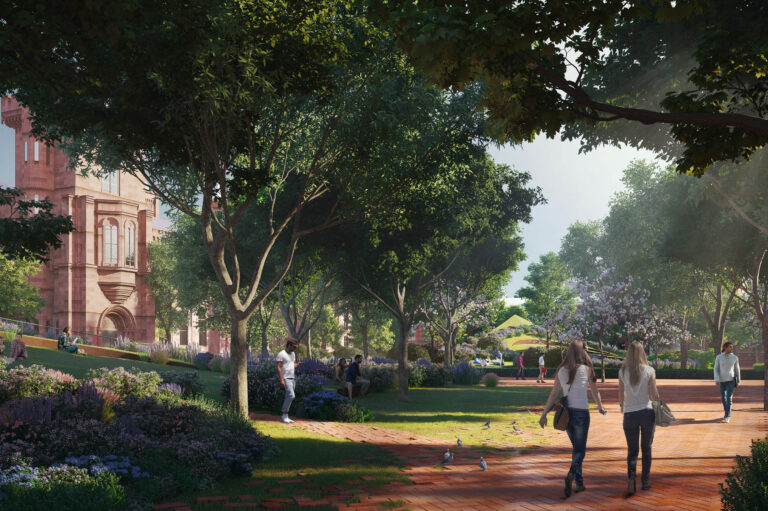 In 2014 already, BIG released first drafts . They included the redesign of Haupt Garden in front of the Castle. The Victorian style garden was designed by Jean Paul Carlhian in 1987. By “redesign” BIG meant complete demolition which immediately sparked an outcry from monument conservationists who consider the garden a cultural landscape and “place holy to many people”, as the National Capital Planning Commission is quoted, a committee for the protection of historical and cultural architecture history in Washington D.C. This perspective is backed by Richard Wilson, professor for architecture history at the University of Virginia, who told the Washington Post in an interview that the redesign project completely ignored the historic and contemporary importance of the garden.

A New Plan Must Come Up

Subsequently, Norwegian architect Bjarke Ingels backpedaled on the plans. In a press release from January he said: “Since our last proposal, we’ve been listening very closely to the public. We wanted the general feeling and fondness for the Haupt Garden to remain the same while also increasing its enjoyment and use.“ BIG recently released a new, revised draft, confidently calling it the “Masterplan”: One of its propositions is to make the paths between the museums and gardens more visible and intuitive while preserving the atmospheric, secluded character of the Haupt Garden. A fine balance – since the redesign is meant to draw more people at the same time.
As of today, a loading ramp at the west side of the Haupt Garden separates it from the Freer Gallery of Art. Rickety delivery trucks using this ramp make the garden look more like a busy crossroads than an oasis of well-being. Moving the ramp would connect the Freer Gallery of Art with the garden, says Aran Coakley, project manager at BIG.

With the Masterplan, the Bjarke Ingels Group wants to perform a balancing act. On one hand there is the overall objective of the Smithsonian Institution: being a place of learning and discussing. On the other hand, visitors shall be able to find a quiet and inspiring natural retreat where they can take a break from the museums’ bustle.

Despite initial setbacks, renovations are to begin in 2021. 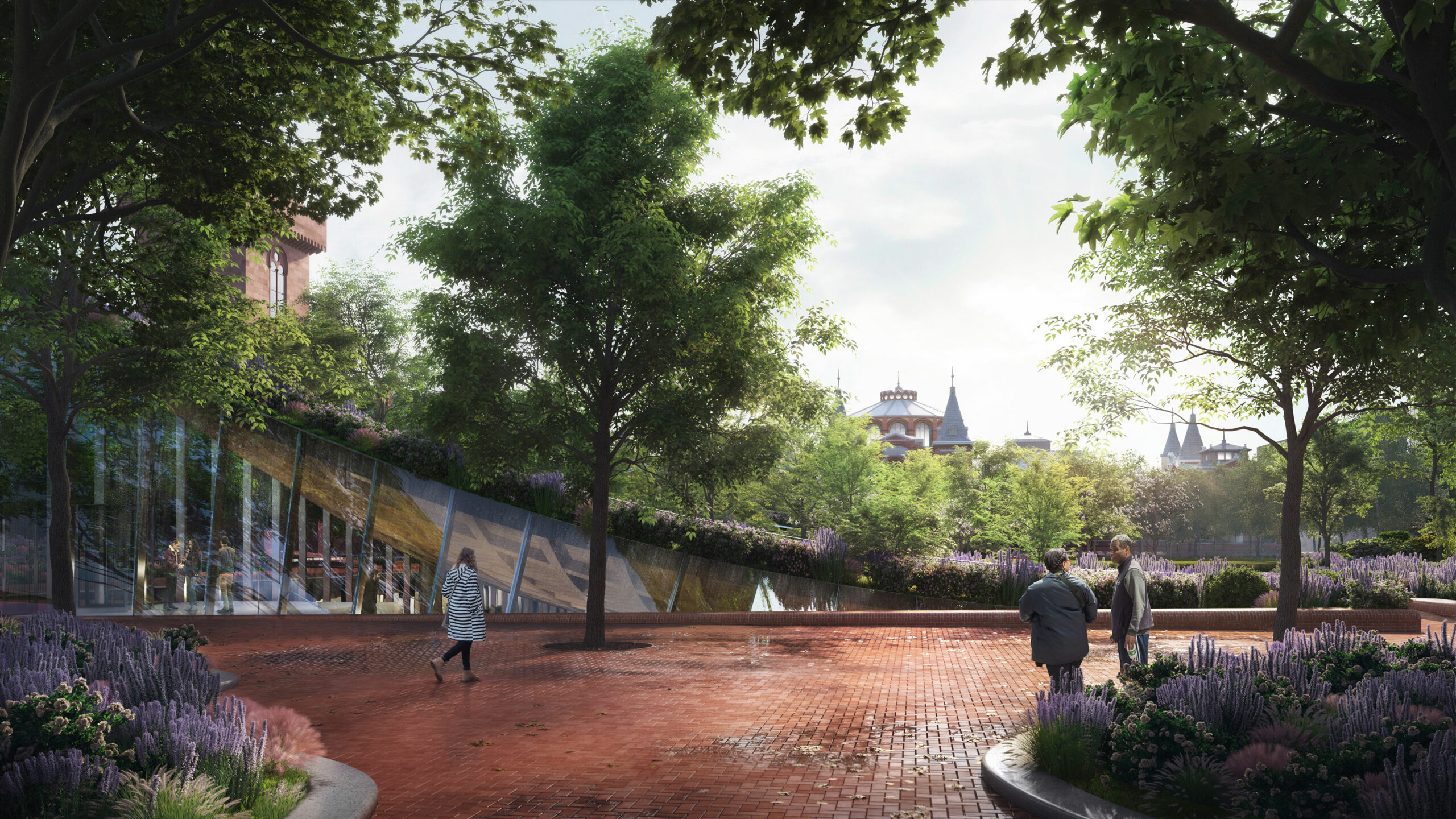 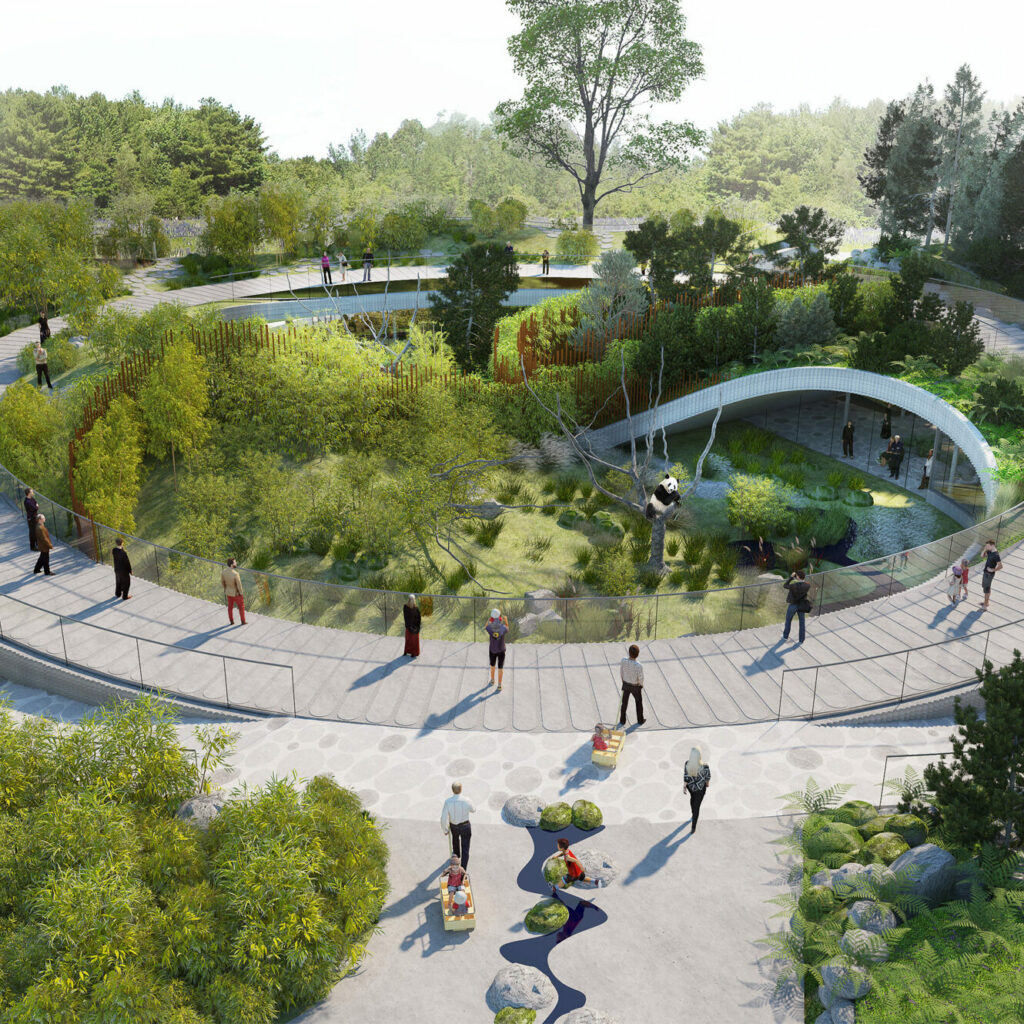 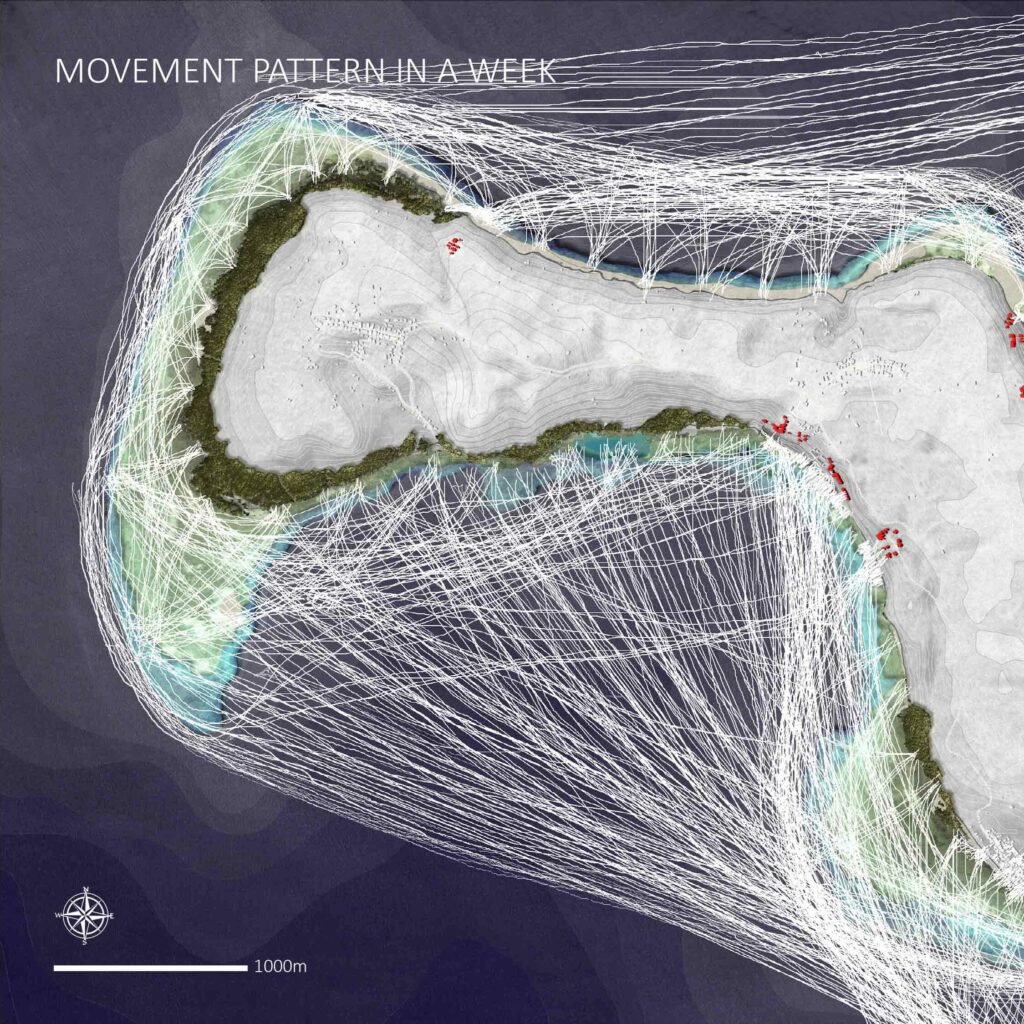 Architects of C.F. Møller have designed a meadow city park that could not only be a recovery space for the residents of Randers but also a smart flood area.