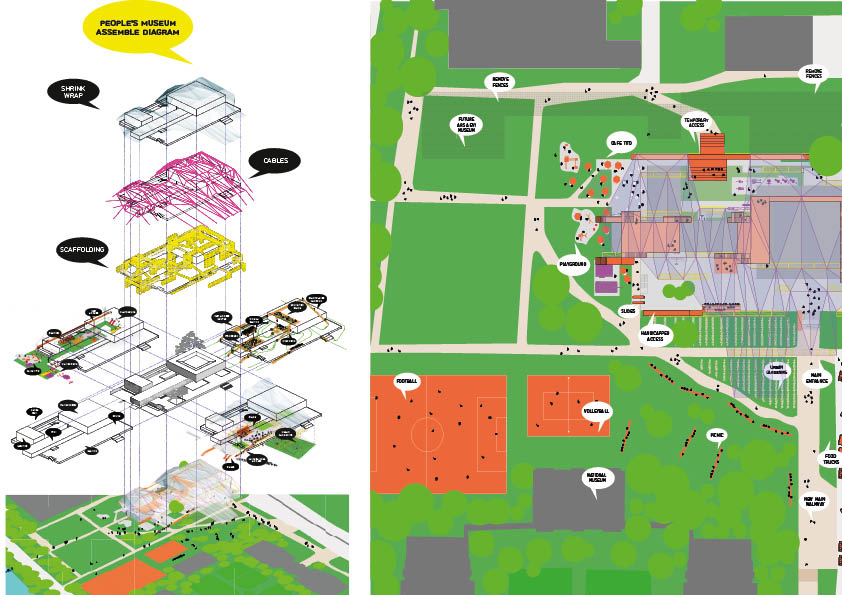 Sarajevo’s discontinuous and turbulent political, social and historical development has created a bricolage urbanism. To deal with these complex problems, instruments like multi-disciplinary and multi-sectorial thinking are needed, approaches with which the interdisciplinary design practice Urban-Think Tank (U-TT), founded in 1998 by Alfredo Brillembourg and Hubert Klumpner, both professors at the Swiss Institute of Technology, ETH in Zurich, has already successfully worked around the globe. The U-TT initiative ”Reactivate Sarajevo” that runs in collaboration with the Mayor of Sarajevo and an array of Bosnian-Herzegovinian, Swiss and international partners firstly analysed the great urban potential of Sarajevo understanding that the city does not need many new structures or parks. Instead what is needed are ways of working with its historic urban collage by adding new programs to it and re-using, re-generating or re-activating the existing.

The pilot case studies focused on analysing the historic cultural and green infrastructural axes as the main new organizational forces that are to drive a transformation of the built environment of contemporary Sarajevo. The longitudinal cultural axis runs along the main river valley, parallel to the infamous war-time “Sniper Alley”, which BBC journalists once described as “most dangerous place on Earth”.

The green transversal axis stretches from a place north of the Olympic sport complex, following the basin of a smaller stream that was covered in the 1960s as part of major traffic infrastructure construction. It then bridges the city centre and continues southward along the slopes of Mount Trebević.

The findings that the urban research produced led to the conclusion that the reactivation of this axes interchange would be the most meaningful and logical first step of the project. 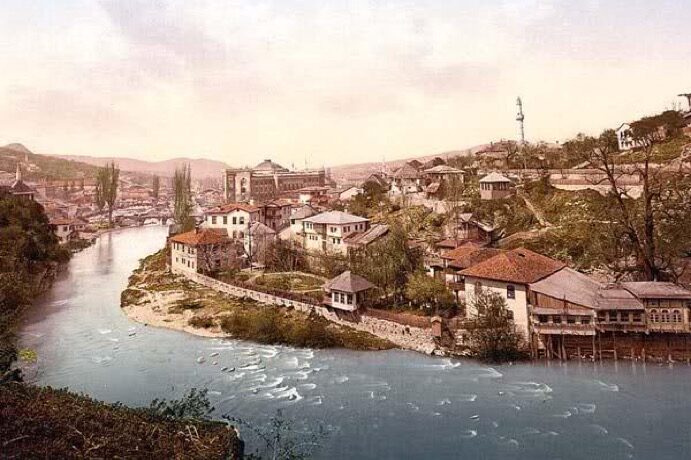 Sarajevo at the end of 19th century - Historic green city 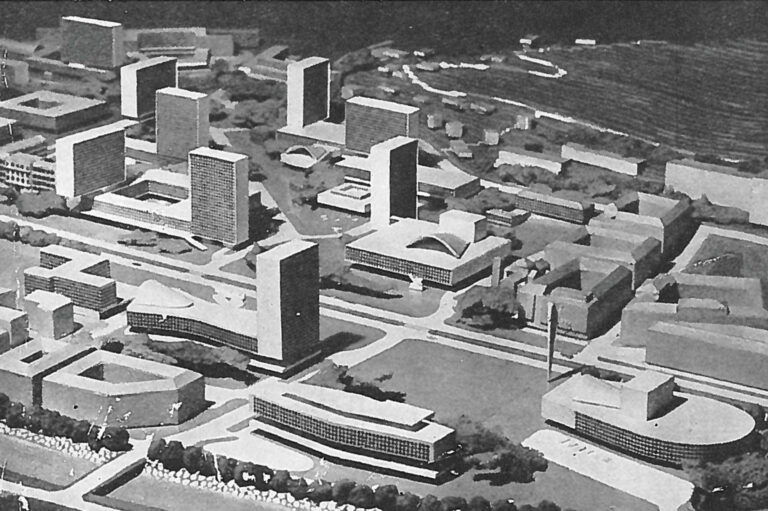 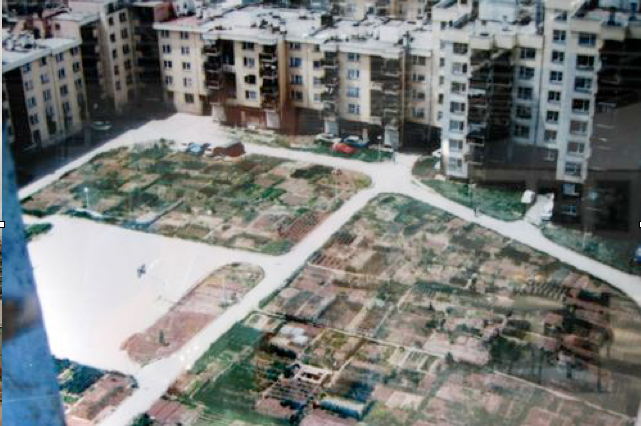 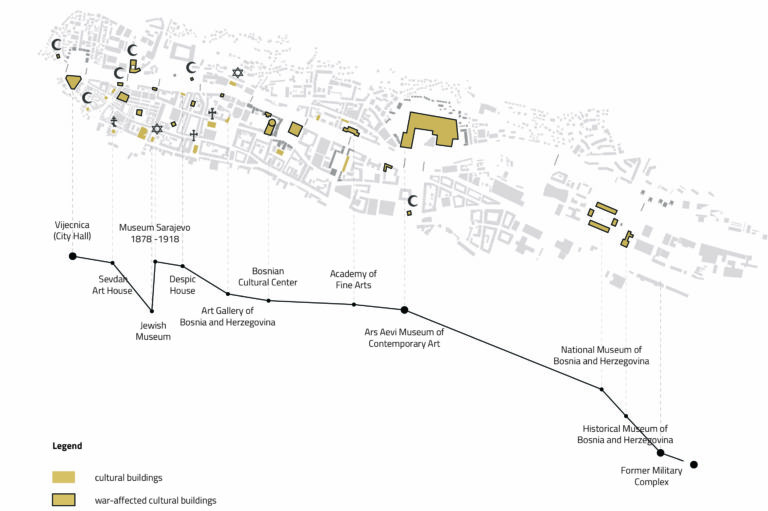 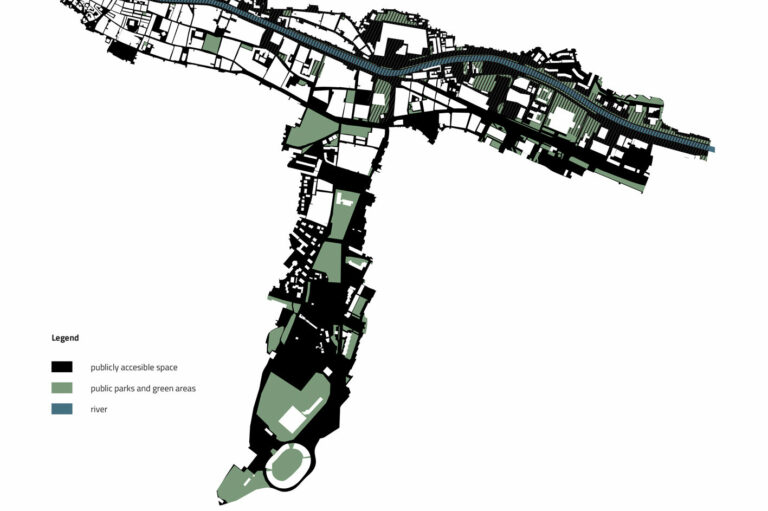 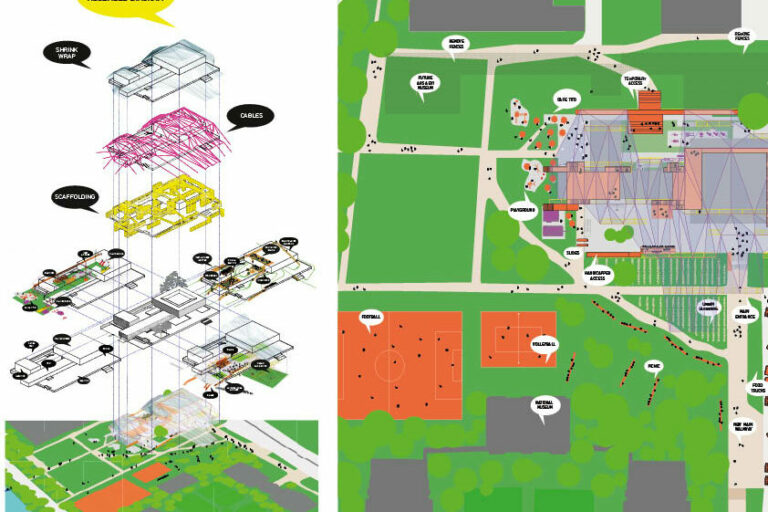 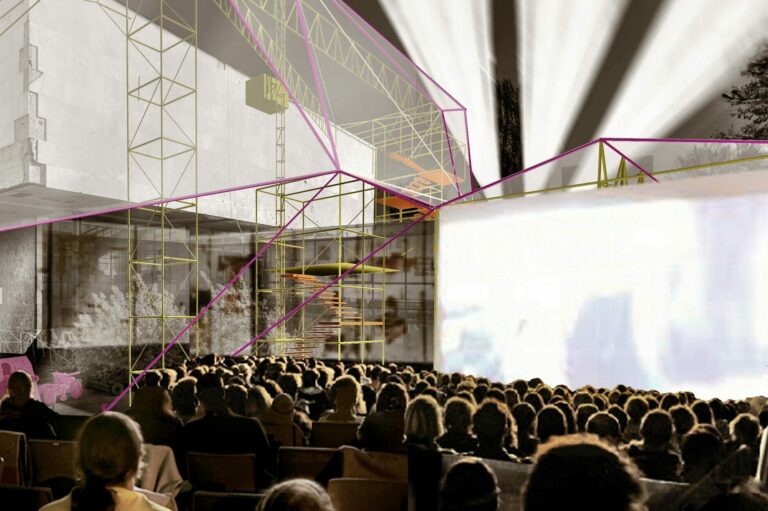 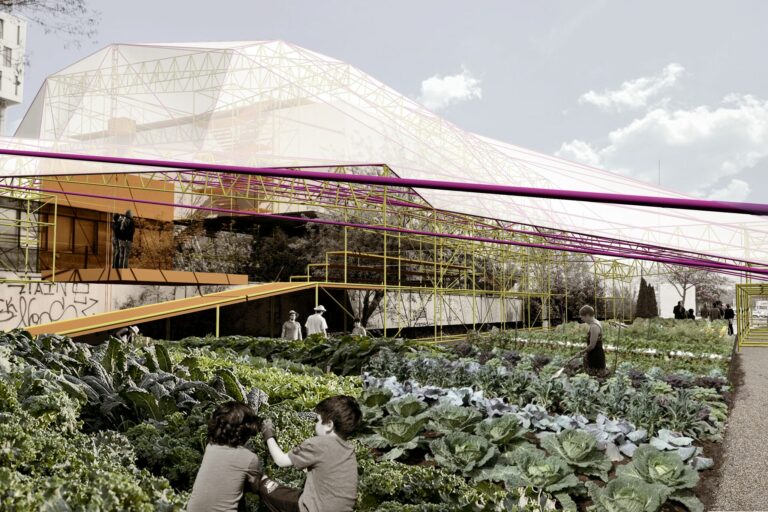 At the intersection of the axes lies the government and museum quarter, Marijin Dvor, masterplanned in 1957 as a socialist modernist urban extension by Juraj Neidhardt who worked in the 1930s in Le Corbusier’s Parisian office. The pilot design intervention developed by U-TT, in collaboration with Baier-Bischofberger Architects (BBA), focused on the integrated regeneration strategy for the deteriorated modernist building that hosts the National Historical Museum of Bosnia and Herzegovina and its surrounding landscapes. The museum was exposed to major war destruction as well as post-war decay due to lack of governmental funding dedicated to cultural institutions.

U-TT and BBA propose to sheath the museum in a transparent vinyl skin that leaves the decay and patina of the original building intact, while juxtaposing the old and new. Wrapping the existing museum is a potent act imbued with both symbolism and function. Suspended on scaffolding, the skin represents a first move towards stabilization of the degrading structure and a nobudget base for future repairs. Covering the current structure will create new spaces of engagement and interaction around the museum. The project aims to activate the contested site, bringing back the public function to the forefront by creating a meeting place for exchange, education and recreation, as the currently characterless landscapes around the Museum will be transformed into a vivid public hub.

Read more on the (Dis)continous historical urbanism of Sarajevo in the current Topos issue. 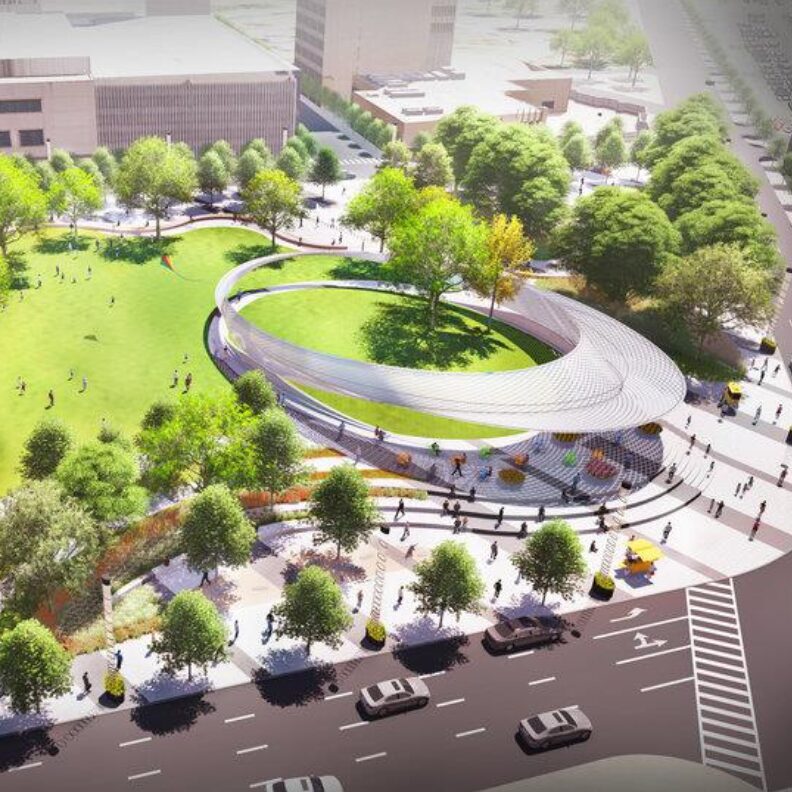 The urban country living of tomorrow 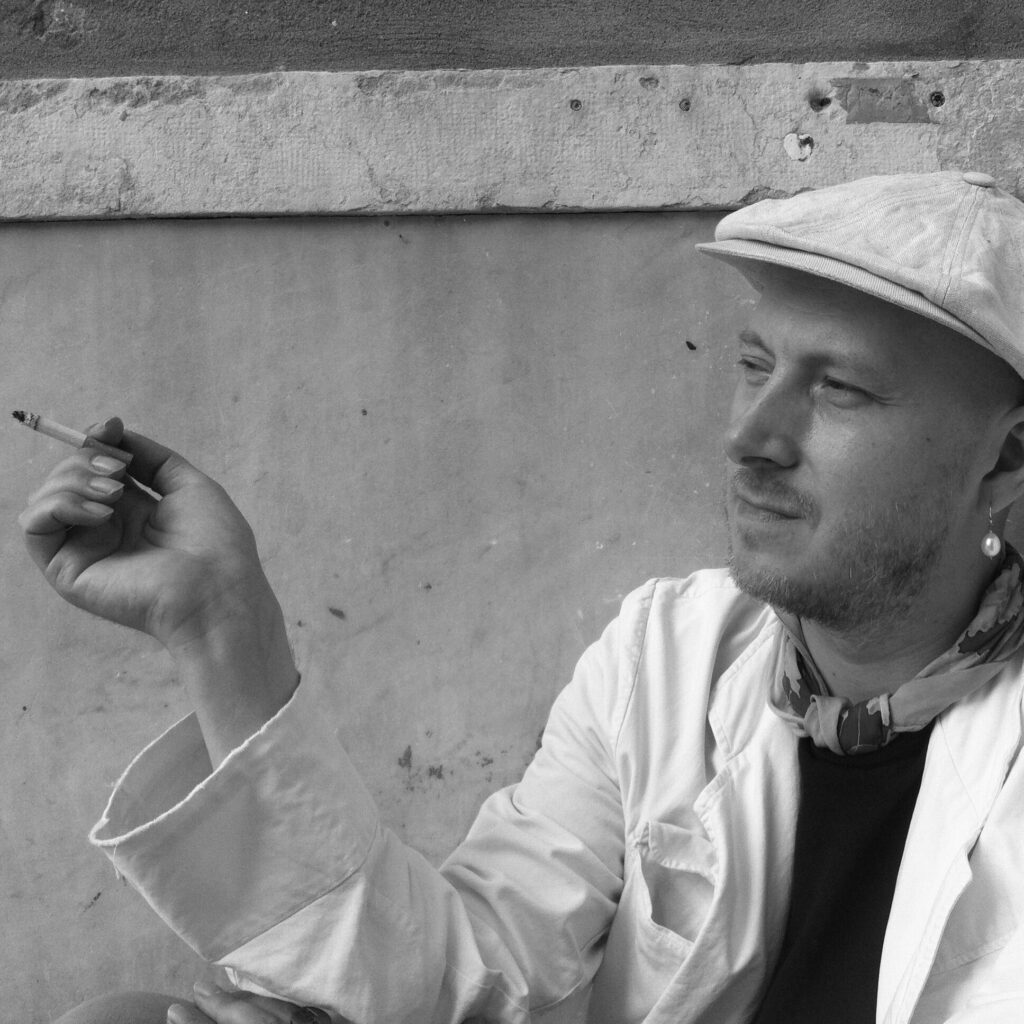